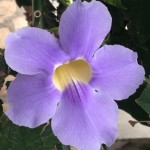 When I discovered that Mexico City houses two sinking cathedrals—the ornate Metropolitan Cathedral of the Assumption of Mary and the Metropolitan Tabernacle beside it (now joined as one building)—I felt very sad. The Cathedral houses two 18th century pipe organs, which are precious things to me. I love organ music and do my best on a nice little Wicks pipe organ in the Sunday Services of my own church. So, to me the Mexico City cathedral organs were definitely a “See it before it’s gone” matter. 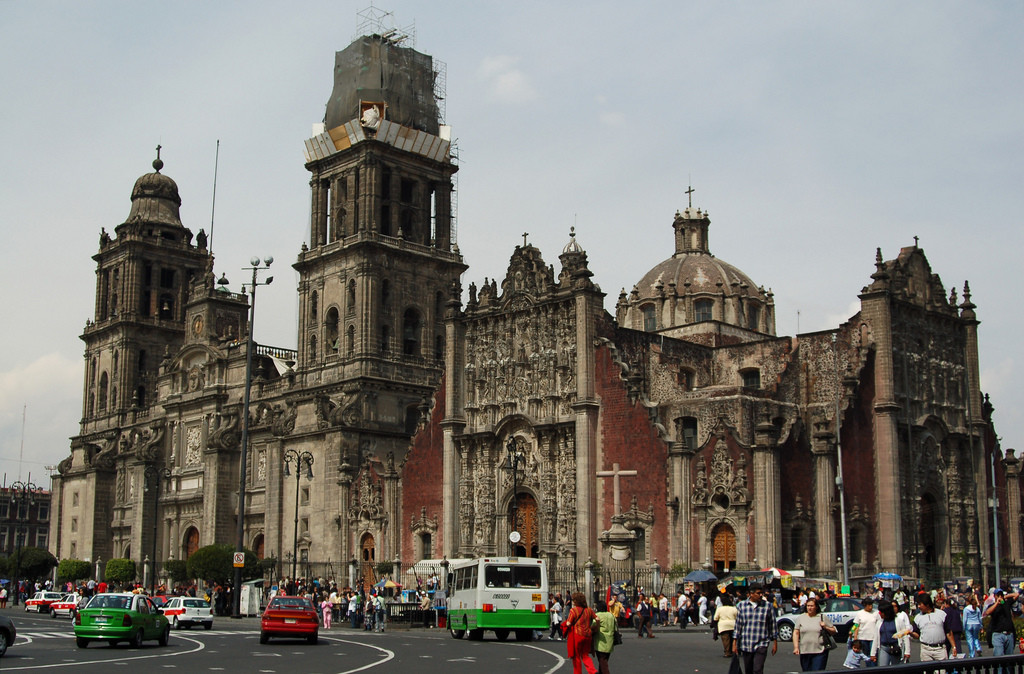 The organs have had a difficult history. After languishing in disrepair and unplayable for many decades due to the heat and humidity of the climate, a fire in 1967 seemed to have sealed their fate. But I had read that recently both organs had been restored and I longed to hear them played. 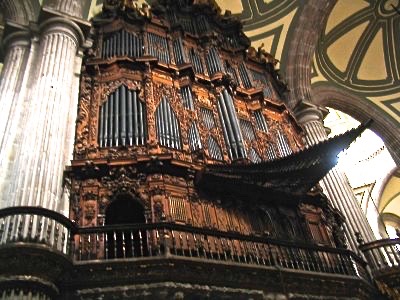 When I inquired of our local guide, Ignacio, as to when that might be possible, he was unaware that the organs were in working order. I guess not everyone’s heart revolves around the fate of a pipe organ.

Of course, all of Mexico City is gradually sinking along with the cathedrals, their 25 bells, and the two organs. The city began as an island in a lake that was gradually filled in over the centuries—but still!

The idea of two pipe organs sinking into oblivion inside a magnificently ornate cathedral was disturbing. There is something more than melancholy about two grand instruments making music as they go down.

An imposing structure, the National Palace contains offices for bureaucratic processes, but part of it is a museum which is open to the public. The throne room and its ceiling are excellent examples of its Spanish/European heritage. 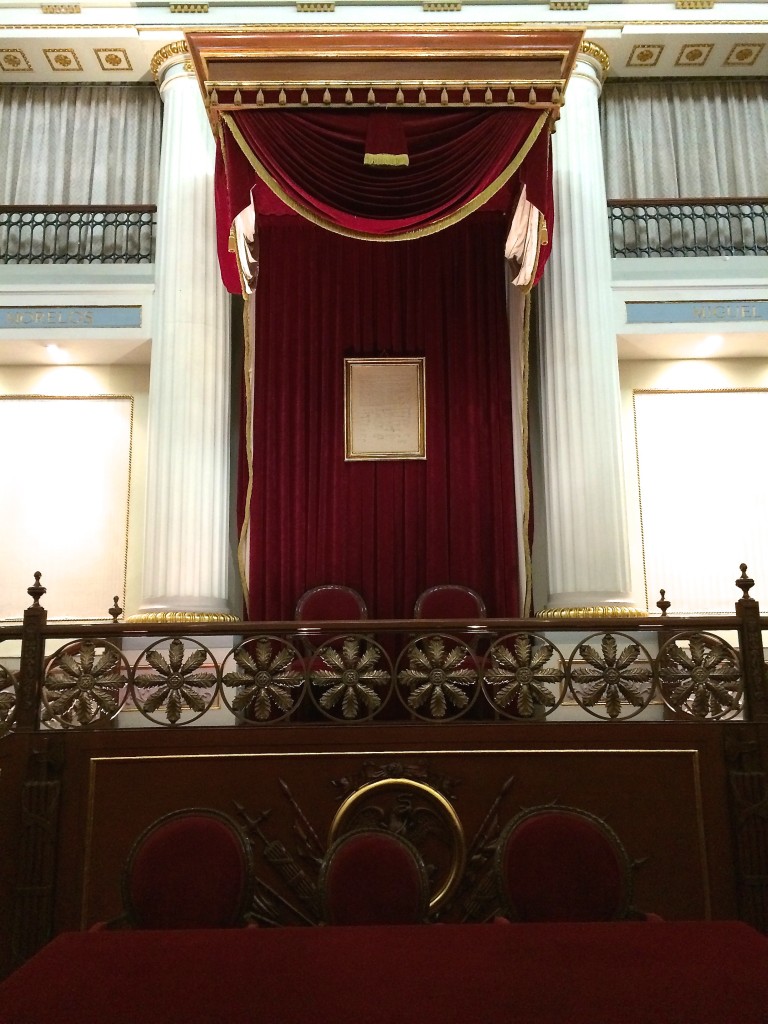 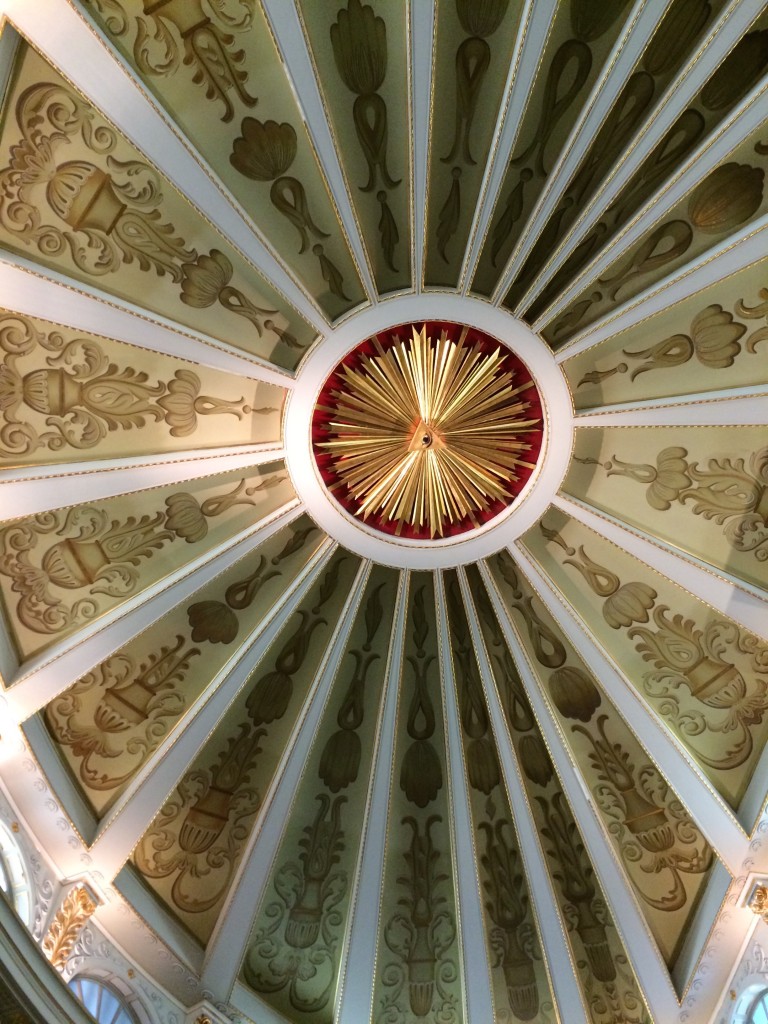 After seeing the murals by Diego Rivera in the Anthropology Museum that depicted the traditions of the Mayans, I was very interested to see his triptych of murals in the National Palace. Entitled “Epic of the Mexican People,” it ambitiously depicts the history of Mexico from the beginnings to the 20th century. 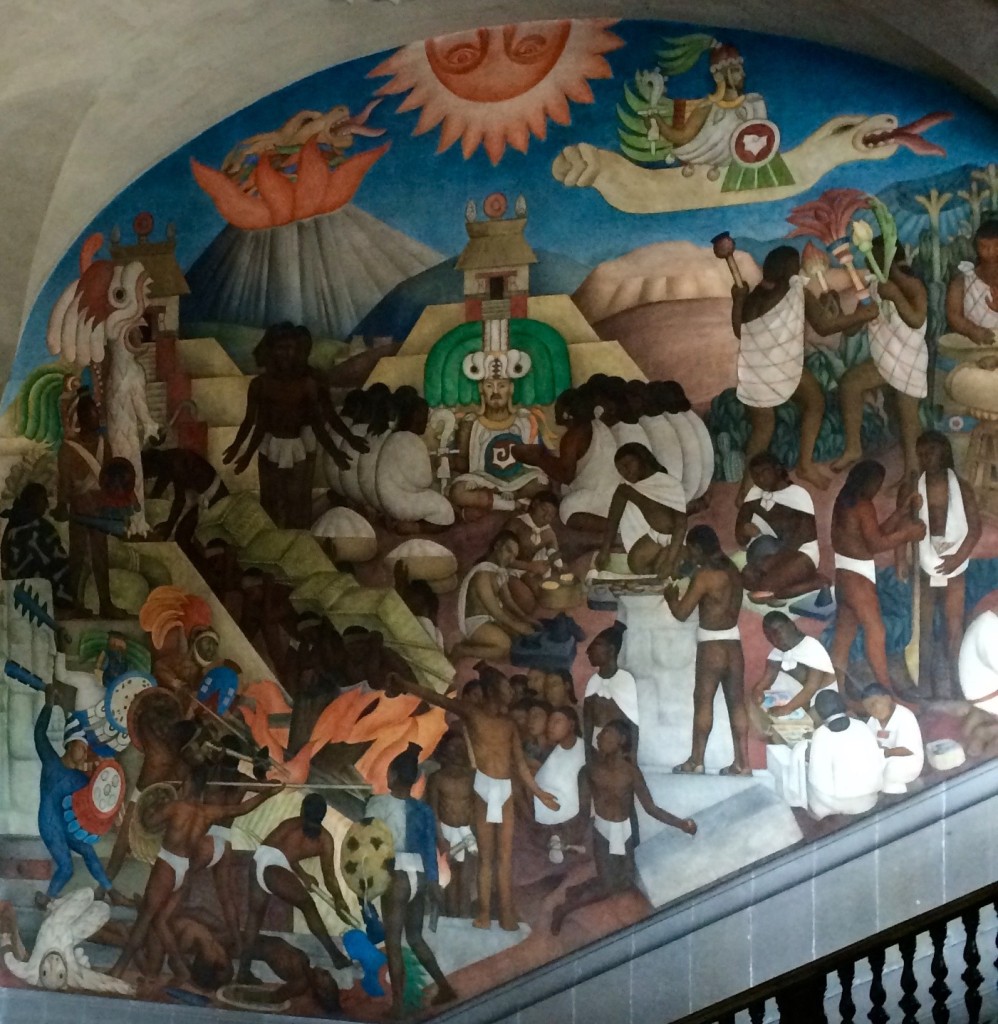 Diego Rivera – Christ in the Americas

Rivera extensively interviewed the indigenous Mayan population as to their traditions and legends, and shaped his portrayal of their history acording to their unique worldview. Because of his fieldwork, and despite complaints by museum archeologists and local Christian groups, Rivera included the figure of a risen Christ seated with his apostles on either side. Apparently the story of Christ’s visit to the Americas was such a strong part of the folk tradition of the indigenous Mayan peoples he interviewed, that Rivera refused to comply with accepted archeological or traditional Christian thought.