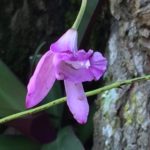 Fine music changes hearts and connects the world. If I could clone myself and a few musical friends a hundred times over and go out to every group of children thirsty for music, I believe it would contribute immeasurably toward the happiness and peacefulness of homes and communities. Destroy music, or say that what is beautiful is boring and what is ugly is cool, and you’ve got a topsy-turvy world of stress and grief.

As you may deduce from this statement, my role on this humanitarian endeavor is gradually turning toward music. I’m accompanying congregations and choirs and children quite regularly these days. I find it so pleasurable that I wonder sometimes if I’m serving my fellow man as much as I’m indulging myself in a favorite pasttime.

Maintaining acoustic instruments in a tropical climate, however, is exceptionally difficult. When I arrived in Santo Domingo, I was delighted at the sight of an ebony grand piano in the foyer of our office building. That is, until I played it. Apparently it had suffered every indignity possible at the hands of man – from being spray-painted outdoors so that all the keys stuck together, to being subjected for decades to varying levels of humidity and temperature, the wood constantly expanding and contracting.

The top half of the piano was so brilliant I needed earplugs, and the bottom half was so muffled it sounded more like a percussion section than a piano. I discovered a technique for getting a decent sound out of it, though. I kept my left foot down on the damper pedal and played the left hand with a distinct, percussive action while trying for a light legato in the right hand. Tricky at first.

Last week the ebony grand disappeared. Gone. The word is that in a few months an electronic instrument will replace it.

Organist at the Episcopal Cathedral

The organist at the Episcopal Cathedral of the Epiphany (Anglican) had a similar problem to mine today. I had been invited to plan a recital with the man, so went to introduce myself and visit with him after the service. When I saw the ancient console he was playing on, I had to catch my breath. Some keys and pedals didn’t play at all, and some played all the time unless he lifted them up. Some pipes didn’t sound, some sounded off-key, and some emitted strange tones. However, he knew the instrument so well that he created beauty despite its disabilities and idiosyncrasies. Sometimes I wonder if that is the same challenge we seniors have with our bodies!

Truly, he made lovely music on a nearly unplayable pipe organ. He changed each verse of every hymn as to registration and harmonization, and concluded with a very respectable Bach postlude. He told us that the Episcopal church has plans for completely renovating the organ, so he wouldn’t consider a recital until then. I am getting used to the speed at which things unfold in the Caribbean, however, so maybe I’ll still be here and maybe not.

Friends with musical children invited us to attend an open-air children’s concert in the park across the street from our building in the heart of Santo Domingo. Even though it was nearly evening, the concrete seats were still hot from the afternoon sun. We had to roll from one side of our buns to the next and occasionally stand. That’s how hot it was!

A few minutes before the concert began a man walked by carrying chunks of styrofoam for his family to sit on. He wordlessly handed each of us a piece. Here we were . . . two complete strangers. Also while we were waiting for the concert to begin, a young woman we’d never seen before came to greet us and welcome us to the concert. Events like that remind me that: 1) we can’t pass for locals in any public gathering, and 2) there are kind and thoughtful people living all around us.

The children of the Youth Orchestra performed the music well and we enjoyed our evening. 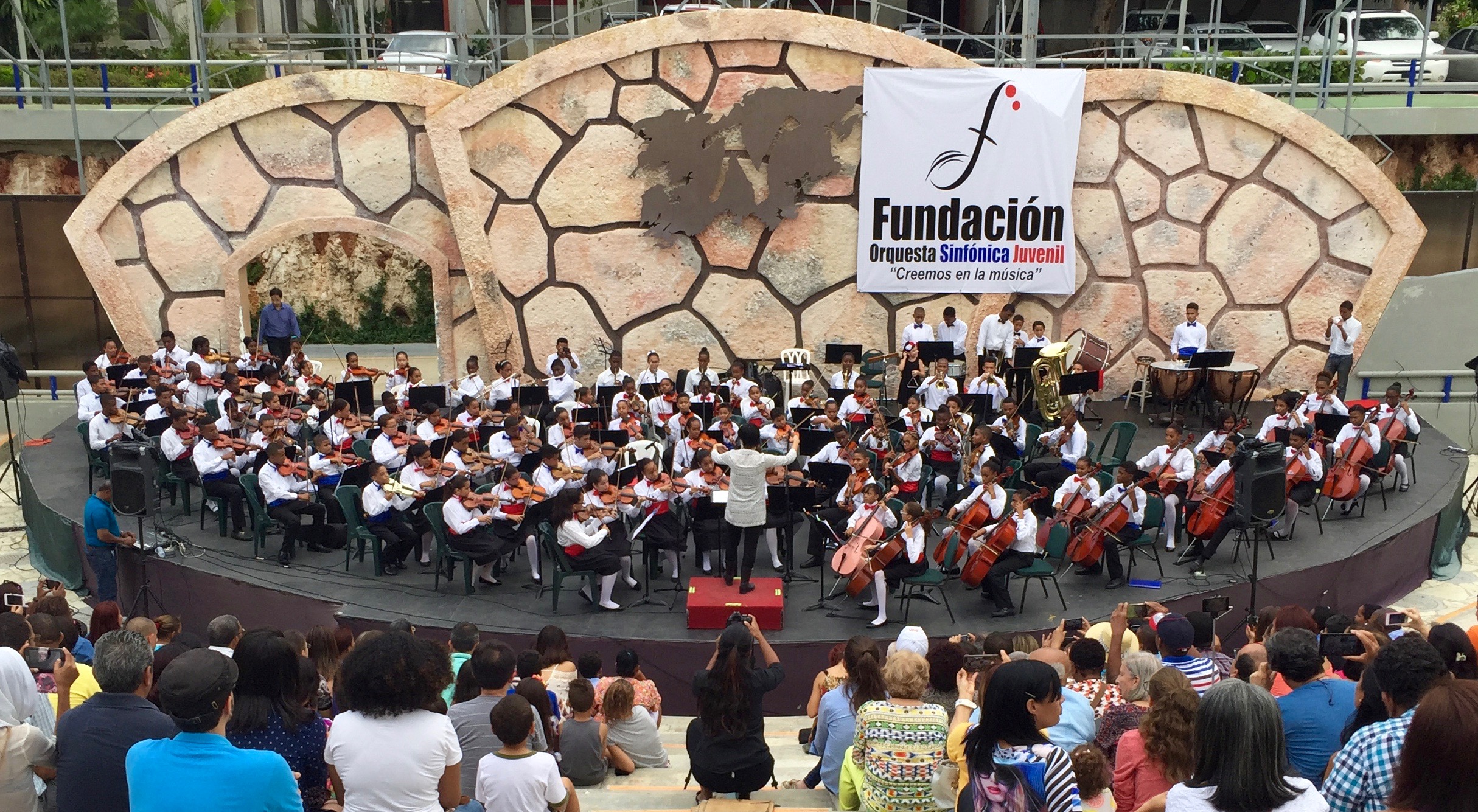