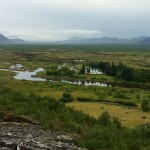 Several more favorite short walks in Iceland have to be included in my list of top-tier hikes. We’ll always remember our visit to little mount Helfagell in the Snaefellsnes Peninsula, partly because of its Viking history and partly because it was so hard on us. For similar reasons, we’ll probably always remember our time at Pingvellir in the Golden Circle (below) as well. Both sites are beloved of Icelanders as well as tourists.

Holding on at Helgafell

Despite a ferocious wind, we decided we absolutely had to climb Helgafell, the small mountain sacred to the Vikings. When the early settlers became old and felt death approaching, they would climb the little mountain and offer their life to the gods. 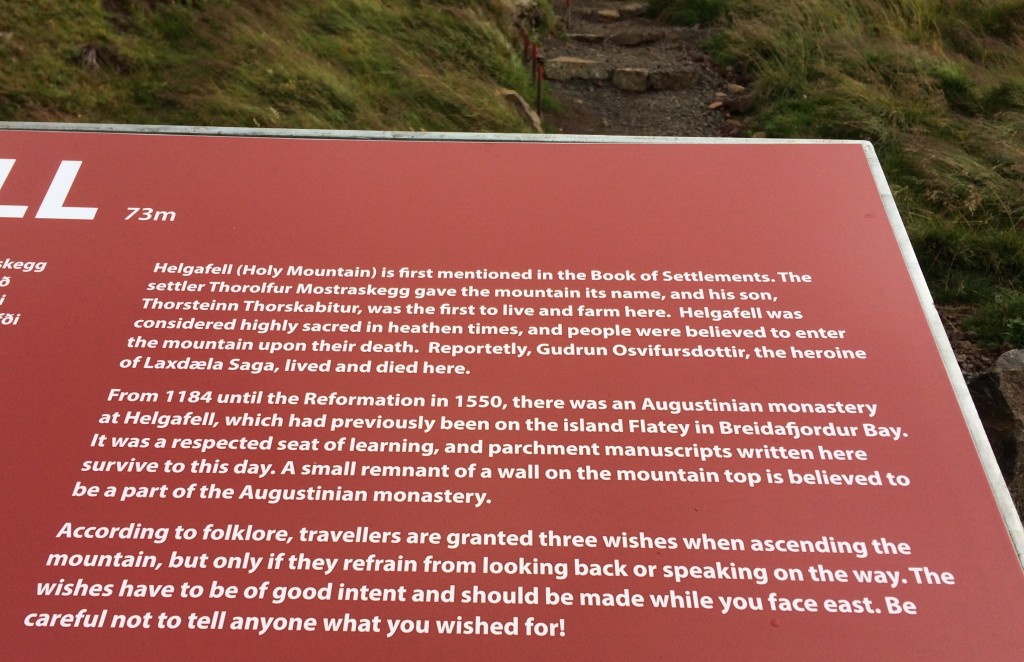 I’ve included the signage which gives the history. My daughters like to tease me about my love of information. I endured teenage groans for way too many years, all due to my  penchant for stopping at roadside points of interest. Even now as adults they claim that if a salesman gives me enough information, I’ll buy anything!

As you can see, the extant tradition of Helgafell involves three steps which we intended to duplicate:

1. Locate and pay respects to the grave marker of Gudrun.

2. Climb the hill in silence and without looking back.

3. At the top, locate the remains of the Augustinian monastery and then turn to the east and make three good faith wishes that will bring harm to no one. Keep them secret. 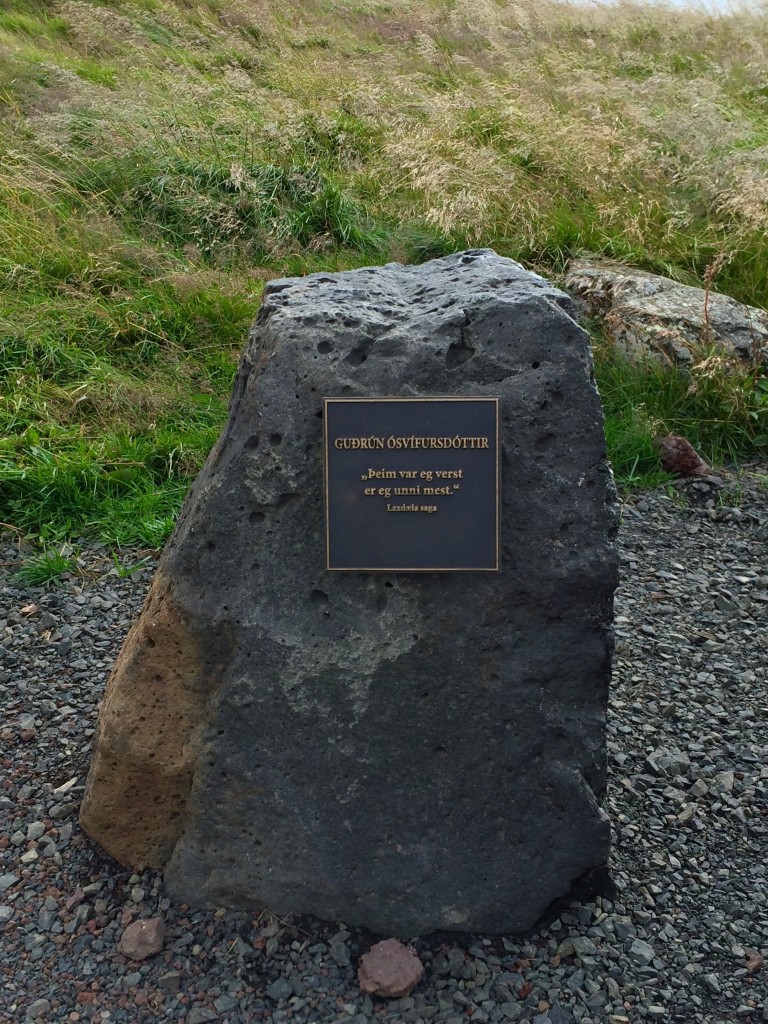 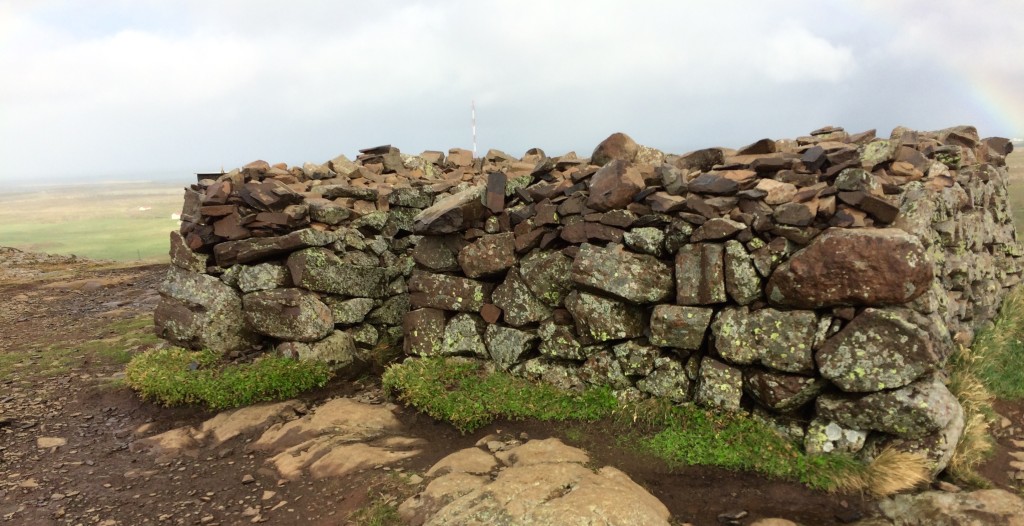 We thought, “Okay, we can do this!” and buttoned up our coats. We found the marker for Gudrun that begins the path up the hill, but were a little foggy as to what respects she might prefer. We said, “Hello, Gudrun,” as respectfully as we could and called it good. Step one done.

Then the wind hit us

When the wind hit, we quite literally staggered up the hill. That was probably the most aggressive wind I’ve ever encountered. We had to grab at the stunted bushes to keep ourselves upright. Such a close encounter with nature meant that my daughters discovered crowberries in the ground cover (left) and ate them along the way. I was too busy clutching rocks and shrubs to notice.

Steps two and three were a muddle. Yes, we were silent because the wind blew the words back into our mouths. By the time I struggled to flat ground and found there was nothing on the top but a pile of rocks (hence, the monastery remnants), I was holding on to my perception of up and down for dear life. I can only hope I managed to find east — I really needed those three wishes to come true!

The photos above prove that I made it from bottom to top! (The fact that I’m writing about it proves I made it from top to bottom again.) Incidentally,it seems to me that the ancient Augustinian monastery had to have been very small to have fit on top of that little hill.

To photograph the wind

I wish it were possible to photograph wind itself, and not just the effects of it. Without any trees bending double, you can’t see the strength of the gale from these photographs. But then, suddenly, the rain stopped and a  rainbow appeared. The wind still raged, but in the arc of that rainbow I experienced a moment of transcendence in which I felt I had managed to arrive in the right place at the right time with the right heart. 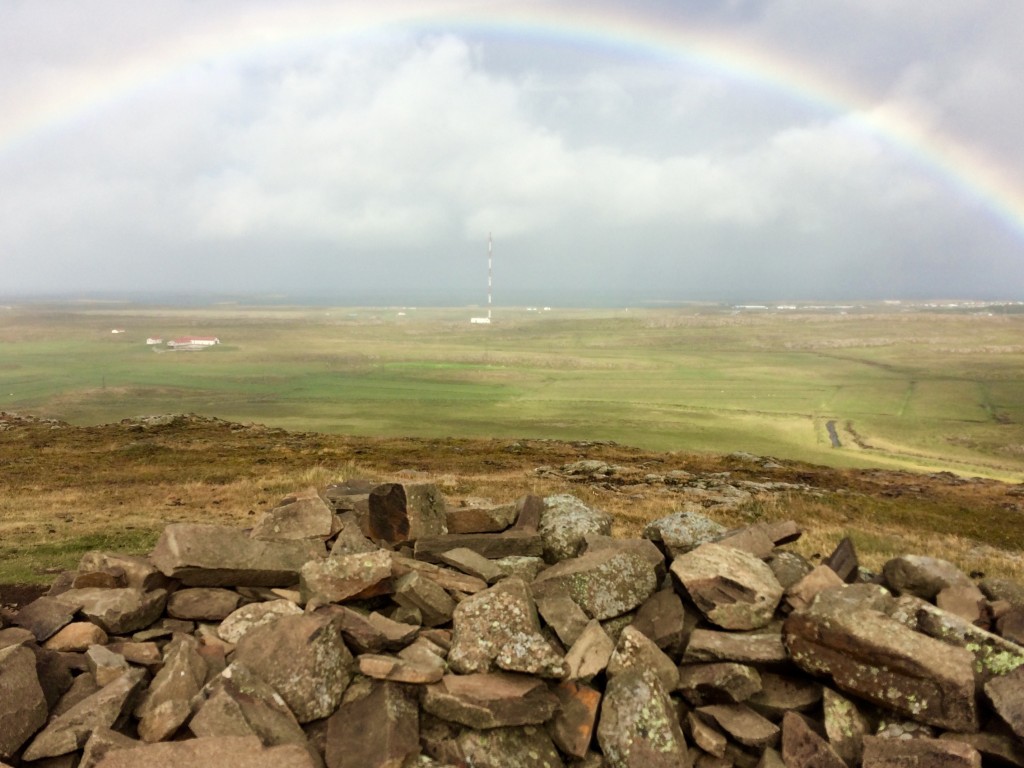 Exploring Pingevellir, Iceland’s most famous national park and a UNESCO National Heritage Site, encompasses a maze of possibilities. Learn as much as you can about the site before you go. Everything you see will be far more meaningful if you do. Did you know that “the Viking’s established the world’s first democratic parliament, the Alping, here in AD 930” (Lonely Planet, p 96)? You have to use your imagination to place the events of the saga tales in their appropriate setting, but I think that’s half the fun of travel. 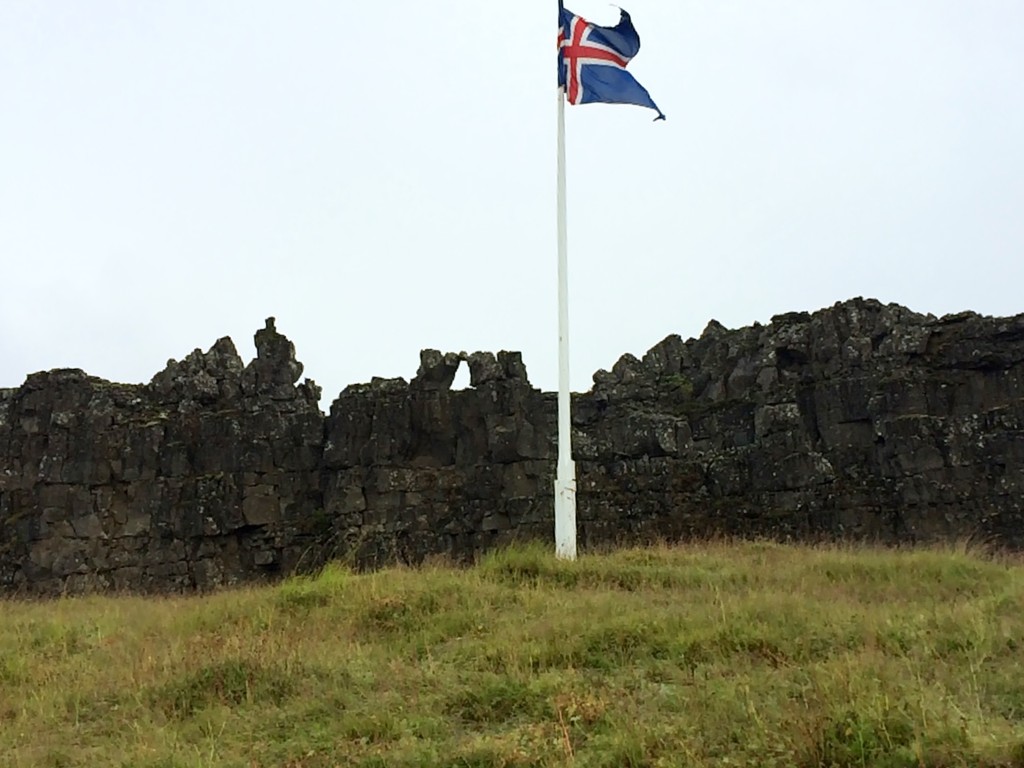 We tried to sandwich our hikes the first day around our excursion through a near-by lava tube and our snorkeling expedition in the Silfra Fissure. For a senior, those two activities are very vigorous and somewhat taxing. Not only that, I stubbed my toe on a small rock while walking from the fissure back to the equipment staging area. But the size of the rock didn’t matter at all. We were so bundled up against the frigid water that I couldn’t catch myself, and for the same reason both my daughters watched me topple without being able to reach me.  The fall stunned me for a few moments and considerably injured my right shoulder. But nothing was broken, so I picked myself up and muddled through. 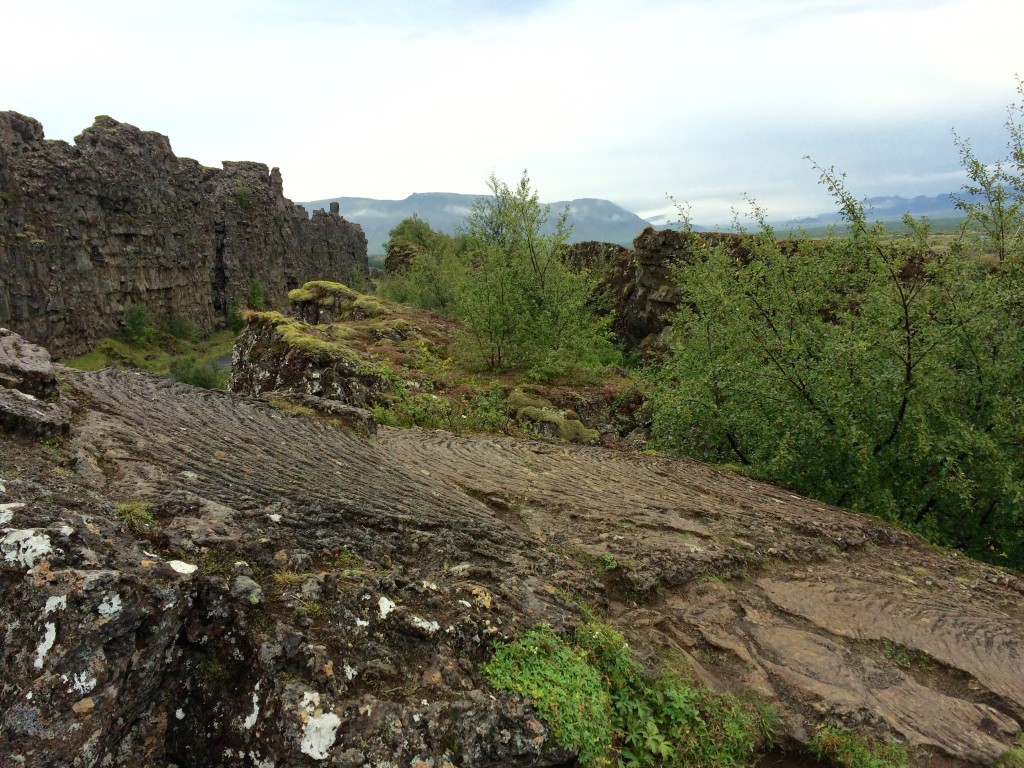 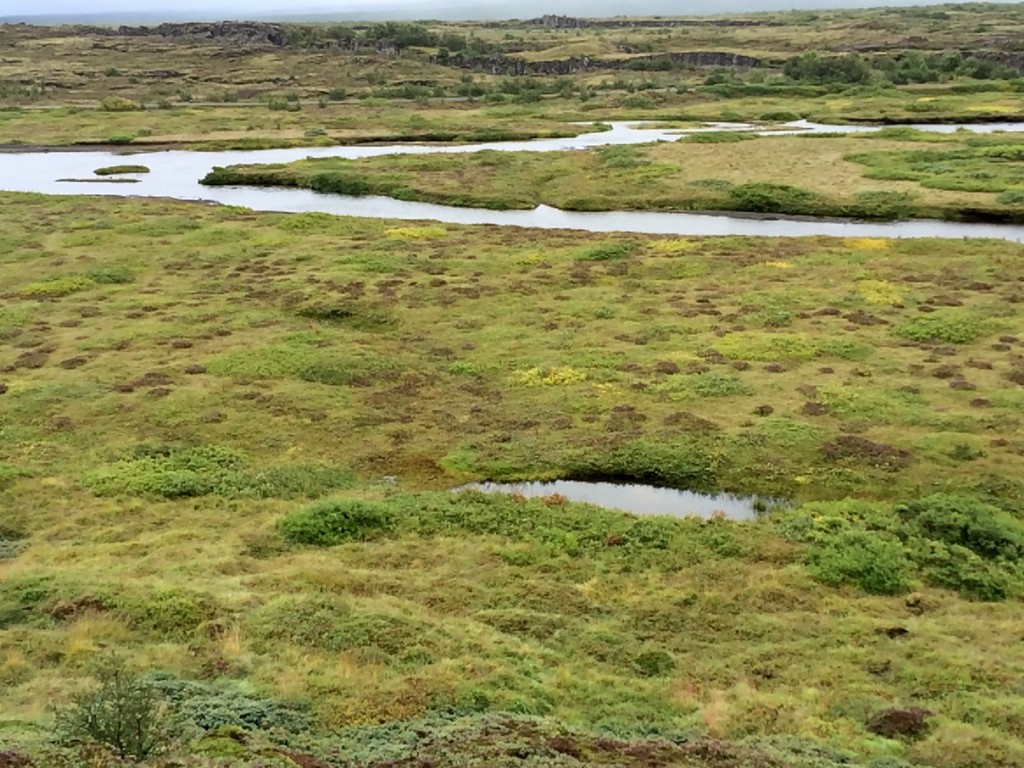 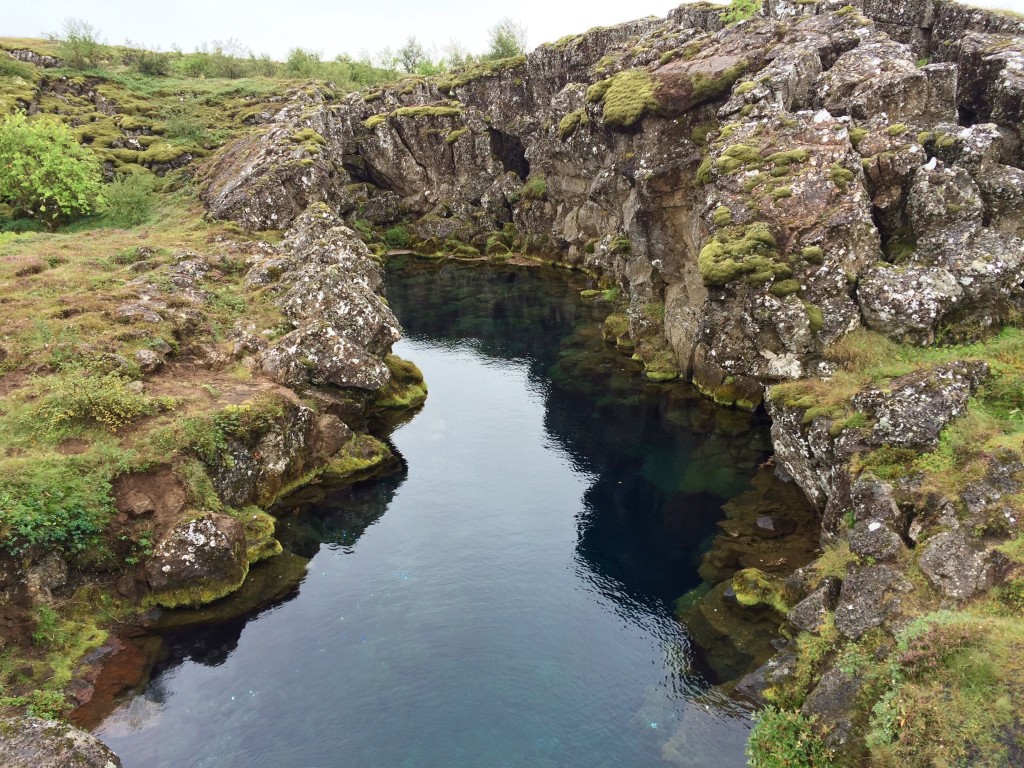 At the end of the day, however, we knew we had only scratched the surface of possibilities at Pingvellir. Subsequently, we made time to return a few days later and I’m so glad we did. 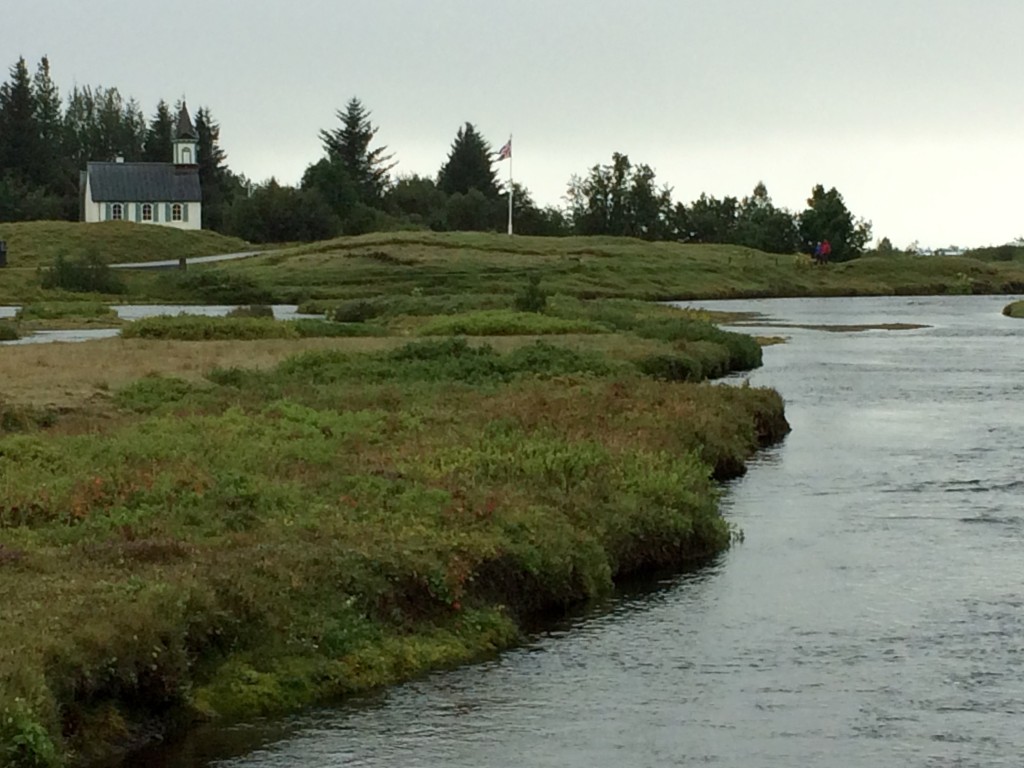 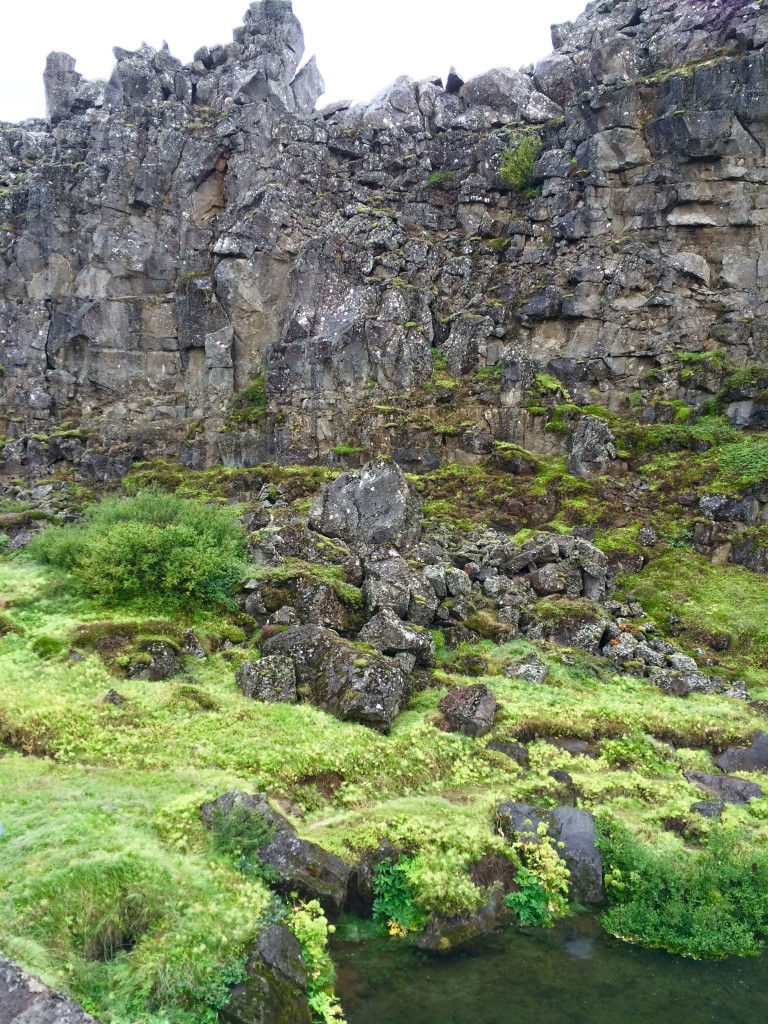