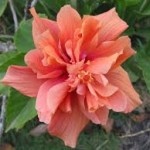 The Macaws of Copan, Honduras, accompanied us on our afternoon walk into the ancient monuments of Copan. High above us in the trees, their cries announced their presence. Not realizing what was in store, we stopped and gawked, searching the dense growth with our field glasses to get a glimpse of the beautiful birds. Truly they are a spectacular creation in their brilliant red, yellow, and blue feathers. 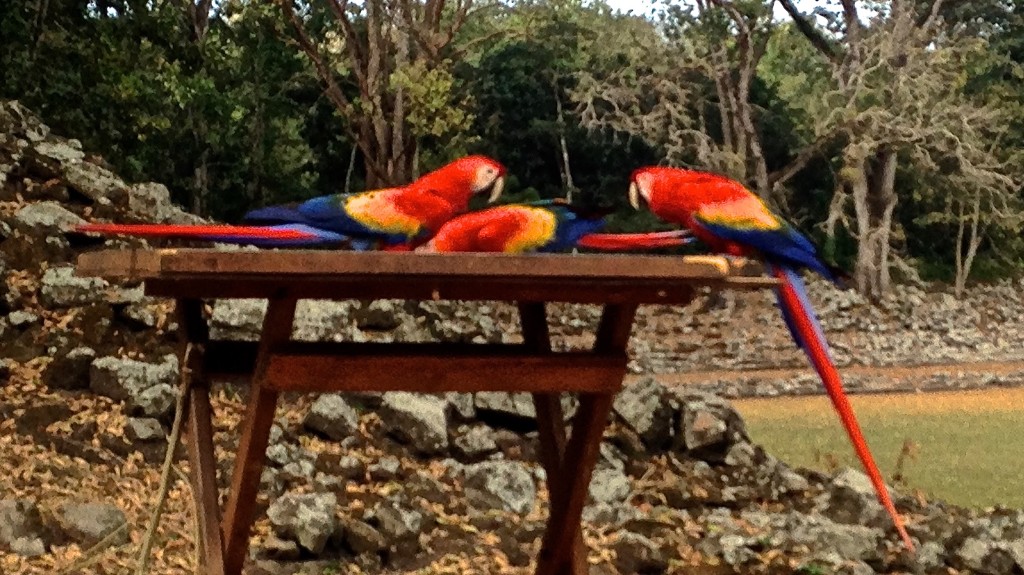 The closer we came to the open grassy area where the artifacts are located, the lower in the trees the birds perched. As the path through the trees opened onto the grand site, the park officials had installed a large rectangular wooden feeder box with a horizontal perching pole above it. That gave us an up-close and personal look at the macaws feeding there. They were free to roam the jungle, but they stayed near-by to take advantage of the plentiful food.

For a few more minutes I watched the gorgeous macaws swoop through the skies in formations of five or six, as precise in their flight as the Blue Angels of the US Air Force. I’d visited with a physics professor years ago who studied this kind of parallel behavior in fish. His research measured the electrical impulses that enabled them to turn and move in exact cohesion with their school.

That had to be what was happening in the flight of squadrons of macaws, I thought. After a while their cries seemed too loud and raucous, so I strolled out into the sunshine toward my traveling companions.

Suddenly from behind me a voice shouted, “Duck!”

I bent quickly. Just in time, as it turned out. A large shape whooshed past my head. “What! Was that macaw out to get me?”

At first I was scared he might make another pass. When he didn’t, I began to feel a little indignant. “The nerve of the bird!”

But then the perennial existential question surfaced. “Why me? Why did he choose me to dive-bomb? What did I do wrong?”

The macaw didn’t answer and no one else could tell me, either.