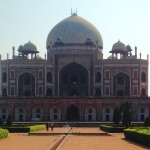 We said “Hello Delhi” at the Indira Gandhi International airport late at night, tired in body but exhilarated in spirits. We stepped out of the air-conditioned airport into the nighttime humidity of September on the heels of the monsoon season, poised for our initiation into India’s “Golden Triangle” consisting of Delhi, Jaipur, and Agra.

I didn’t know that night at the airport that Aparna, the tour guide, would turn out to be the best thing to happen to our tourist-selves for the coming week. We would discover Aparna to be funny, bossy, and knowledgeable—a complete delight. As our journey unfolded, she provided the climate for the group to renew our determination to make the new and strange become a knowable part of our lives.

Aparna asked if we would like to begin the day’s itinerary with a Hindu prayer. The vote was unanimously in favor. She lead us in “Omm” (repeated 3 times) and “Shanti” (also repeated 3 times).

At least once a day Aparna would say, “Show me your smiles so I can get energy from that!” Only a true extrovert thinks that way! With a black belt in martial arts, she was also uninhibited enough to demonstrate traditional Indian dancing. Best of all, through her M.A. in Indian History combined with her deep love of her native land, she was able to give us the best possible introduction to India.

Our first destination on our first morning will remain quintessentially India for me–the massive portal at Humayun’s Tomb. 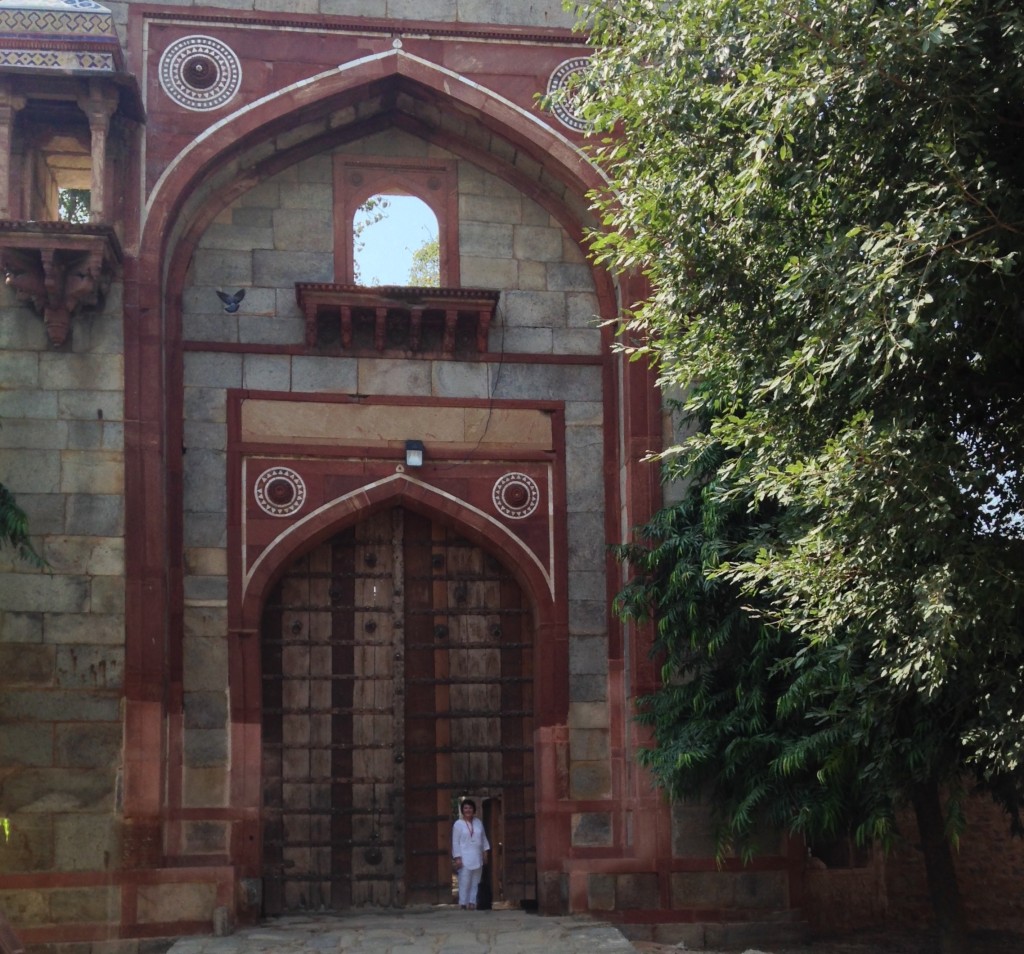 A UNESCO World Heritage Site, Humayun’s Tomb with its stunning gardens and architecture was lush, clean, and green from all the rain in the weeks prior to our visit.

In the fresh air of early morning, we had the place very much to ourselves, which is not how most people envision India.

Actually, Asa Khan’s Garden Tomb, which is much smaller and also found on the same site, pre-dates Humayun’s Tomb by about twenty years. So lovely.