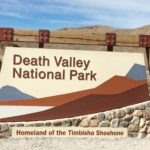 Massive rainstorms we experienced in October 2015 resulted in the Death Valley Super Bloom of spring 2016. We had been driving across the Mojave Desert from the beautiful Virgin River gorge, past Barstow and on to Los Angeles, when we hit the surprising storms. Death Valley National Park is the driest place in North America with an average rainfall of two inches or less per year. The clouds have already dumped their load on several mountain ranges before they reach Death Valley and have no more moisture to drop. Some years Death Valley receives no rain and other years it can receive six inches or more. Death Valley is the lowest place in North America with some parts registering 282 feet below sea level. The temperature in summer often exceeds 120 degrees F.

The approach to Death Valley 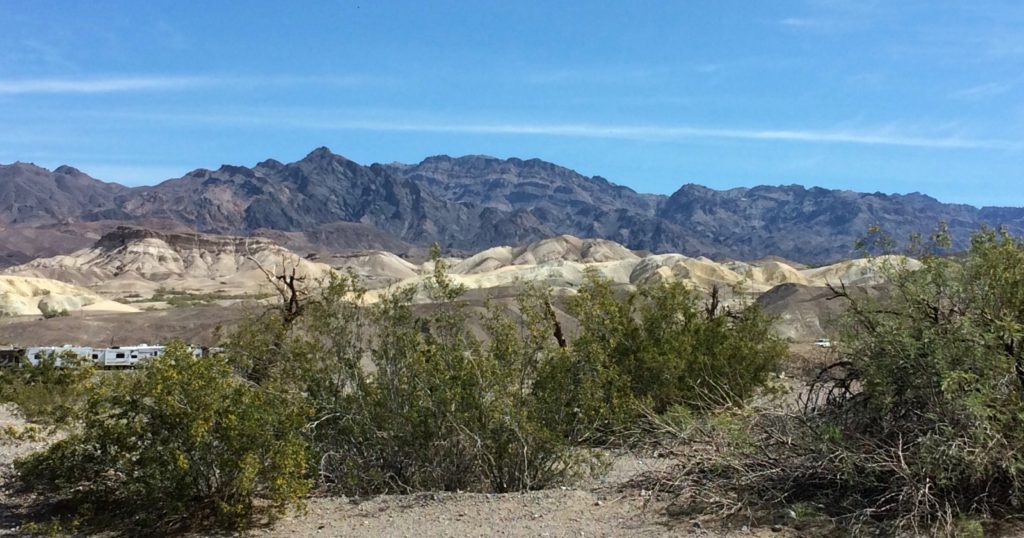 We had read about the bloom, a once in a decade phenomenon, and tried to clear our schedules to go see it as soon as we could. On March 9th after a night in Las Vegas, we approached the national park from the east and entered the forbidding terrain of Death Valley. 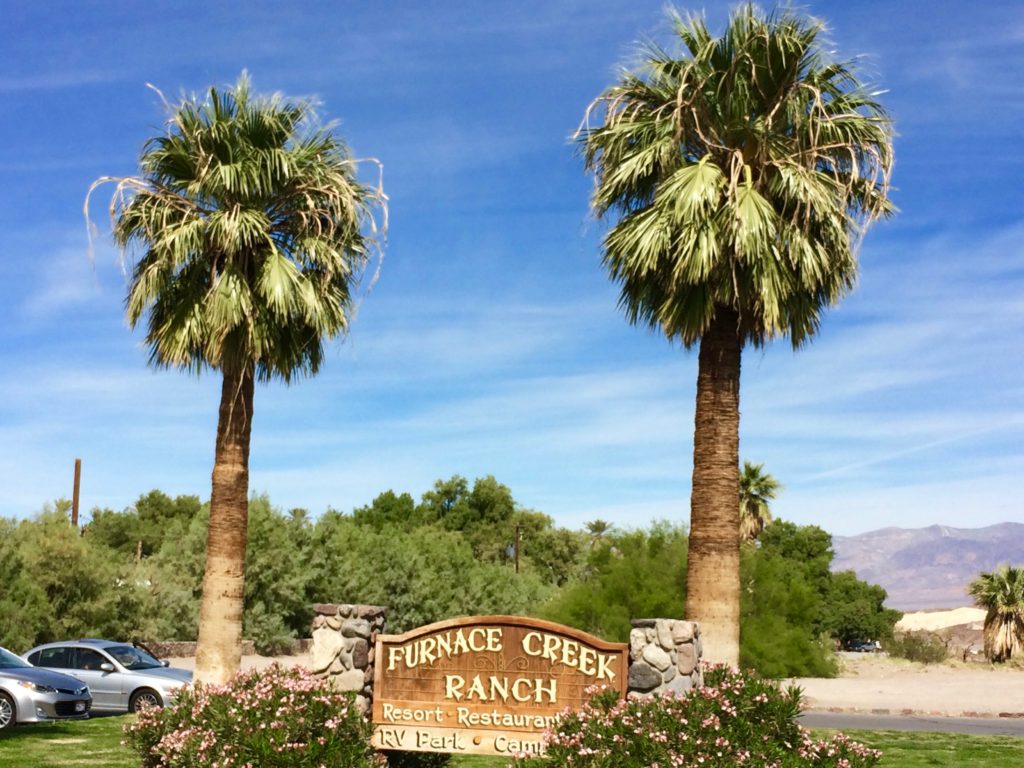 I hadn’t visited Death Valley before, and hoped we hadn’t missed the peak of the bloom. The vistas on our approach suggested more death than bloom, so we had our doubts. When we reached the Furnace Creek resort, however, it was an oasis with palm trees and flowers peeking through the sidewalk cracks. 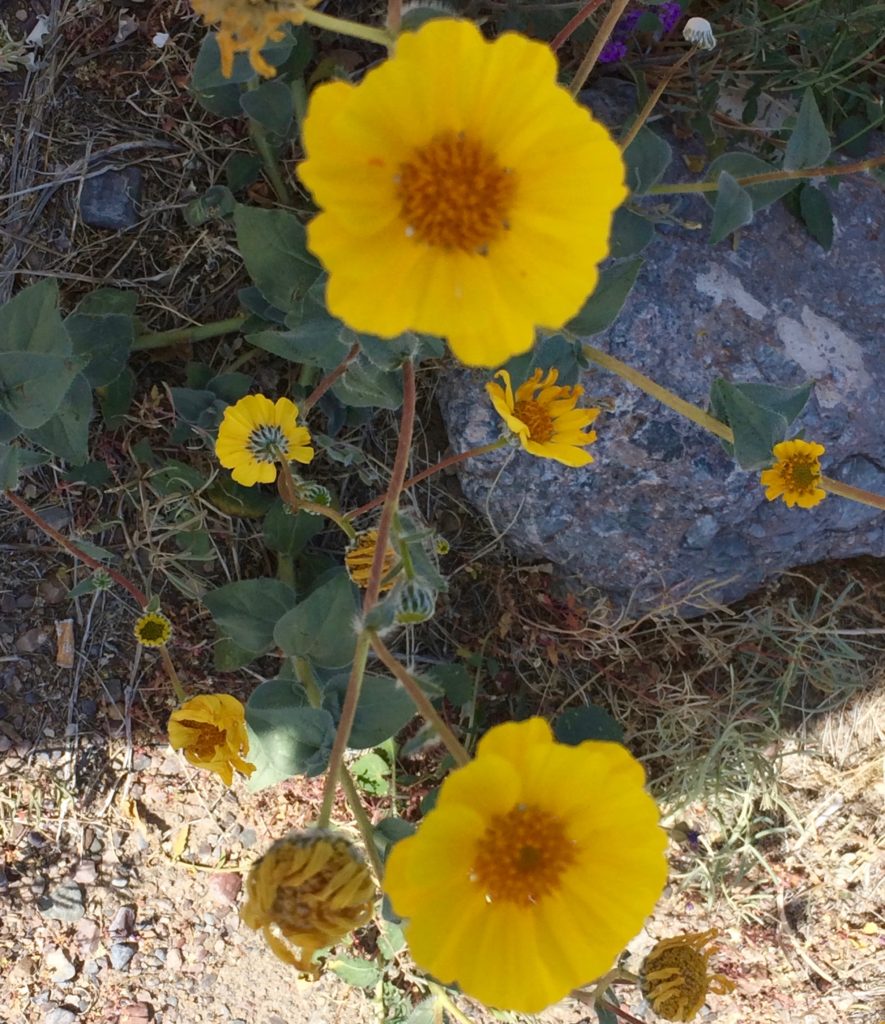 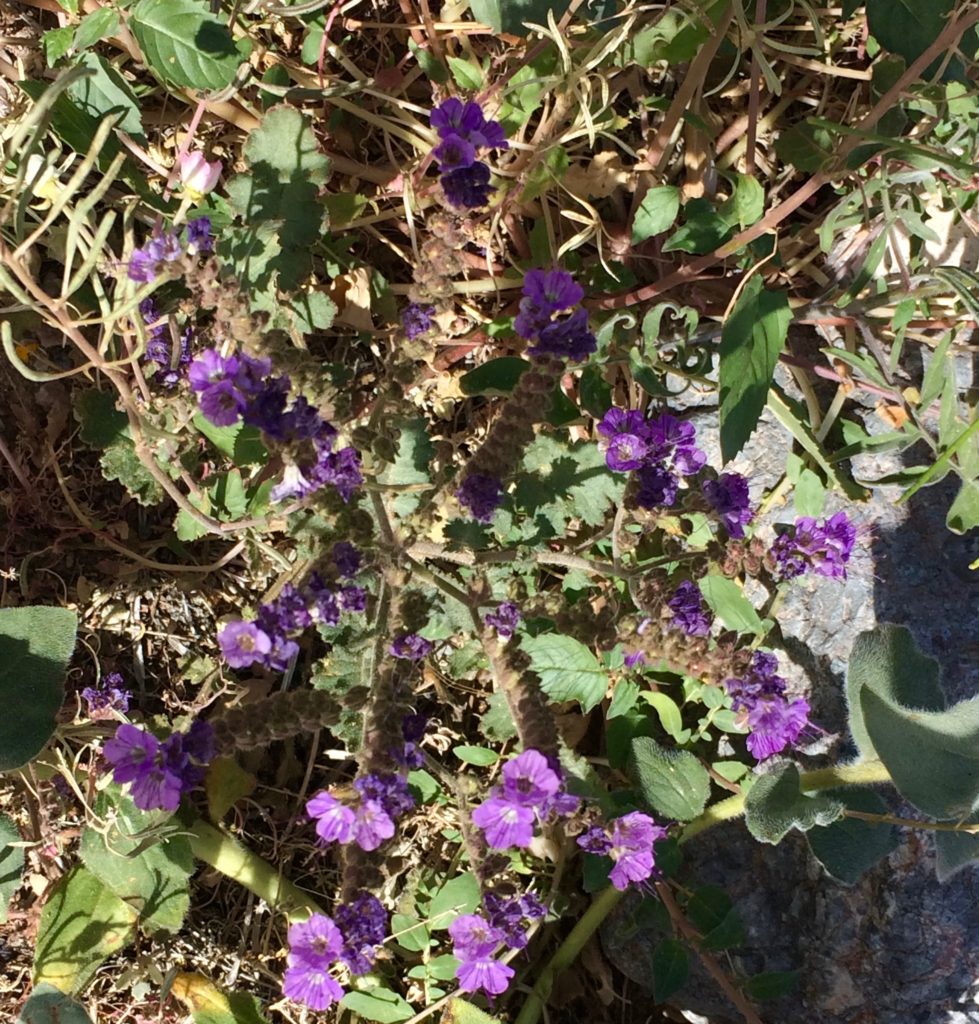 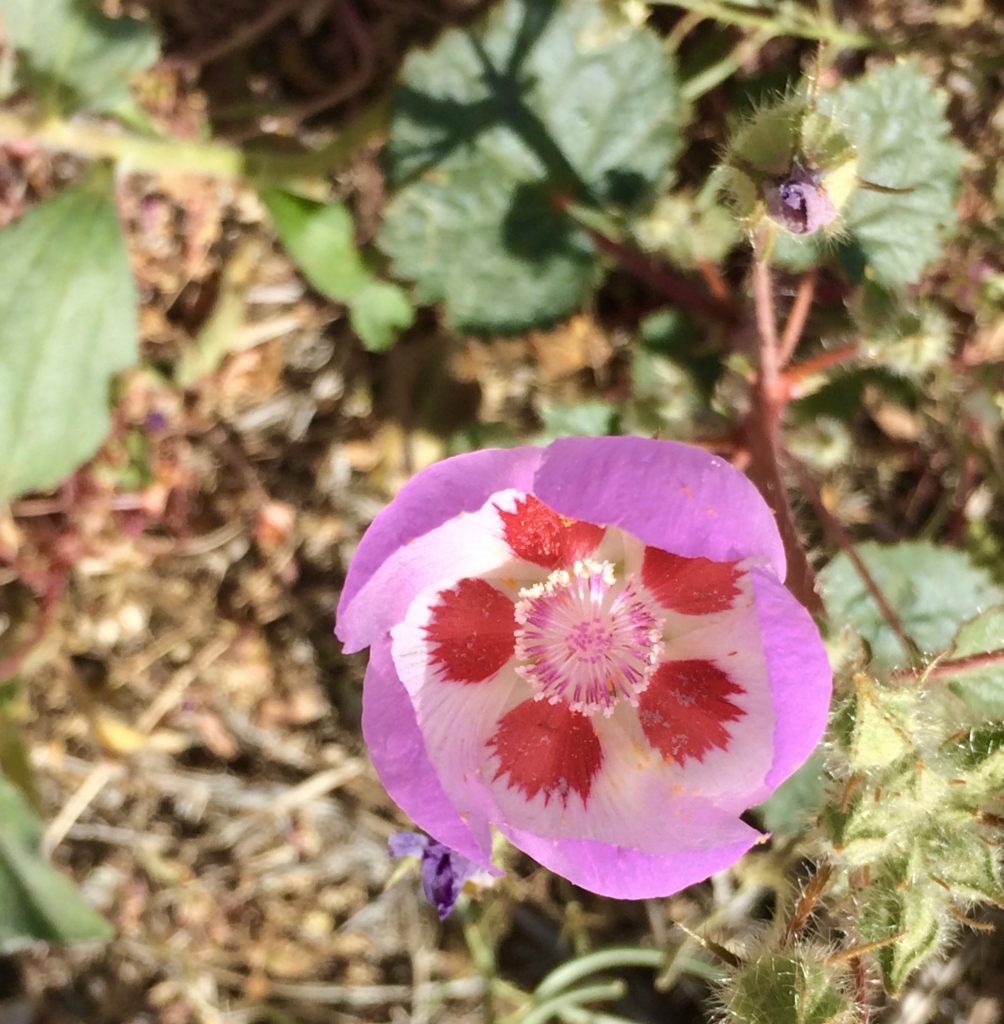 At the Visitor’s Center we learned that five sections of the national park were closed due to excessive erosion from the spring floods, including Scotty’s Castle. I guess that means we’ll need to come again to see that famous landmark of Death Valley. We also learned that the park had been subjected to high hot winds the weekend prior to our arrival and the lower elevation blooms were blasted. A hike into the canyons would be our best chance to see the remaining flowers. The sky was blue and cloudless, so a flash flood would be unlikely–we had a good chance of coming out alive! 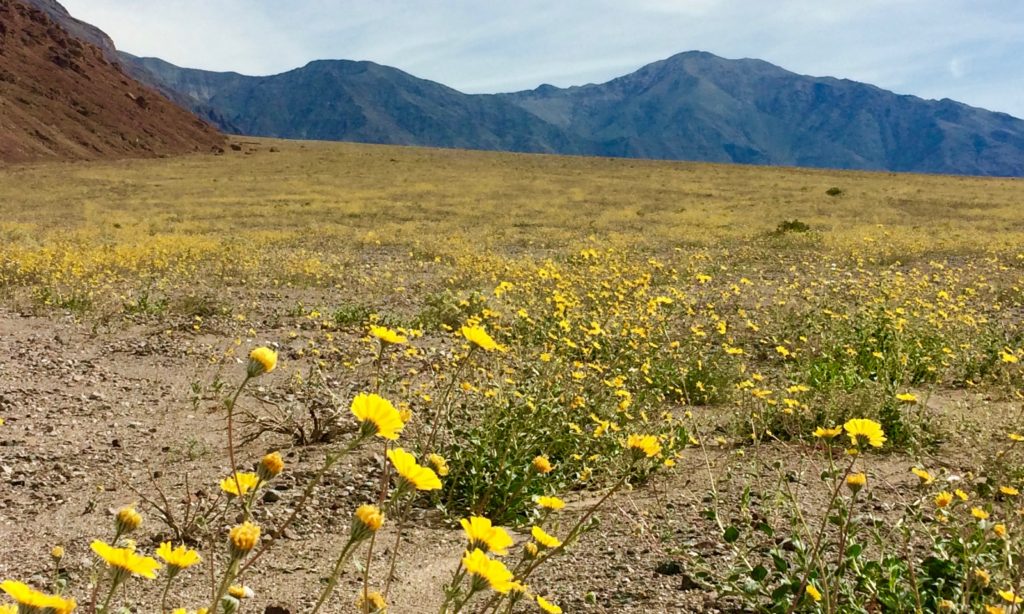 You have to keep in mind that a super bloom in the desert means a skiff of flowers instead of the usual pattern of sun-dried mud. Given the context of the area, just one flower seems like a gift and a field-full seems like a miracle. 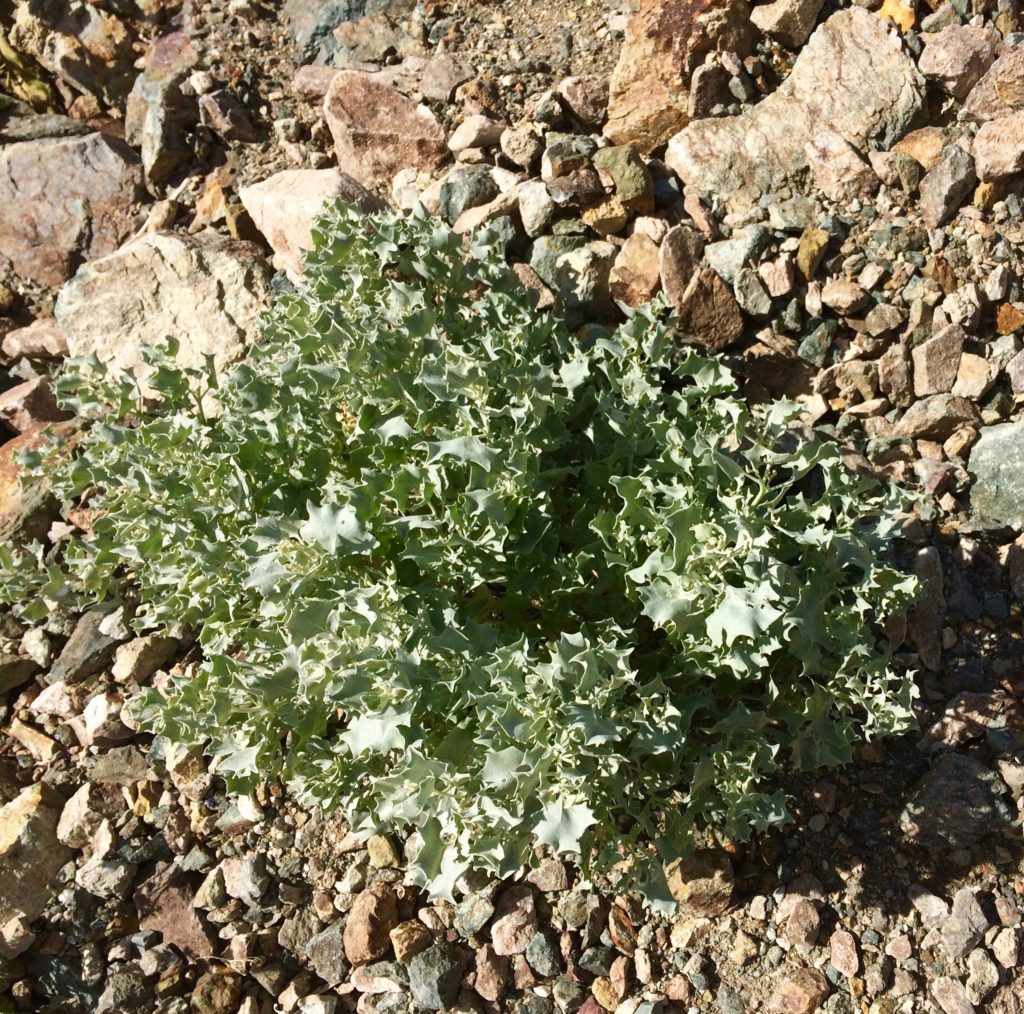 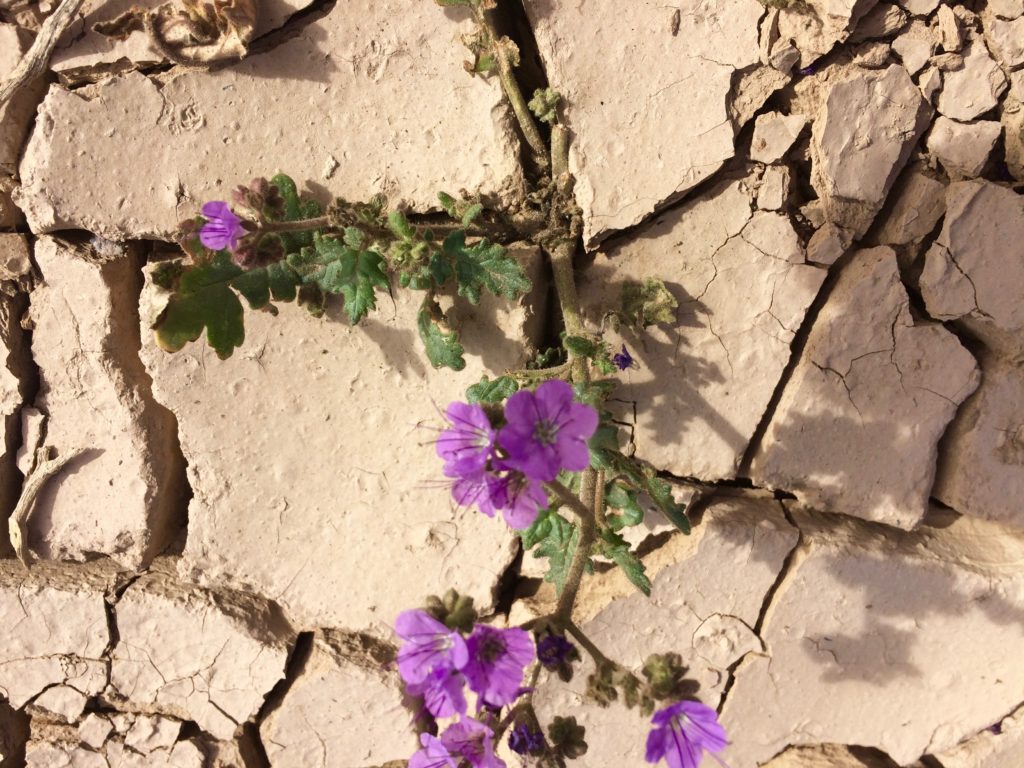 Flowers amidst signs of vanished water 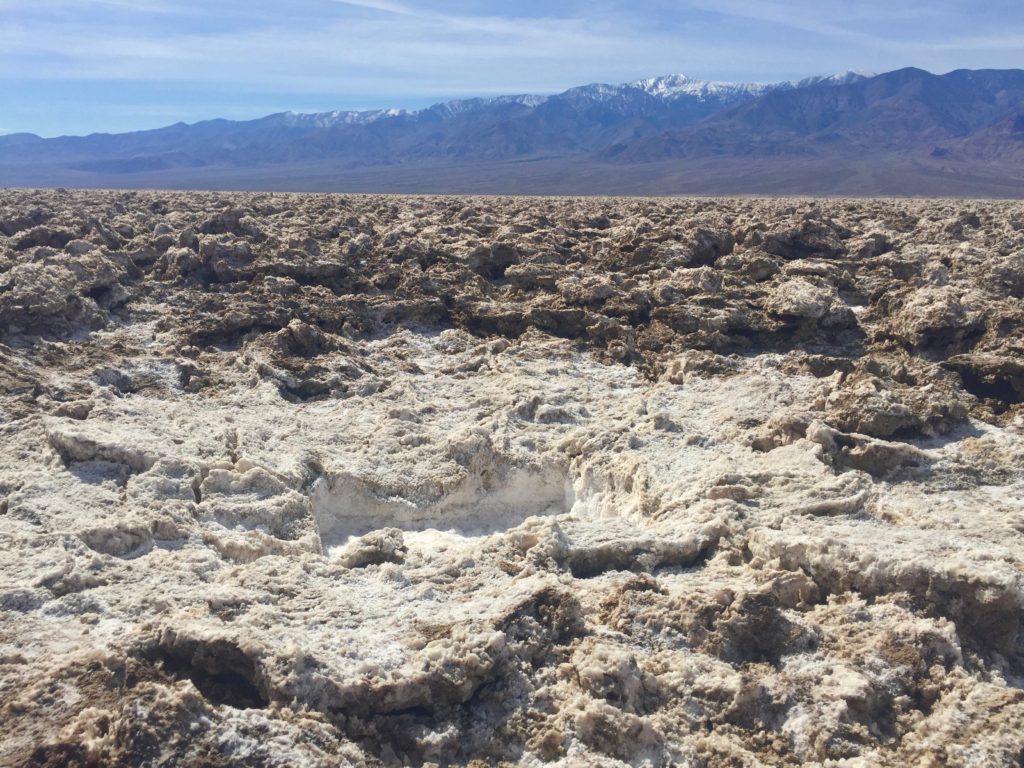 We picked our way carefully through a bit of the rough salt flats. I was grateful for the occasional helping hand in order to steady me on the uneven terrain. To be more independent, I should have taken my hiking poles with me, but it appeared to be a deceptively simple jaunt. The salt crystals have dried to a razor sharp edge. You don’t want to accidentally scrape a sandal-foot on it. Wear durable runners at a minimum. Our personal family guide took us to a little-known open water hole. Can you see it in the above photo? As you can imagine, it tasted intensely salty. 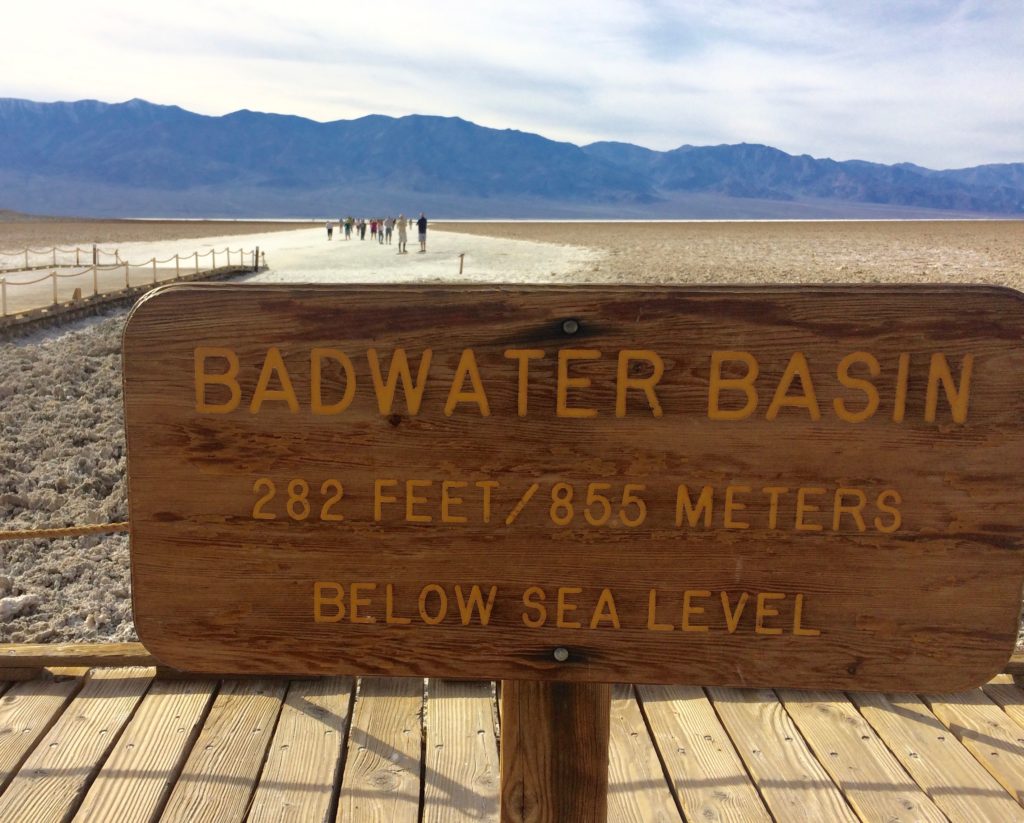 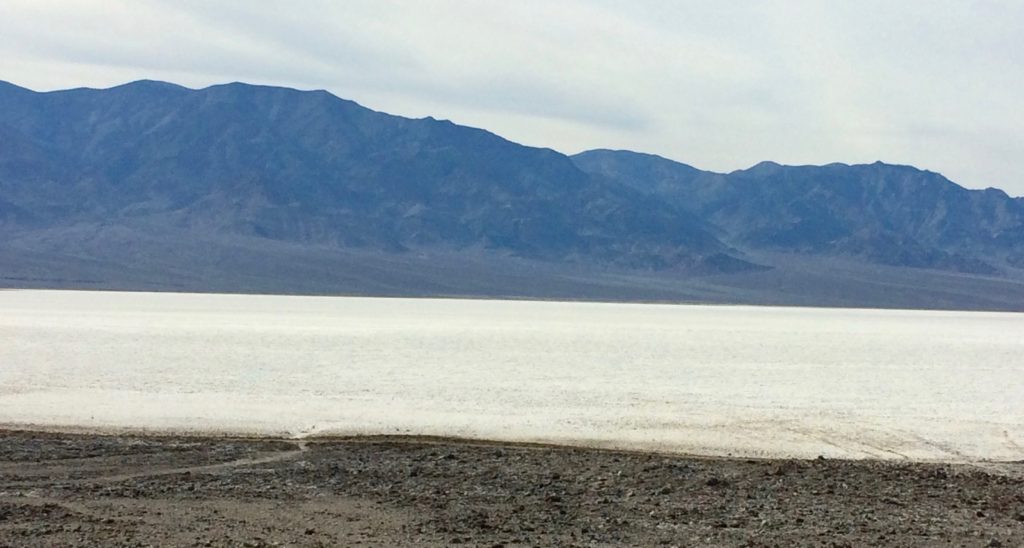 Badwater Basin beyond the boardwalk


Hiking out onto the salt flats of Badwater Basin intrigued me for the first twenty minutes. After that I experienced a sort of encroaching desperation that I really wasn’t going anywhere. My legs were moving, but I felt it was the illusion of motion and I was really stationery. A product of monotony, I think. 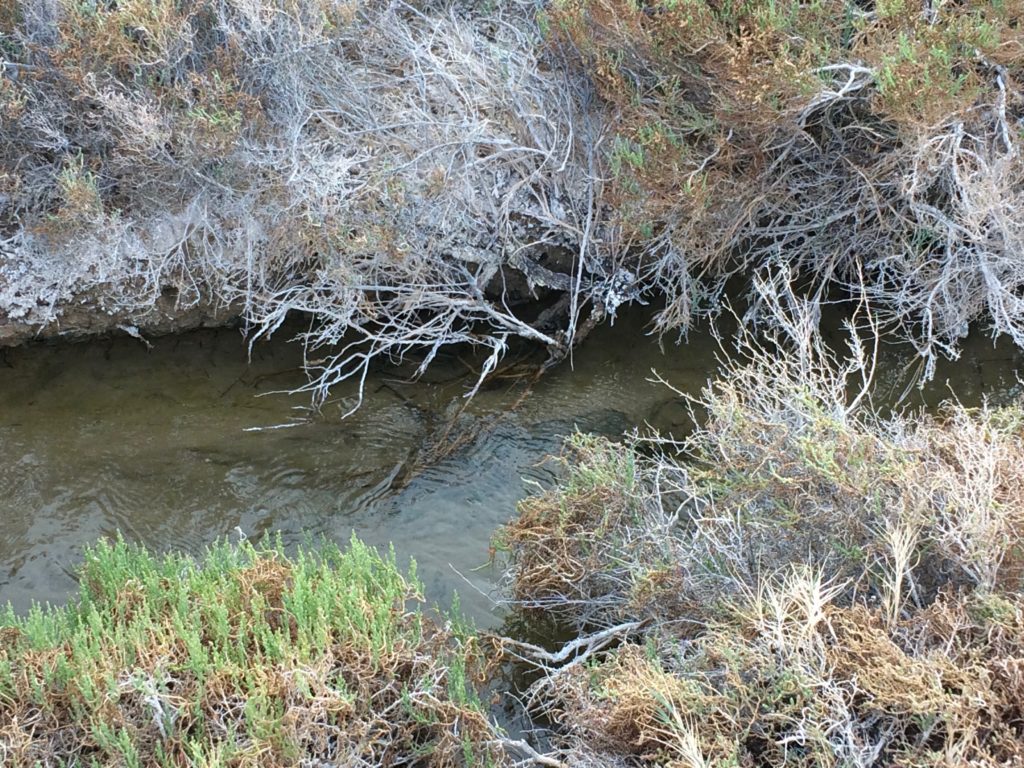 Be sure to visit the Salt Creek Interpretive Trail boardwalk to see the unique pupfish. They have the distinctive capacity to live in springs five times as salty as ocean water and in temperatures up to 90 degrees. On the Endangered Species list, they also thrive in the stream you see here that is visible from the boardwalk.

We thought it was more than appropriate for the animal that enabled the early mining ventures in Death Valley to be our last glimpse of a strange and wonderful area of this planet. Good-evening, donkeys. 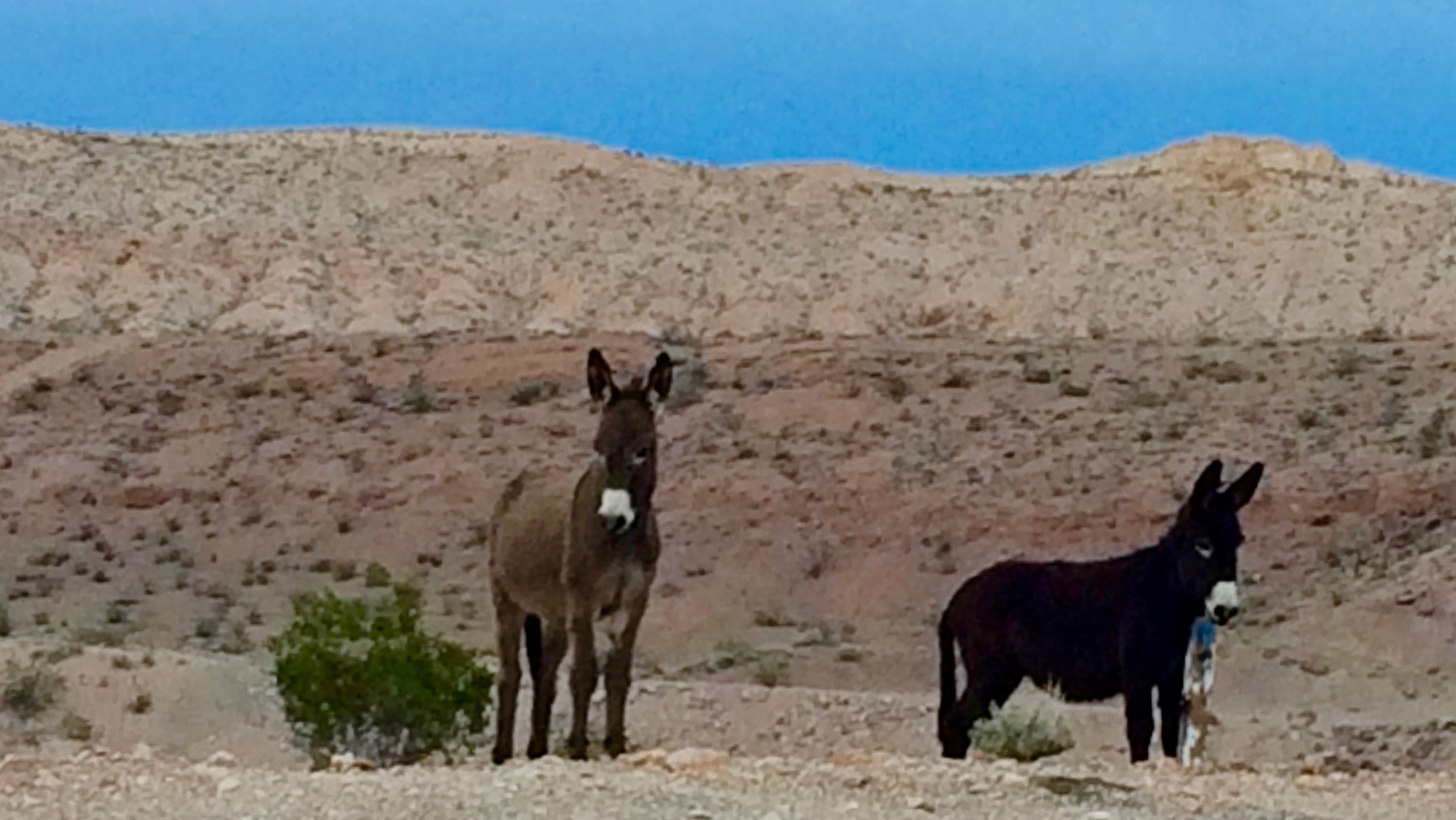