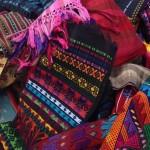 For months I had eagerly anticipated my visit to beautiful Lake Atitlan in Guatemala. My discomfort in the proximity of active volcanoes intensified, however, as we drove past the tell-tale triangular shapes of volcanic mountains. At Lake Atitlan you can always identify south by the three volcanoes on that side of the lake.

Approaching famous Lake Atitlan, we were struck by the juxtaposition of grandeur in nature and squalor in man-made dwellings. 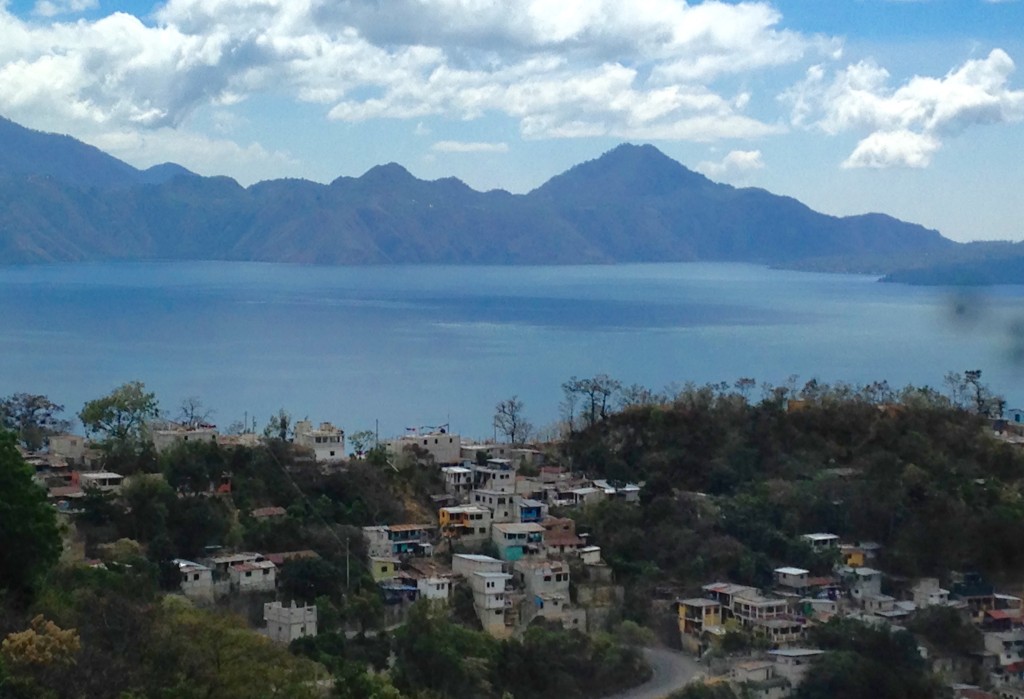 And of course there were the ubiquitous roadside stalls. 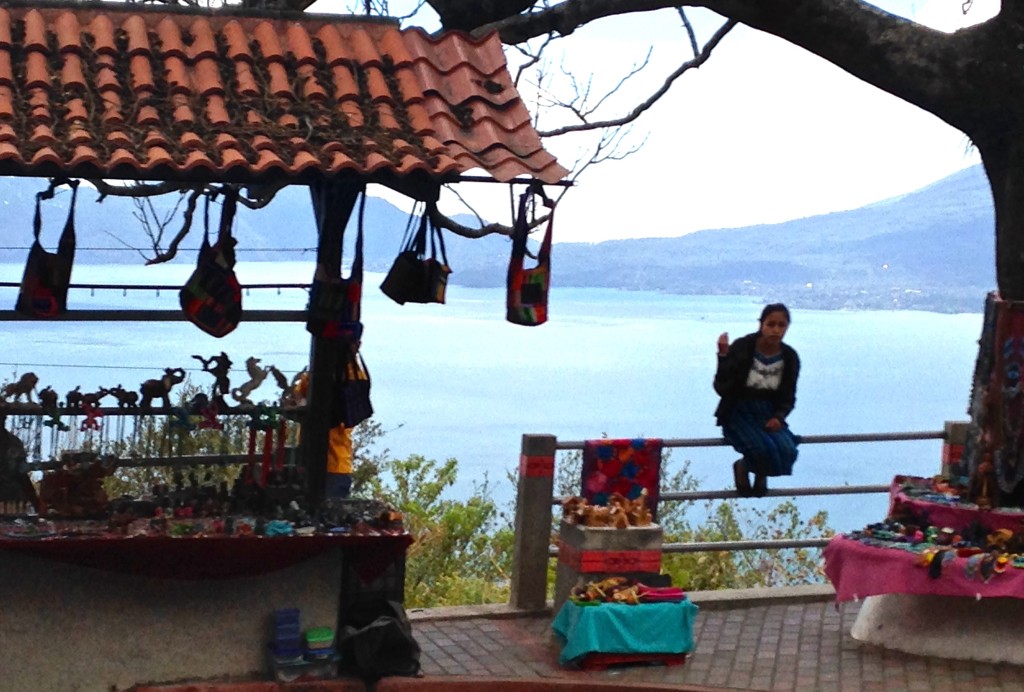 Recently three submerged cities have been discovered in Lake Atitlan. An ancient explosion, estimated to be 300 times greater than that which buried Pompeii and Herculaneum in ancient Italy, caused a large portion of a mountain on Lake Atitlan’s edge to slide into the lake, suddenly raising the water level enough to engulf at least three cities. 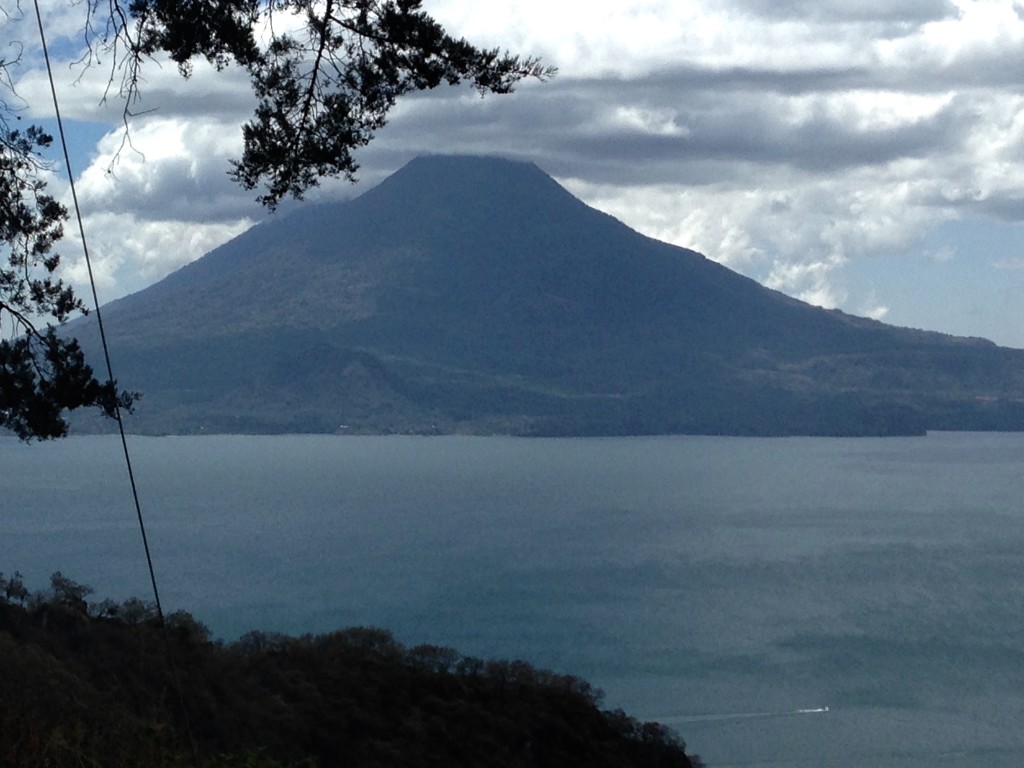 The Town at Lake Atitlan

Walking through the lakeside town, several hawkers offered us ancient artifacts for sale, allegedly recovered from the under-water cities. We declined. It’s hard to know what’s authentic and what’s fake, legal or illegal. Either way, it would have turned out wrong, and the occurrence caused me considerable discomfort. 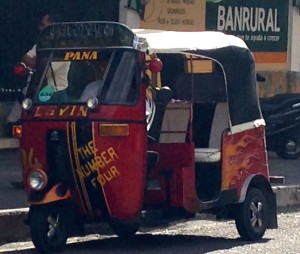 The present-day town on the shores of Lake Atitlan looks a little used and grubby, as though not quite enough stateside hippies from the 1960s grew up and went home. This tuk tuk, however, looked new and fresh.

We gradually made our way to the lake shore past throngs of small women and children wearing traditional dress in beautiful colors and designs, who wanted us to buy all sorts of jewelry and weaving. I guess their need for tourist dollars caused them to make such a clamor, but I have difficulty making any kind of decision when pressed by so many voices from all sides.

The venders were definitely bright spots in the town, with the brilliant hues of a tropical land captured in their fabrics and crafts. Unfortunately, I’m not good at saying no, and my hand has an almost involuntary outstretch-reflex. I think my intention is to admire their wares enough so they’ll leave me alone. But it never works that way. If I show even the slightest interest whatsoever, they’re my shadow for the duration of my visit. 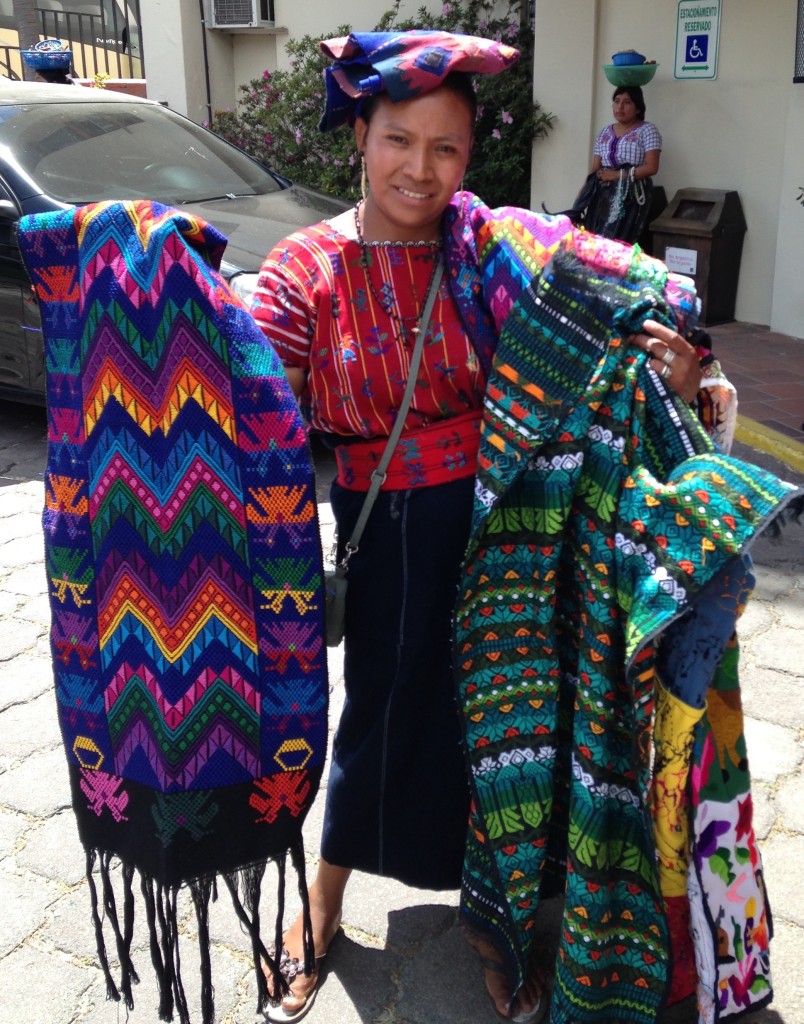 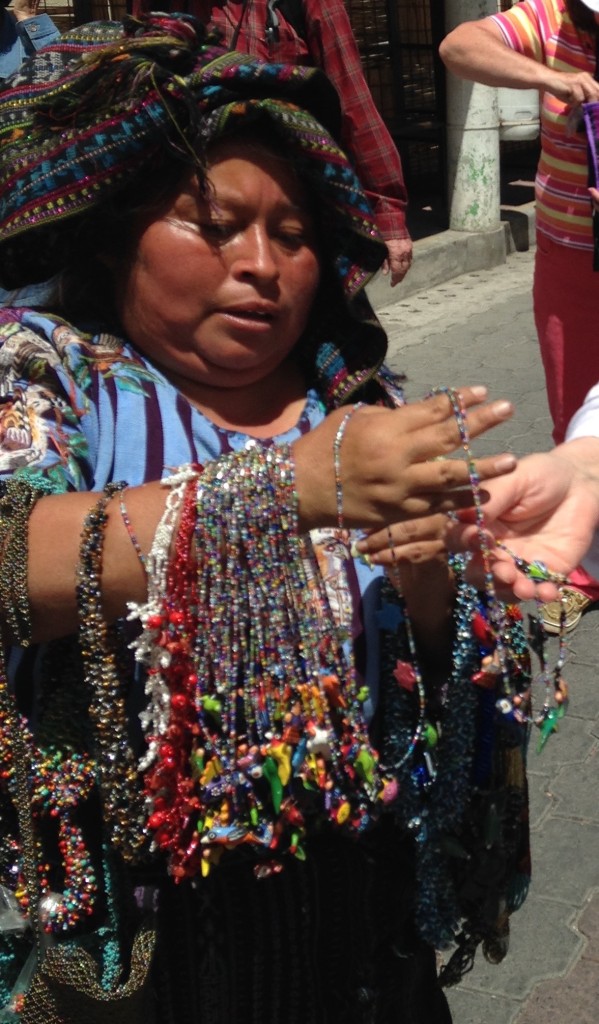 I really wanted to ask the women about their cultural practice of wearing gold wires in decorative designs around their teeth. How would they ever eat an apple or bite into anything with significant texture while wearing that kind of jewelry? It was definitely beautiful to look at when they smiled, but did the gold wires consign them to eating soft foods for the rest of their lives? And how would they ever brush their teeth at night?