After the lumber mills closed in 1983 and the spectre of Chemainus becoming a ghost town loomed, outdoor mural artists created the phoenix of Chemainus’ rebirth. Some towns view the arts as an after-thought, something you do when you have too much time or money on your hands. Chemainus sees them as the life-blood of the community. Revitalizing the dying town began with the creation of giant murals on the sides and fronts of the towns historic buildings to depict its history and lure tourist dollars to the town. 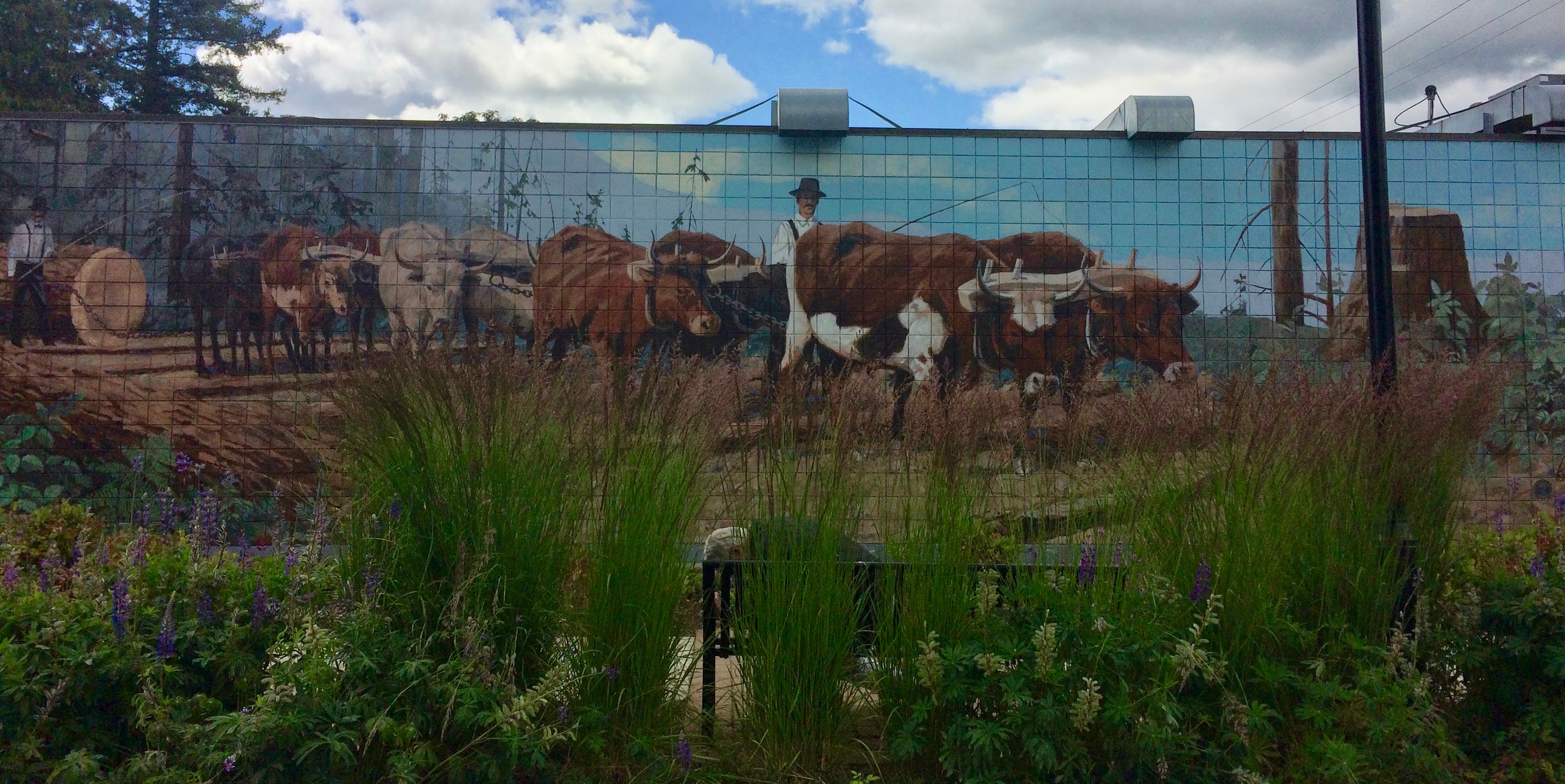 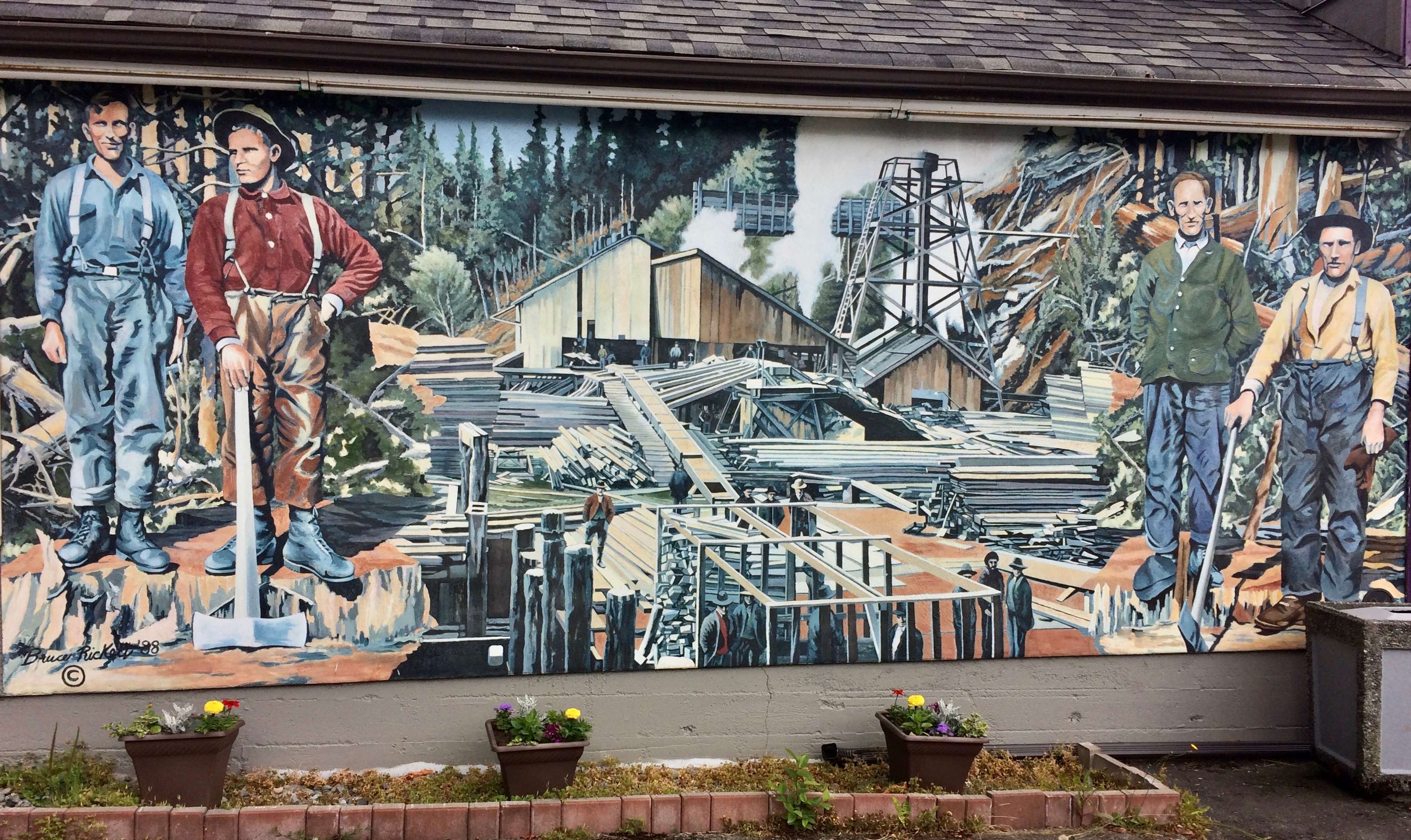 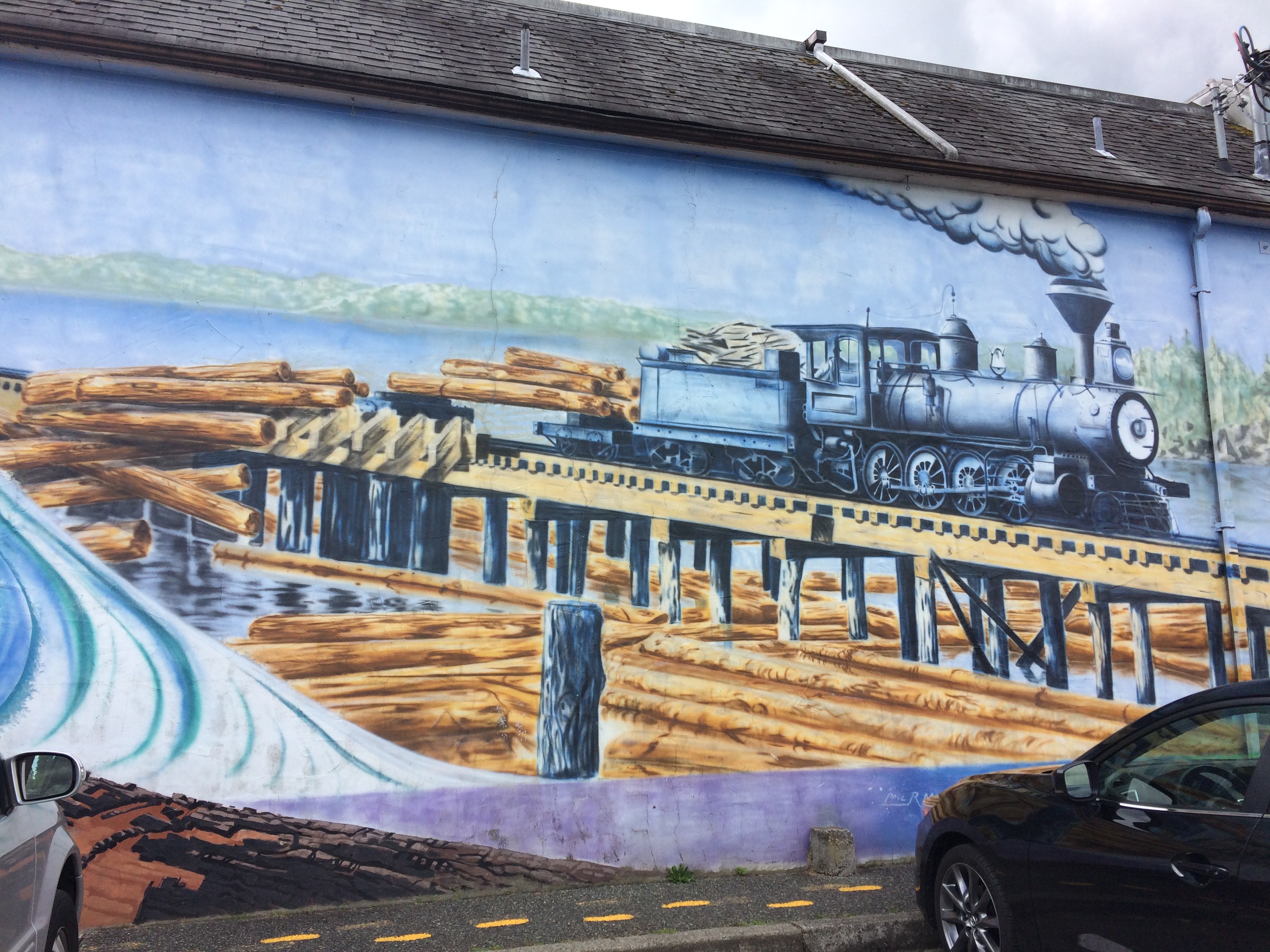 The murals project succeeded, in great part, because the artists were very good. Above are a few of my favorites. For a tour of all 39 outdoor murals, you can go to the Chemainus Festival of Murals Society site. 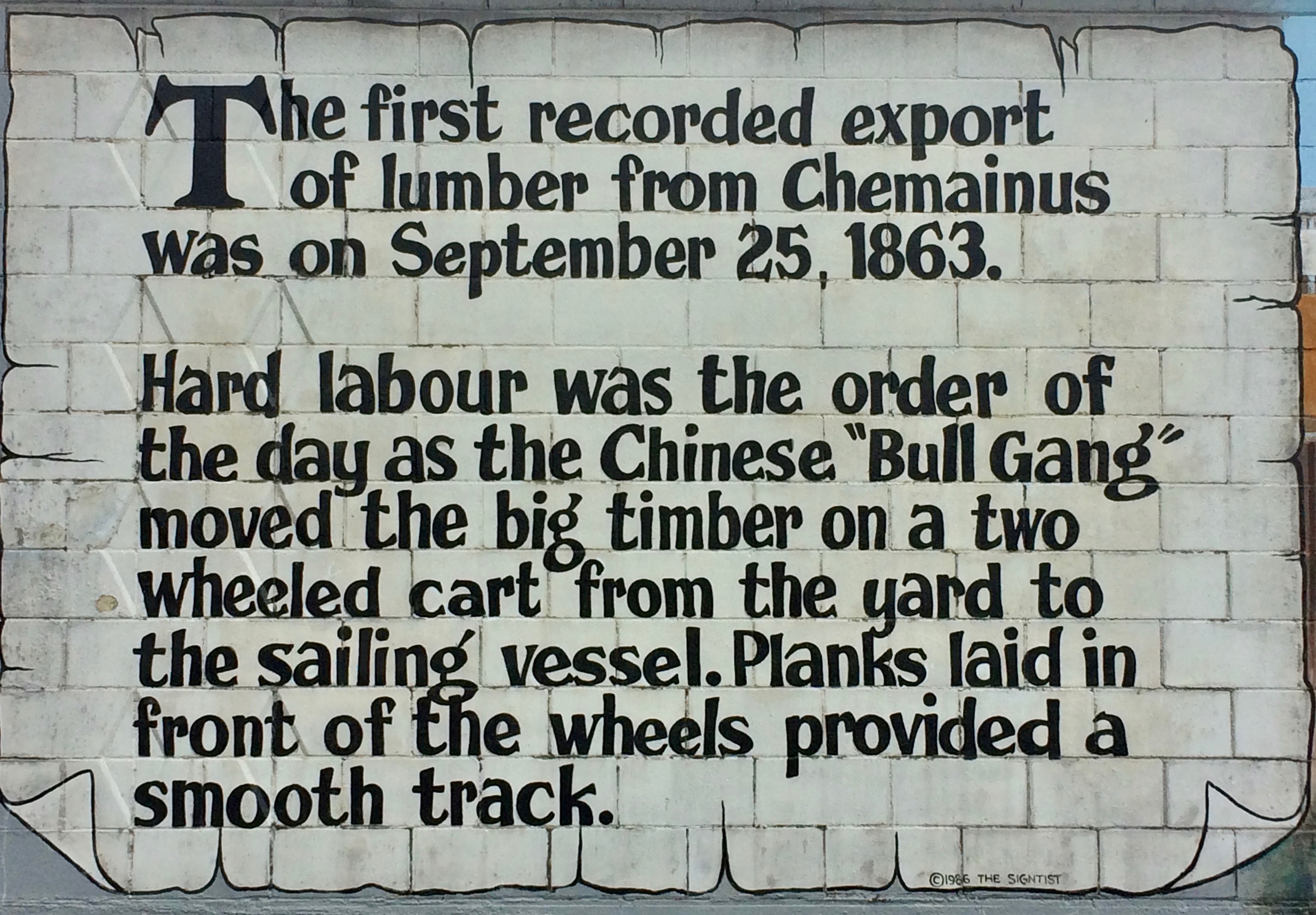 Sometimes explanatory text is included with the murals to acquaint the modern visitor with social conditions for the workers, such as the Chinese “Bull Gangs.” Since the murals are located on building sides close to the street, it’s difficult to take photos when cars aren’t present in daylight hours. Well, at least the cars can give you a sense of the size of these murals.

Other times the explanation is part of the mural itself, as in the remarkable feat of moving a massive 225 foot pole atop two logging trucks connected to each other by a mere chain. 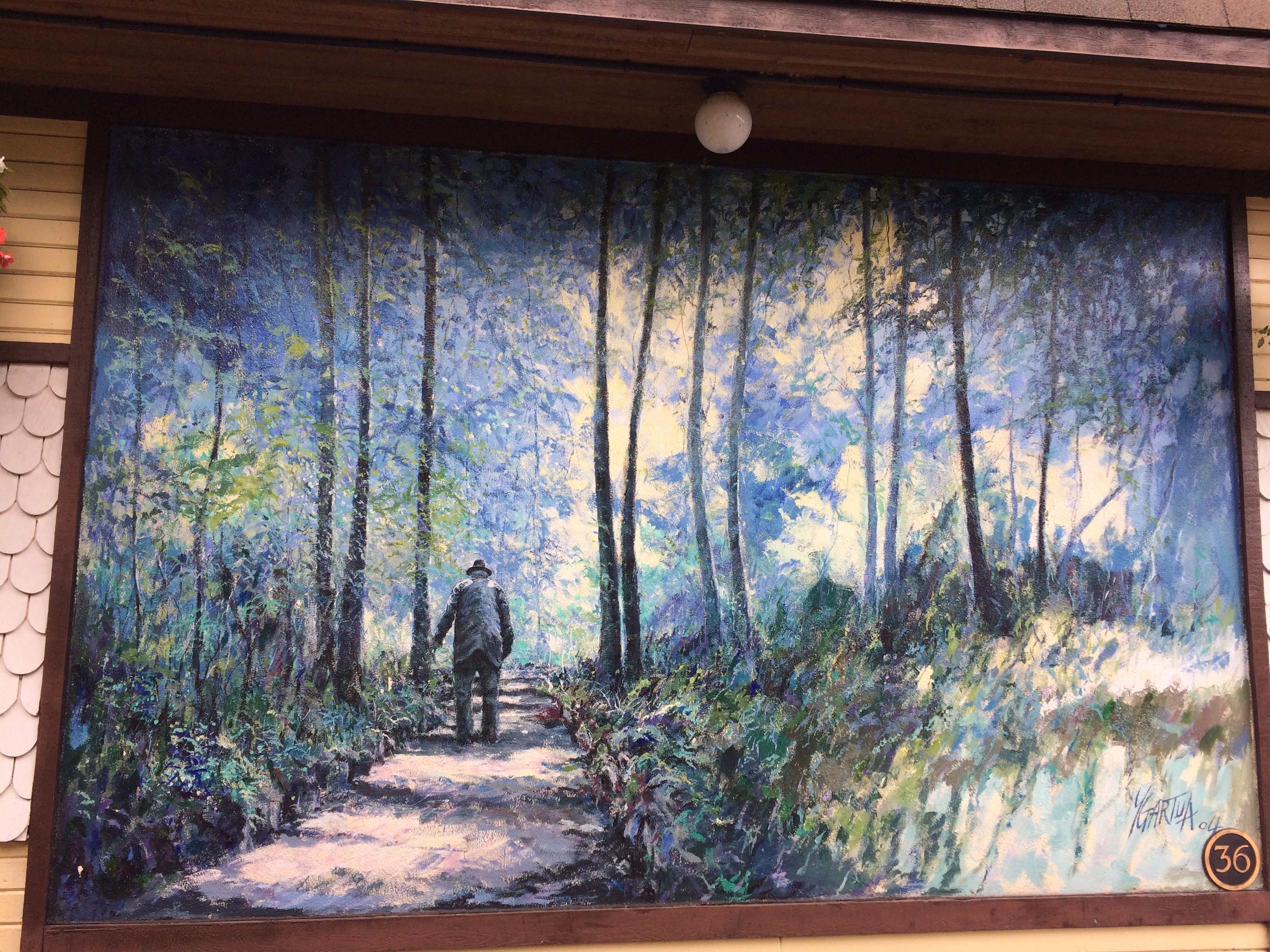 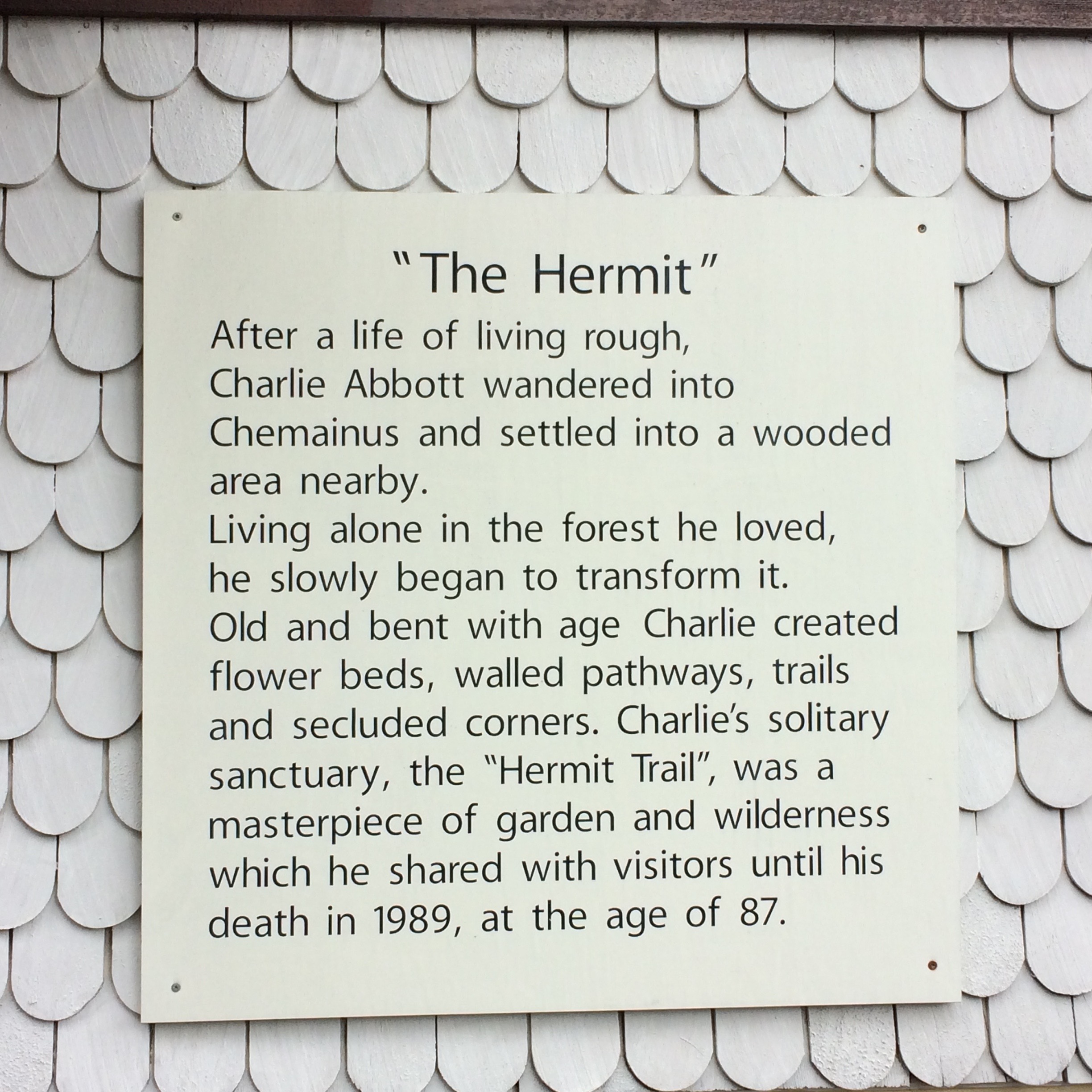 Not all the murals about Chemainus focus the lumber industry, however. A local citizen’s love of the island resulted in the popular Hermit Trail for hikers. 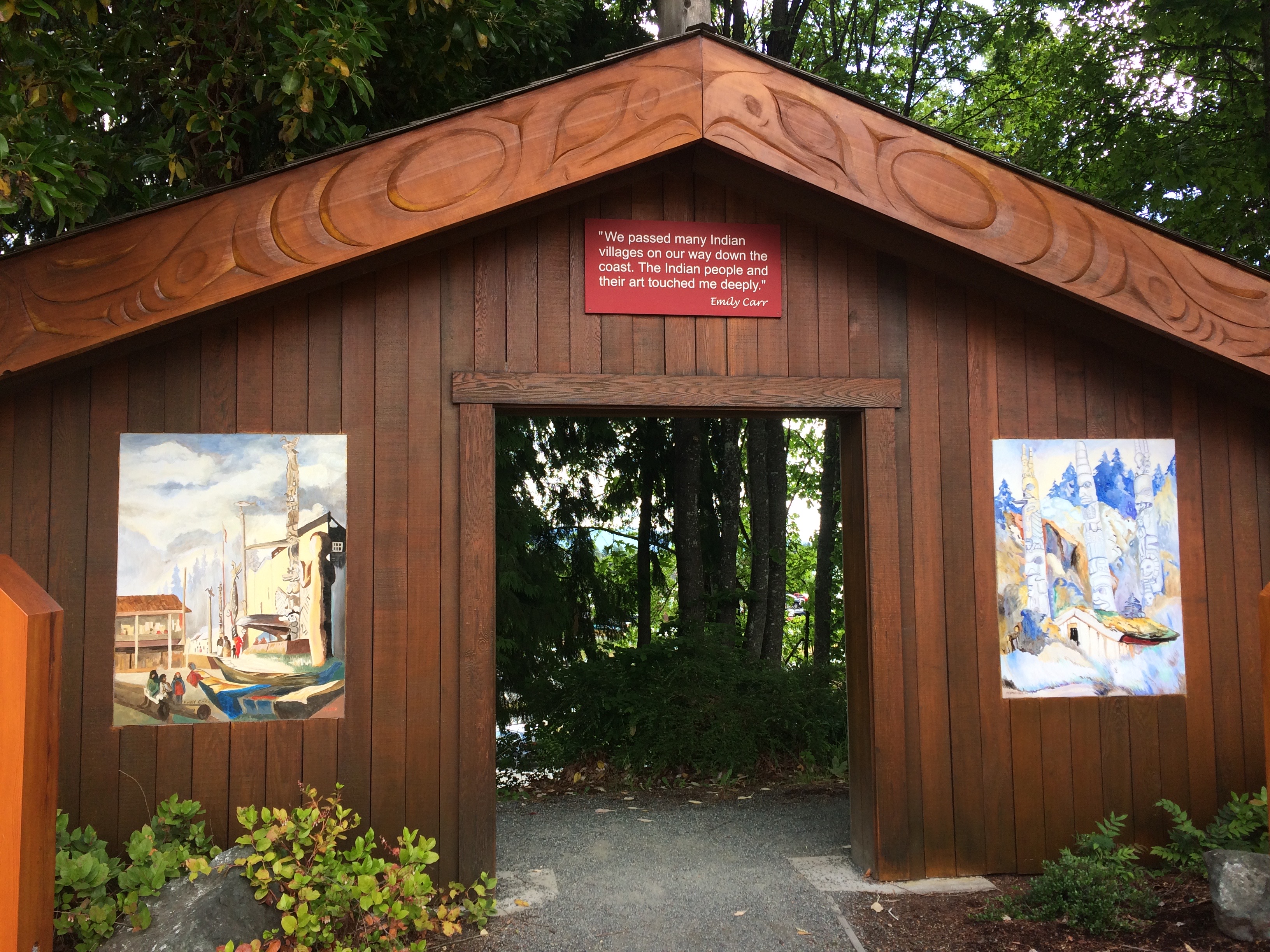 A wooden structure frames a view of the forest that artist Emily Carr loved, with two of her paintings referenced at the entrance. A beloved West Coast artist, her work consistently demonstrates her respect for Canada’s First Nation population. Incidentally, the name Chemainus is a cognate of a First Nation shaman’s name meaning “broken chest.” As oral history has it, having survived an apparently fatal wound to his chest, the man became a famous chief among his people. 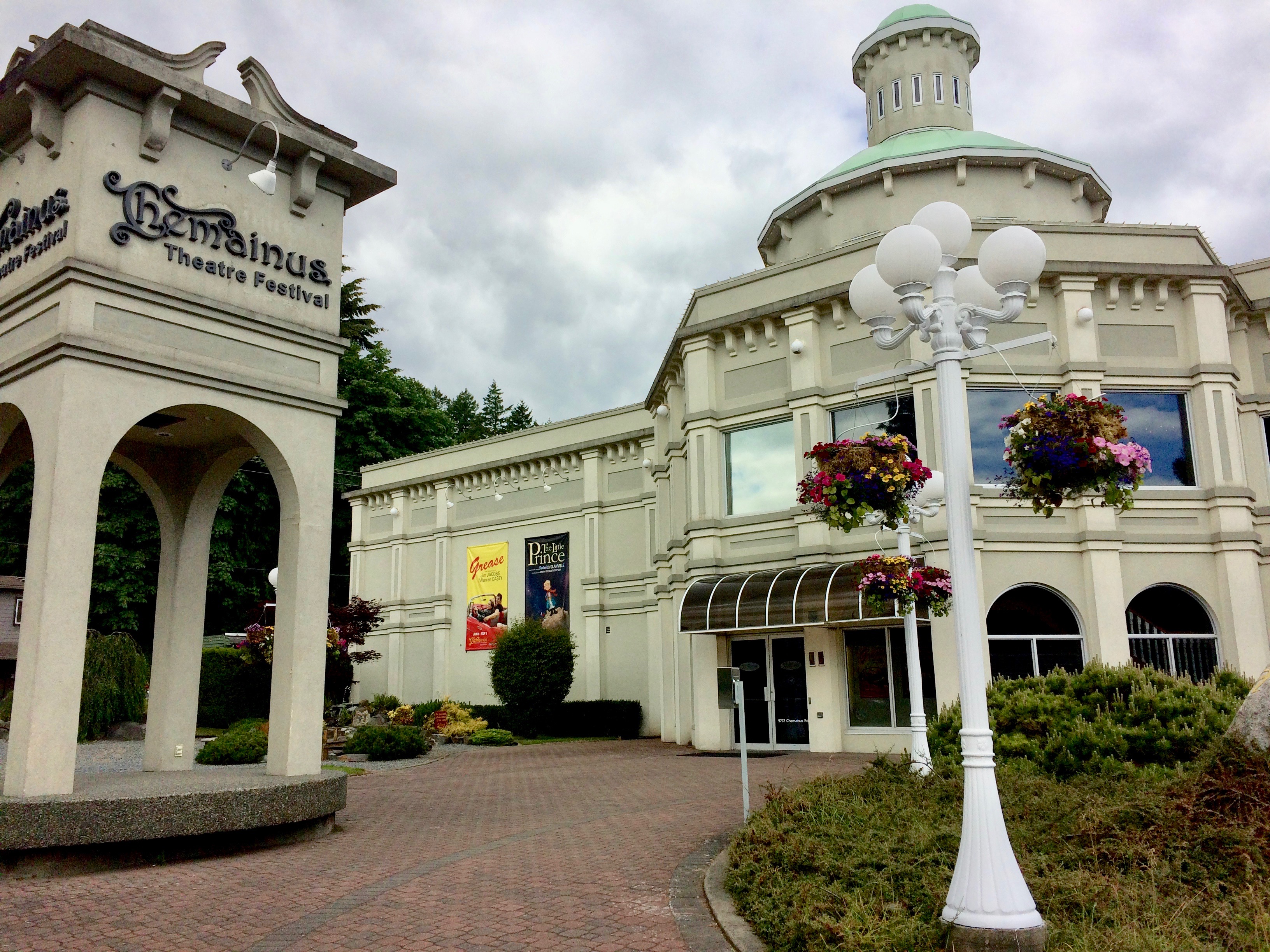 In addition to the murals, the town now draws a huge tourist crowd with the Chemainus Theatre Festival, a year round  professional company that performs in a large, beautiful theatre. Beginning with four shows in 1993, the festival gradually increased the number of productions to double that number in 2018. We tried to get tickets for performances during our visit in early June and were told that the house is completely sold out until mid-August. 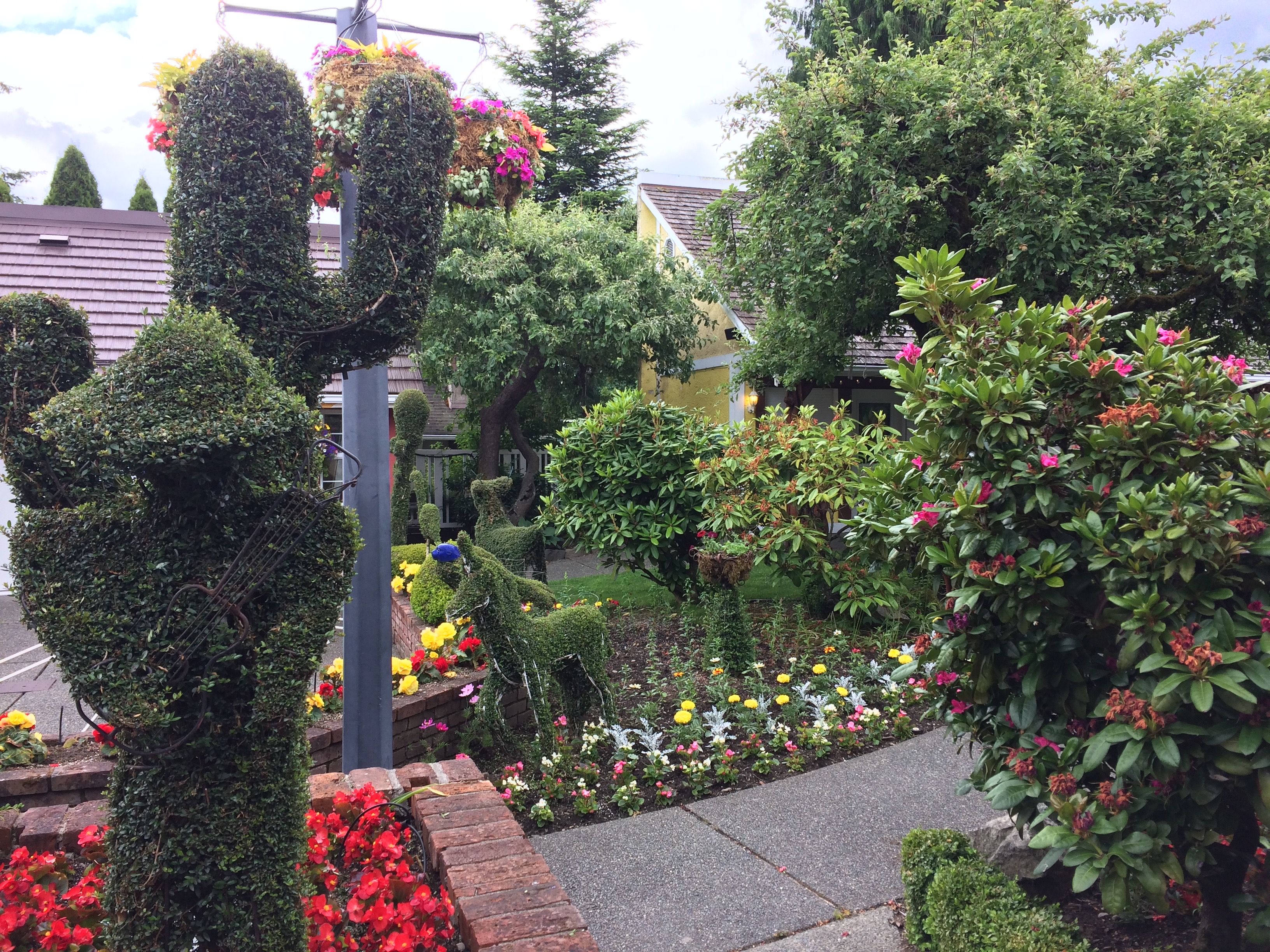 Chemainus began its rebirth with the murals, it continued with the theatre, and the result encourages a lively culture of restaurants, antique shops, and art galleries. With a population of only about 4000 in 2018, volunteerism is the prevailing ethos of Chamainus. One that keeps it alive and vibrant.