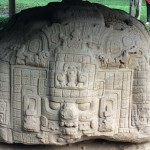 The ambience of the ancestral holy site of Quirigua gave me an appreciation for why a group of people would want to designate it a holy place both today and anciently. Quirigua is truly a lovely site comprising well-groomed lawns and huge stately trees in and among enormous and elaborate stella.

I’m centering the picture of the stella below to help convey the sense of dignity and majesty associated with the site. 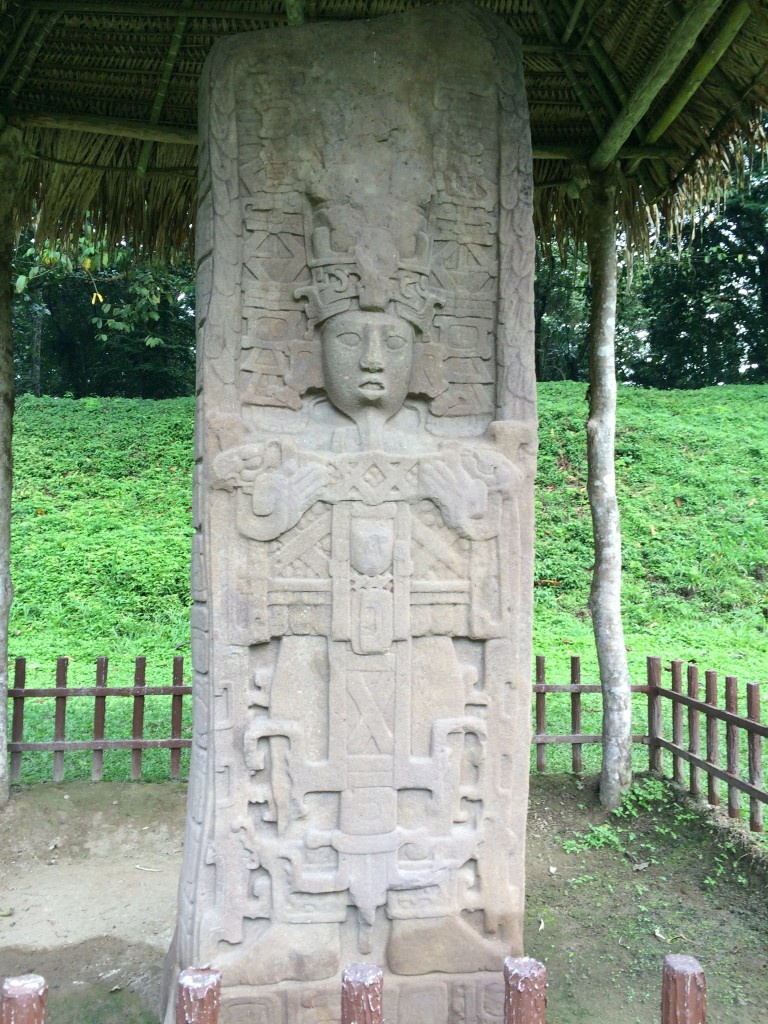 Originally every stella had an altar at the foot, but many of these have been removed to museums to prevent further weathering. As it is, all the monuments have thatched roofs to protect them from sun and rain.

Since the government protects Quirigua as a national heritage site, I was initially dismayed to see what appeared to be some very recently charred remains on some of the altars [below]. I learned, however, that contemporary Mayans are able to continue to worship at this ancestral holy site so long as they use the new government-provided altars and avoid using the antique monuments.

Modern altar for Mayan use 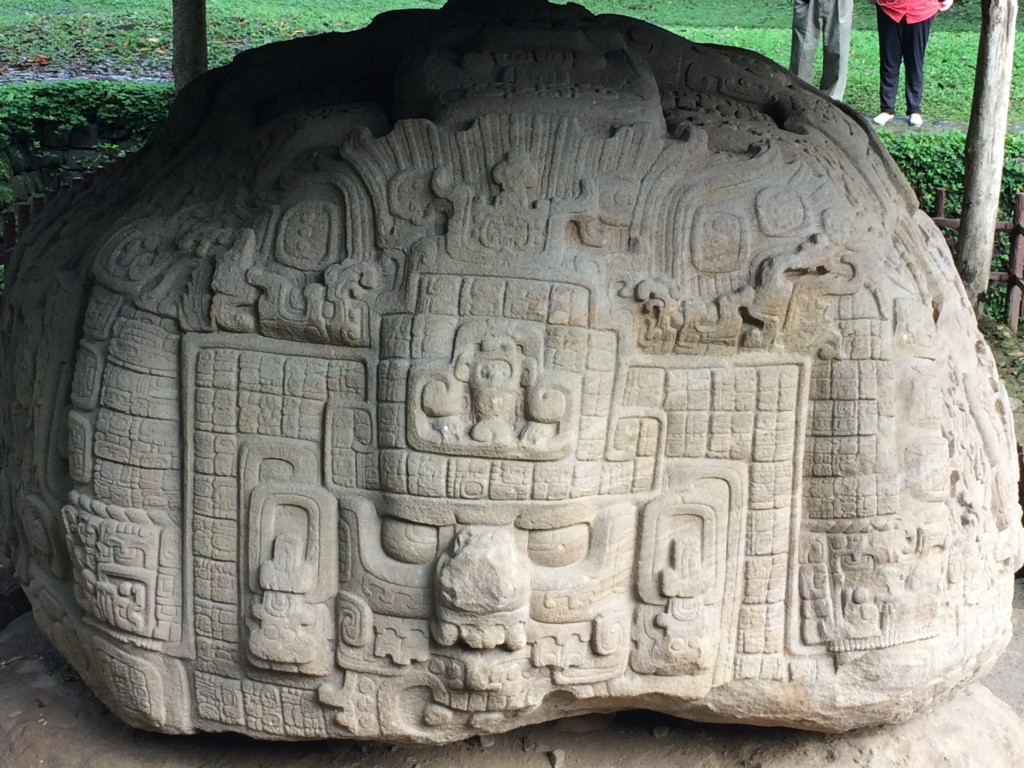 A particularly interesting kind of artifact we encountered were the zoomorphs. Essentially, they are gigantic boulders carved into a form combining body parts of several local animals.

Within our own culture, I’ve seen picture books and children’s toys that use the same idea. Humankind’s apparently universal desire for original creation, as implied by these kinds of inventions, both intrigues and amuses me.

Ambience for an ancient holy place

The morning I was there, the night rain had pooled here and there with muddy patches exposed. A perfect temperature, I loved the light misting on my skin as I studied the figures carved into the red sandstone stellae. 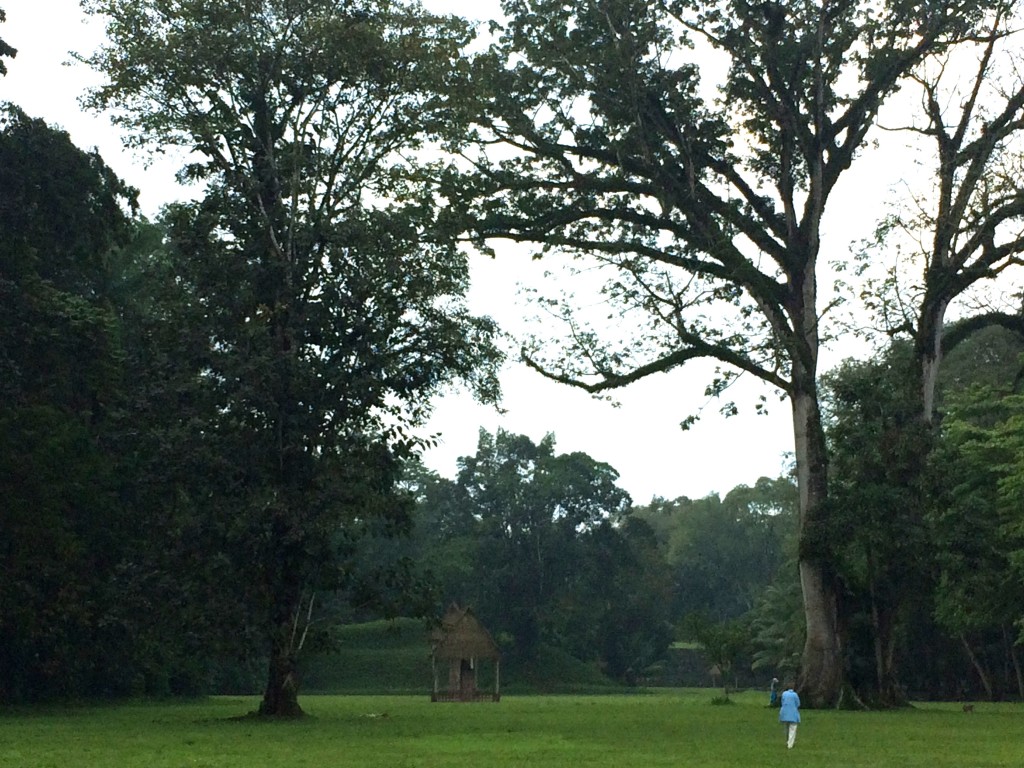