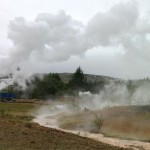 Why do Icelanders . . . leave their doors open? Because heat is geothermal, folks, and there’s plenty more where it comes from! But the whole concept was hard for me to adjust to at first. In Reykjavik whenever I’d find a tourist shop door open, some submerged part of me would worry while I shopped. Then as I left the store, I’d try to shut the door. But it was tied open. What?

In the great Canadian north, one preserves heat just like one preserves gold or other rare commodities. No one stands in the doorway to say hello or goodbye. You do your hugging and kissing and fond farewells or greetings either inside or outside, but with the door firmly closed behind you. I’ve brought the same sensibility to buildings in hot regions. Get in and out quickly—there’s air conditioning to save. 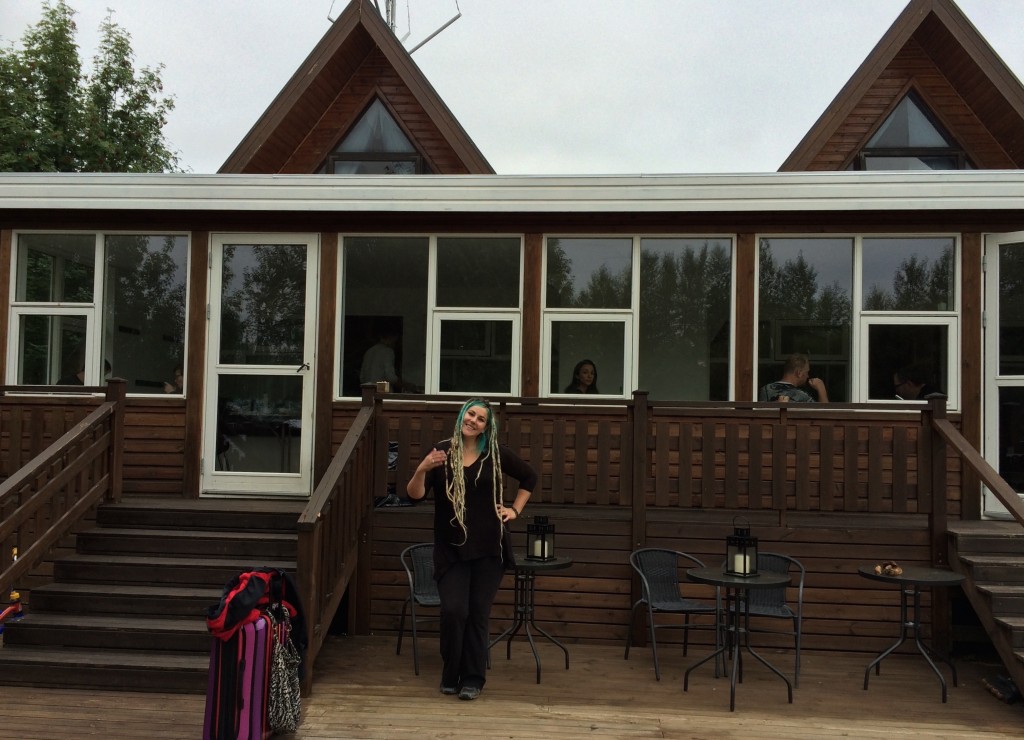 I still hadn’t gotten used to the open door policy in Iceland when we arrived at the lovely Nature-Spa Guesthouse. All the doors were open when we arrived, which made me uneasy as I registered. But as cool evening air rolled in, decades of habit kicked in and I closed every door as I walked through it. Yet when I’d return a little later by the same route, the doors would all be open again. Apparently nobody supported my conscientious habit of saving heat.

Then someone mentioned that the place was owned by an absentee “water baron.” Of course I knew about “cattle barons,” and “oil barons,” who obviously made their fortunes on cattle or oil. So . . . I’m sure you get it.

Heat is geothermal, folks, and there’s plenty more where it comes from! It took ten days, but by the time I left Iceland, I was leaving doors open behind me wherever I went.

Hveragerdi fascinated me, a town where the natives use geothermal energy for everything from cooking dinner to raising flowers. We stopped at the Kjot & Kunst restaurant and bought a delicious loaf of slightly sweet dark brown bread with a texture so fine it was more cake than bread. I like rye bread and pumpernickel of all kinds, but that’s not at all what this tasted like. I hope I discover where to buy it—or even better—a really good recipe. If you know of one, please tell me. 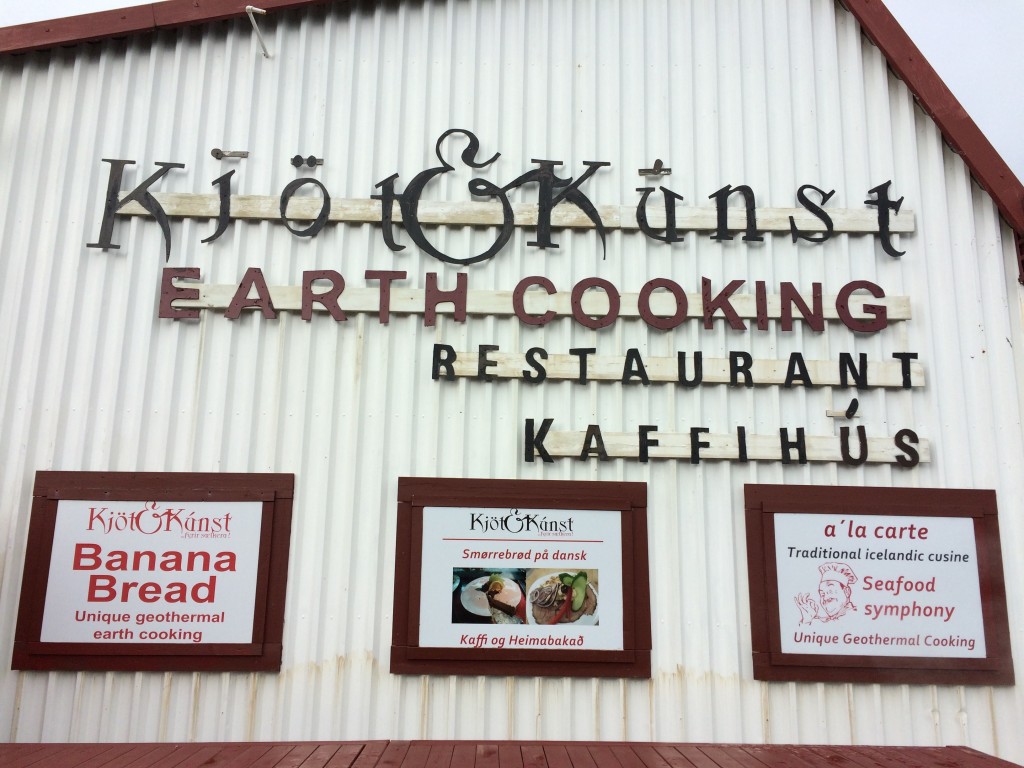 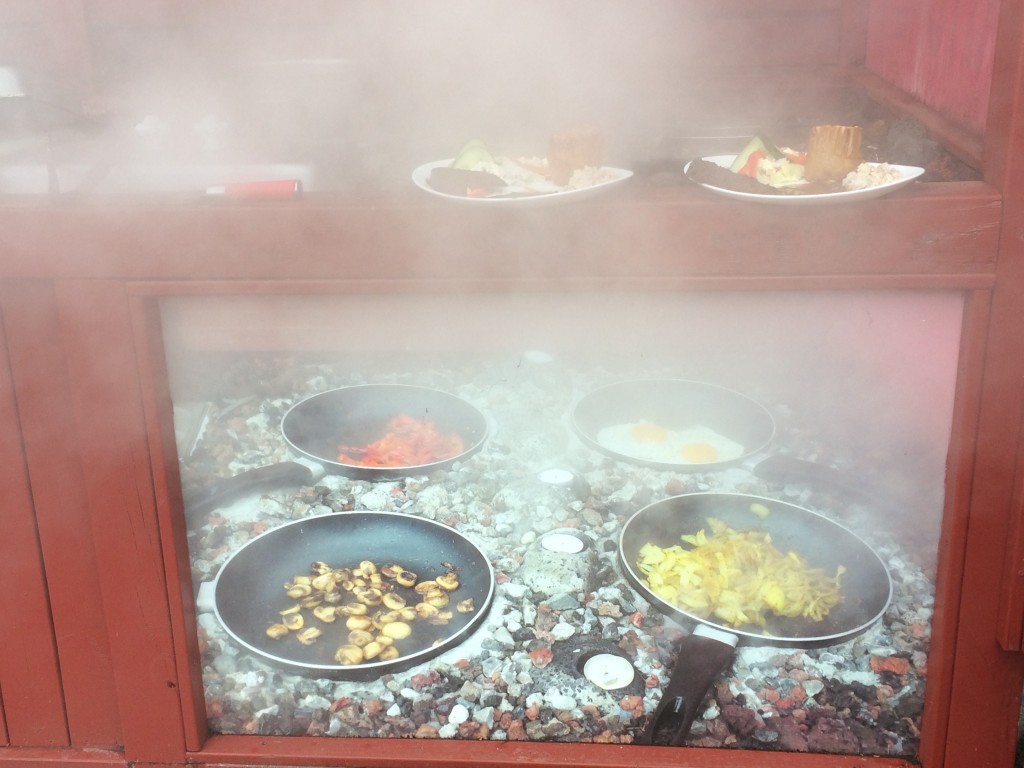 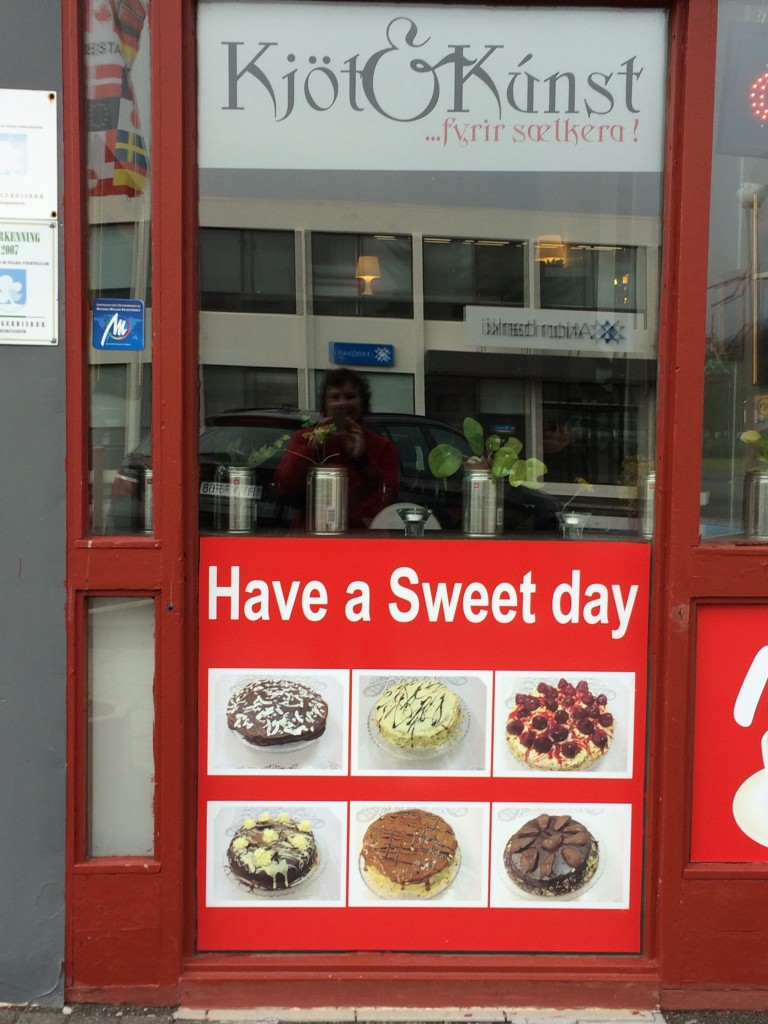 Just driving through the town, you see steam billowing from the fields. 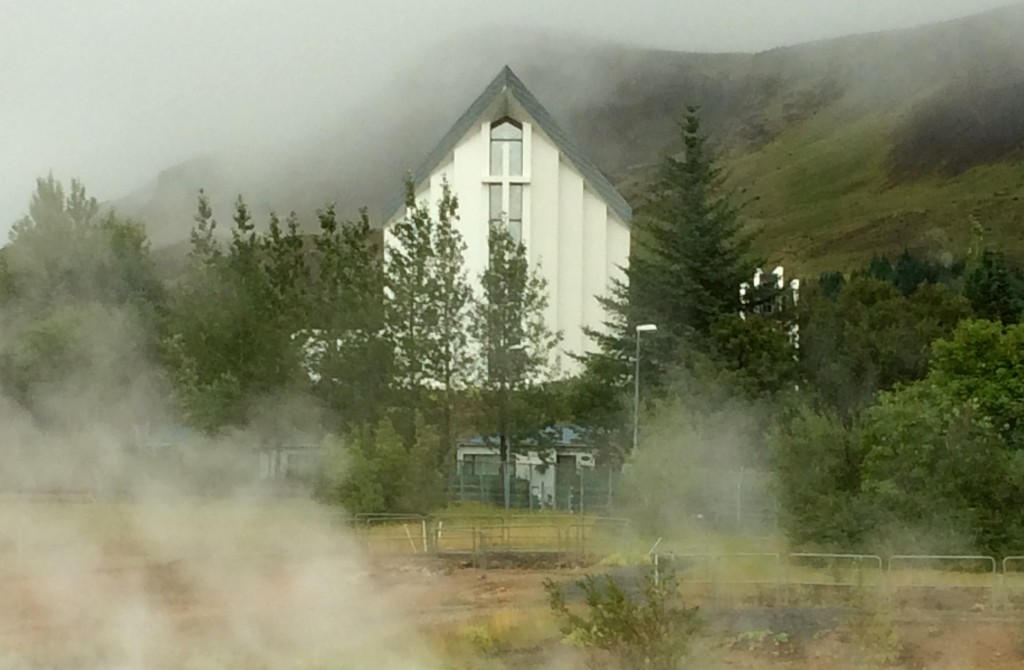 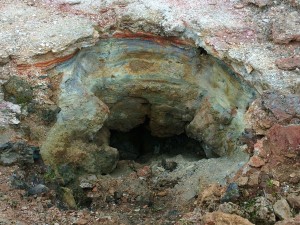 I’ve read about towns in former war zones where children have to be cautioned about stepping in land mines. I wonder if the inhabitants of Hveragerdi have to caution children about stepping in steam vents. Well, with steam vents, at least you’d have some warning. That is unless it was an old, dried-up vent like this one in the town’s fenced geothermal park, Hverasvaedid.

When we visited the town’s geothermal park, Hverasvaedid, we bought raw eggs at the ticket counter to cook in the boiling river. The sign above explains the geology that makes it possible. 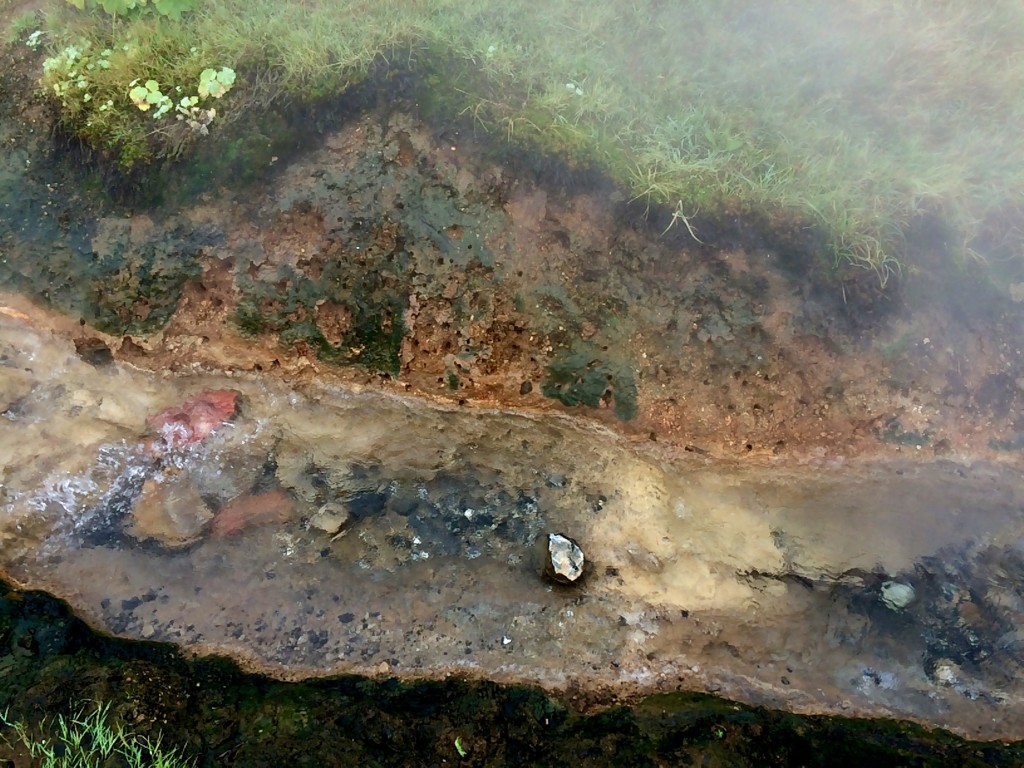 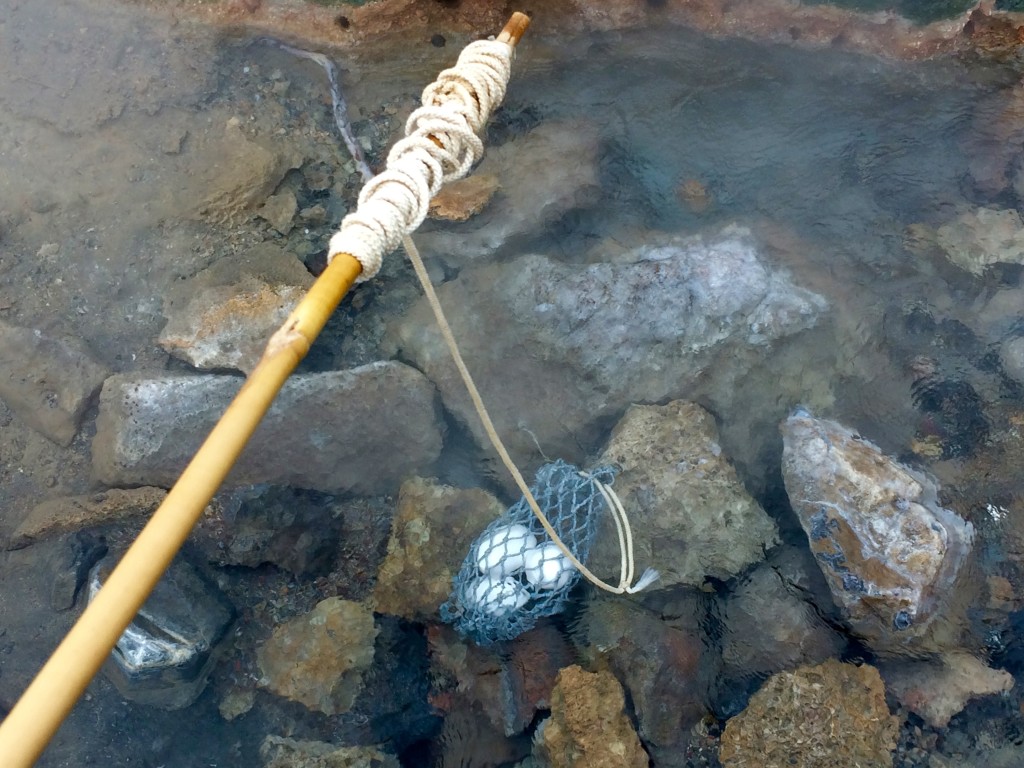 I’m not sure whether it was the freshness of the egg or the perfection of ten minutes in a boiling river, but I can’t remember eating a more delicious egg.

The area is seismically active; every day tiny tremors occur. I didn’t feel any, but apparently they’re going on all the time. The activity also changes which of the little hotpots in the area are currently steaming.

All were dry except for the hot stream that emptied into a little wading pool. We thought we’d dip our feet for a few minutes of relaxation. One toe in the water for one second was plenty.

Even in September we saw flowers everywhere. The geothermal heat buffers the climate so that flowers last long into the season. In June the locals host a judged competition. It’s so popular that families who have lived in Hveragerdi return in August for a second flower celebration. 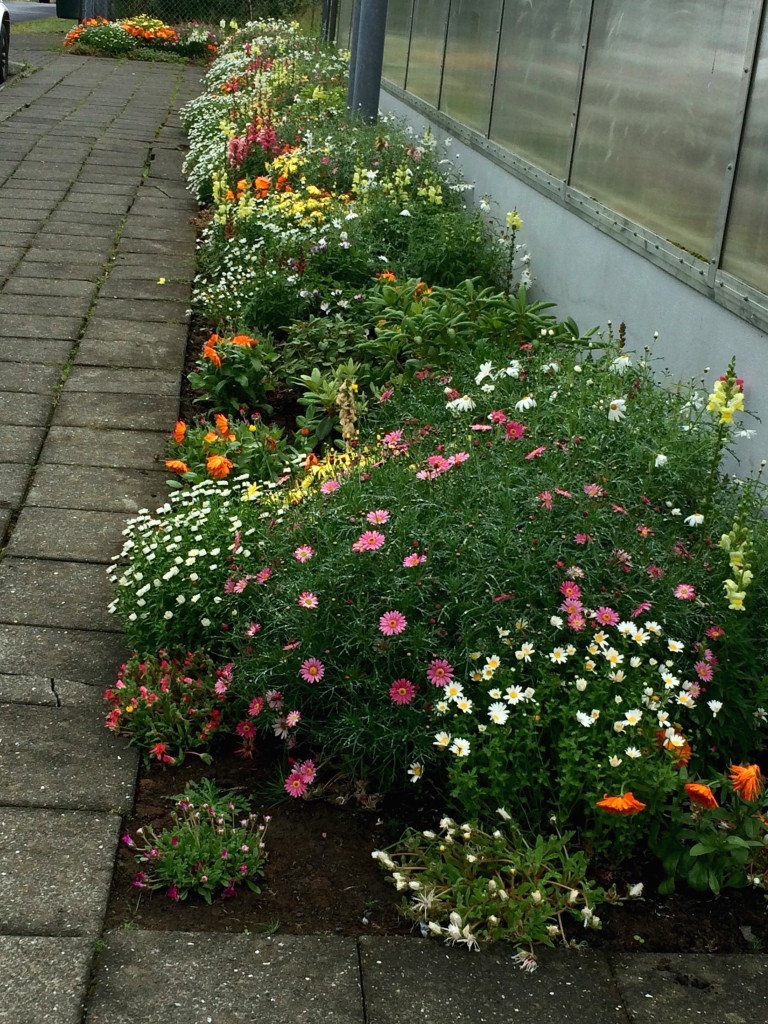 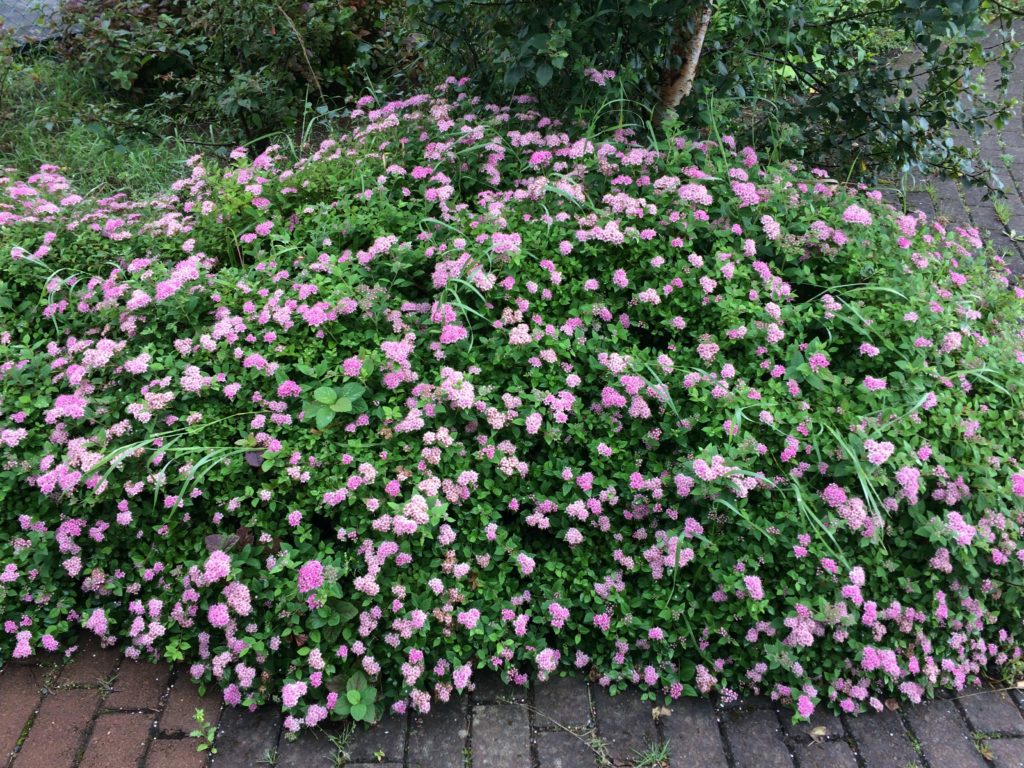 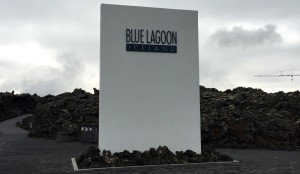 We were jet lagged and a bit draggy when we arrived in Keflavik. Our first act was to pick up the rental car, but our second was to drive straight to the Blue Lagoon. The guidebooks liken it to a tourist’s visit to the Eiffel Tower in Paris, iconic in every way. It was our first dip in a geothermal hot pot—and probably our favorite.

They keep white silica mud in buckets inside large wooden boxes. You take the ladle, scoop up some goo, and spread it on each other’s faces and backs and arms. I have no expectations that it does much of anything, despite all the raving to the contrary. But either way, it’s a lot of fun.

One of my daughters had expressed a strong initial interest in visiting all the hot-pots we could find. We didn’t manage as many dips as we planned, but from what we experienced, The Blue Lagoon is still the best.

We wanted to enjoy the Lysuholslaug geothermal pool in the Snaefellsnes Peninsula. I was really curious about the deep green, iron-rich water that grows the black algae which is supposed to make your skin so smooth. But the day was inclement, the hot-pot was too hot, and the cooler pot was too black and slimy. Besides, how can you relax when the wind is driving a stinging rain into your back? Sometimes you have to know when to fold.

We thoroughly enjoyed the Sundlaug Stykkishoms, however, which is the geothermal pool located in the civic sports complex in the town of Stykkisholmur. On my next visit to Iceland, the geothermal pools at Lake Myvatn on the north section of the Ring Road will be a must-do.