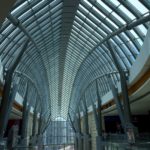 After a few months in a new country even the most shopping-adverse visitor has to figure out where to get what and how much to pay. It’s all part of a gigantic puzzle. How I wish every country on the planet had a master-key along with route maps to hand out to visitors at the airport along with government custom forms and declaration slips. Finding what you need in a foreign land is all trial and error—mostly error. 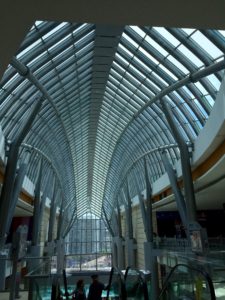 Actually, when I moved to West Bloomfield, Michigan, years ago, an enlightened neighbor gave me a care package with city maps and lists of all the services needed for survival. She included the closest grocery stores, banks, hardware stores, and pharmacies; tried and true doctors and dentists, plus the neighborhood post office and church. A wonderful gift! But that was an anomaly in my personal history of moves. The rest of my relocations have not included such civilities.

Then there’s the matter of expectations. Or perhaps it’s context we travelers lack. Looking at it another way, I wonder if anyone has ever done a study on the number of people who come to a Caribbean island to shop in an upscale mall compared to those who come to play on a white sand beach with palm trees waving overhead. No one. Ever!

Malls and supermarkets may not be on the horizon until long after the plane has landed. But soon enough almost everything you brought from home seems useless, gets lost, or wears out. The day will come when shopping must be done . . . and we all know it.

The Dominican Republic is a country of extreme contrasts in shopping experiences. The ultra-modern upscale malls in the DR host an array of world-class designer stores. You know the kind where the goods are as curated as museum pieces and cost about the same? An armed security guard stands just inside the door. Potential customers stand respectfully just outside the door gazing in upon the elegance. I’ve seen international stores in London, Toronto, New York, Paris, and Qingdao (PR China) that are identical to what I’ve found here in the Blue Mall. 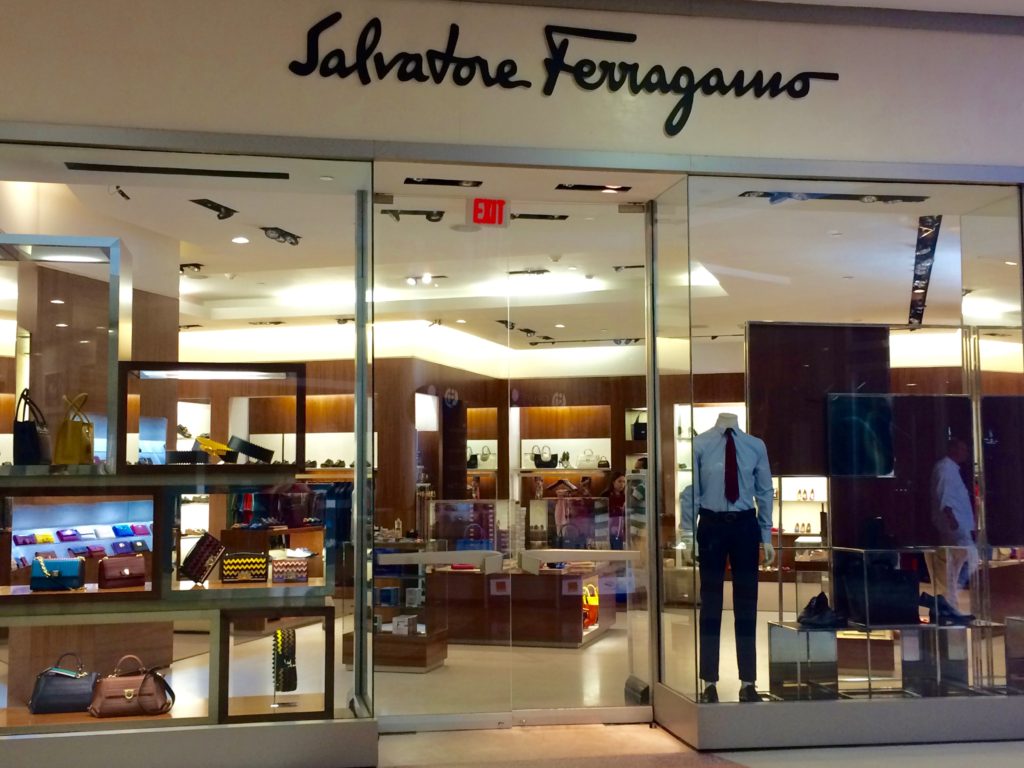 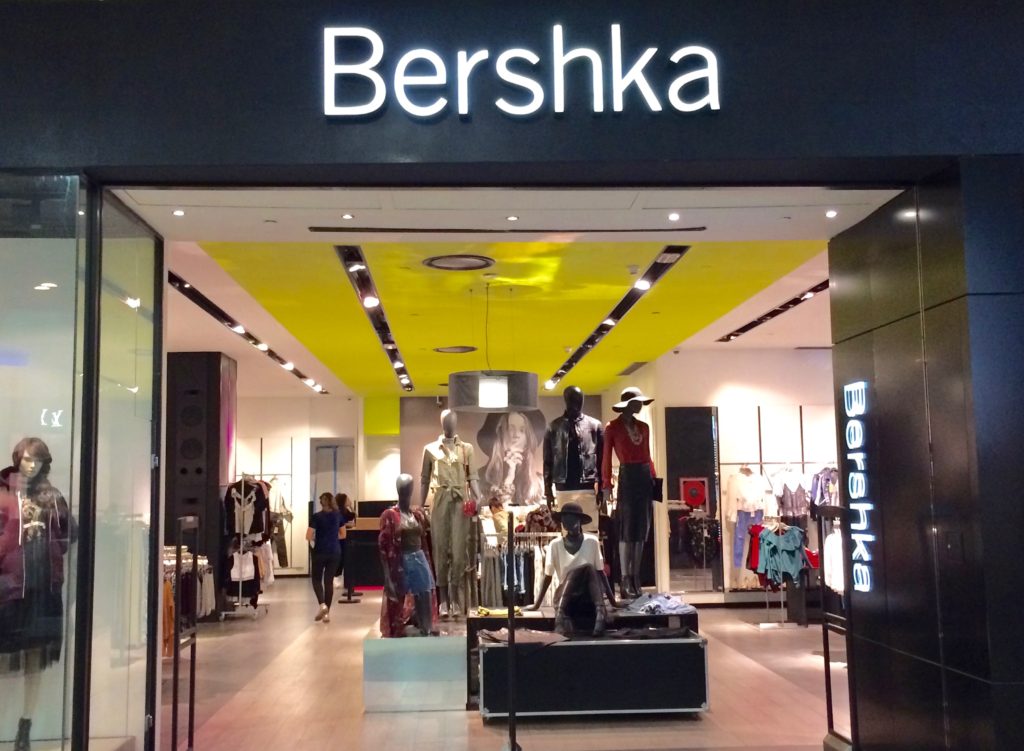 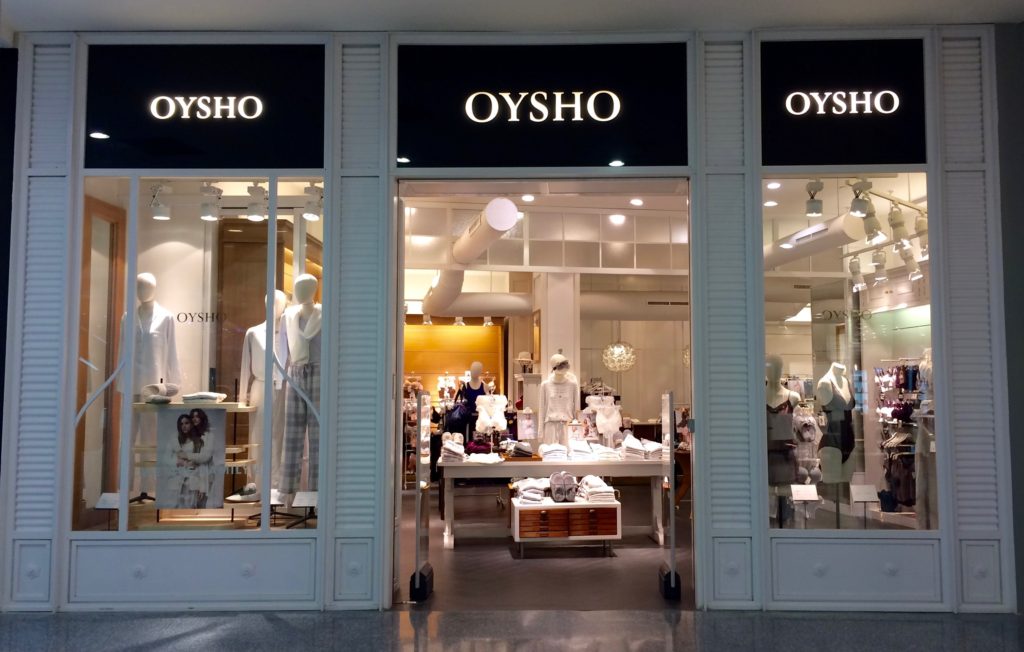 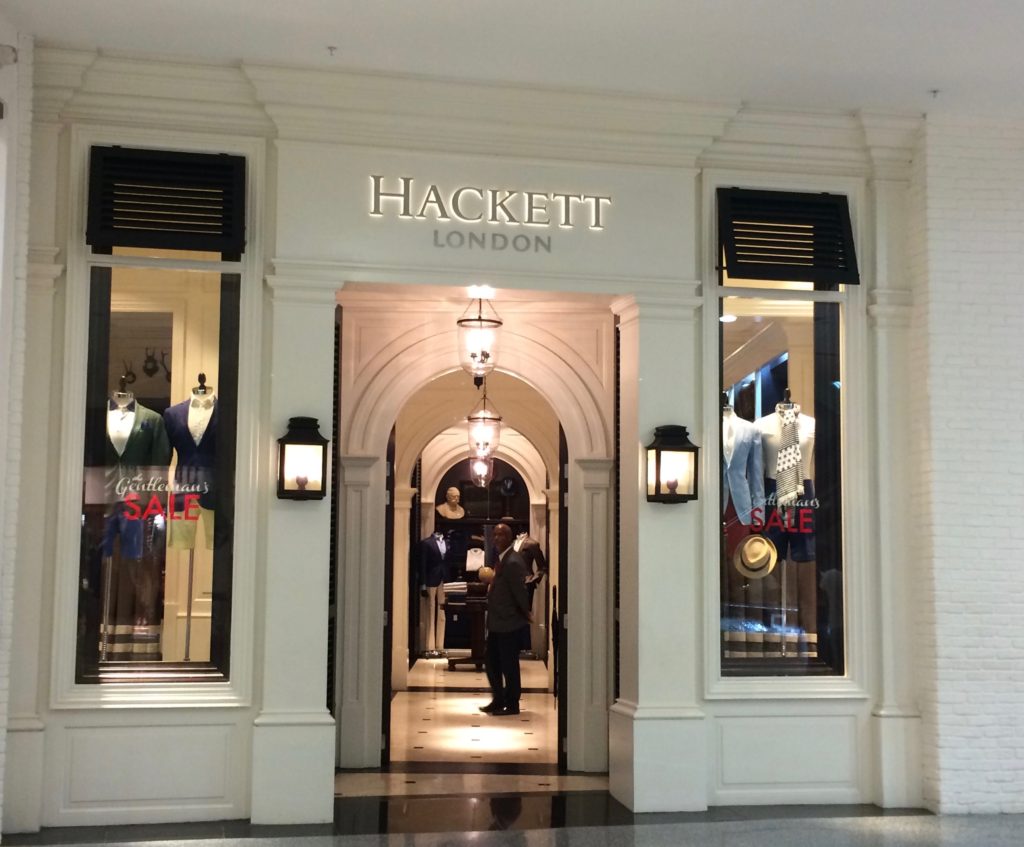 I want my computing and Internet connection equipment to be equally universal and international, and can vouch for the fact that computer stores and their employees are alike the world over. The computer geeks that inhabit the clean, cold, efficient premises of Cecomsa, for example, have the expertise to match their counterparts in every other computer store in any other country I’ve lived in. Loved it! 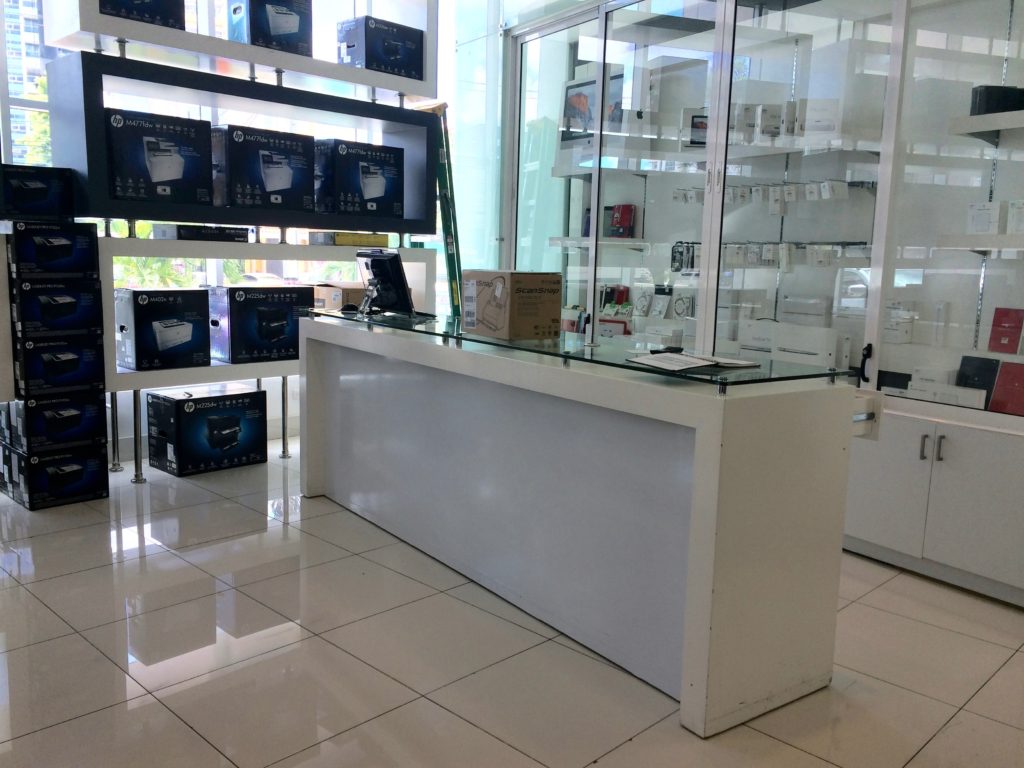 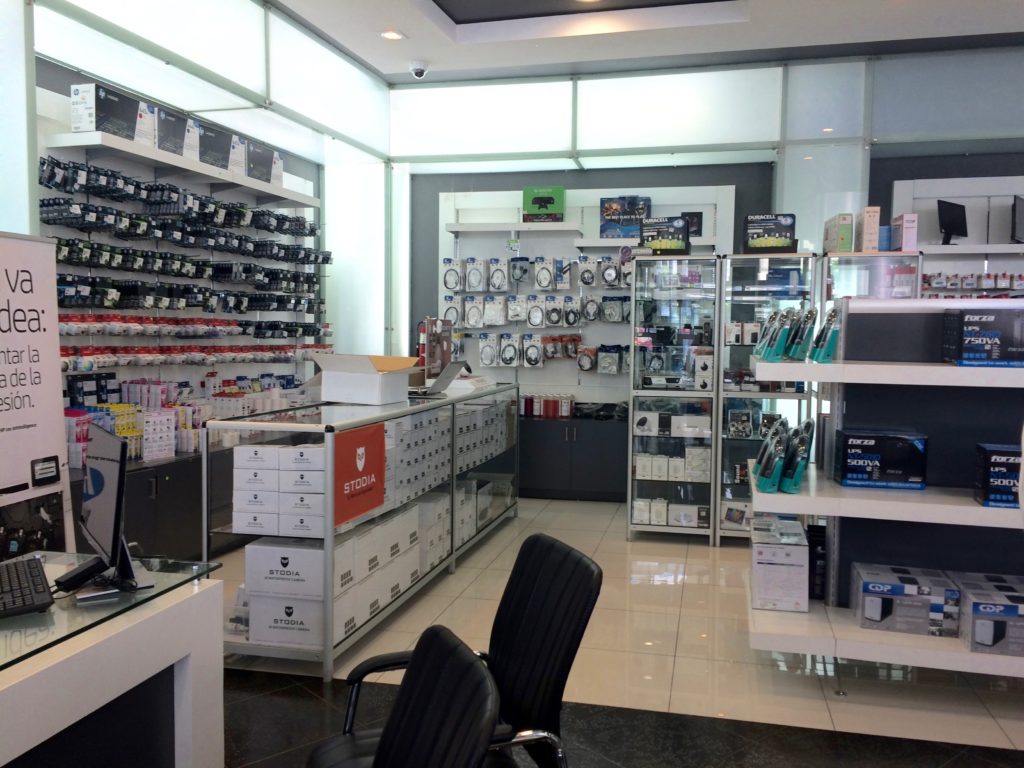 
A few blocks away, Calle Duarte offers a shopping experience at the other end of the spectrum. Geographically only a few blocks away from the designer shops of the Blue Mall or the Agora Mall, the street might as well be several light years away. Above, loops of raised freeway blot out the sun in a kind of spaghetti bowl. Below, the sidewalks are crammed full of open-air kiosks and carts selling everything under the sun in a massive, disorganized jumble. How would you ever find a pair of shoes in the chaos? 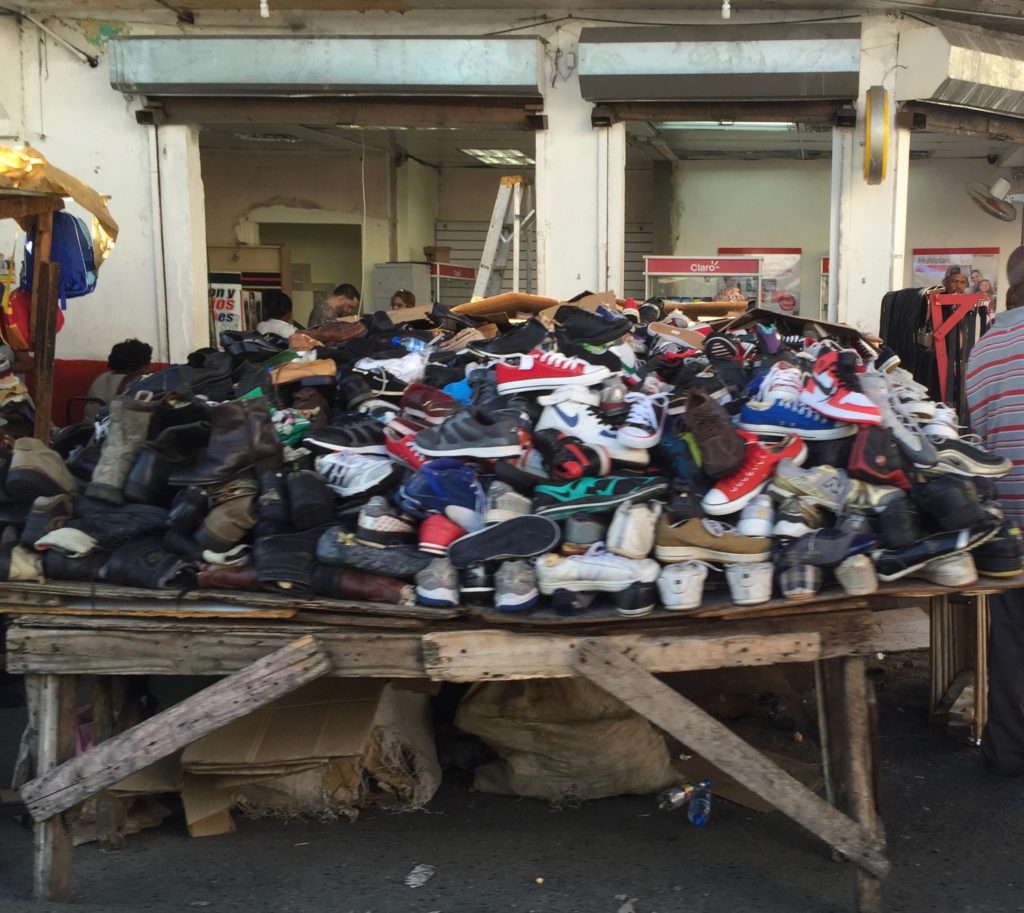 Where is a pair? 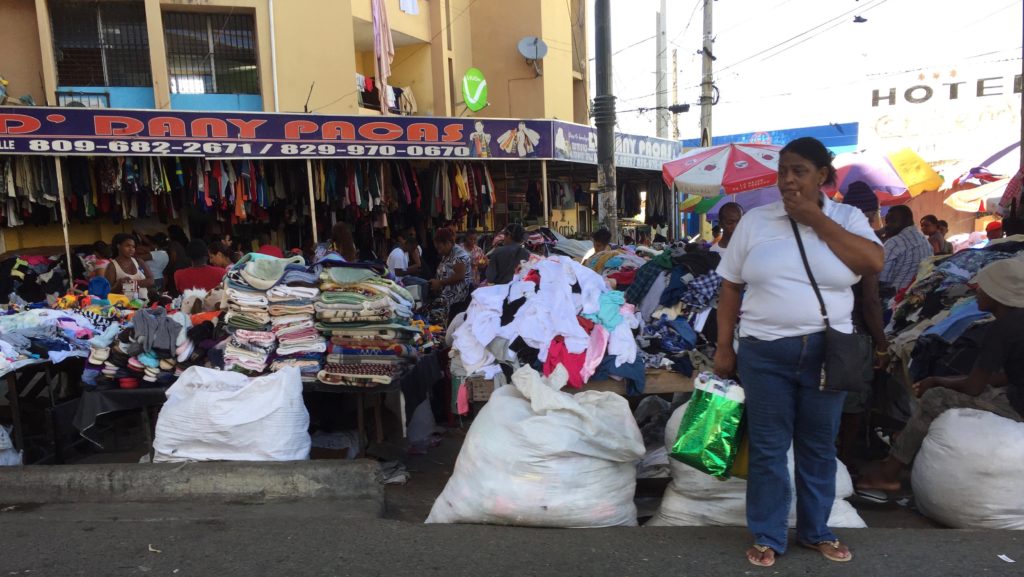 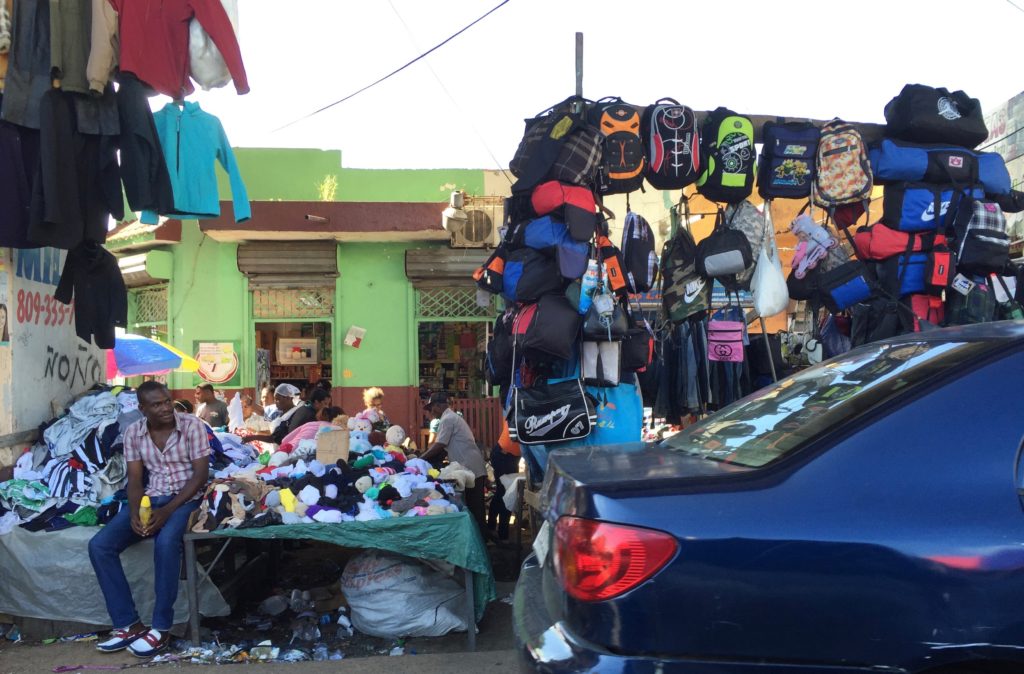 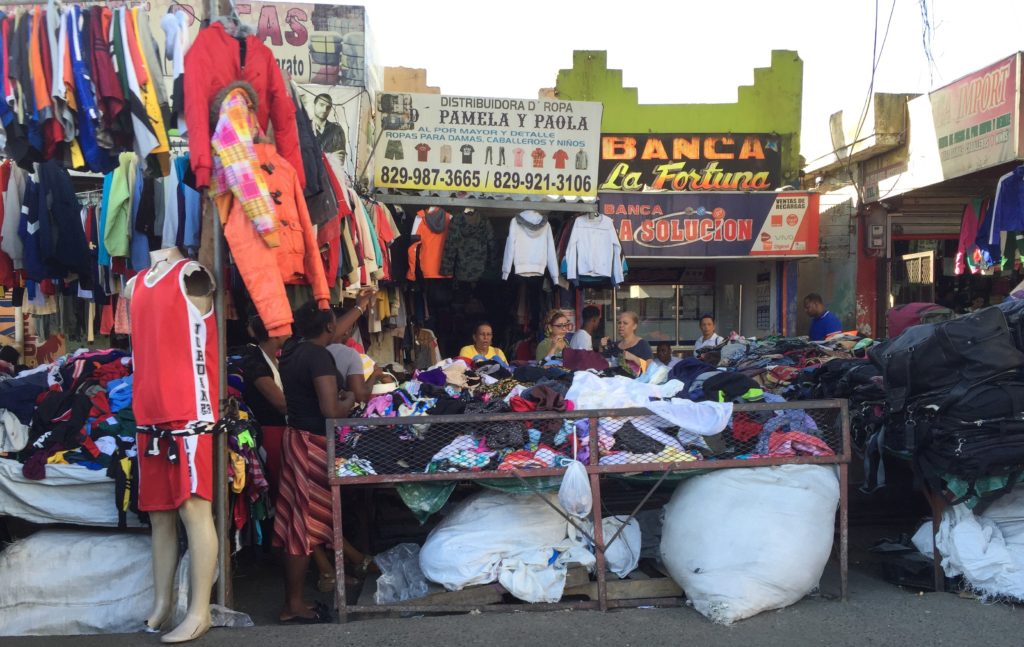