A glimpse of historic Santo Domingo’s old walled city begins at Parque Independencia. A newcomer to the Dominican Republic needs a little dose of island history early on, I believe, in order to gain perspective on the culture and people. Our plan was to visit the Colonial Zone of the the oldest city in the Americas (Santo Domingo). But sometimes what you find on the way to an important historic site derails the best of plans. For us, that was Parque Independencia! 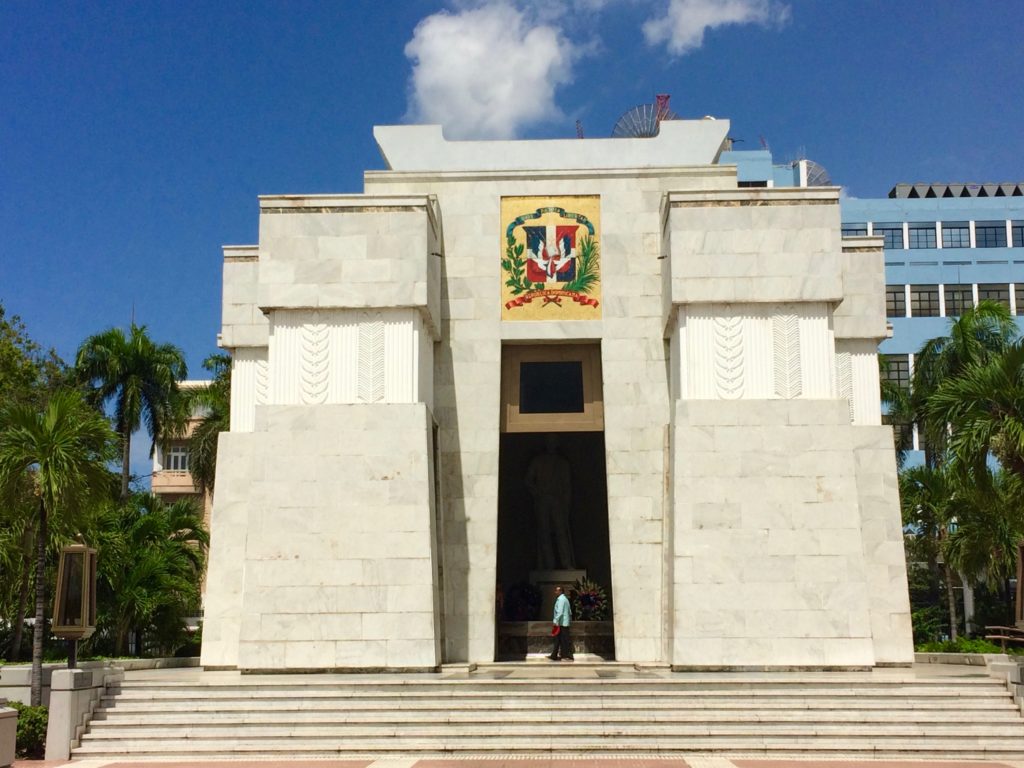 Our spirits were optimistic, traffic was light, and our water bottles were full. Suddenly we discovered we were rounding a lovely park with a beautiful white marble building. The dignity of the place told us we needed to stop. Every once in a while a wonderful event occurs by accident.

(You might think I’m talking about accidentally discovering the Parque Independencia! But really it’s all about the one parking spot available. In some kind of additional miracle I nailed my parallel park in one along-side-back-up-pull-forward manoeuvre despite the traffic honking behind me.) 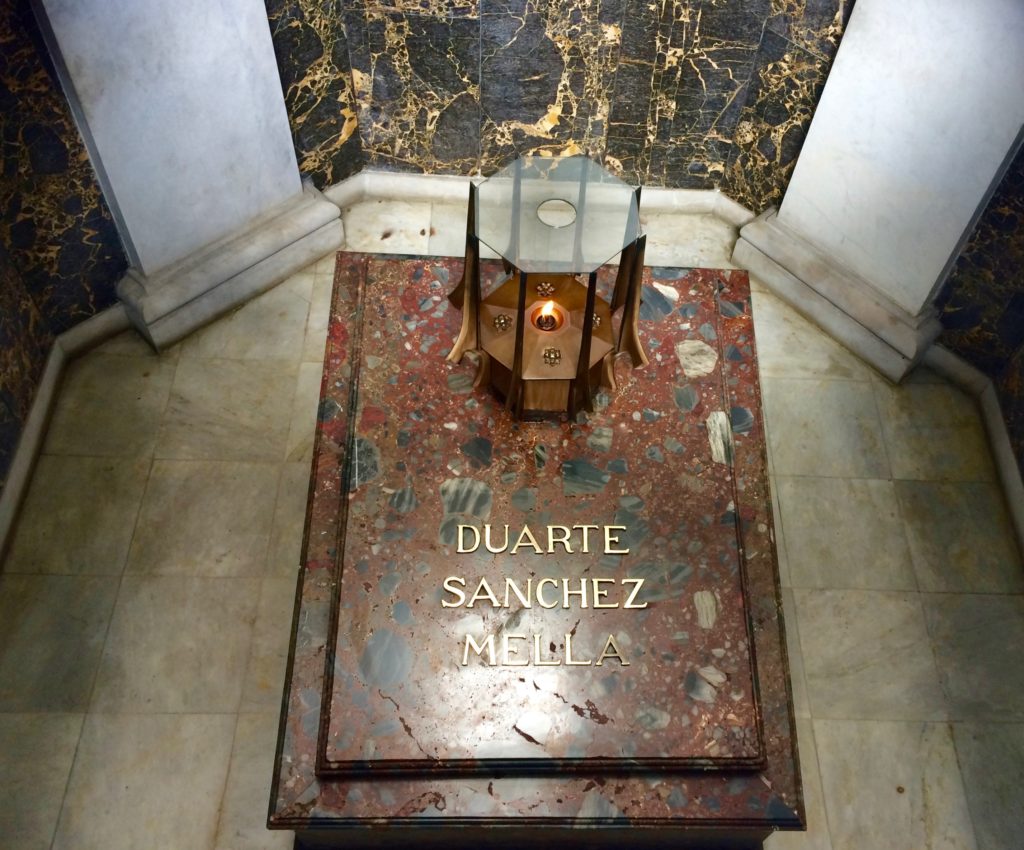 Perpetual flame to the Founding Fathers 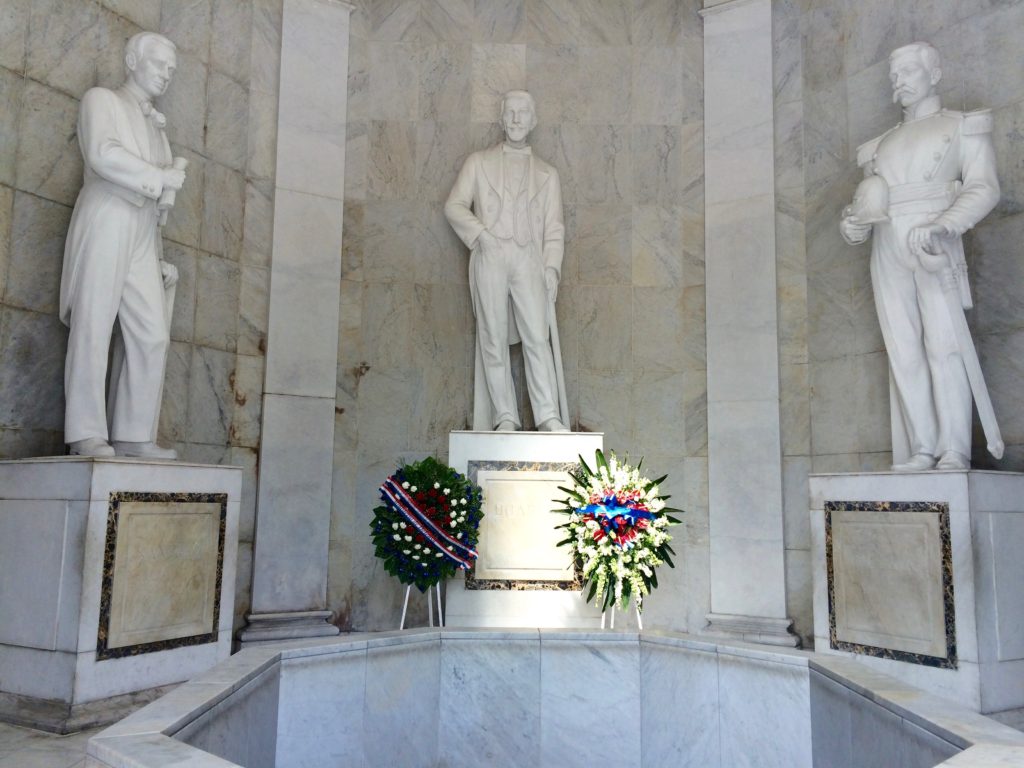 Sculptures of the Founding Fathers of the Dominican Republic

The Parque Independencia is an excellent place to begin one’s immersion into the history of Hispaniola. The white marble building is called the National Mausoleum (Tomb of the Patriarchs of the Country), built in 1976 to house the remains of the three founding fathers, Juan Pablo Duarte, Francisco del Rosario Sanchez, and Ramon Matias Mella. The monument is complete with fine marble sculptures of these heroes of the country and a perpetual flame in their honor. 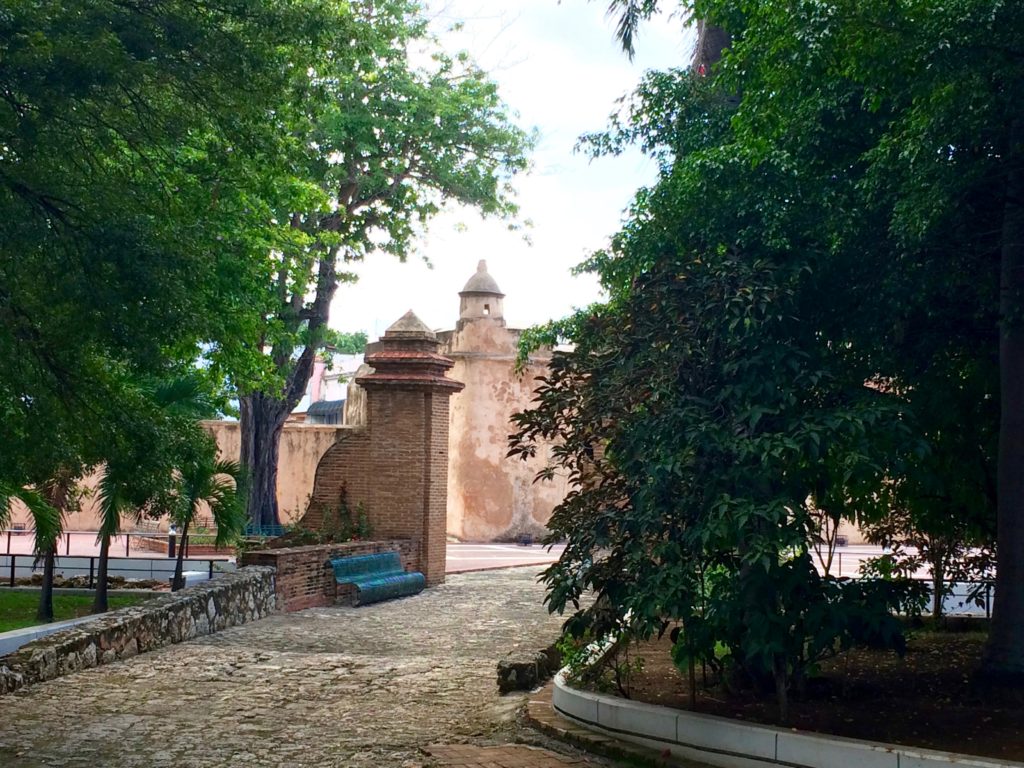 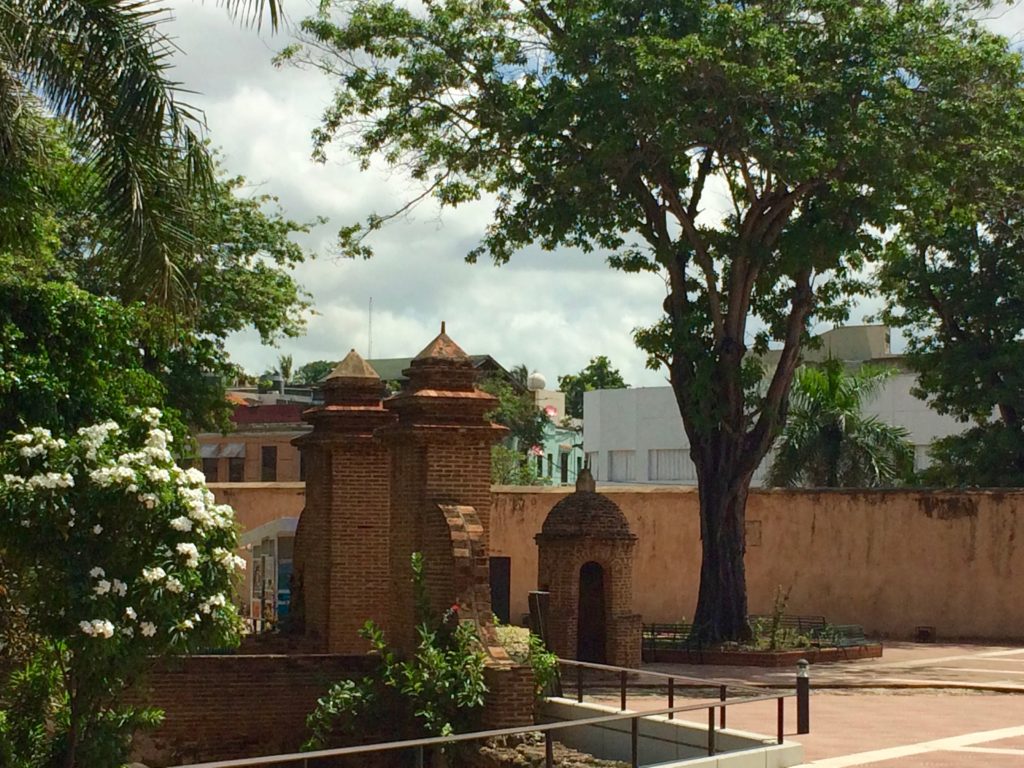 The original western entrance to the old walled city of Santo Domingo lies opposite the white marble mausoleum. Called the Door of the Count (Puerta del Conde), the name refers to the 17th century Captain General who saved the city from British invasion. 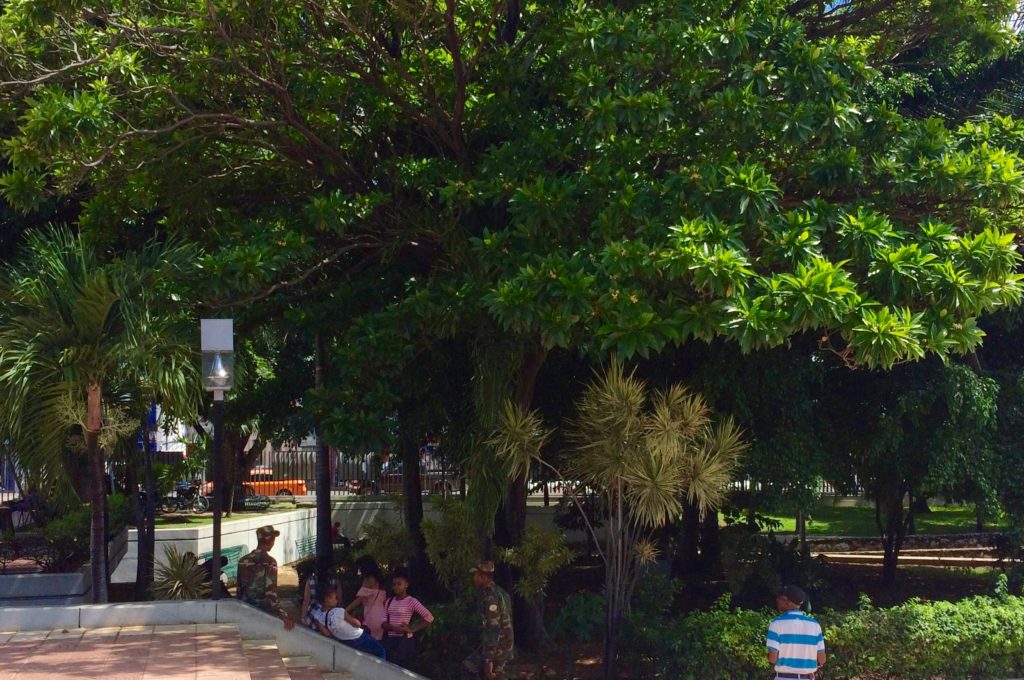 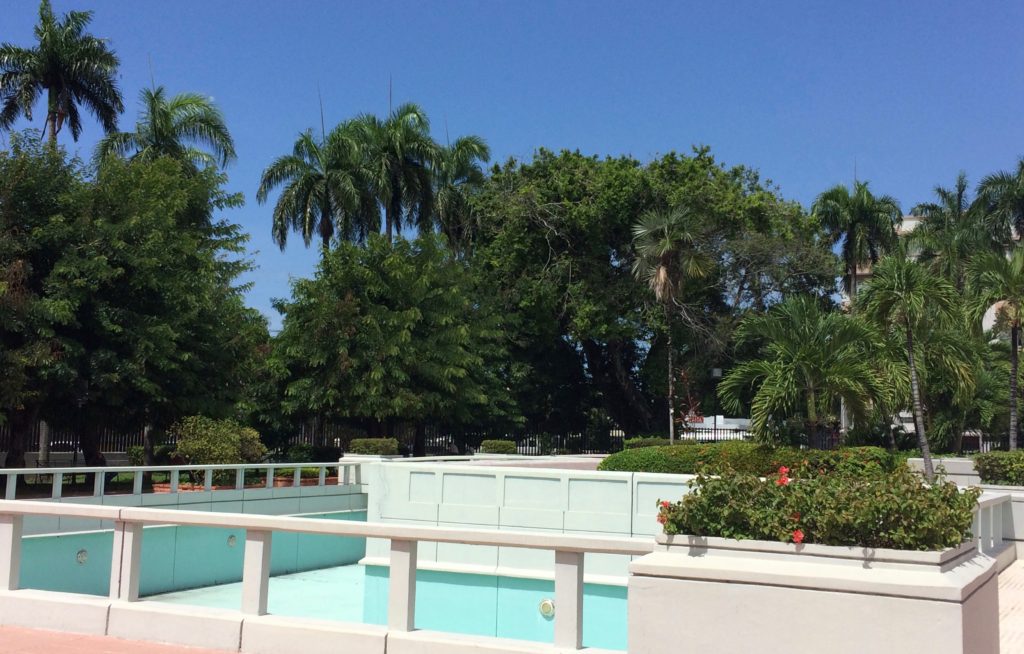 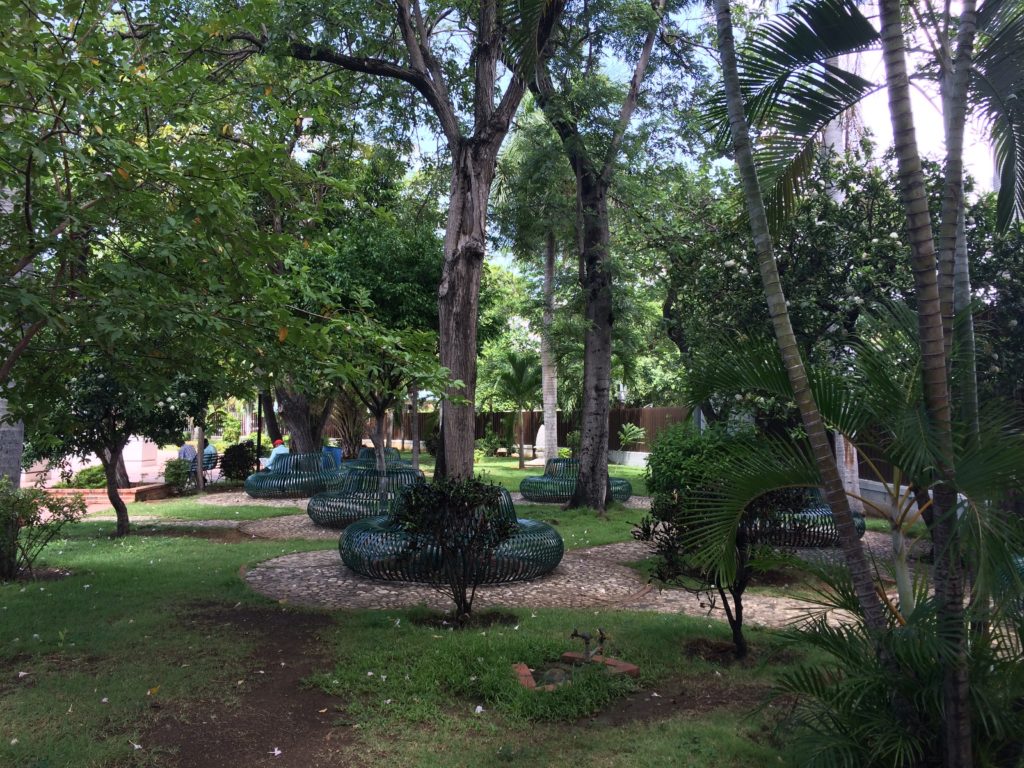 The park contains lush tropical foliage and benches to accommodate visiting citizens. We saw the bones of fountains that contained the promise of luxury in the form of water, but we have never found them operational. Still, the circular park holds a place in the hearts of the people of Santo Domingo. 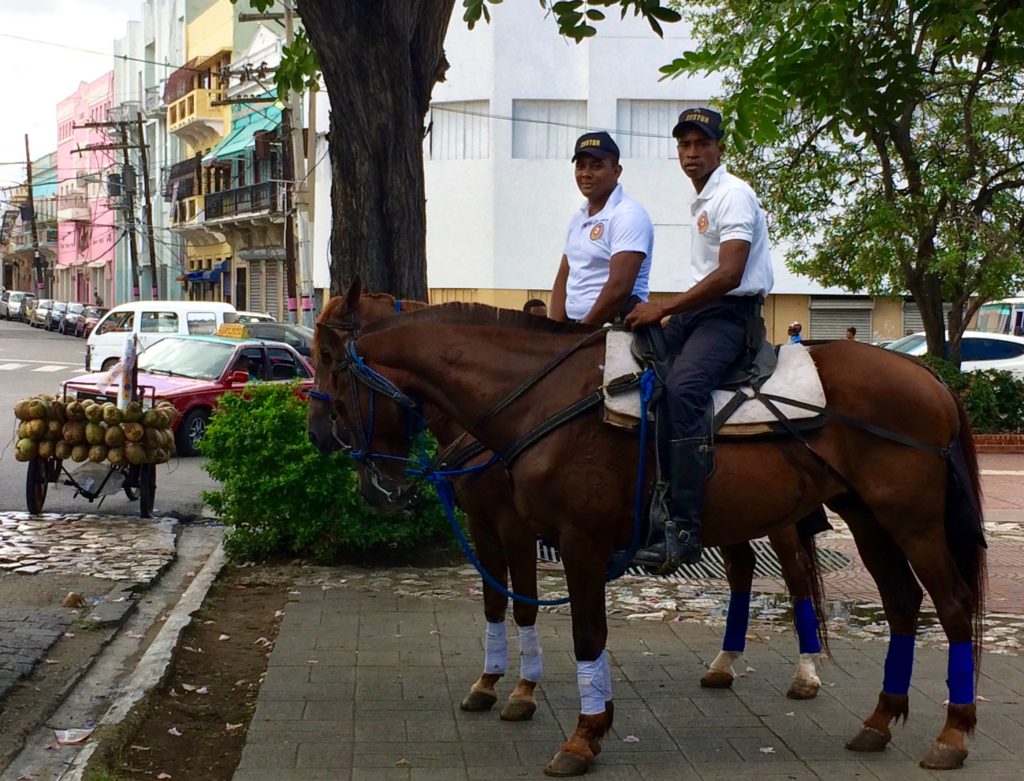 Leaving the Parque Independencia, we saw two policemen on horseback with a coconut cart nearby. In the density of a city of three million, it seemed an anomalous overlay of the rural on the urban. But I suppose the practical fact is that a horse can go places that wheeled traffic cannot. Perhaps the real anomaly is the cart itself in a city dense with motorized traffic ranging from semi-derelict vehicles to luxury SUVs.