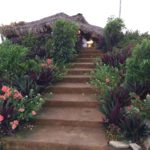 After a rousing New Year Eve in Santo Domingo’s Colonial District, our driving goal was to visit Samana on New Year Day. We saw beautiful tropical scenery, stayed at a secluded condo in The Cove, and had a lot of fun (which later blogs will explore). But early on, while simply driving to Samana, we learned some amazing things about gas stations on the island.

Did you know this? We found a rural gas station that serves a buffet to rival the high-end restaurants in Santo Domingo. And how about this? A number of large rural gas stations serve as gathering places, a party space, for all kinds of New Year revelry.

Best Buffet on the Island in a Gas Station 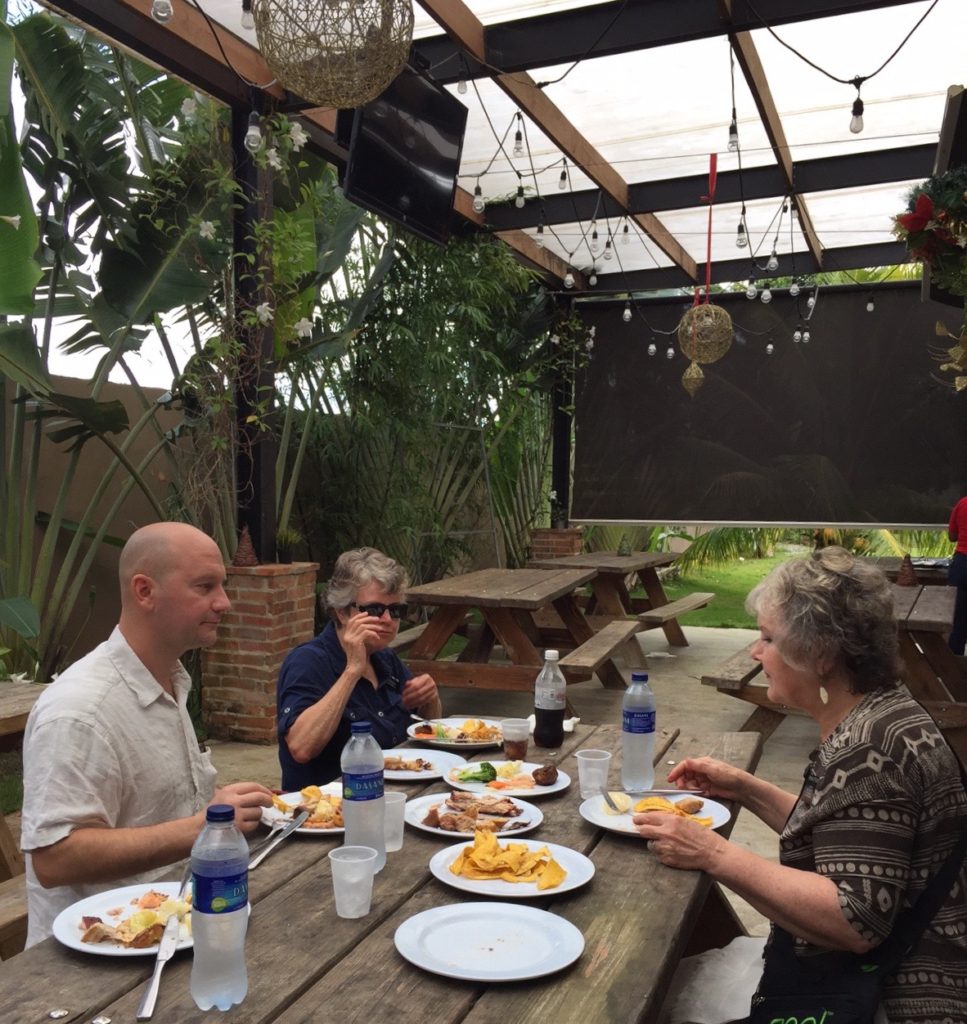 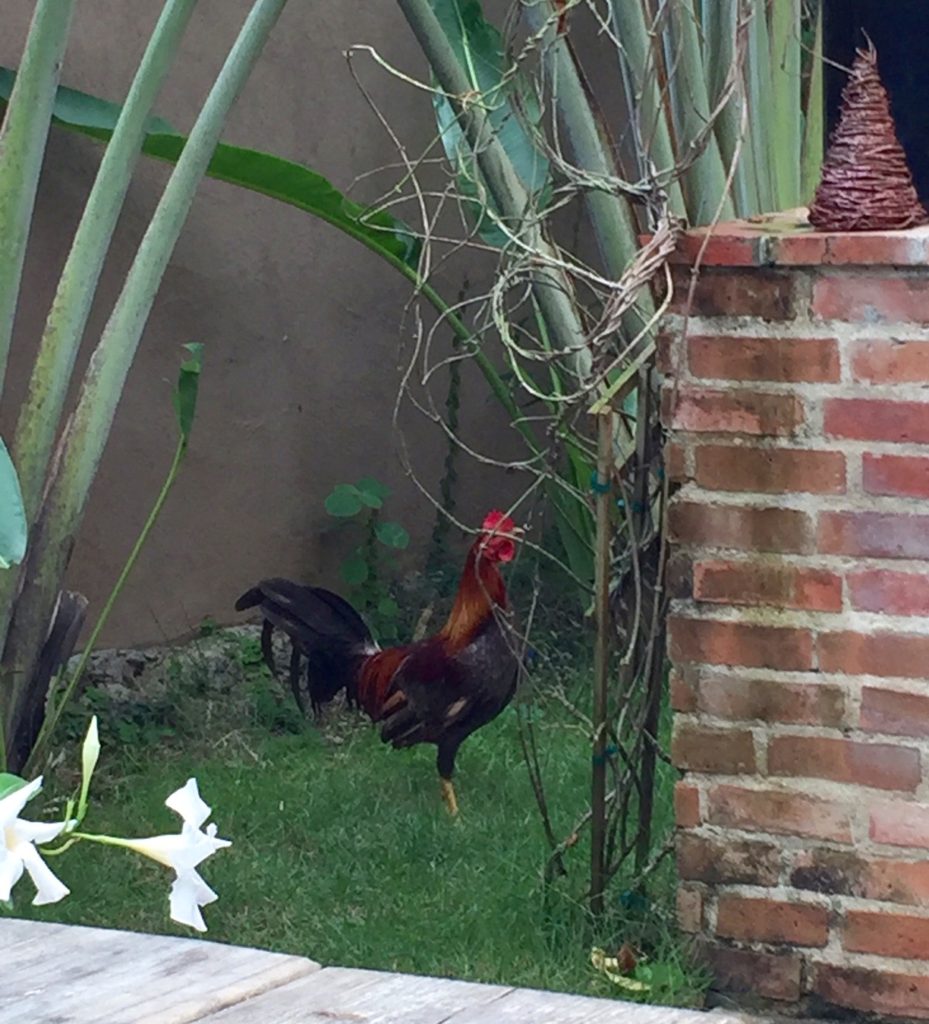 We left the La Esperilla district of the city mid-morning, so by the time we reached the turn-off to Highway #7 we were ready for some lunch. Surprising as it might seem, at the completely inconspicuous gas station located there, we discovered one of the nicest buffets we’ve found on the island. (And this includes El Conuco on New Year Eve.) We didn’t know the names of all the dishes, but pointing works. The servers scoop as much or as little as the customer wants—which I think is a completely practical idea—and place each item on a separate white plastic plate.

We seated ourselves at outdoor picnic tables in the back, all covered for sun protection. Shortly thereafter, the plates of food, plus cutlery and drinks, arrived. I have to say that my order of chicken cordon bleu never tasted so good! 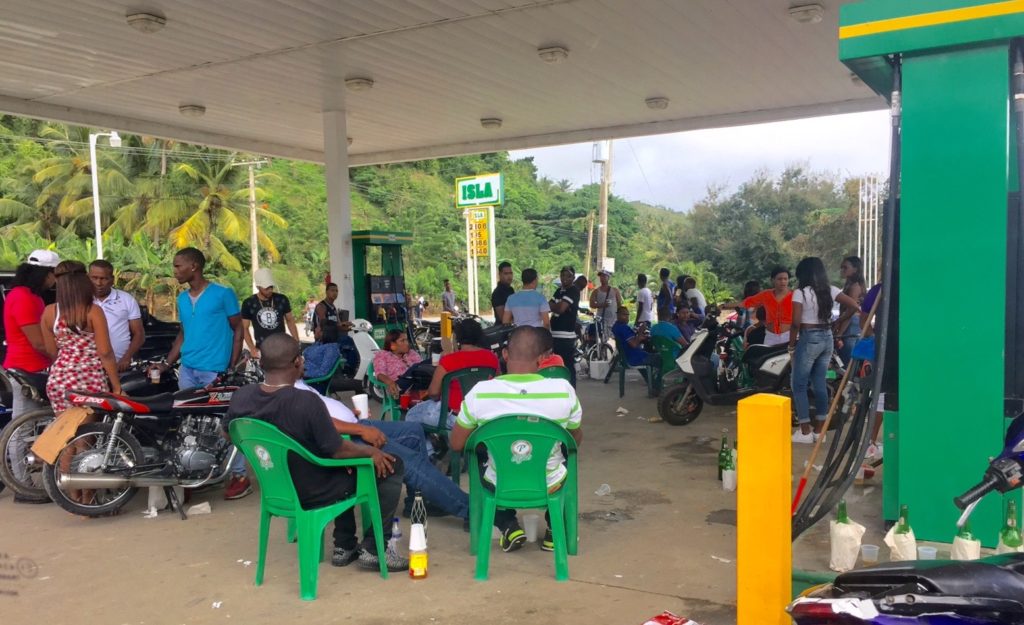 As we neared the Samana peninsula in early afternoon, we discovered throngs of people at the gas stations along the way. Sometimes a hundred or so motorbikes lined the edges of the cement, with dozens of tables and lawn chairs strung between the pump islands. Lucky thing we didn’t need gas, for that was the last thing going on at these gas stations. There was an occasional child, but I’d guess the age range of the group to be about 18 to 30.

Every table had an open liquor bottle—mostly rum, I think. Somebody had provided big speakers and the Caribbean music was loud. Nobody was dancing, but everybody was laughing and visiting and drinking. It was party-time!

The Bridge to Nowhere 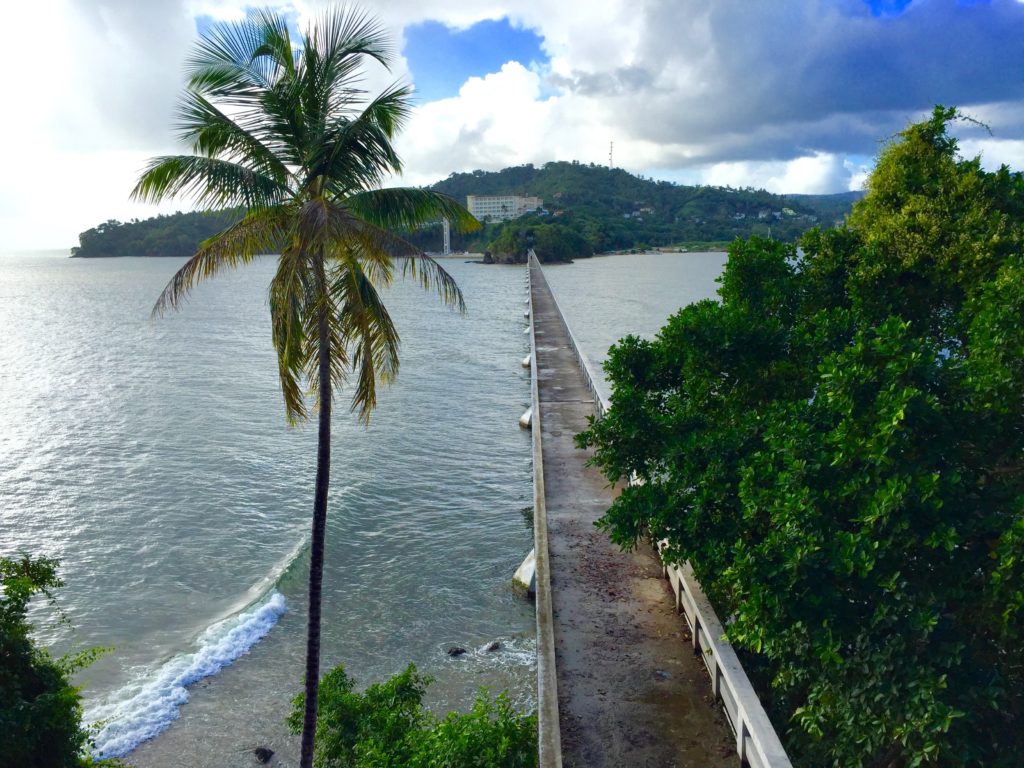 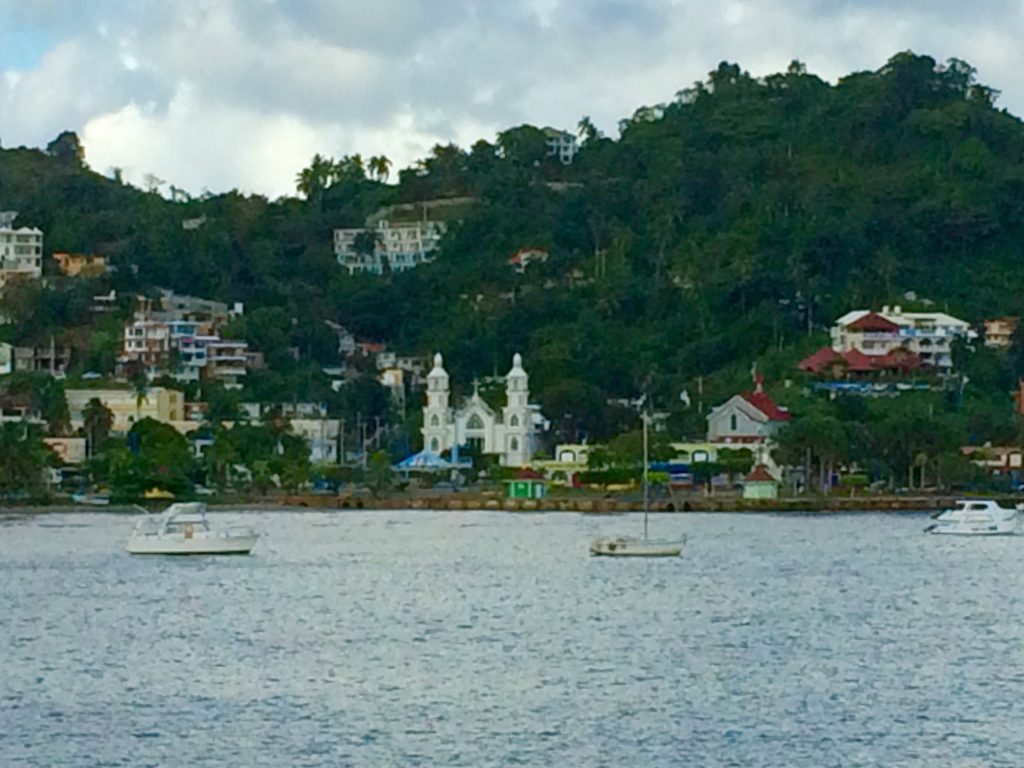 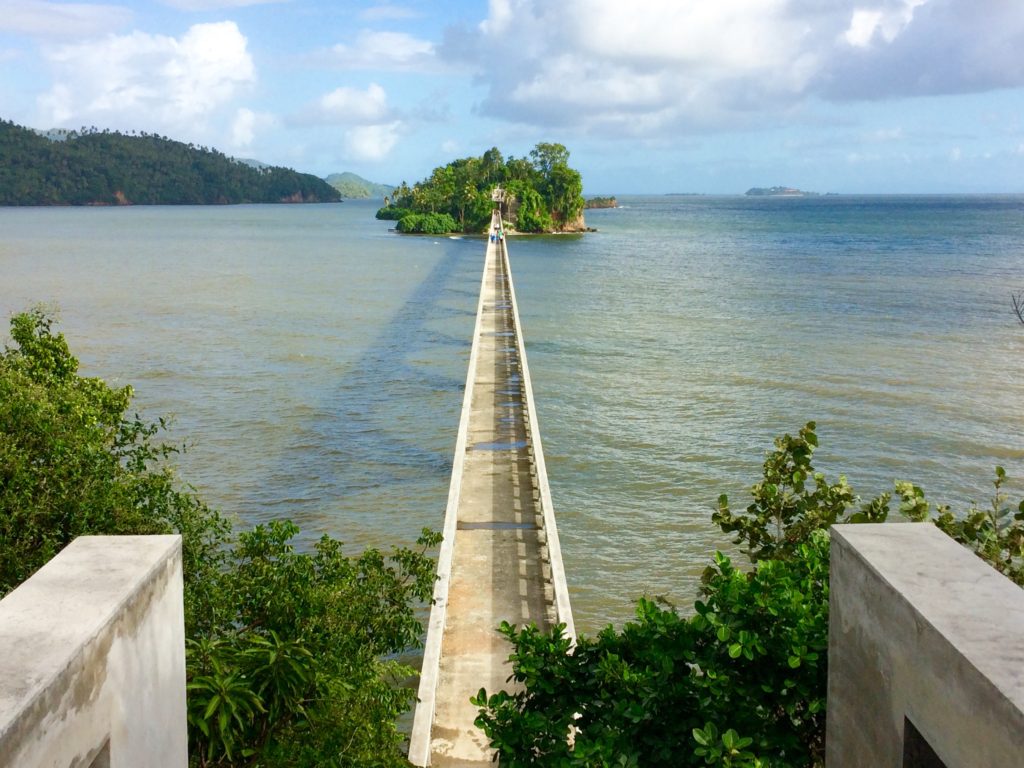 After sitting in the car for several hours, we stopped at the townsite of Samana to stretch our legs. Some of the town is a bit dreary, but the area next to the bay has some attractively painted buildings with streets relatively trash free. Cayacoa, with its dramatic sweep into the bay called to us. The structure, which is more like a very lengthy pier, consists of three bridges that span the distance between the shore and two small islands in Samana Bay. Suddenly a stiff breeze scudded clouds with pelting rain across the bridge. After drenching us thoroughly, on our return walk the clouds lifted and the wind stopped, exposing lovely views of the bay and shoreline. 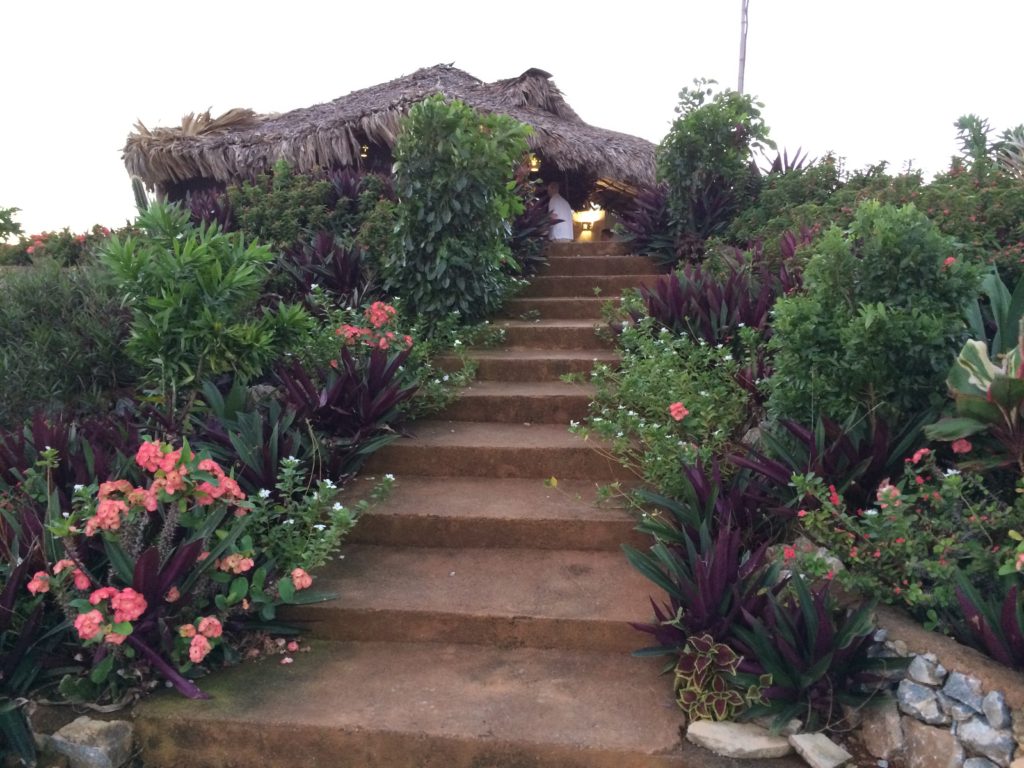 We’d been told about an excellent restaurant called El Monte Azul and called well in advance for reservations. The description on the website includes the warning that customers need a 4-wheel drive with high clearance, so we came prepared. We had exchanged Rhonda-with-a-T-bone (our Honda Civic) for an SUV, so we approached the bumpy, rutted road without hesitation. That is, until we had to wait in a small clearing for the van in front of us to get towed up the final ascent.

It’s the rainy season now in the tropics, and the steep road was wet, the stones slippery with mud. The van skidded and slid in every direction except up. As we sat in our vehicle waiting our turn, we thought soberly about the dirt road we’d just traveled and what we’d have to do to get to the top. We all expressed amazement that with a road that rough, narrow, twisting, and steep that the restaurant on top of the hill could actually stay in business.

And then it was our turn. We put it in second gear and shoved that gas pedal to the floor. It may have been a very noisy ascent, for all I know. Frankly, I was too busy holding on to notice anything except the angle of the car nose in relationship to the road ahead. Then, suddenly, we understood what all the fuss was about. At the top of the mountain/hill, the vista opened up to an astounding view of two bays. 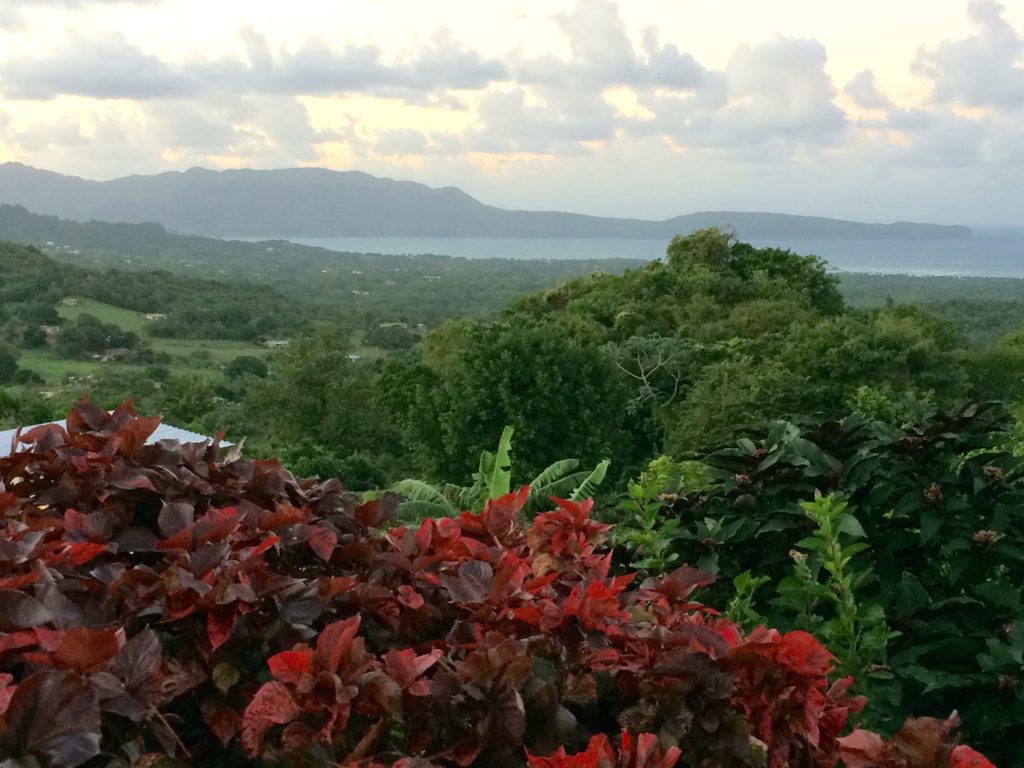 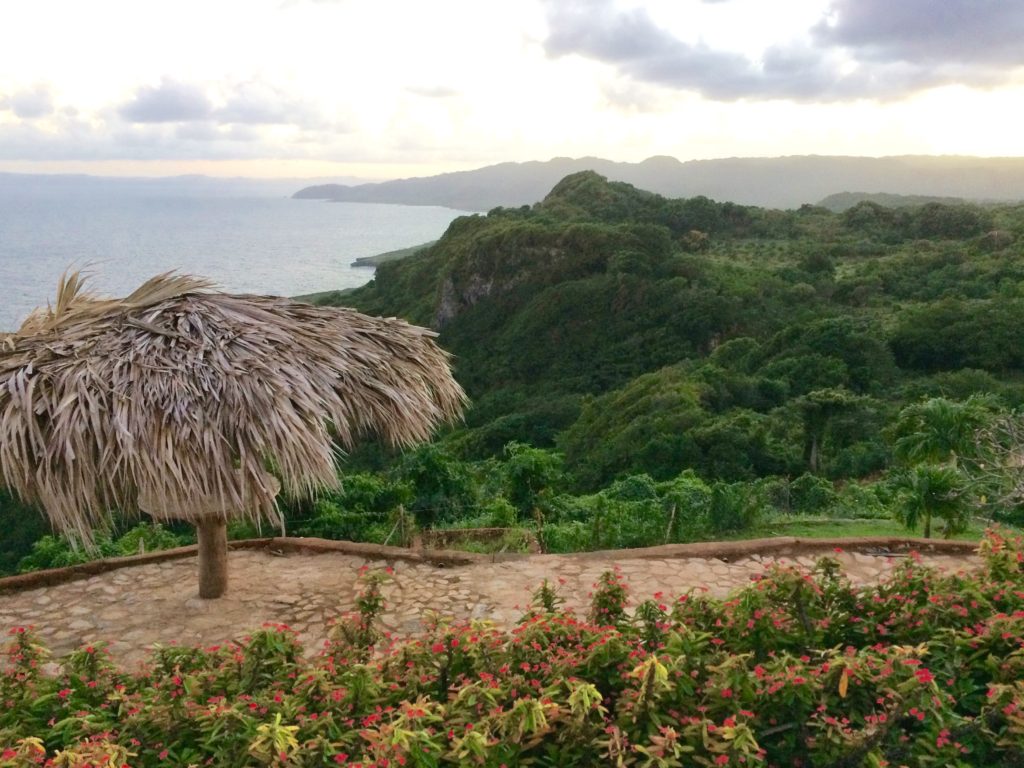 View from the top of El Monte Azul 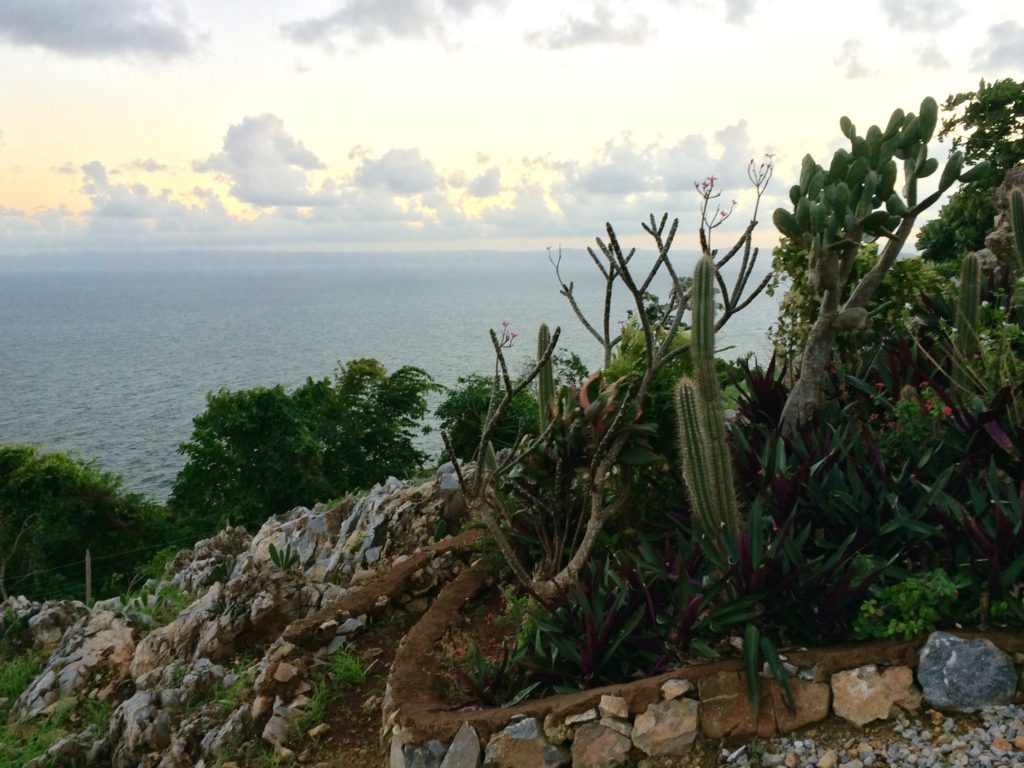 View of the Bay

The flora was desert tropical. I didn’t know that particular combination existed because tropical connotes moisture in my lexicon. But you can tell from the pictures what I mean. 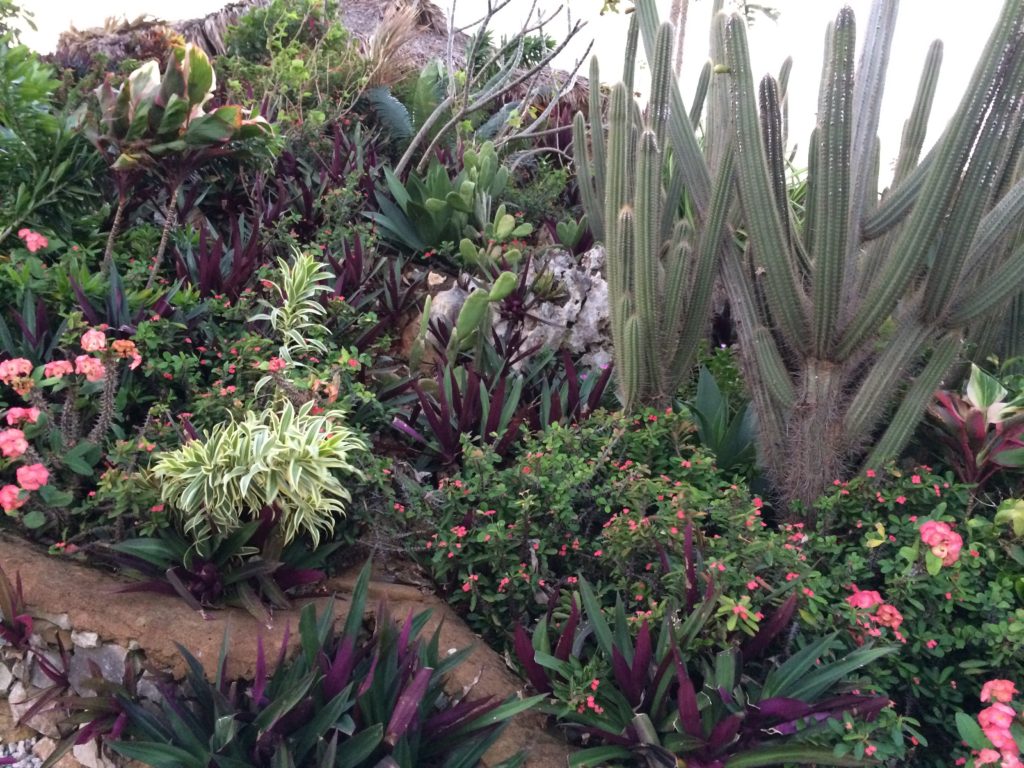 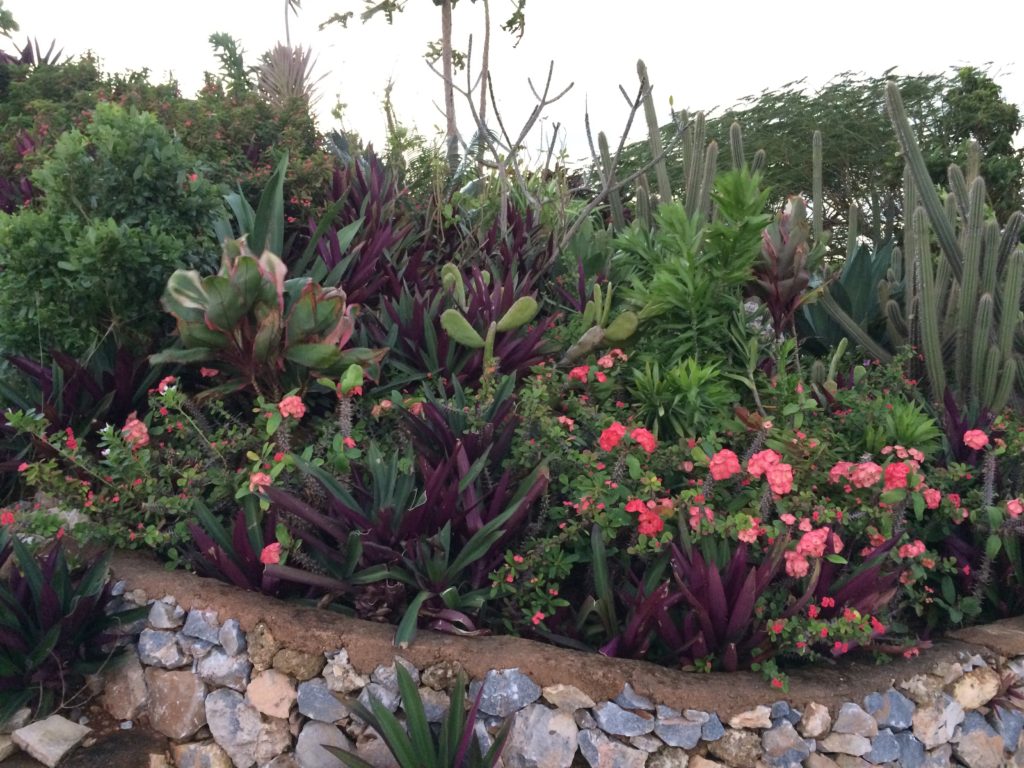 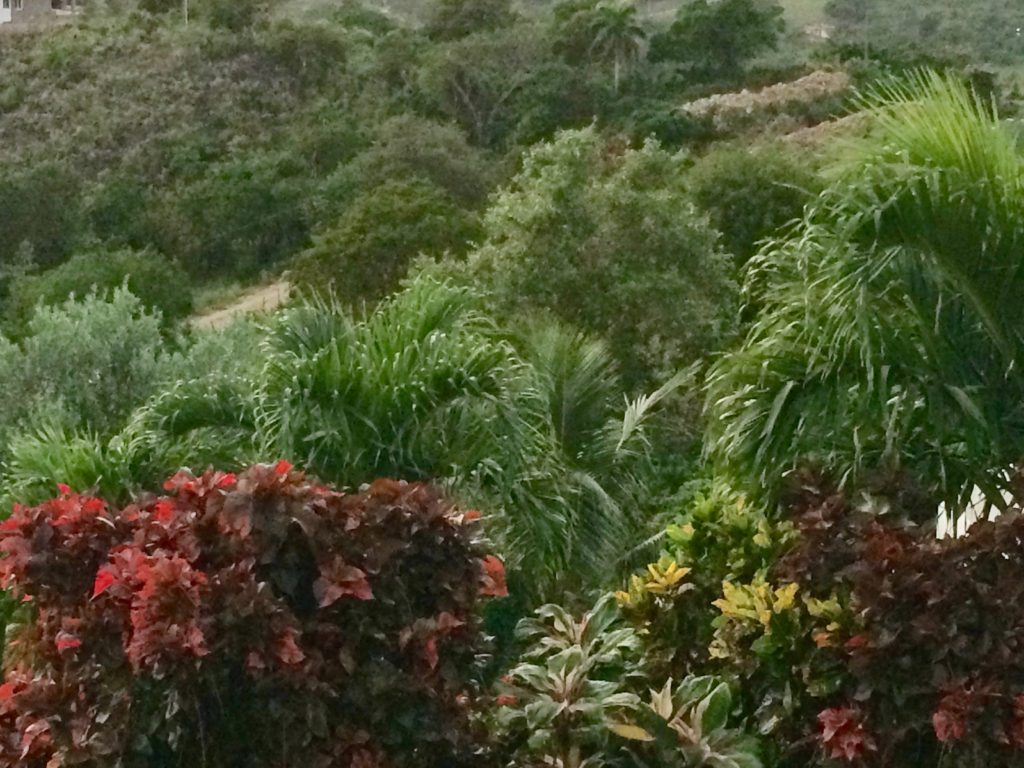 This tiny restaurant can only accommodate about two-dozen people (all by reservation). The food was good—Dominican with a French flair—I’d call it. But the setting was phenomenal.