For years I had driven through the tidy prairie town called Claresholm, situated along the #2 Highway in Southern Alberta, Canada. It didn’t signify much more to me than a lowered speed zone. With its generic assortment of flat-roofed businesses lining main street, Claresholm, population 3780, was a mere artery I had to pass through in order to reach larger, more interesting northern cities such as Calgary and Edmonton.

This time as I approached Claresholm, however, I couldn’t simply drive through on my way to somewhere else. Claresholm was my destination. A loved-one was gravely ill, lying immobile in his bed in the Willow Creek Continuing Care Center, and I needed to help focus the one who would be left behind on the difficult task of living. 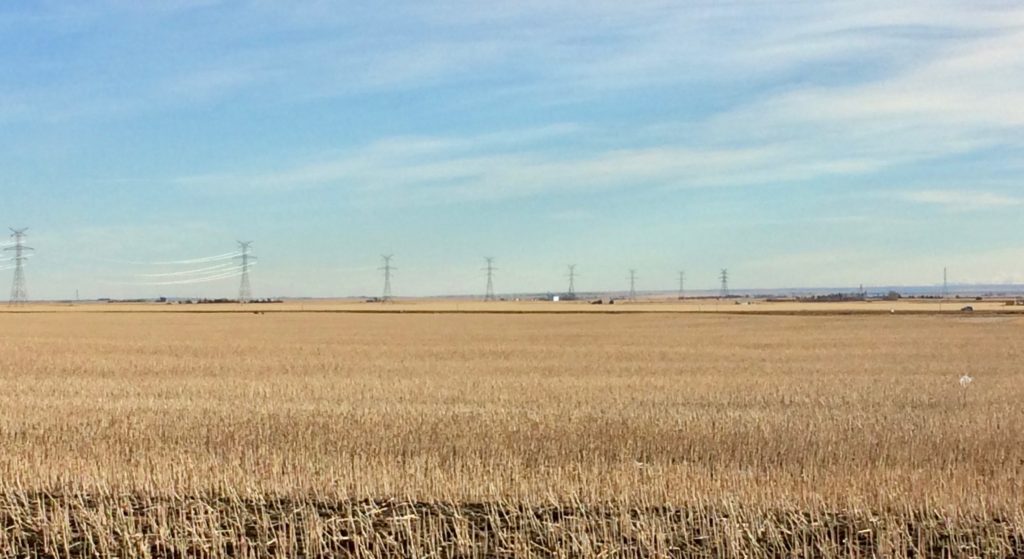 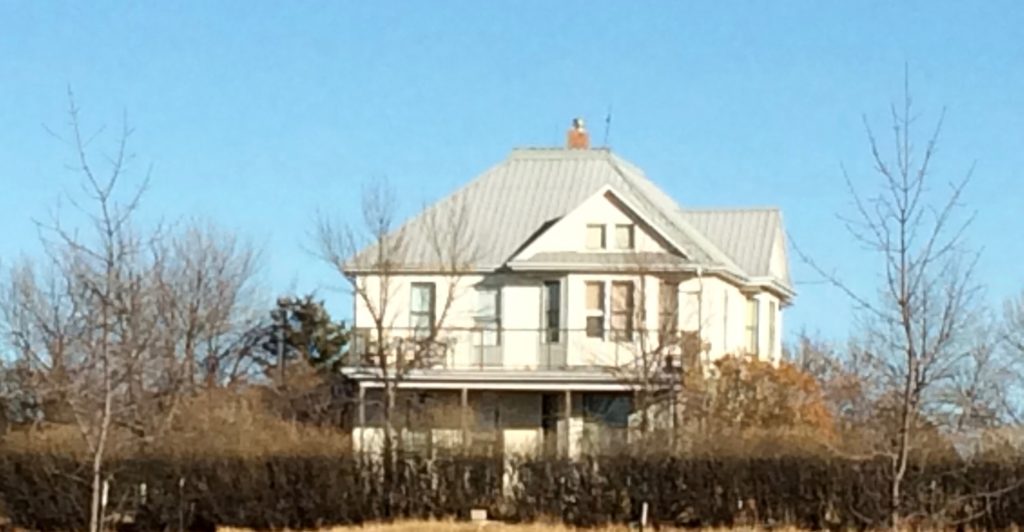 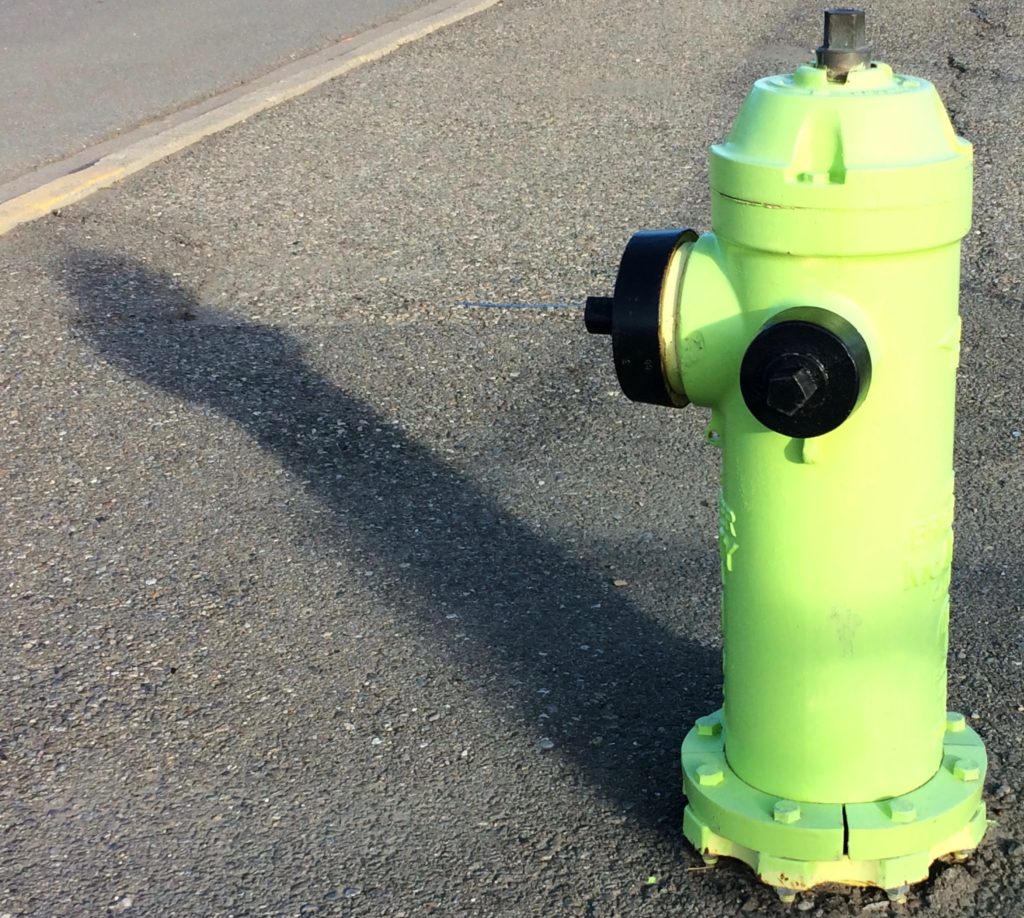 October in Southern Alberta usually comes after a hard freeze, which leaves the world pristine in its autumn angularity. Every day the skies came up bright blue in the morning. The trees were barren and the grass golden, our loved one ever failing. But I had errands to do, meals to prepare, energy to spend. I resolved to walk to the stores in the little town. Besides the exercise, there’s something resolute about placing your feet on the ground in sturdy shoes. I took in the sights of the town, seeing things I’d seen for years–but hadn’t really seen. 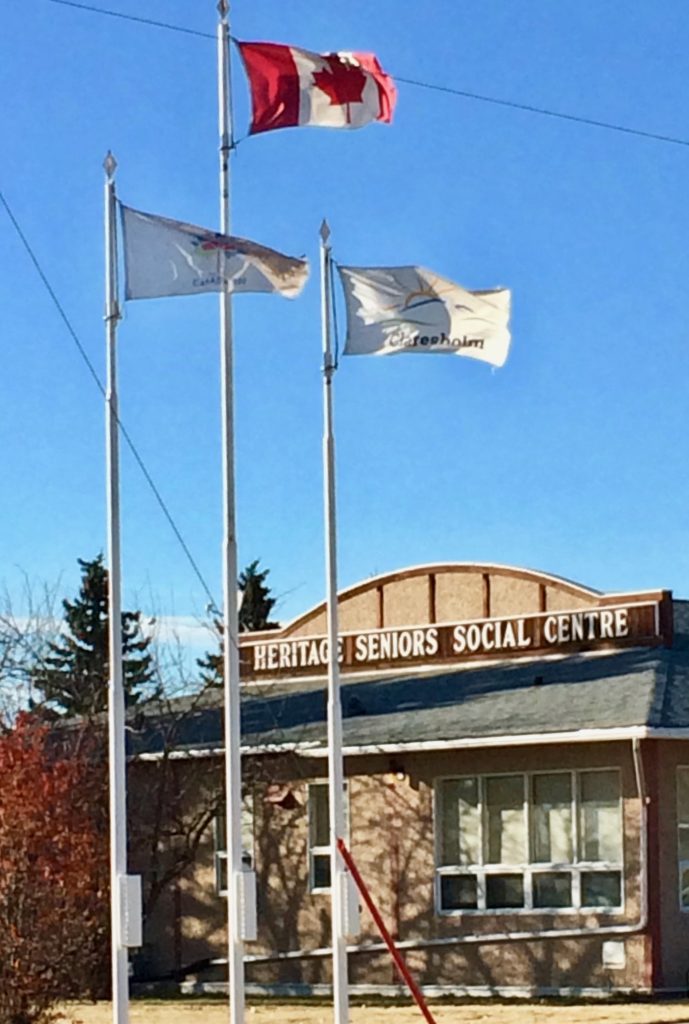 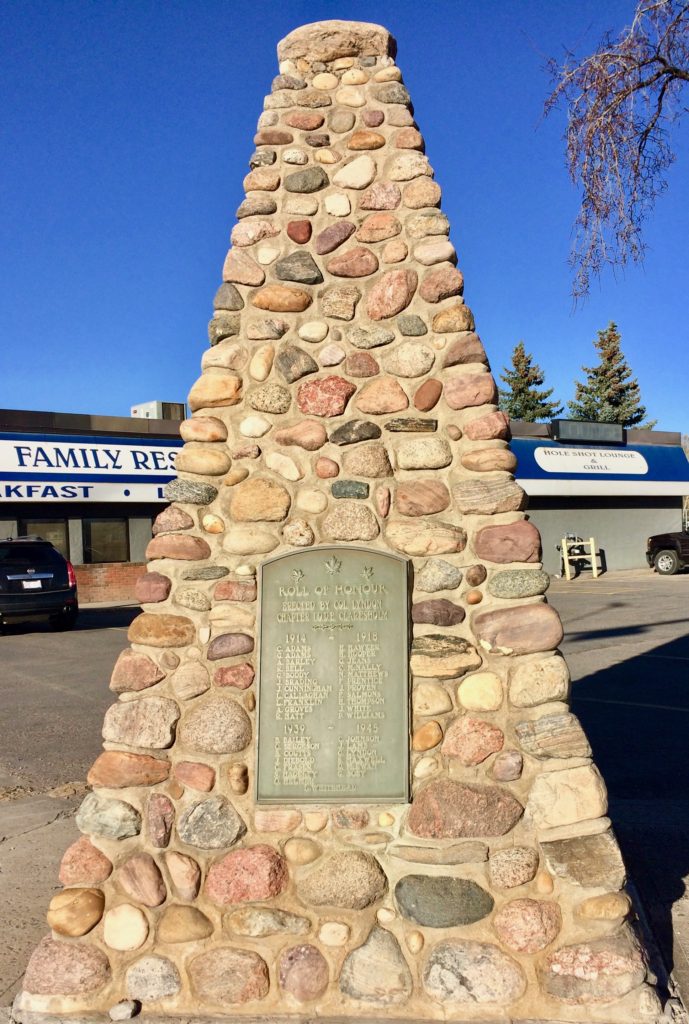 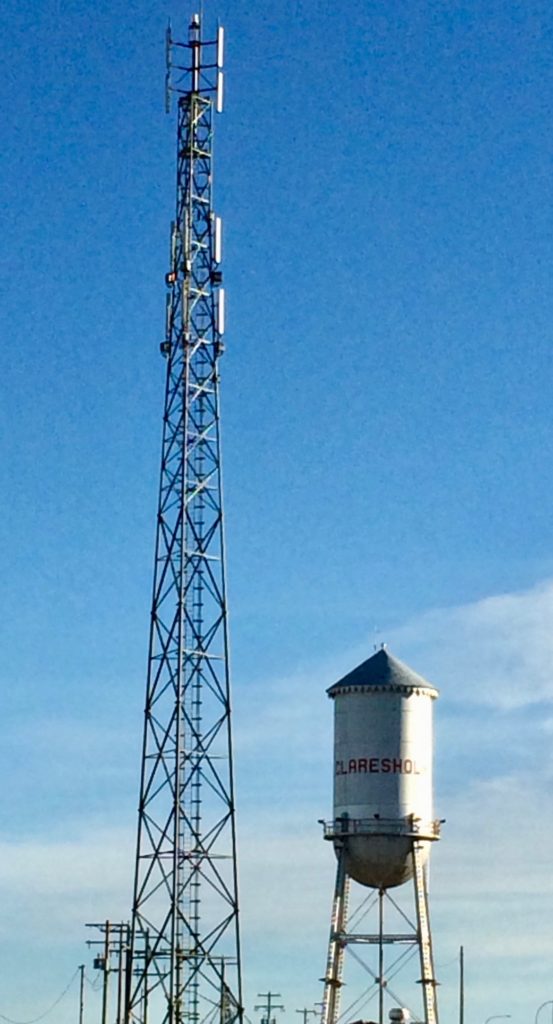 The weeks toiled on

How do you build a life when you are anchored to another’s death? How do you move purposefully through your days, circumscribed by the immobilizing tedium of advanced ALS? How do you manage daily living when phantoms of apprehension for the future and melancholy longing for the past anchor you to an insupportable present? 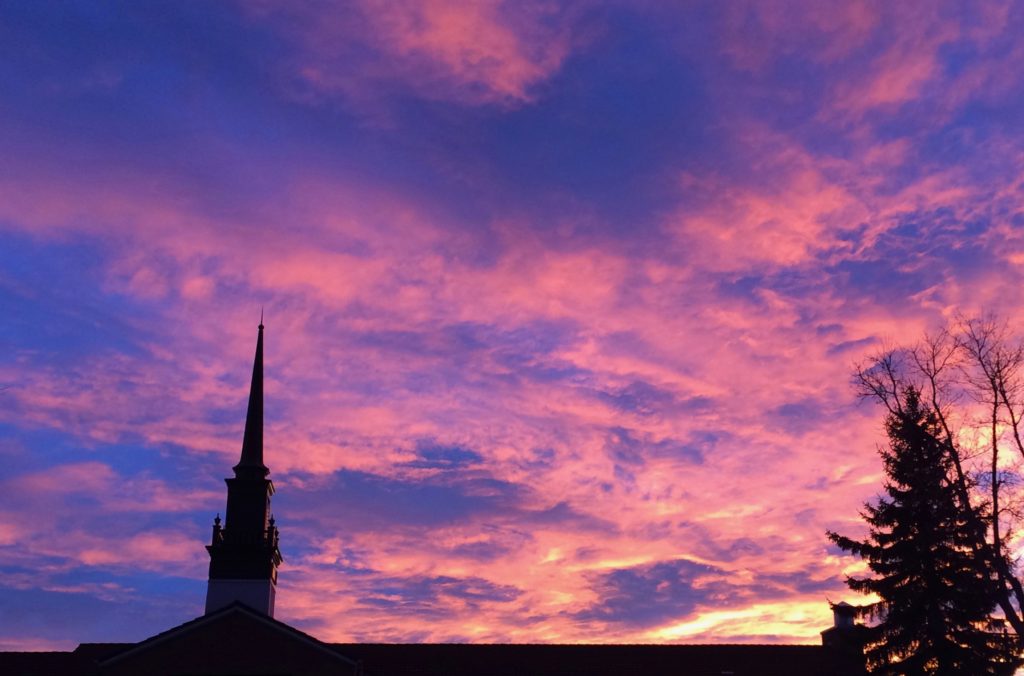 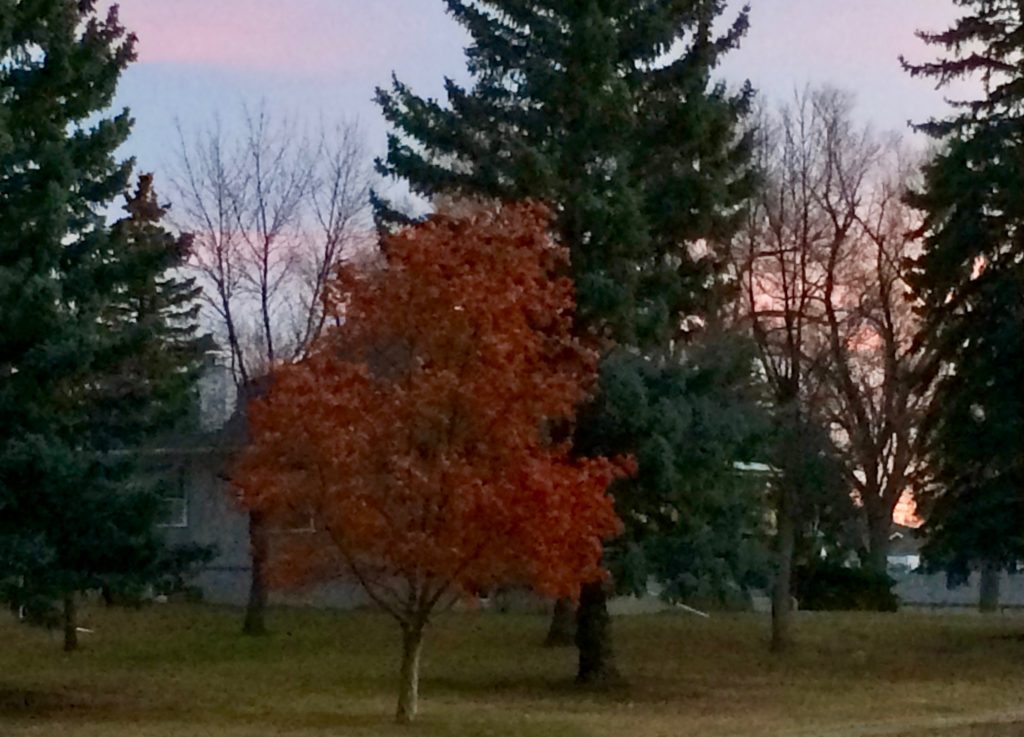 I had expected to live in Claresholm for a few weeks, just long enough to help my family through the death of this loved one. But something in his DNA pushed him hard to stay alive, even though he longed to go. Mourning takes a kaleidoscope of forms. From the wrenching anguish of unstoppable tears, to the dry depths of loneliness, mourning drills deep into the stoutest heart. I, too, had to learn the skill of deliberate living. It became more than a moral obligation to help another, it became a life skill. For both of us, we waiters, where was our balm in all this? 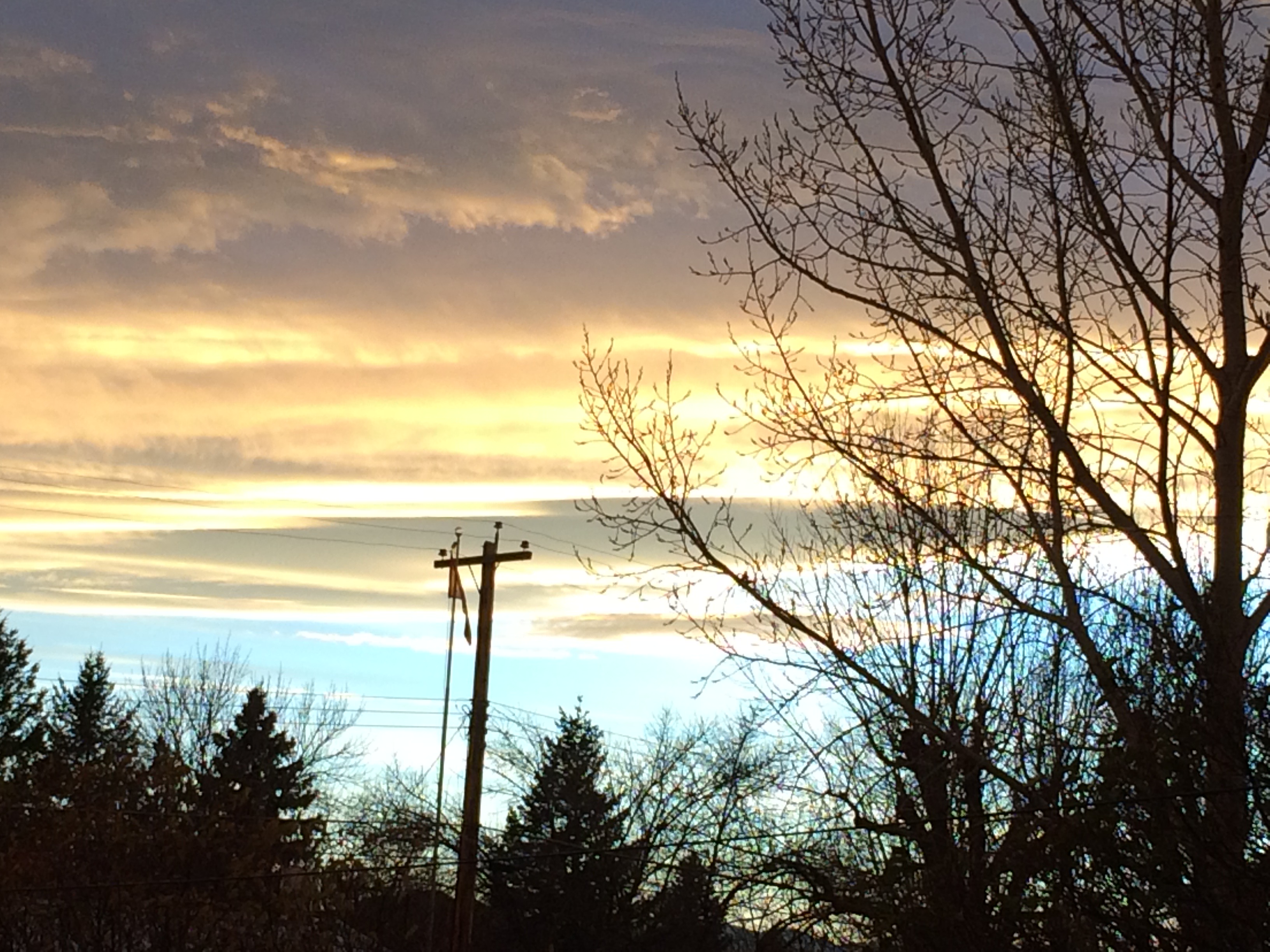 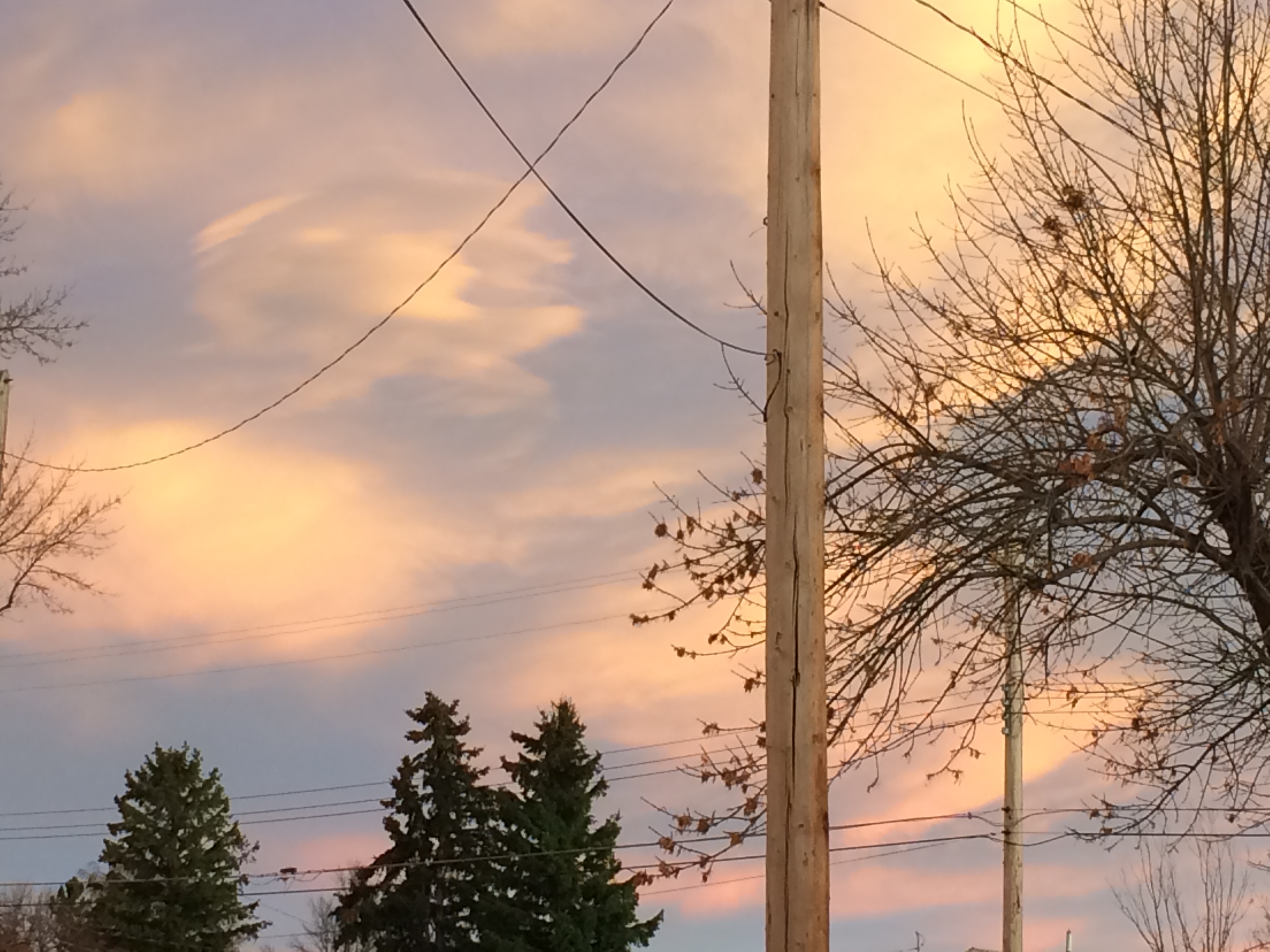 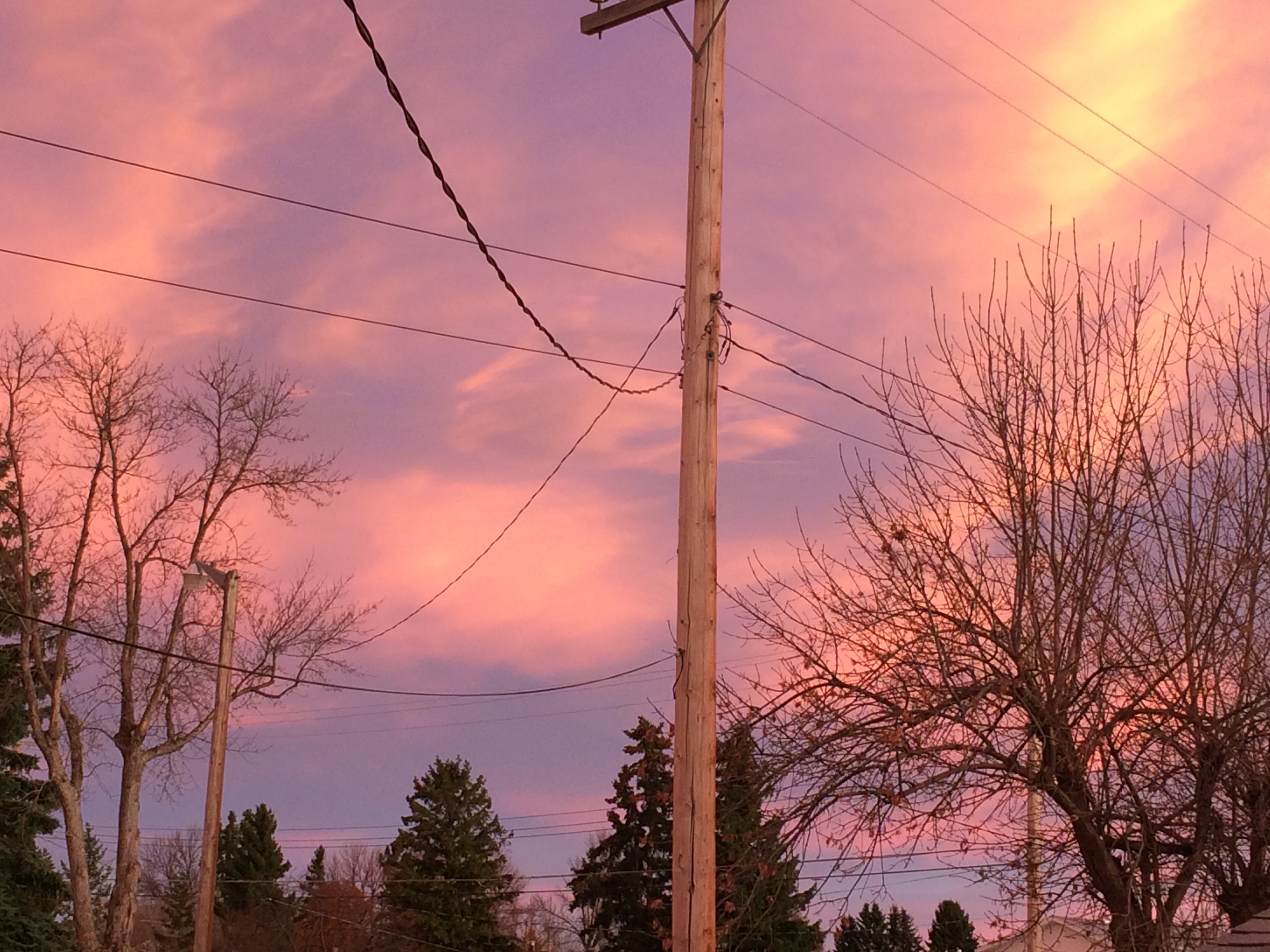 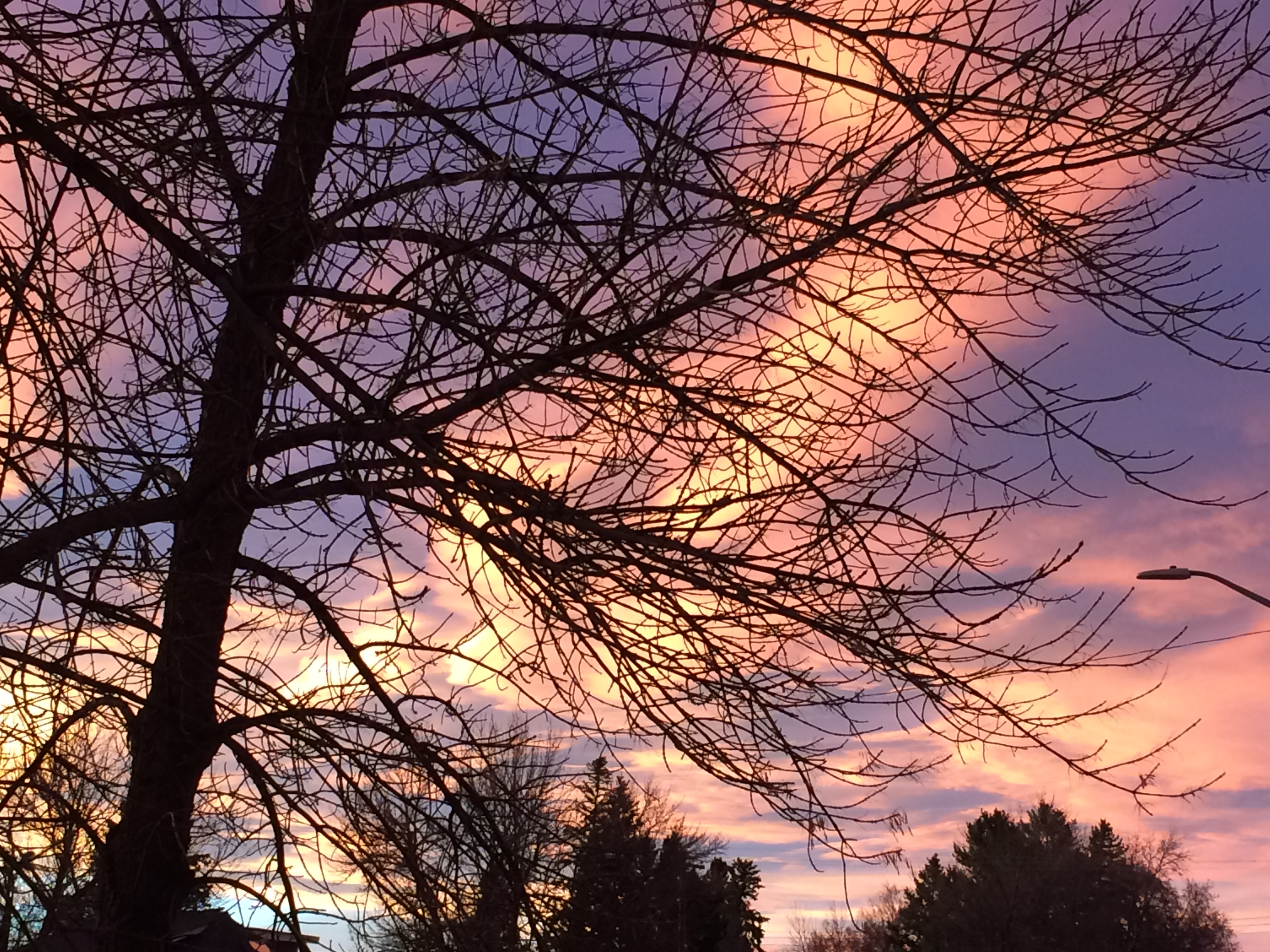 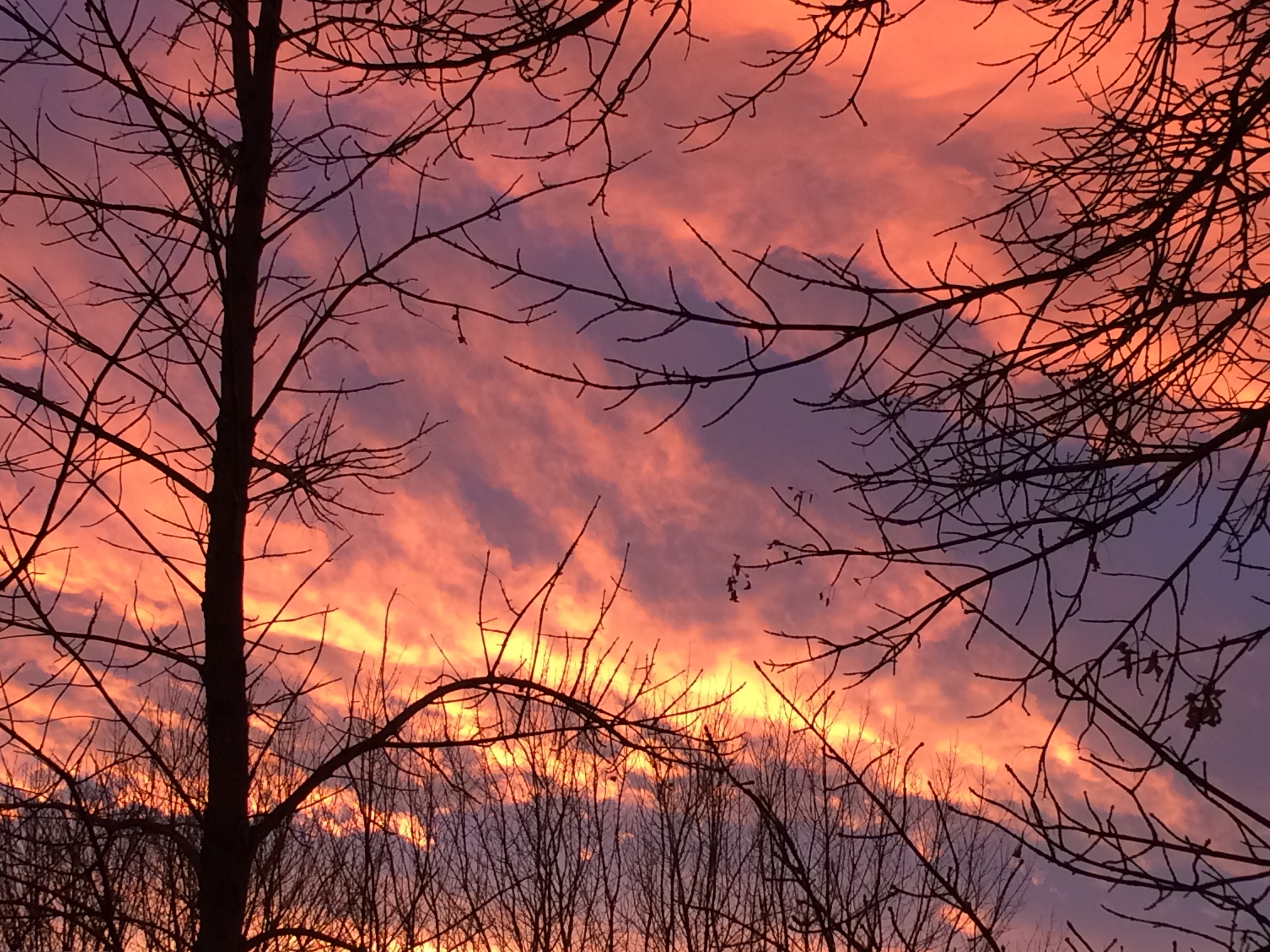 I found it in the sky, oddly enough. The sunset I photographed above happened on an evening when the news carried terrifying images of the wild fires burning all over the western United States. If I hadn’t just told you the fifth picture taken at 6:37 PM was a sunset, wouldn’t you think that Claresholm was burning, too?

What is this smudge?

I loved the morning drive to the care center, which took me west on an open road with vistas stretching toward the Rocky Mountains. One day as I drove toward what appeared to be a well-formed Chinook arch, I was alarmed to see a dense cloud approaching rapidly from the north. I hurriedly parked and ran inside to alert the staff, but they were already closing windows and vents. They’d received the alert that a localized fire had sent the smoke up and a wind was carrying it south, seemingly intact, a discrete bundle of pollution. 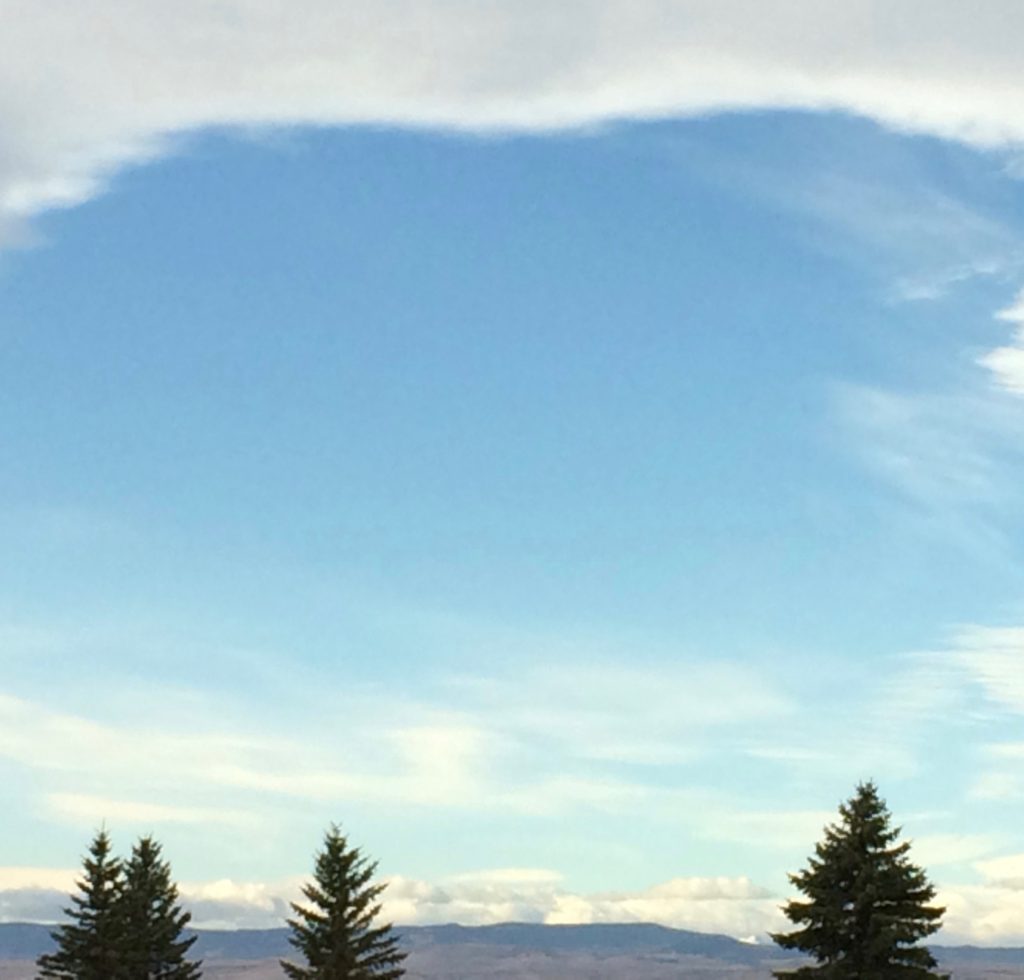 An hour or so later when I left our loved one’s bedside, the Alberta skies were clear. No sign of smoke. I can only guess that the mucky brown cloud was hitting Lethbridge about then.

Healthy living over months and years can never be found within the numbing wait for another’s death. We found our life-balm by seizing upon the beauty around us. And gradually Claresholm became more than a plain little prairie town to me. The Christmas cactus located at the front door of the care center suddenly burst into life one November day. Every care giver in the center wore shining eyes. And every day, in some way or other, the spectacular Southern Alberta sky reminded me that God still loves the world.