Detailed travel plans have the advantage of efficiency, but less often do they encompass the thrill of serendipitous discovery. If you turn down one road and not another as a spur-of-the-moment choice, and then discover unexpected loveliness, your most rational self knows that ordinary people make their homes there, work there, die there. Yet, unanticipated beauty seems to expand the soul, enlarge ones frame of reference.

On our early morning drive north from Bainbridge Island to Port Angeles, we made a sudden decision to take an easterly approach through Sequim. (If you think it rhymes with those sparkling discs sewn onto satin gowns, you’ll be as wrong as I was. Actually, it’s pronounced more like “squint.”)

We had happened on a brochure proclaiming the Sequim area as the Washington, USA, equivalent to Provence, France, for growing lavender. That fact was new to us. Of course, the second week of June was too early for lavender to be in bloom, but nevertheless we enjoyed the drive along beautifully cultivated farms. 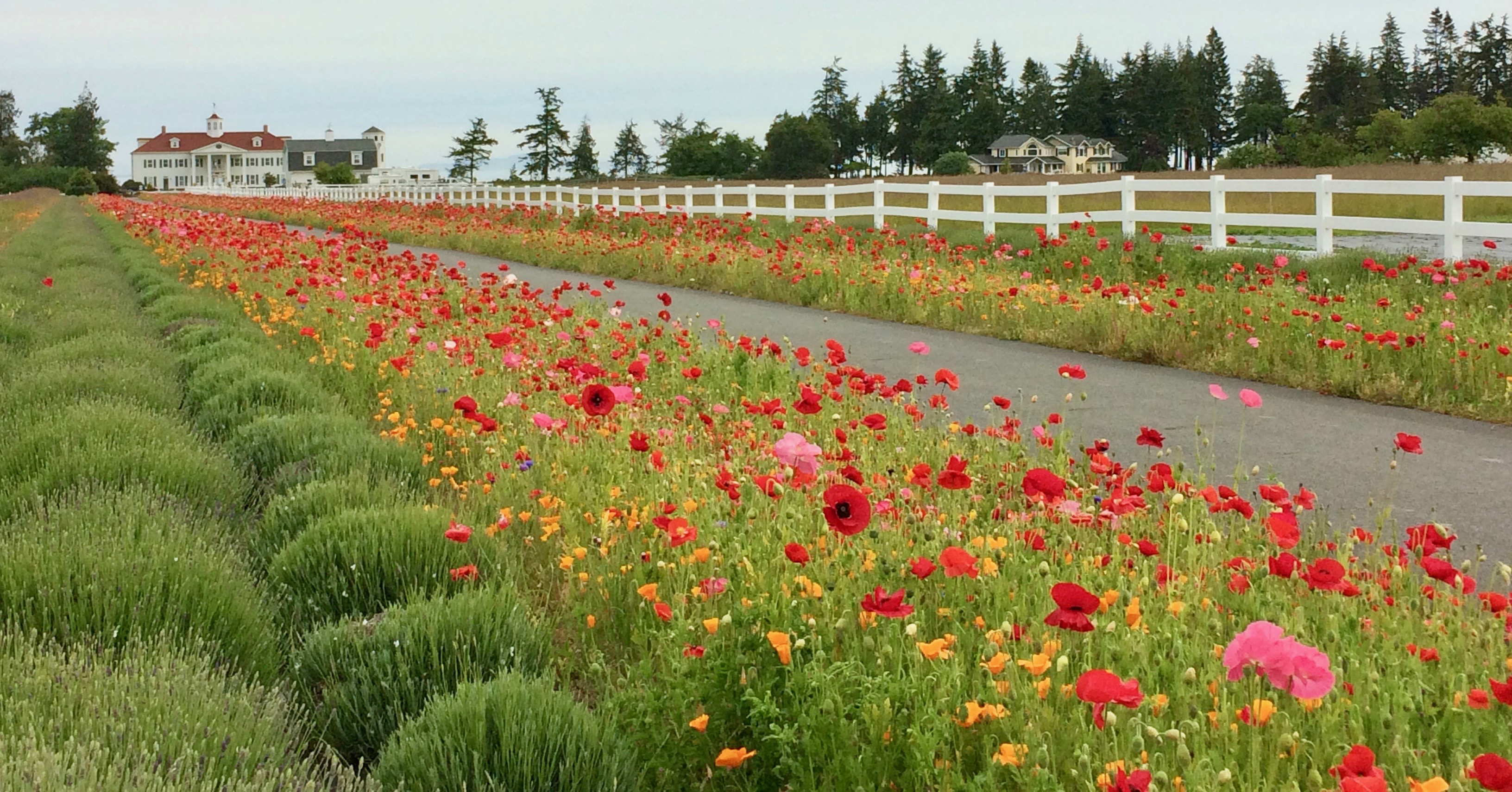 We were arrested by a particularly stunning drive-way banked with blooming poppies and mounded lavender on either side. As it turned out, this was the elegant George Washington Inn & Estate, a luxury BnB with the Olympic Mountains as a backdrop to the south-west, and the Strait of Juan de Fuca as the vista to the north. 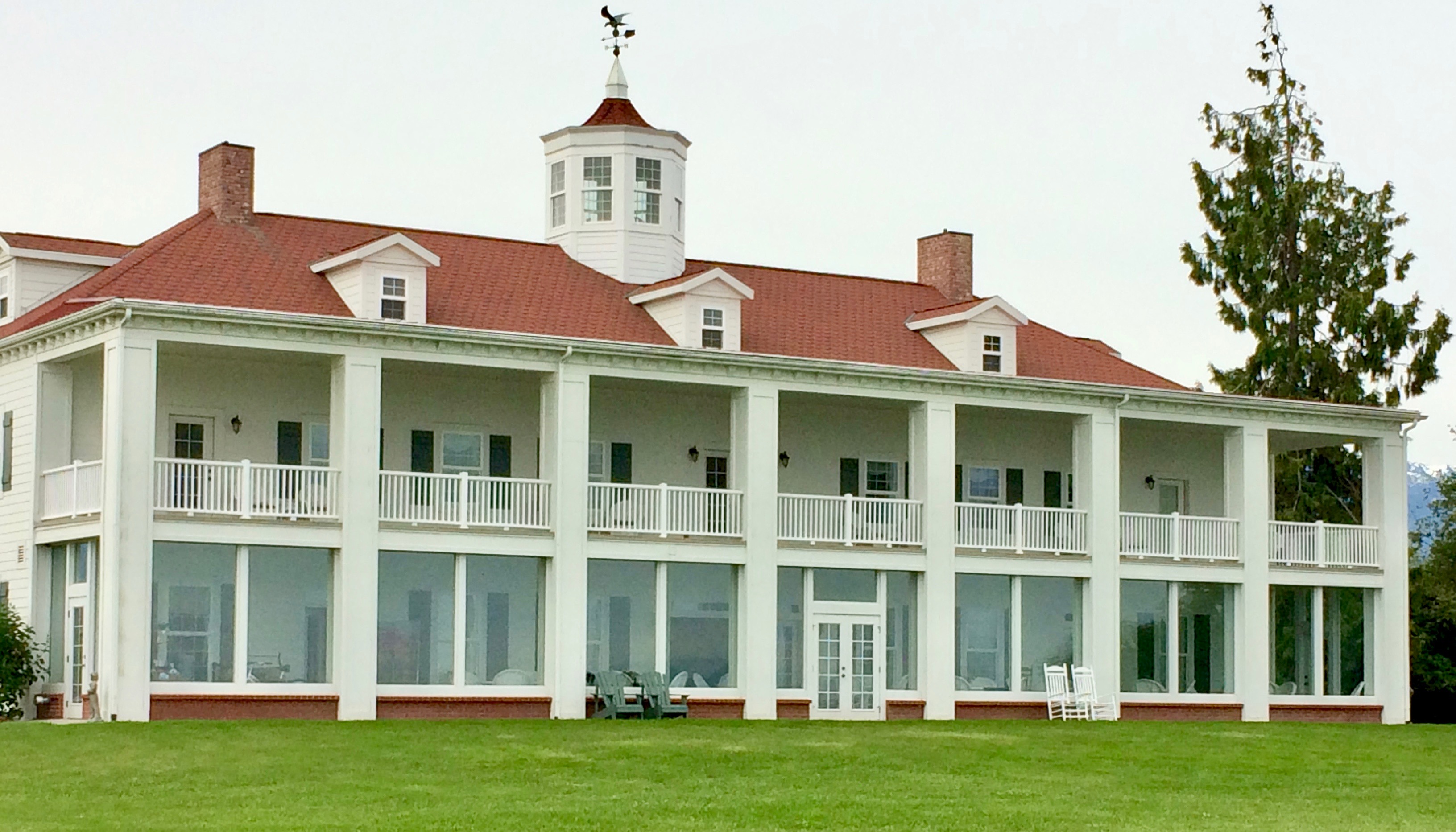 In fact, we arrived a little too early for the gift shop to be open, but when the shop keeper saw us drive in she kindly opened up. We needed some gifts, and found their assortment irresistible. Soaps, lotions, perfumes, tea-towels. But have you ever tried lavender hot chocolate? 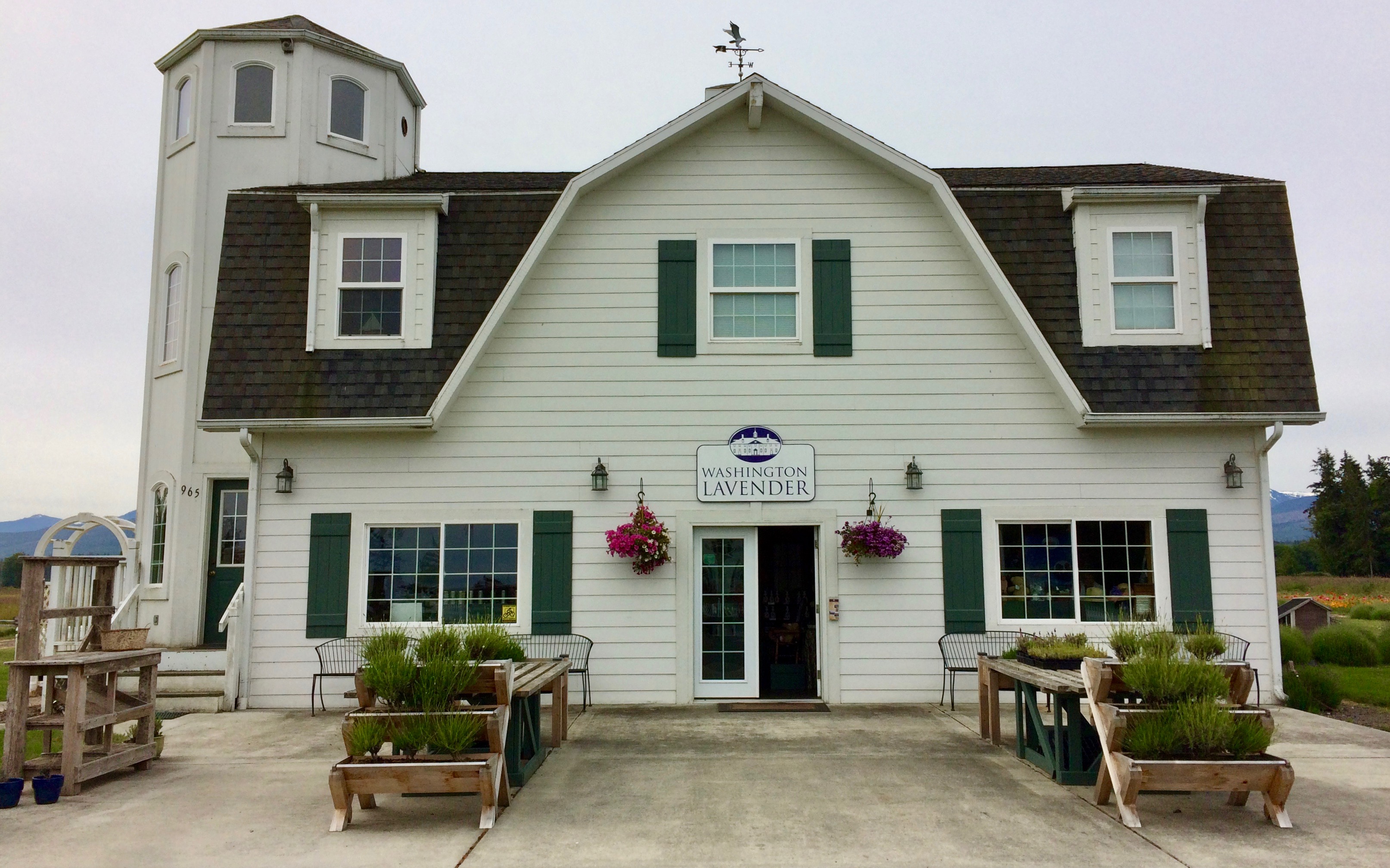 I asked her what made this area so favorable to the growing of lavender? She claimed it was the rain shadow of the Olympic Mountains, which protects the area with a constant temperature and humidity. Apparently, lavender bushes don’t like extremes. Neither do I; perhaps that’s why I love lavender.

We reluctantly left the beautiful lavender farms, vowing to return one day soon and stay forever. But we had a ferry to catch and so we continued our drive to Port Angeles. 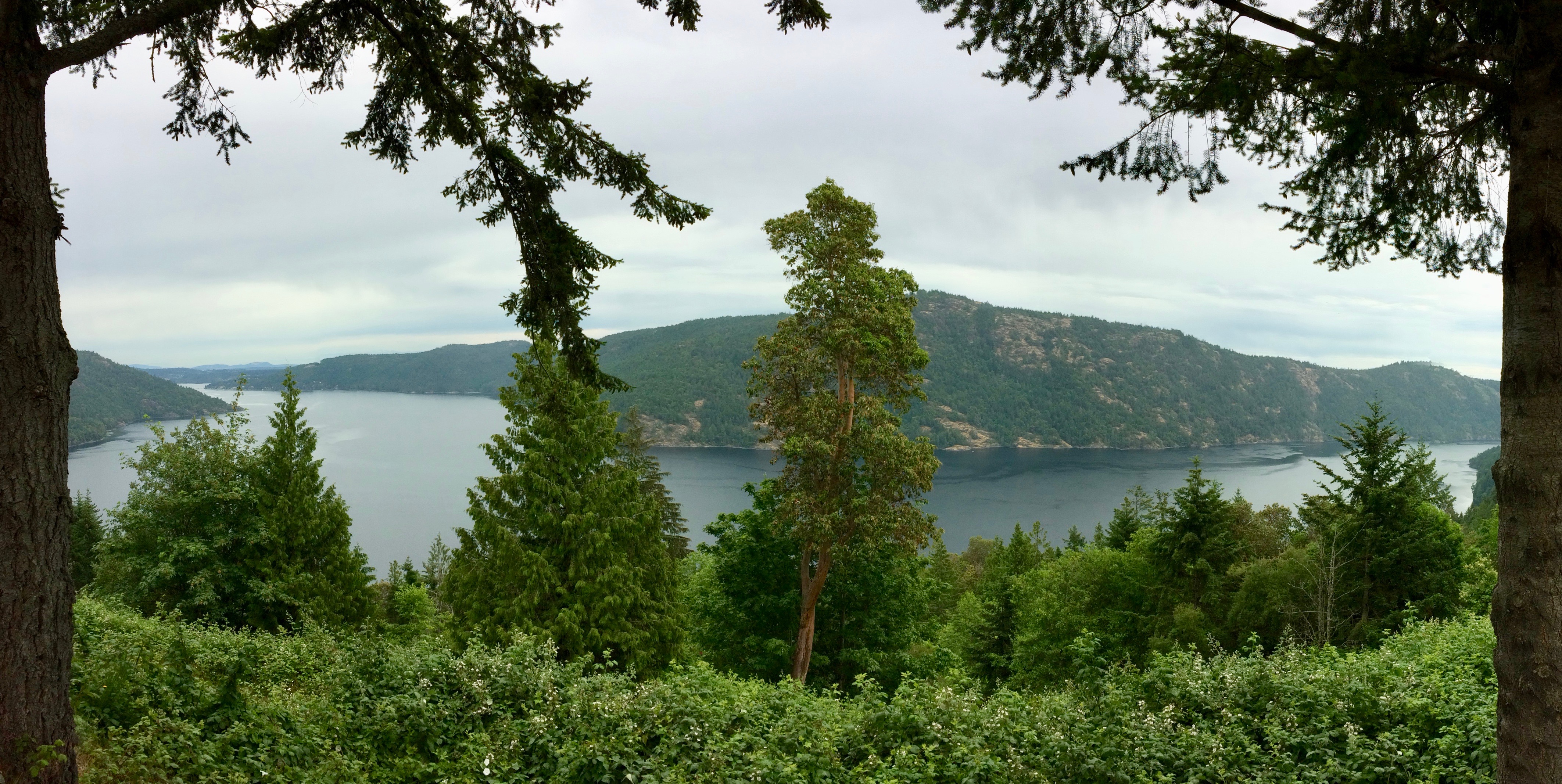 We nosed our car into the ferry queue with enough time to catch an early lunch on the wharf at Smugglers Landing. As we waited, the TV above our heads was playing at a compelling volume a fisherman’s show I’d never heard of, Fishing with Roland Martin. Somehow it enhanced the ambience of the place until our order arrived. Excellent chowder, 2 huge pieces of deep-fried codfish, sweet potato chips, and cole slaw that was fresh and undressed. Delicious. Plus, the price was the best deal of the day!

2 thoughts on “Thrill of Serendipitous Discovery”