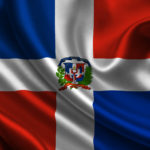 What is a “third world country”? It really bothers me when I hear a foreigner refer to the Dominican Republic as “a third world country.” When I was an Exchange Professor to Qingdao University in P.R. China, a decade ago, I experienced the same discomfort when western teachers got together and bandied the term about. To date I have not yet snapped, “Define your term, please.” But I think it!

I wince from my ears to my toes when I hear the term “third world country” used in front of locals to describe something substandard about the country as perceived by a foreigner. It’s a catchall phrase for colonialist sensibilities. It seems to be a pejorative term for whatever the visitor finds irritating about another culture, including food, government, housing, education, level of technology, recognizable shopping, traffic congestion, sounds of a foreign language, etc.

Given that the meaning of a word can and does change over time, we have to accept that “third world country” is now used exclusively in a derogatory sense. Therefore, let’s define it. I propose that a 3rd world country is one where:

1. The government function is unstable due to corruption, nepotism, and bribery; where public outcry and demonstrations vocalize widespread and endemic fears for the future.
2. Primarily the wealthy have access to the best schools and where both wealth and student approval controls the teachers and application of grades and tenure.
3. A religious group or ethnic minority is demonized and made responsible for the ills of a society.
4. The availability of high quality dental and medical treatment is based on economic status.
5. Access to clean water and uncontaminated food is limited to a privileged class or the happenstance of locality.
6. Physical, emotional, and economic domination is directed toward one gender and legal recourse is spotty.

Here’s the question. “Of the countries you have lived in, which could be described by three or more items on the list?”

The other side of the coin

I realize I have only a tourist’s view, a necessarily limited one. And I’m an optimist on top of it. A Dominican whom I respect sat me down and told me all the reasons why he plans to emigrate as soon as he can save airfare for his family to leave the DR. He says he doesn’t want to raise his children where the government is corrupt, the police are corrupt, and the justice system is corrupt. A middle-income educated worker can never retire; he will have to work in order to eat every day for the rest of his life. Nothing is free. Schools cost and are rarely up to standard. Even water to drink costs. And then there are the social problems of class disparity: a small pocket of the wealthy and a large under-class with little hope of advancement. Abuse cases are statistically high and often fatal. His list went on . . . .

So all is not tropical bliss in the DR.