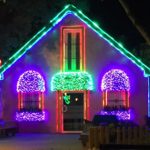 Friends attending a Sunday night performance of the Nativity in Parque Iberoamérica amphitheater recommended it to us so highly that we simply had to make time. Each morning since Thanksgiving as we’ve take our early morning walk, we’ve seen this green space–the park–gradually transform with the visual festivities of Christmas. Masses of tiny colored lights entwine the tree trunks. Entire buildings are outlined with twinkling color. Special facades have been constructed to be lit. 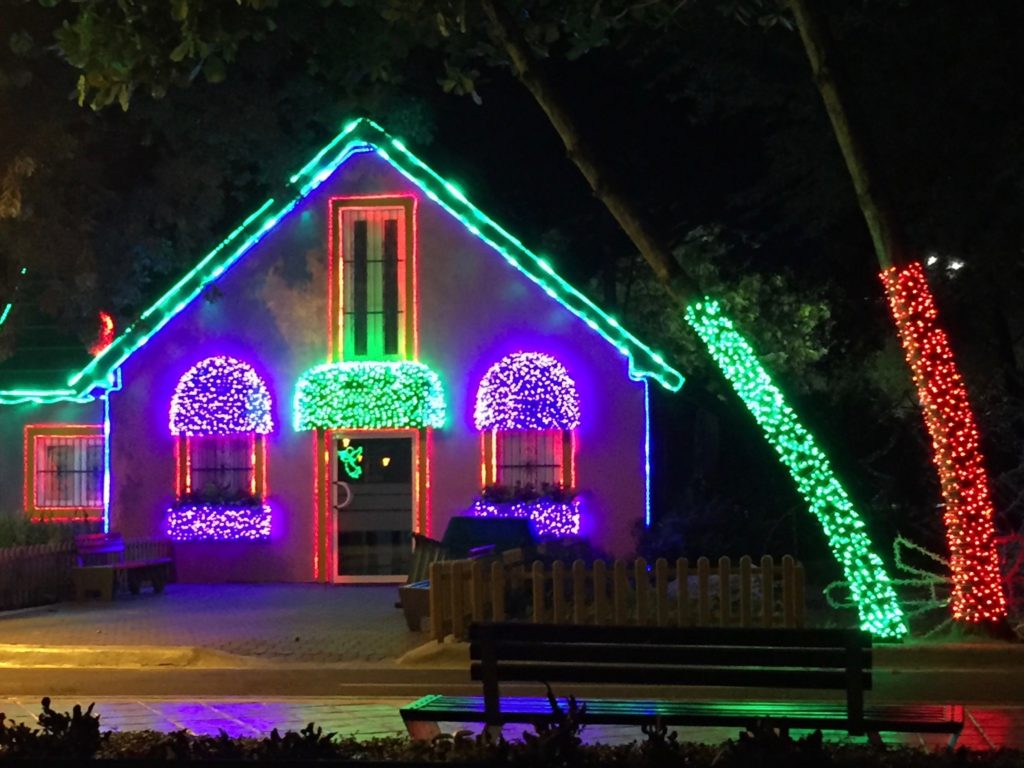 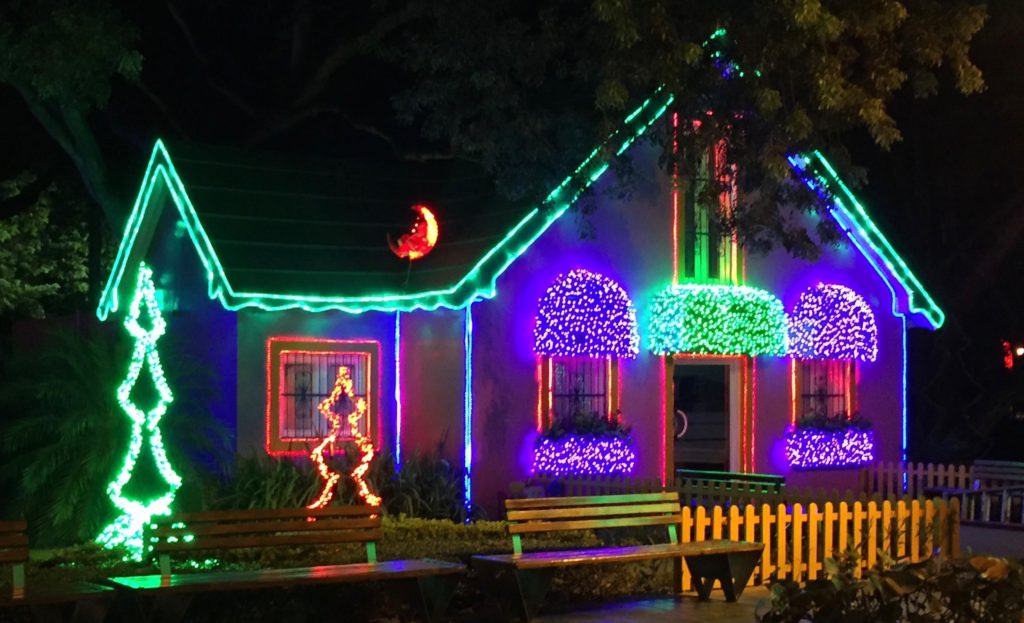 Lights in the park

This one time of the year, the story of Christ’s birth in Bethlehem unites all Christianity.  Every denomination is familiar with the New Testament account of the birth of Jesus in which He is attended by animals and shepherds, announced by choirs of angels, and saluted by wise kings from the east. Nevertheless, what interests me a great deal is how we think of those events through our own very specific cultural lenses. Our first clue was when three alpacas arrived in the park one night along with a diminutive Santa.

The shepherds came with alpacas, didn’t you know?

The tradition I’m most familiar with treats the shepherds as devoutly religious people, worthy of witnessing the Christ child at his birth and of hearing angelic choirs (who have no need of wings). The wise men are understood to have arrived nearly two years later when Jesus was no longer an infant, their earnest questions unwittingly precipitating Herod’s massacre of the innocents.

In the Dominican Nativity performance we saw, things were substantially different. Both Mary and Joseph express a lot of personal conflict over her pregnancy, their concerns eventually assuaged by the Archangel costumed in glistening finery and huge wings. Female dancers in long white gowns and large flapping wings representing angels lined the steps of the amphitheater. But the two biggest differences in characterization that stood out for me in this presentation involved the shepherds and the wise men.

Do you recall how Shakespeare often used rustics from the uneducated, laboring class to create humor in his comedies? Think, for example, of Bottom the Weaver, and all his cronies in A Midsummer Night’s Dream. The adult shepherds were similarly portrayed, with the eldest shepherd being a querulous old man. Others were timorous and/or silly. The youngest shepherd showed the greatest sensitivity to the divine and finally succeeded in leading them all to the Christ Child.

The three wise men have taken on indelible personas in the U.S. largely through the popularity of the Menotti opera, Amahl and the Night Visitors. Essentially, they are three semi-lost, rich grandfathers on a trek, one of whom is a bumbling comic figure due to his deafness. Perhaps that characterization has become so popular with American audiences because the nation basically has trouble with king figures. We like to make all our heroes into the common man, someone to whom we can easily relate.

Not so the Dominican portrayal of the wise men. The entry of the three kings was truly regal as to the musical score and their stage demeanor. Their costumes were lavish and glittering, their attendants obsequious. After their visit, Mary and Joseph discarded their humble earth-toned clothing for expensive-looking royal robes. What was the message? Simply that the Holy Family now had money to take care of their needs and to spare? Or was it a symbolic representation of their exalted eternal role? But how could this be conferred by earthly kings?

Final scene in The Nativity


I have to apologize for the photos — hope you can sense the beauty of the costuming from our seats up high and at the back.

Mary was beautifully sung by a young woman with a fine soprano voice. The music for the Nativity production involved a mélange of styles, including rock music for the court of Herod and classical lyricism for Mary, Joseph, the kings, and the angels.

I wish all my readers could zip over here to see these operettas. Since you probably can’t make it in time this year, I’ll simply end with Feliz Navidad! Next year in the DR!