These are my suggestions for exploring Victoria in a day. I’m assuming you’ve already visited Butchart Gardens, which is a must-see, and I understand you’d probably prefer a week. But if it’s only one day you’ve got, begin it early with a drive of the perimeter of James Bay. It’s fun to stop at a deli or grocery store along the way to pick up breakfast items for a picnic in one of the parks you’ll pass. Then continue your drive on Dallas Road, which parallels the Waterfront Trail for pedestrians. 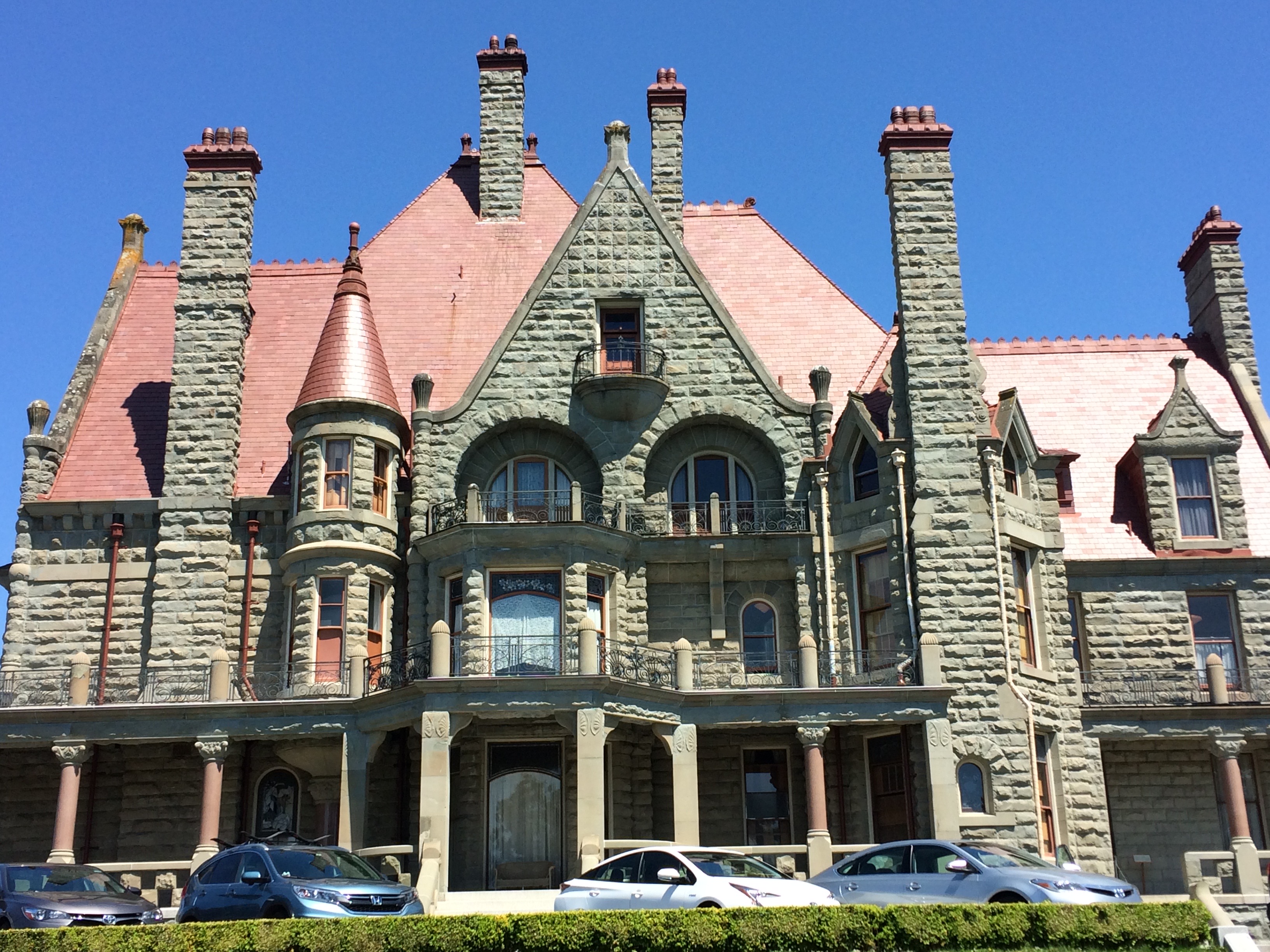 Be sure to stop at Craigdarroch Castle, an imposing Victorian edifice. As you enter, you will be furnished with a map and detailed location notes for a self-guided tour at your own speed. You’ll begin on the main floor and end on the fourth floor in the servant’s quarters. As the castle website succinctly notes, “Built by coal baron Robert Dunsmuir during the reign of Queen Victoria and now a National Historic Site, Craigdarroch Castle has been meticulously restored, giving visitors a glimpse of privileged life in the 1890s.” 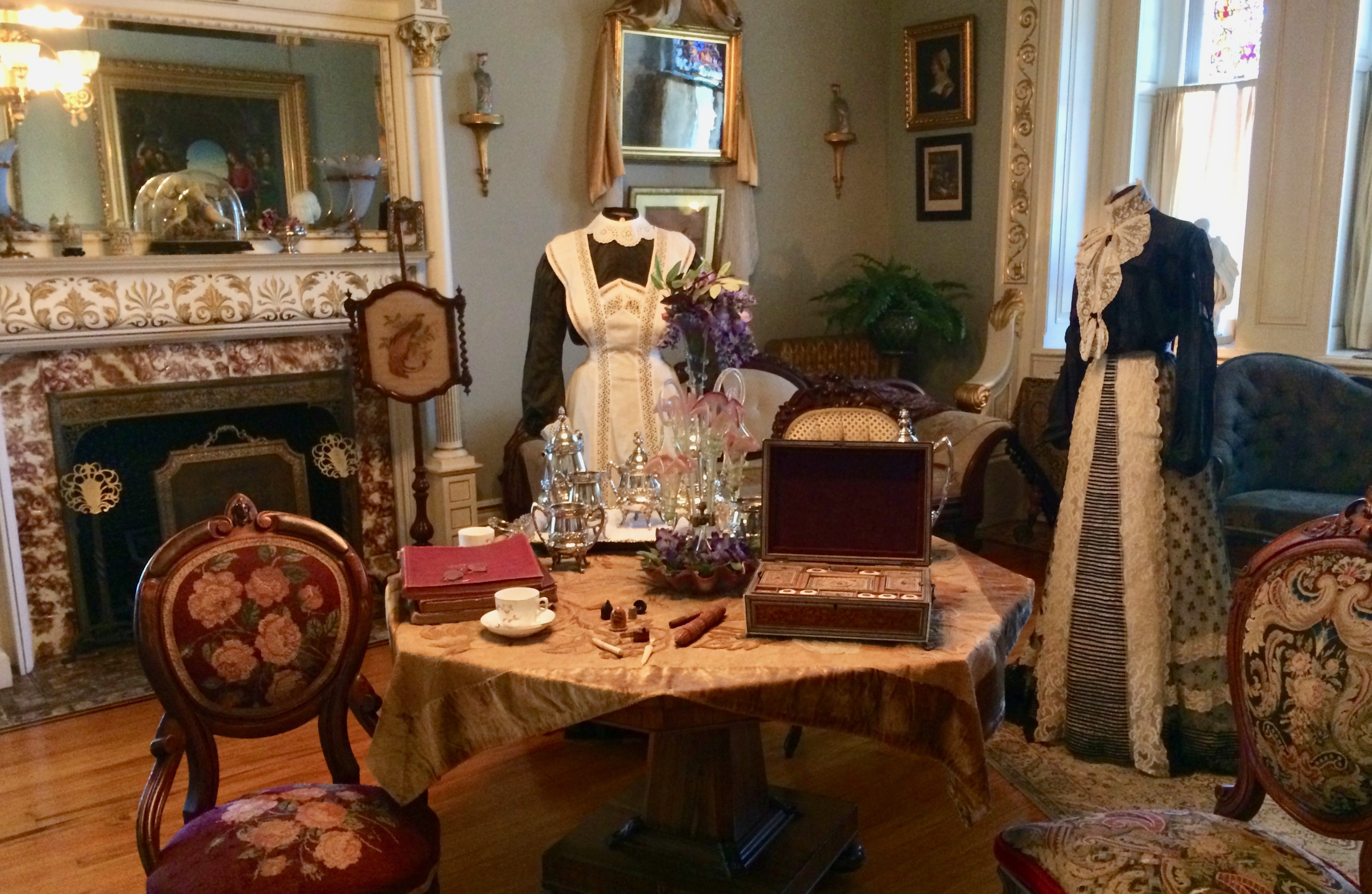 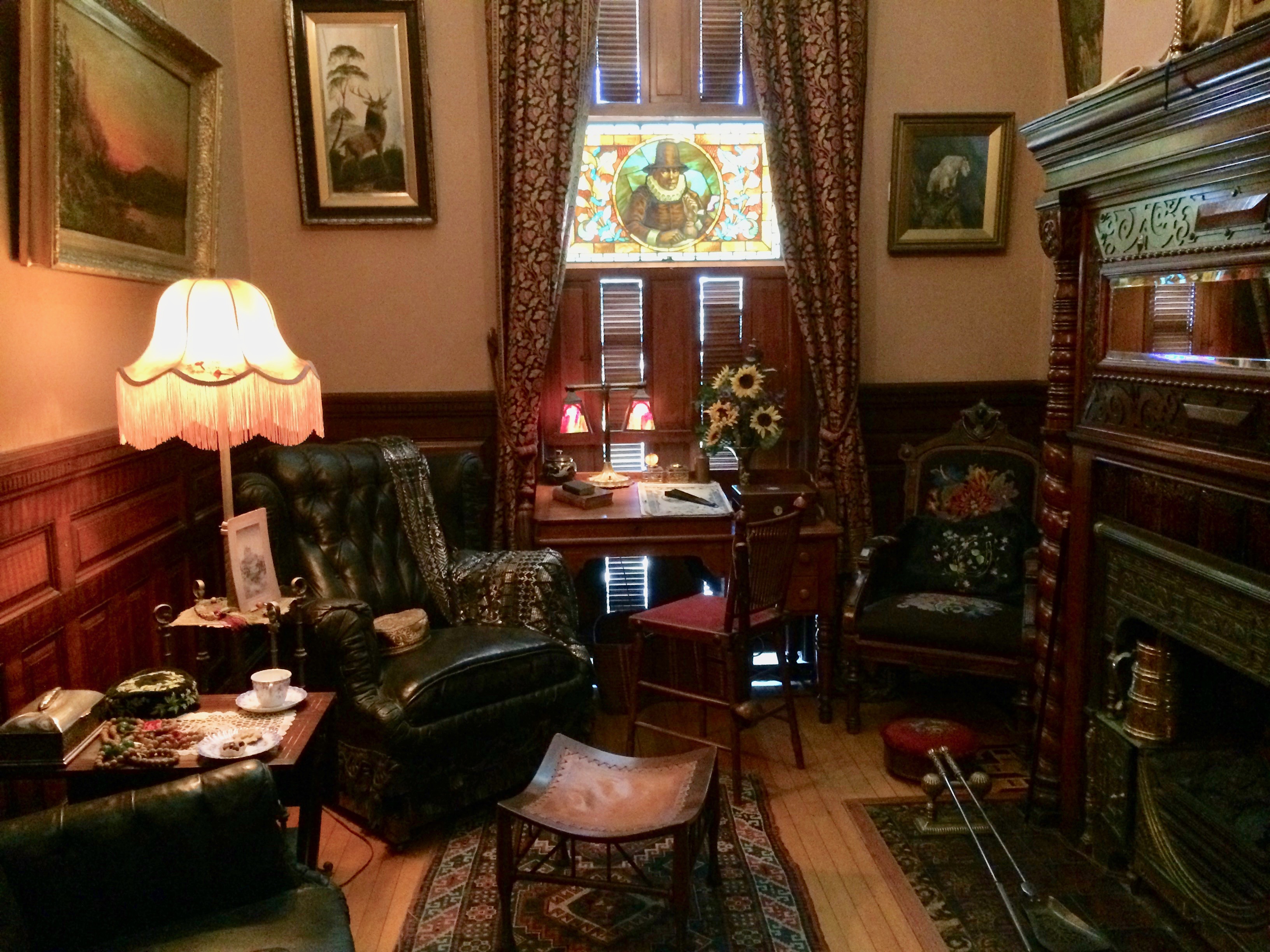 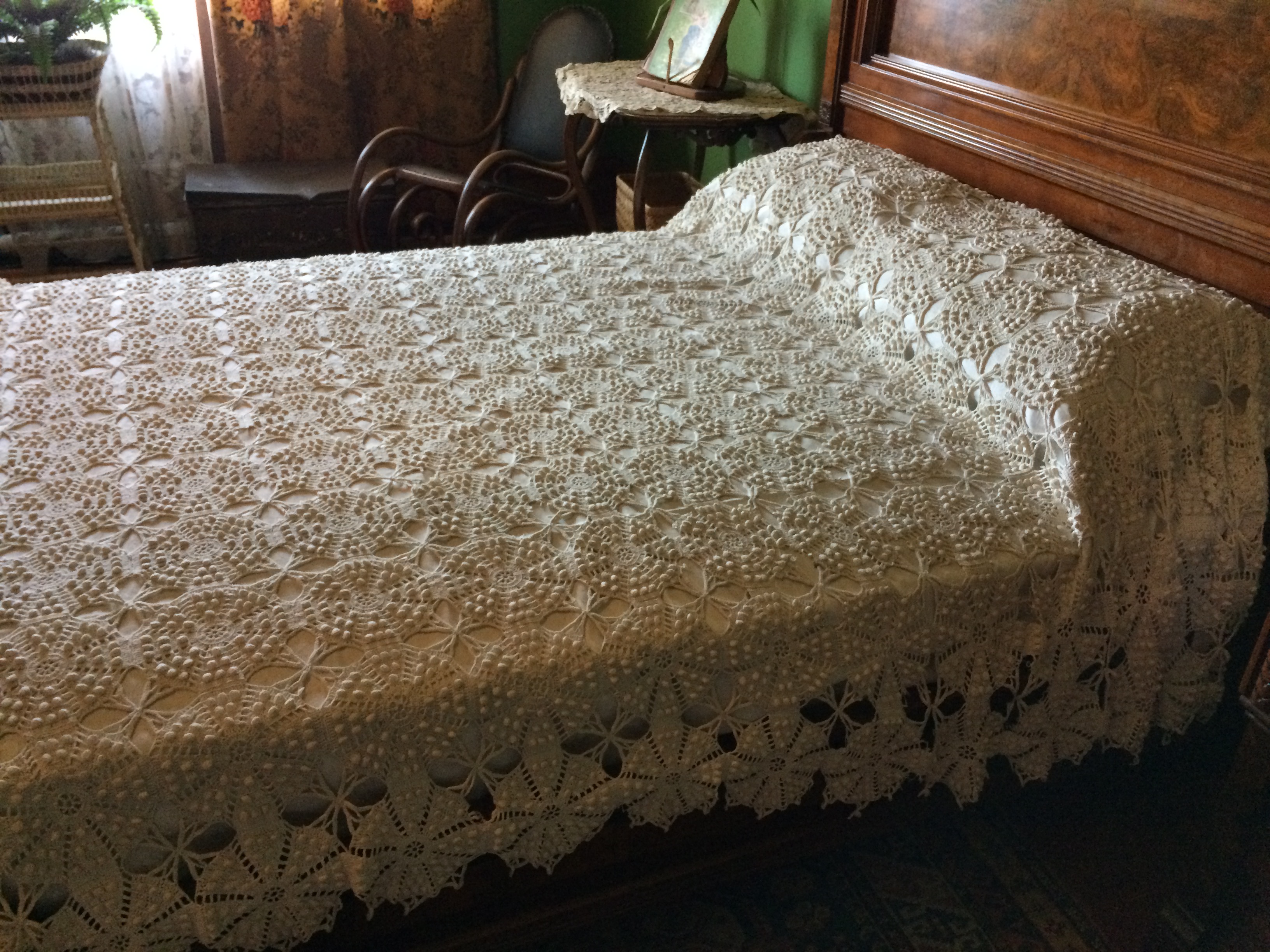 We stopped in one room to watch a film of the history of the building. The text was very good, but the camera work was atrocious—I didn’t know modern filming could leach out all the color and line distinctions like that. But we learned that the castle has survived a chequered past. The Dunsmuir family seems to have been largely dysfunctional and the home was sold along with all the original furnishings at the first owner’s death. The originally extensive grounds were sold off in parcels, and the building was used variously as hospital, music conservatory, and office building. Finally, the city fathers recognized both its historical significance and tourism potential, and the restoration work began in earnest. The museum curators used old photos to furnish each room as nearly as possible to the original. 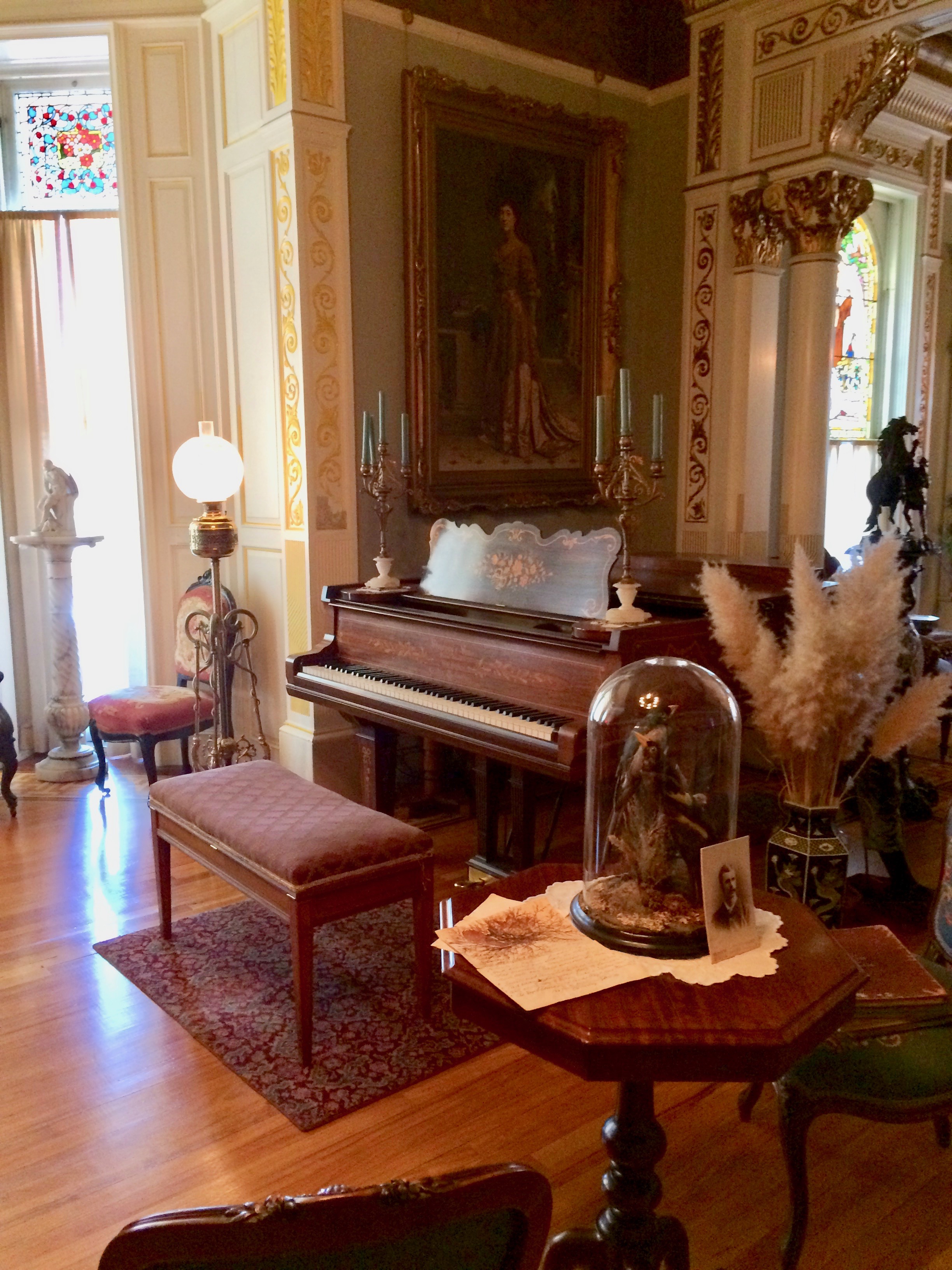 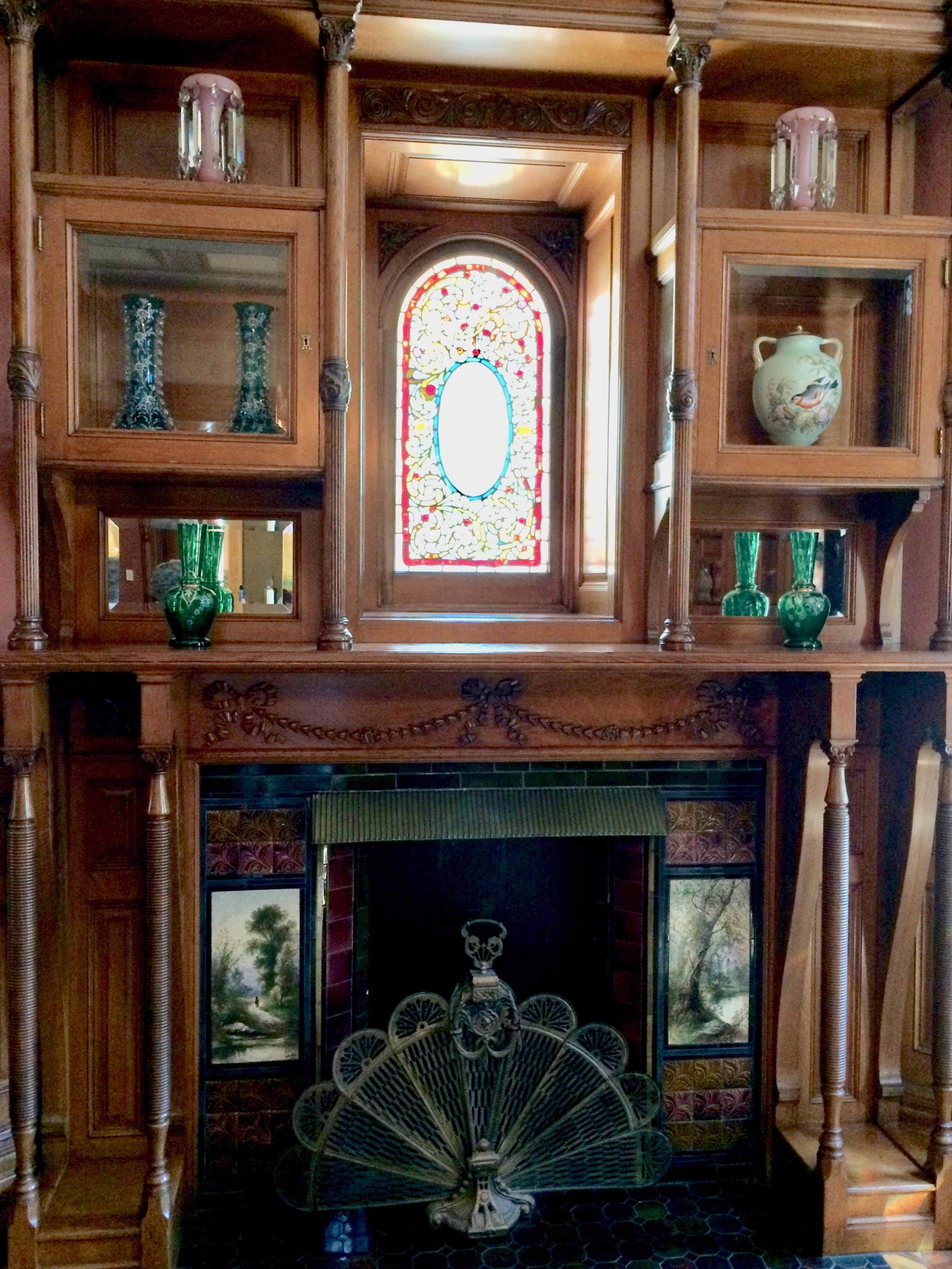 The burnished wood surfaces throughout were absolutely beautiful and I had to resist the urge to stroke the wood as I went by. The stained glass windows don’t photograph very well during the day, unfortunately, but they added richness to an already striking interior. 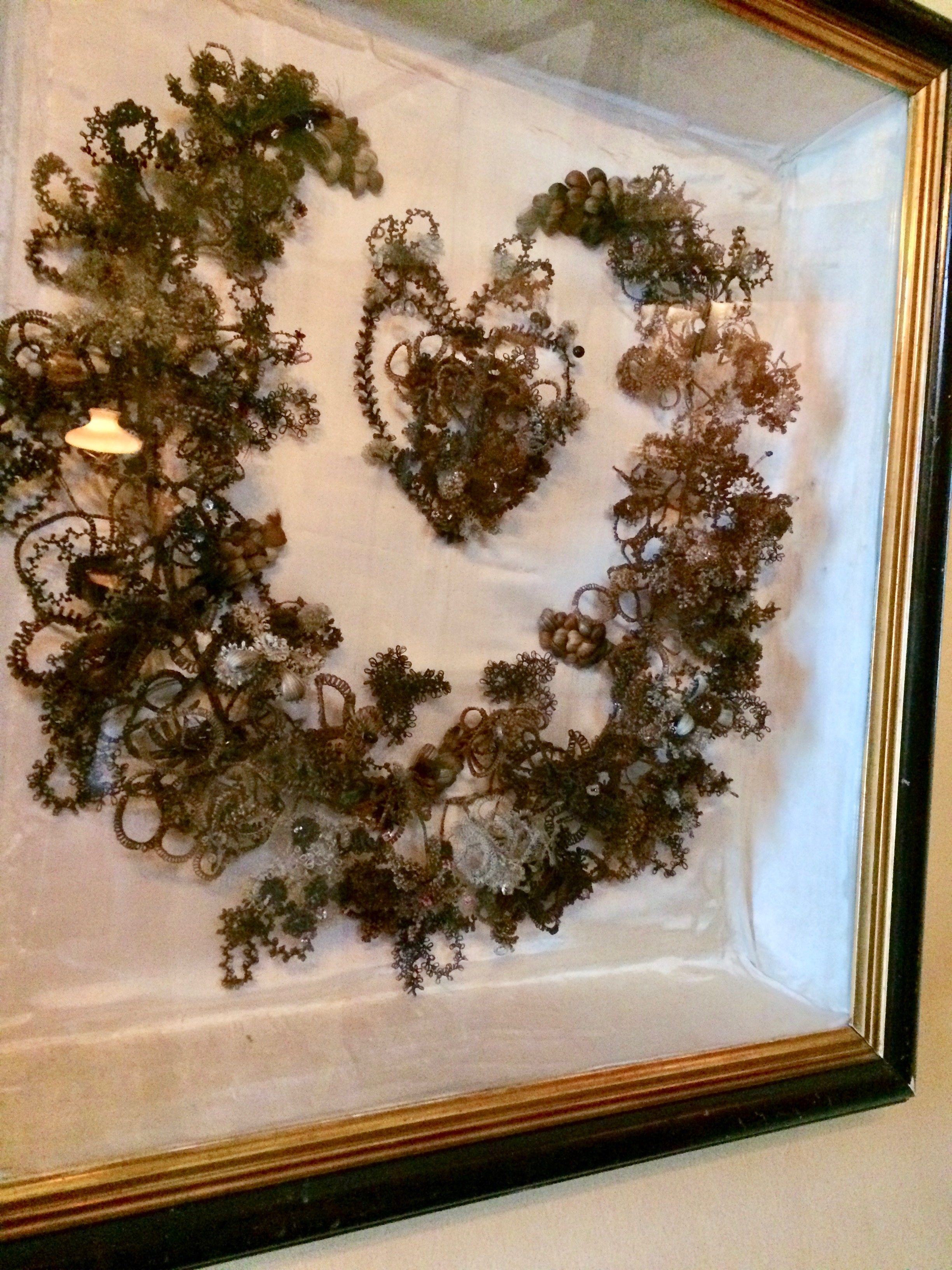 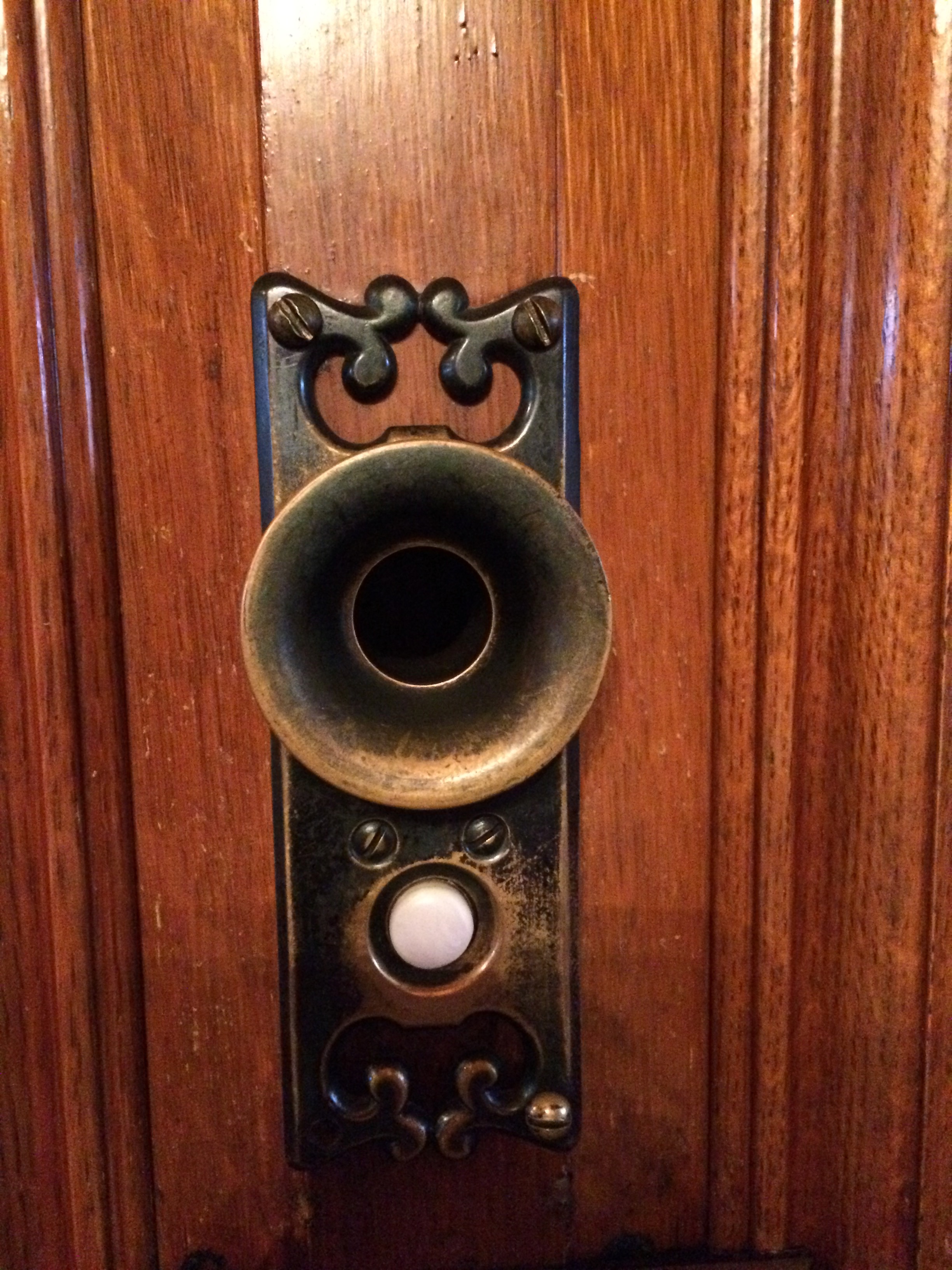 Early version of an intercom

The Victorians loved framed pictures of flowers made from human hair. (Strikes me as just a little creepy somehow.) The object that looks sort of like a megaphone on the wall is actually part of an early intercom system the family used. The tour ended, of course, at the well-appointed gift shop where visitors can purchase just about everything-under-the-sun Celtic. 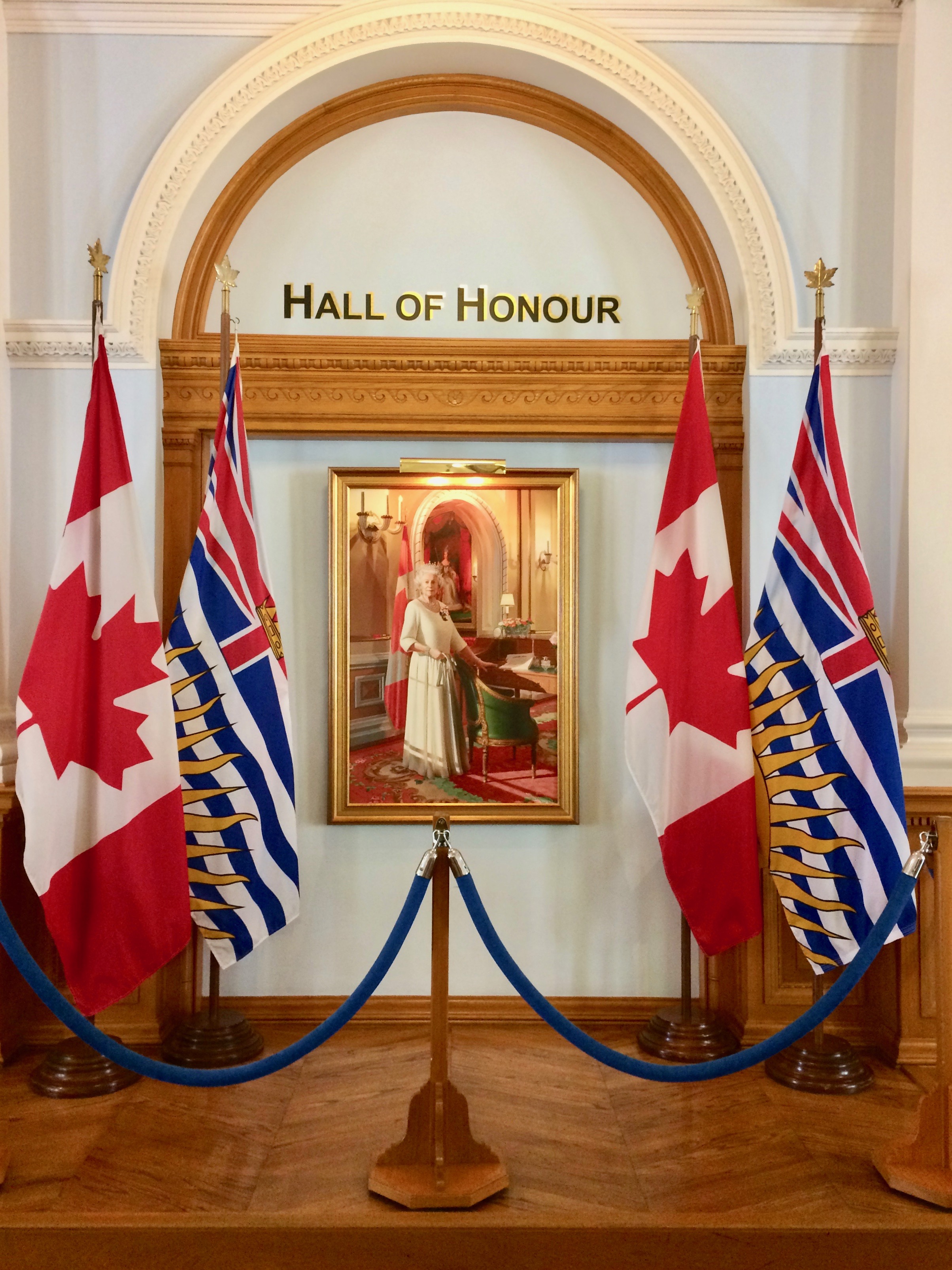 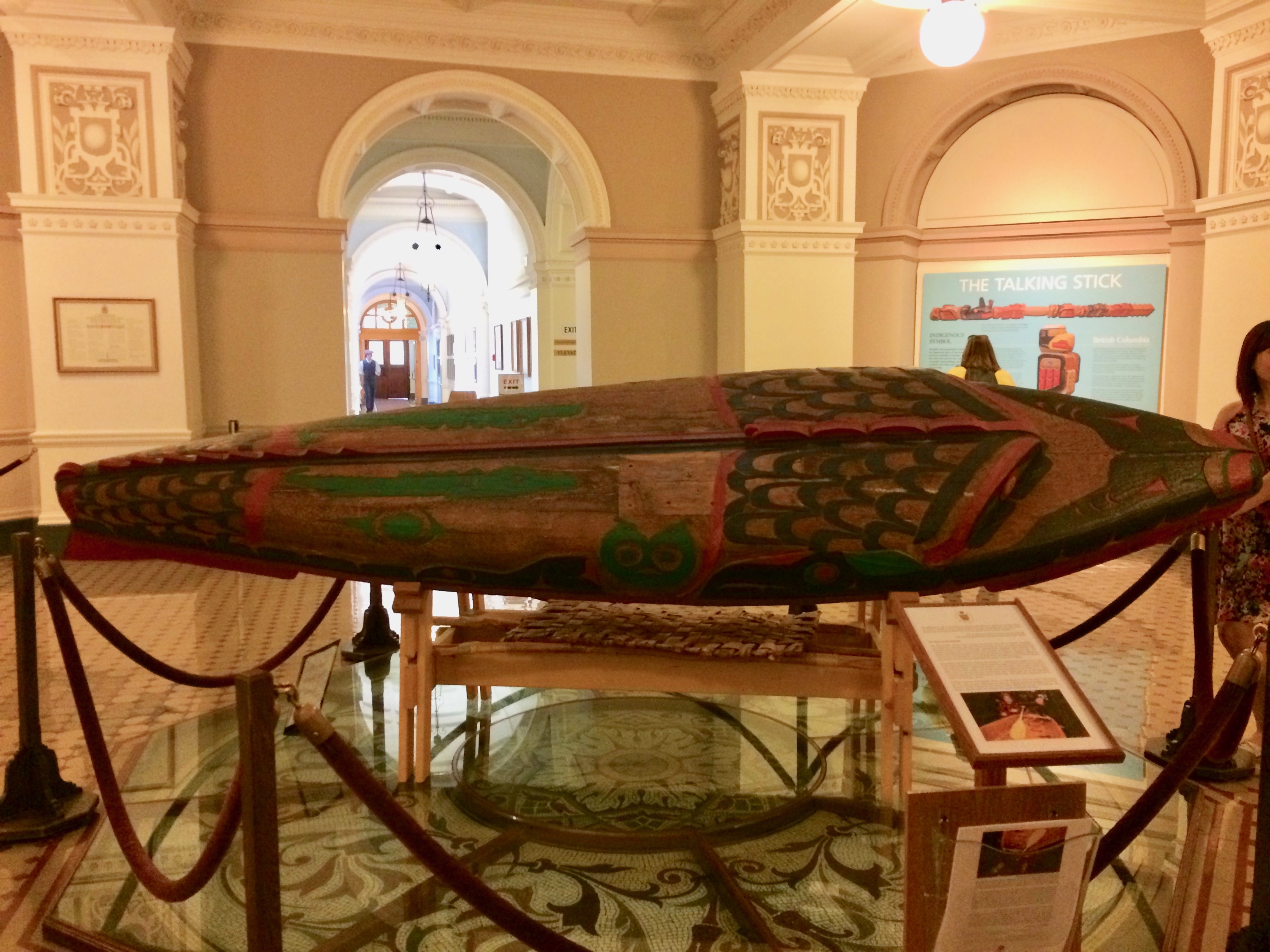 We returned to the James Bay area and strolled the wharf and historical buildings. The BC Legislature exterior was quite grand, so we visited a few rooms and then sat on the front steps for a short historical enactment by “Queen Victoria” and a male historical figure. The actors were skilled enough to create engaging characters. 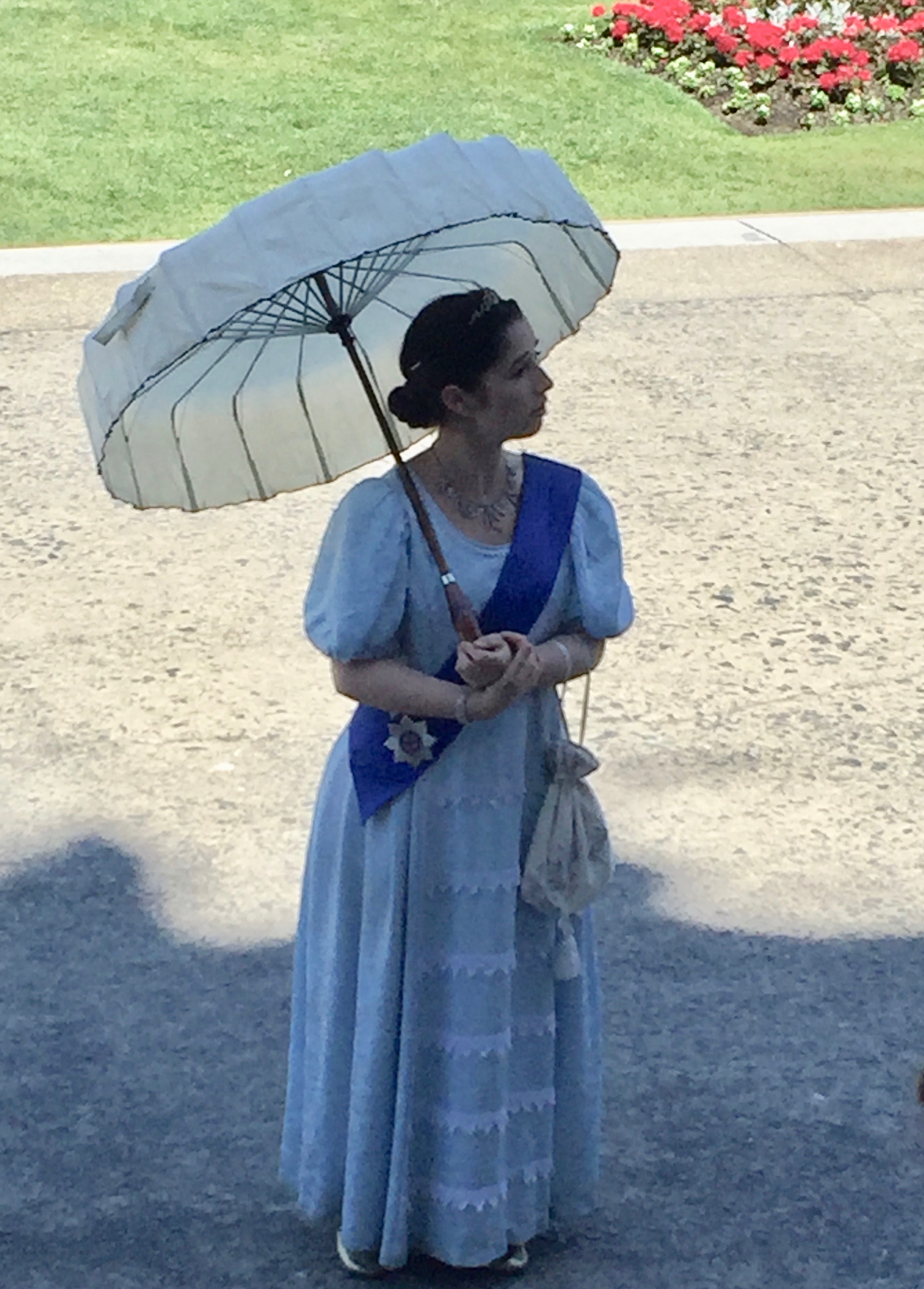 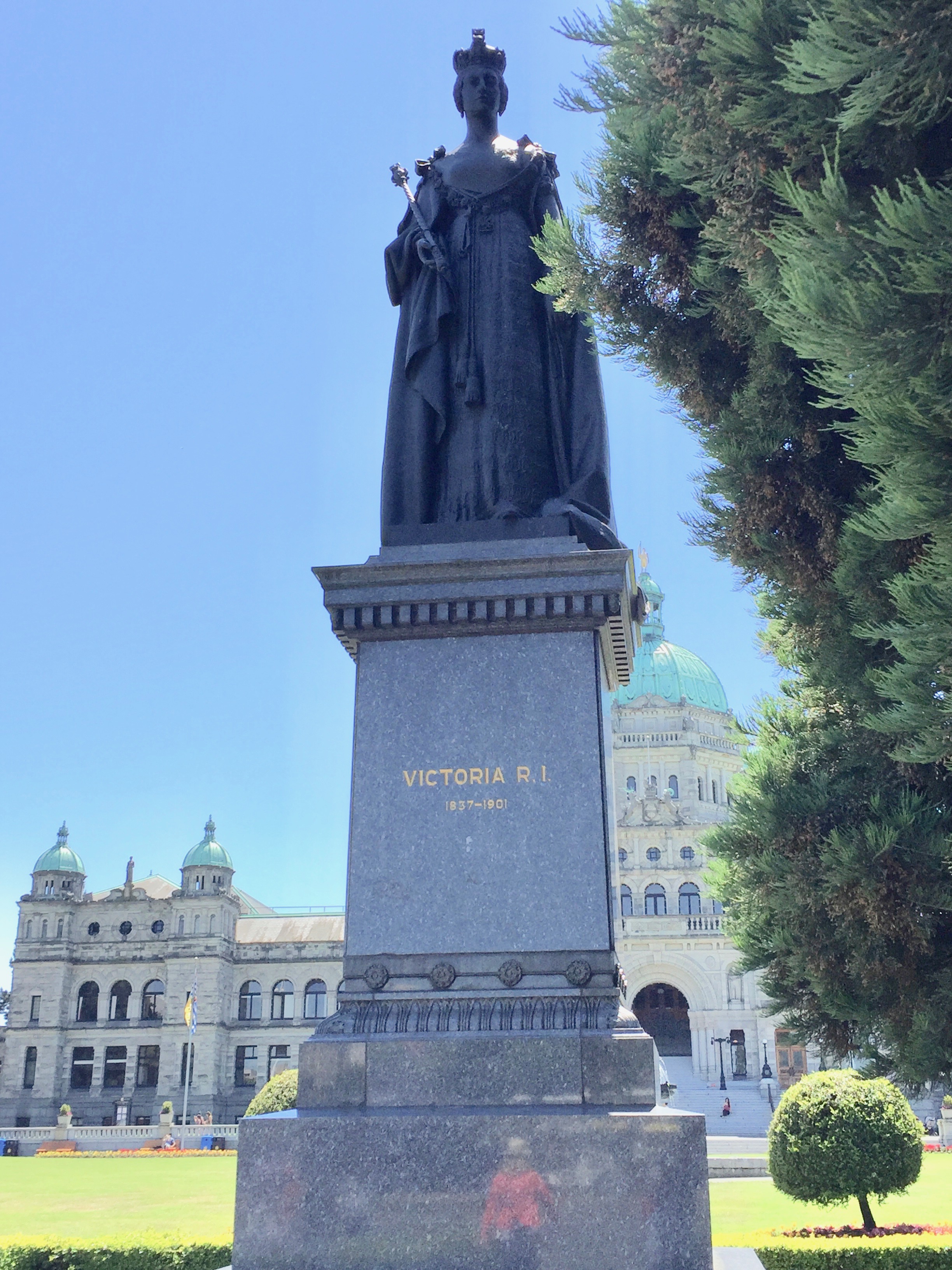 Queen Victoria pedestal with BC Legislature buildings behind

We particularly wanted to visit the special Egyptian exhibit at the Royal British Columbia Museum because we’re trying to prepare for an upcoming visit to the middle east. There is so much to learn about Egypt alone that it’s simply staggering. Based on my reading to date, however, some of the signage for the exhibits is disputed by other experts. As I passed through the halls, I often had to remind myself that these were historical theories being presented, not historical facts, and probably represented very conservative views.

Afternoon tea at the Empress Hotel 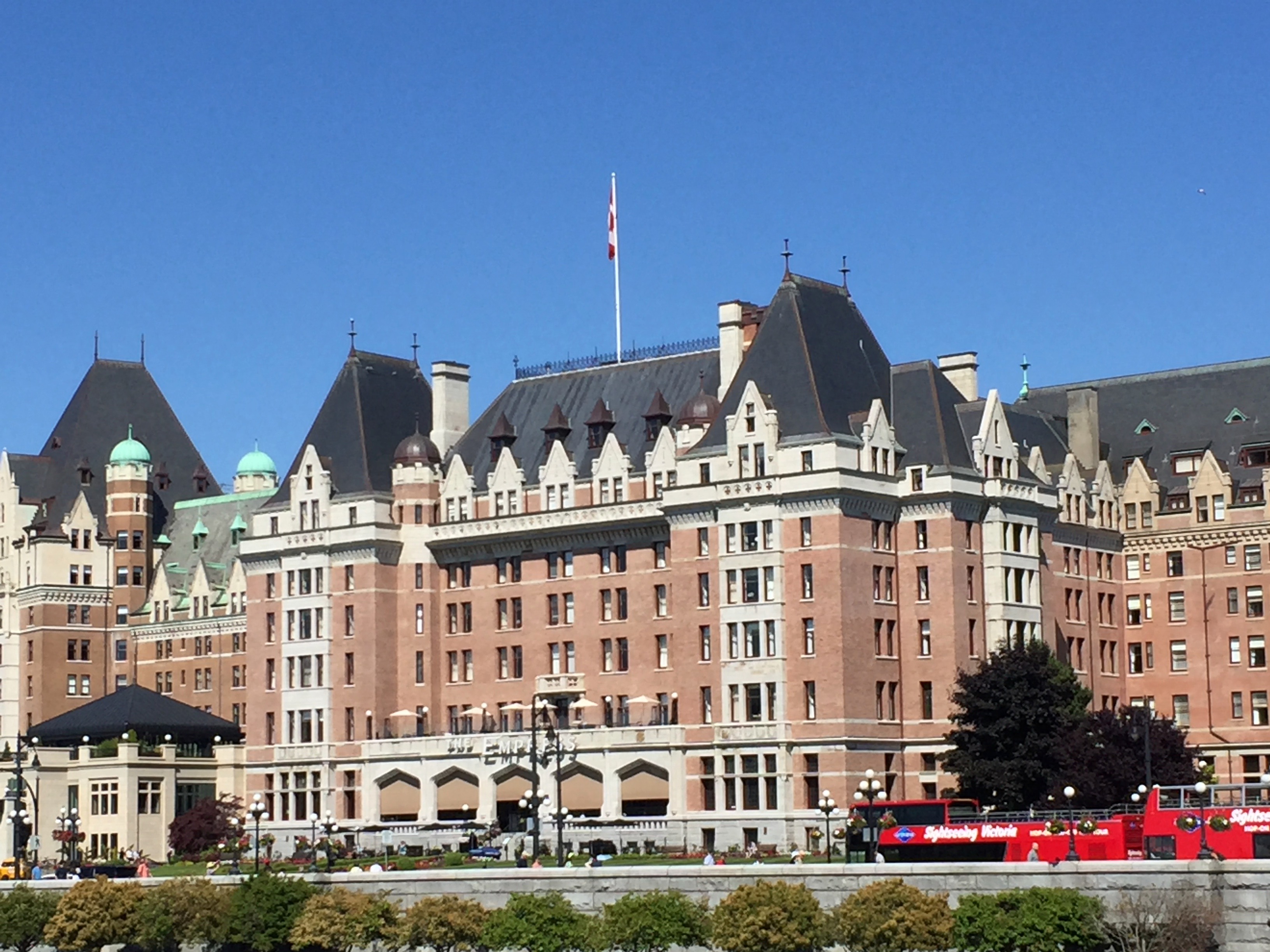 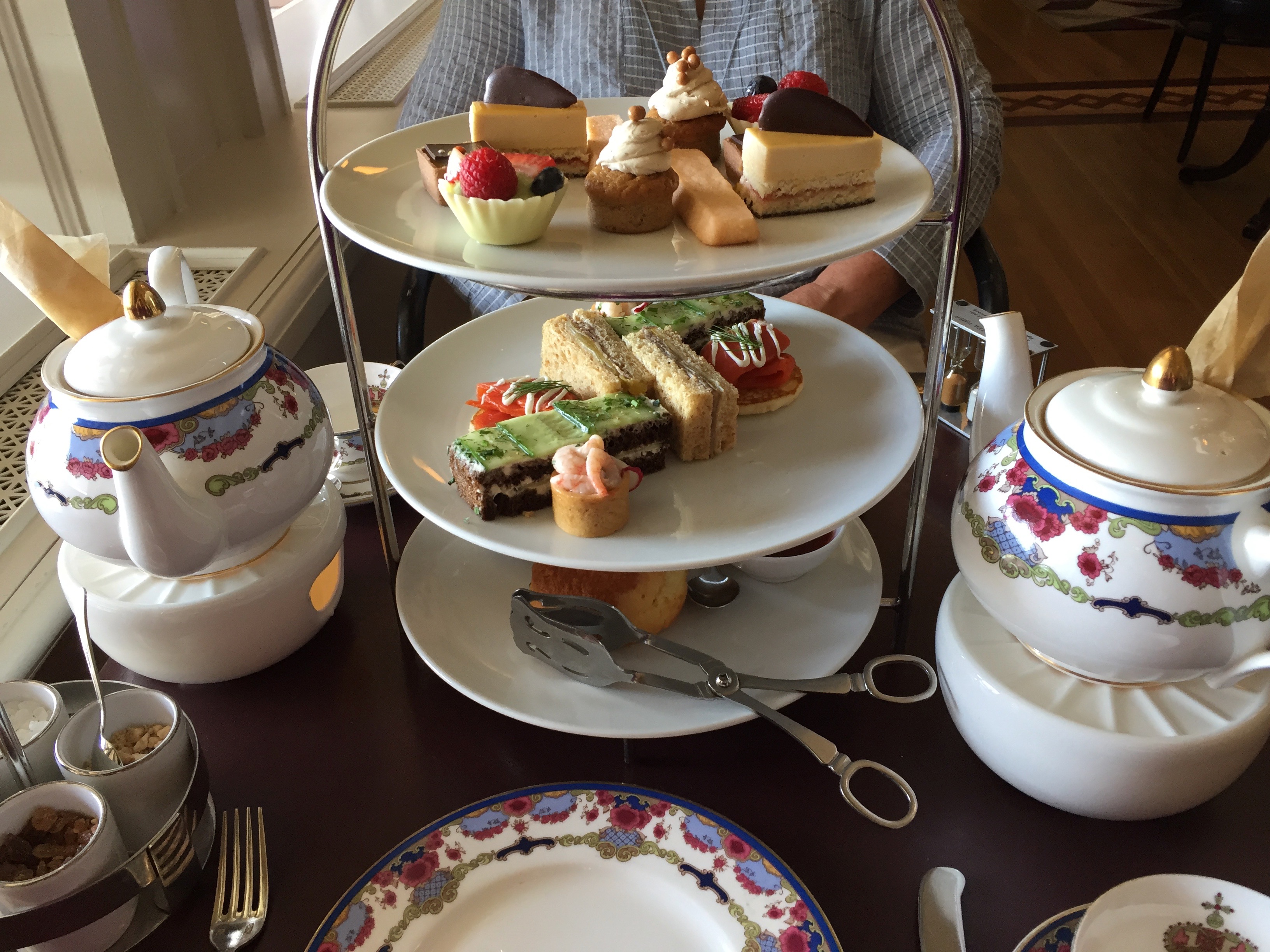 Afternoon tea at the Empress Hotel

We left the museum in time to stroll around the wharf a bit and people-watch. Then on to The Empress Hotel for afternoon tea. The scones and clotted cream were a lovely beginning, with a middle tier of little sandwiches and other savory treats. The top tier held a collection of exquisite sweets–quite spectacular, as always. But in its breadth and depth, the bill eclipsed all the dainties.

So there you have it: one lovely day in Victoria. May there be many more!