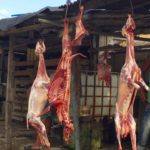 Imagine that, quite unexpectedly, a gorgeous seaside drive morphs into outdoor abattoirs. The first one startles you. Then you pass another abattoir on the right, then one on the left, then another and another. Abattoir is the French word for slaughterhouse (or shambles, or knacker’s yard, depending on your country of origin). But of those choices, abattoir sounds best, don’t you think?

These places on the side of the road combine stock pen, slaughterhouse, and butcher shop all in one convenient stop. That scenario actually occurs when driving the Malecon, a beautiful ocean shore drive on the southern edge of Santo Domingo that merges into the road toward San Cristobal.

The stunning part of living in Santo Domingo for us continues to be these abrupt contrasts. Just think about it. You’re driving west along a lovely highway lined with palm trees, a grassy strip dividing the lanes, the ocean sparkling on your left, the tropical air on your skin. You’ve just visited the housewares and furniture floor of Questa on Calle Lincoln where every section is curated like something out of Williams & Sonoma. Showrooms so elegant you want to memorise the forms. Dinnerware so beautiful you can hardly imagine profaning it with food. 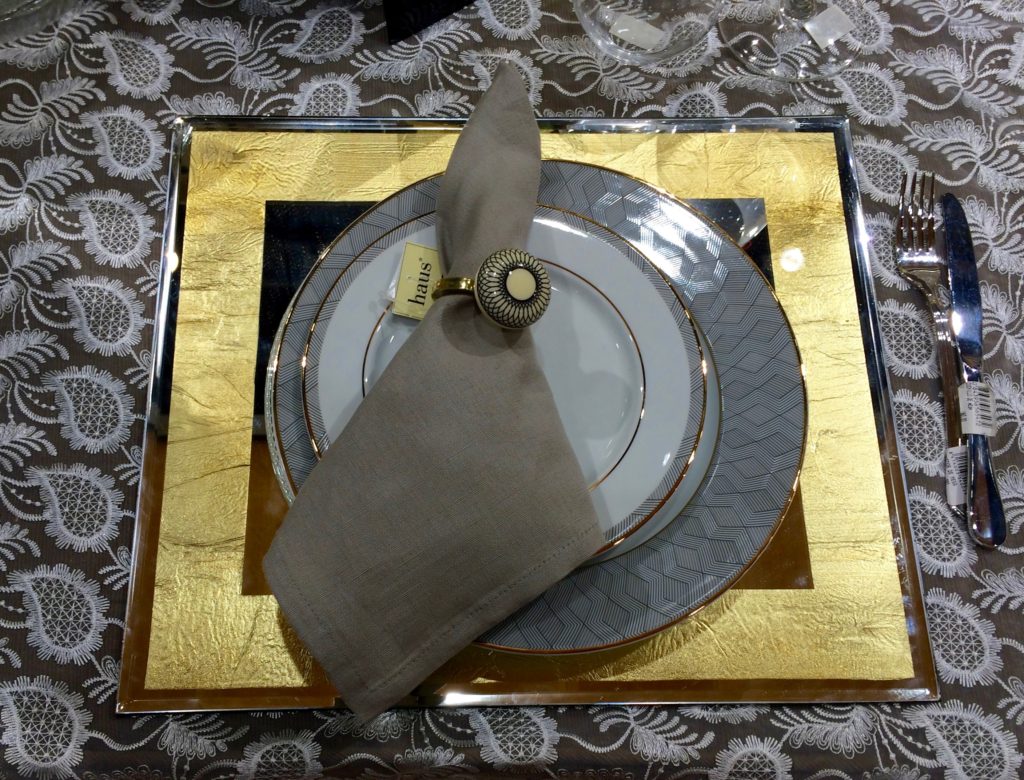 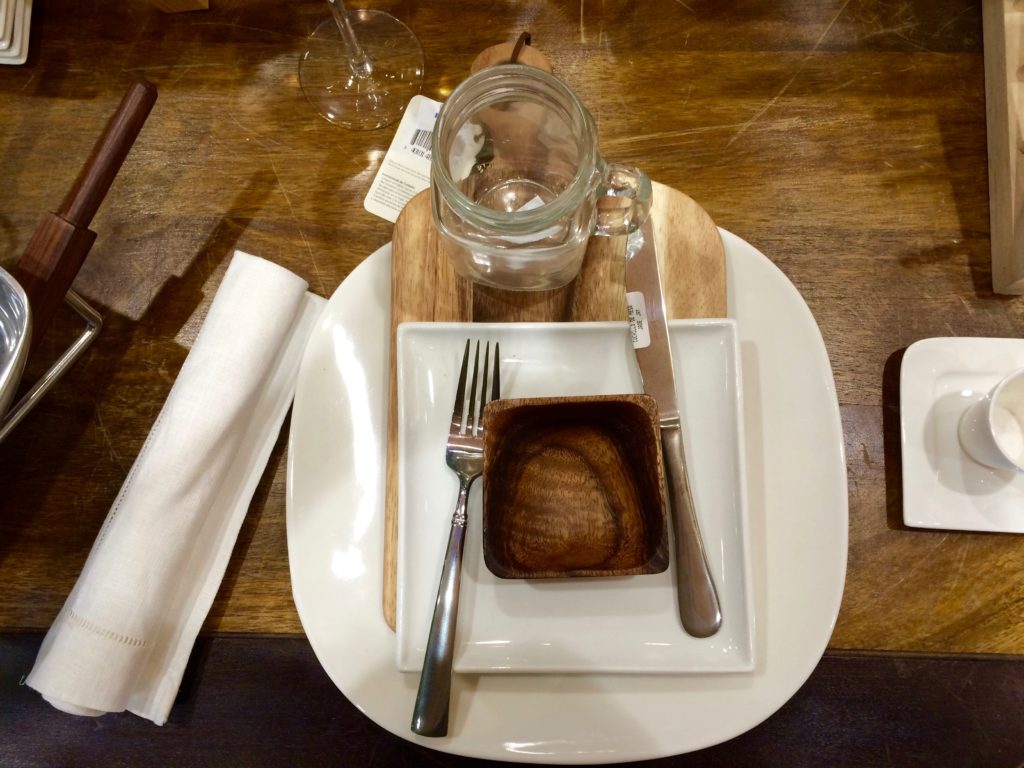 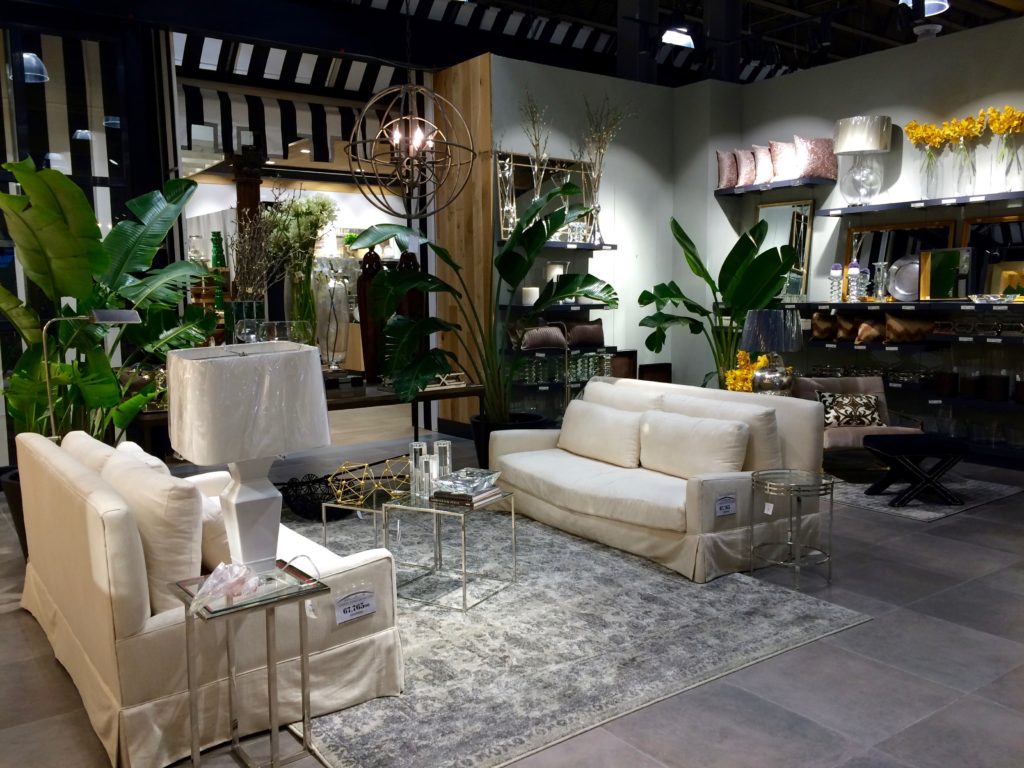 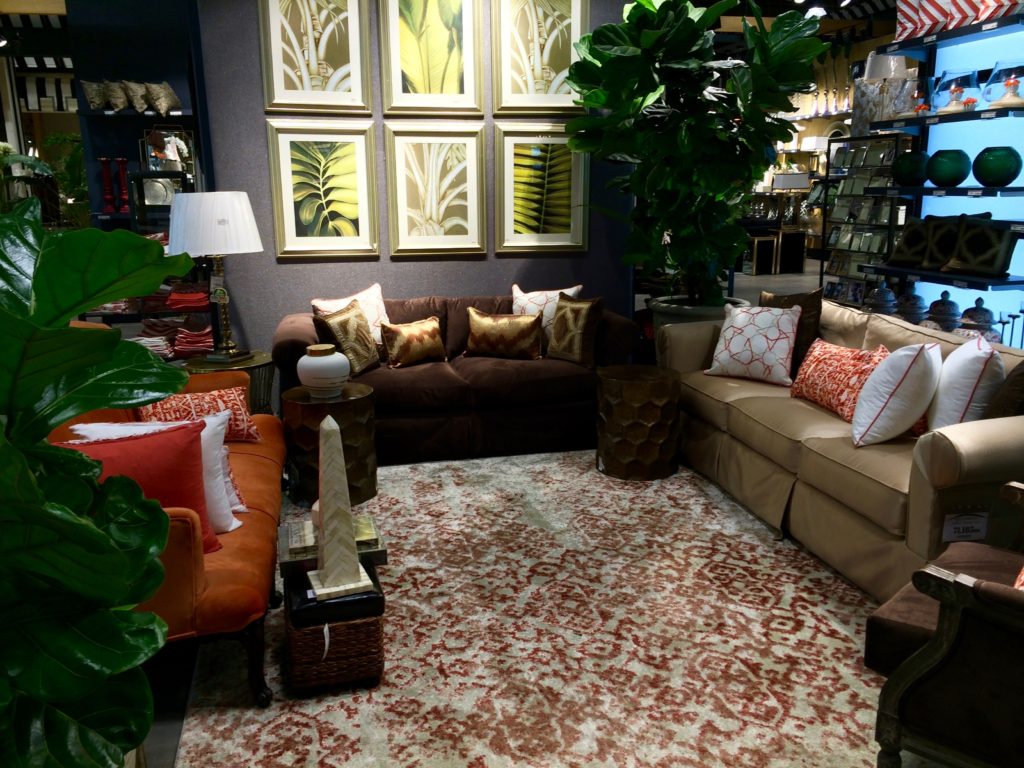 Then, suddenly, you’re driving past one outdoor abattoir after another. Goats waiting on the ends of ropes. Goats skinned and hanging. Several miles of abattoirs. You can choose the live animal you want to eat, then have it slaughtered before your eyes to make sure you’re getting that particular goat and not the neighbor’s dog. After which, you can have it hacked into portable parcels. 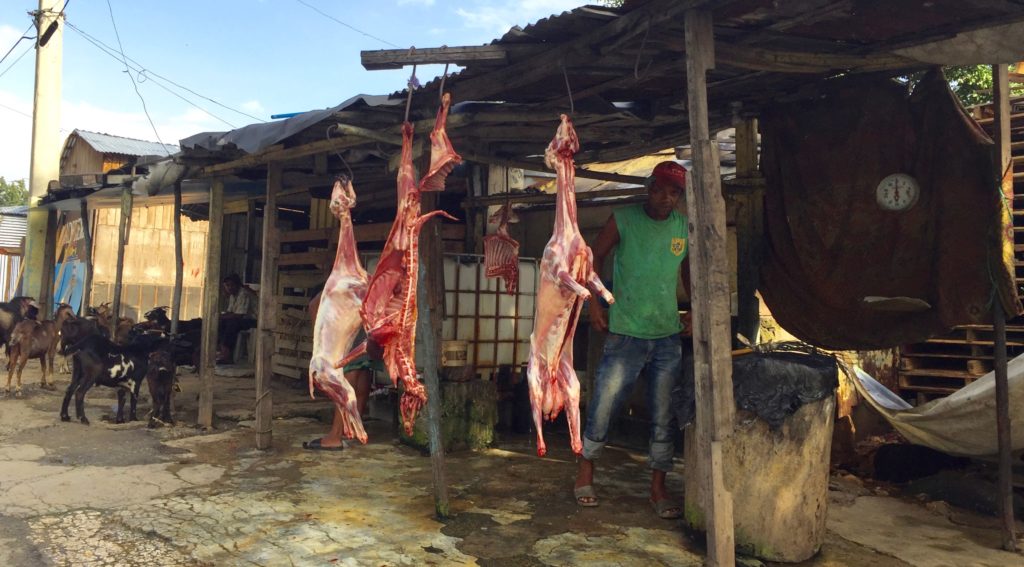 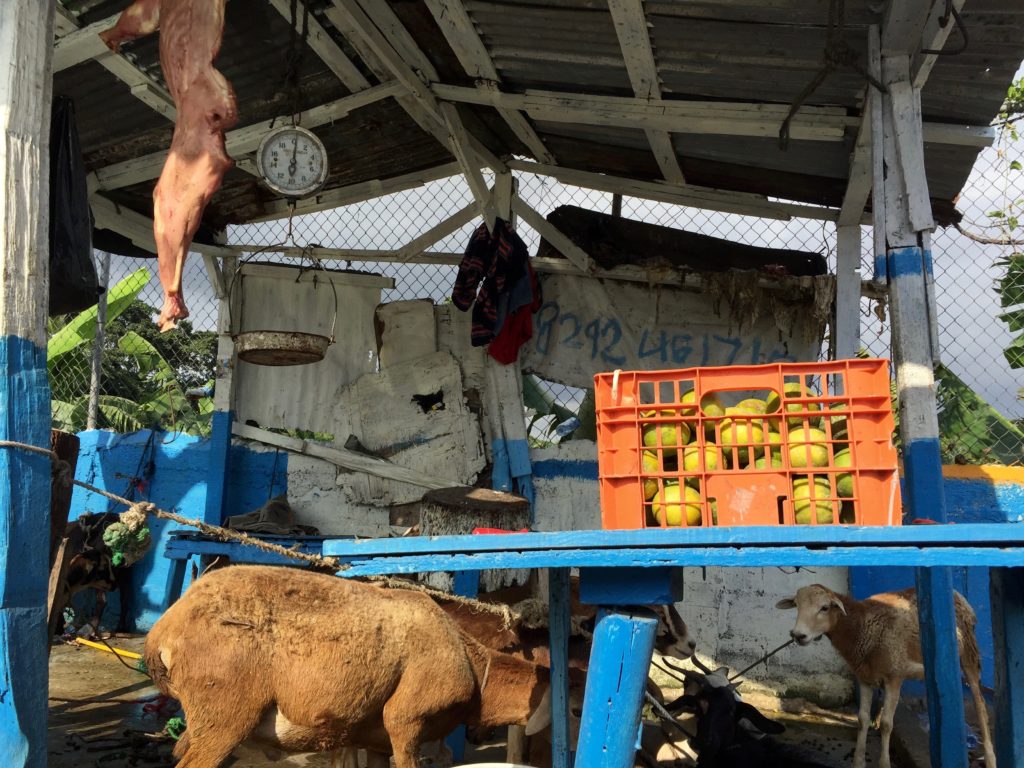 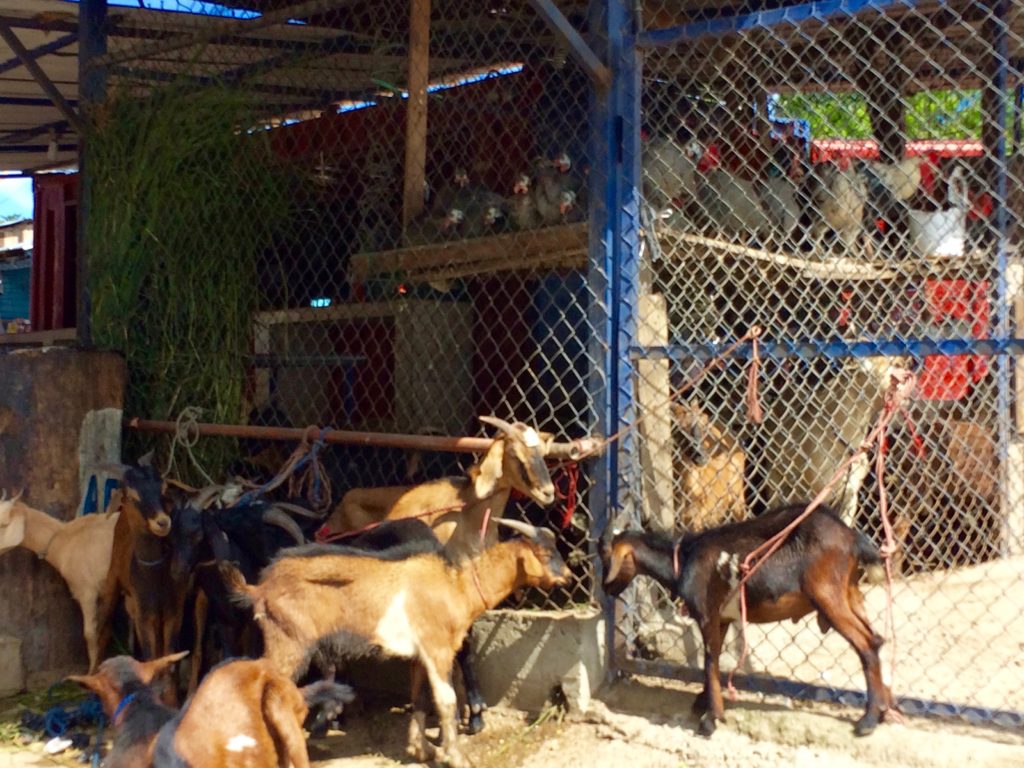 Those of us deeply impressed at a tender age by E.B. White’s book, Charlotte’s Web, have to wonder about goats who appear to be unaffected by their impending doom, the fate of all goats in this imperfect world. But besides the ethos of the thing, the stalls exhibit a lack of sanitation and swarms of flies. And then there are the butchers themselves–for us a sufficient deterrent to becoming patrons of such establishments. Hard to know how much is context, though.

Here is a roadside meat seller in Constanza where we could have bought any particular hunk of the roasted pig that we desired. It smelled so completely delicious that I was highly tempted. But we were staying in a hotel that wouldn’t have appreciated guests having an outdoor picnic on their lawn instead of sitting respectfully at their dining room table. The men were jovial about having their photos taken and adopted the fierce poses to amuse us. 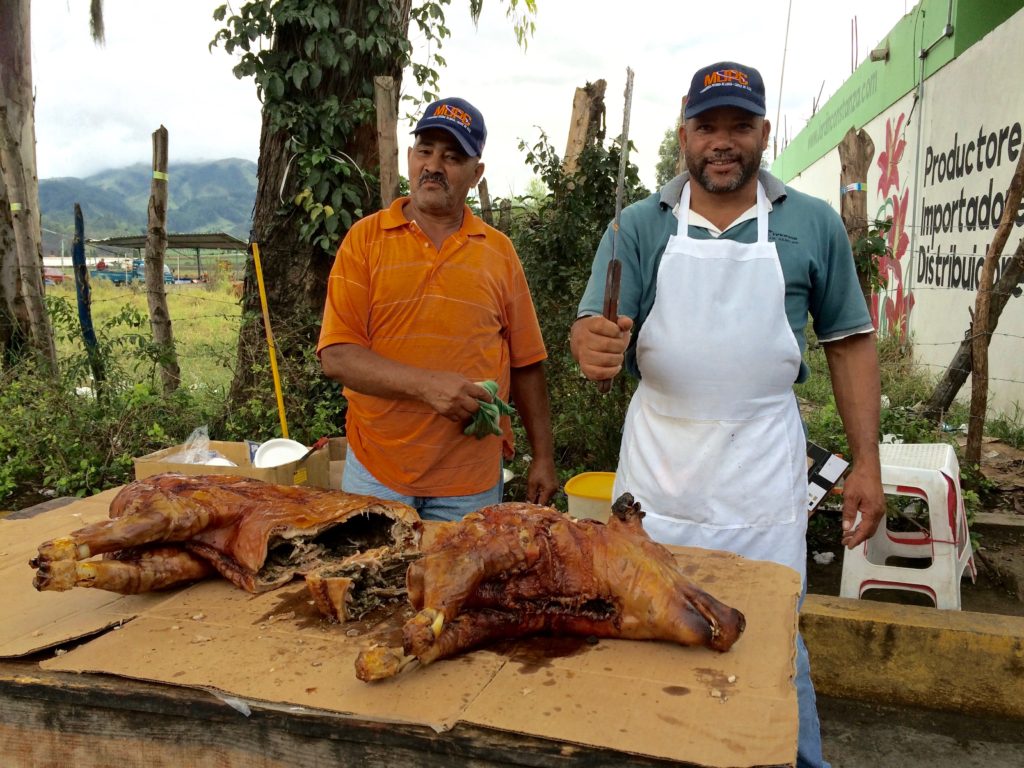 We’ve also seen butchers at the ready to carve out whatever cut the patron prefers from whole roasted animals in several of the upscale city grocery stores like Bravo and Nacionale. The various services we carnivores require to support our taste also occur in less graphic environments in the DR, just like they do in other countries. 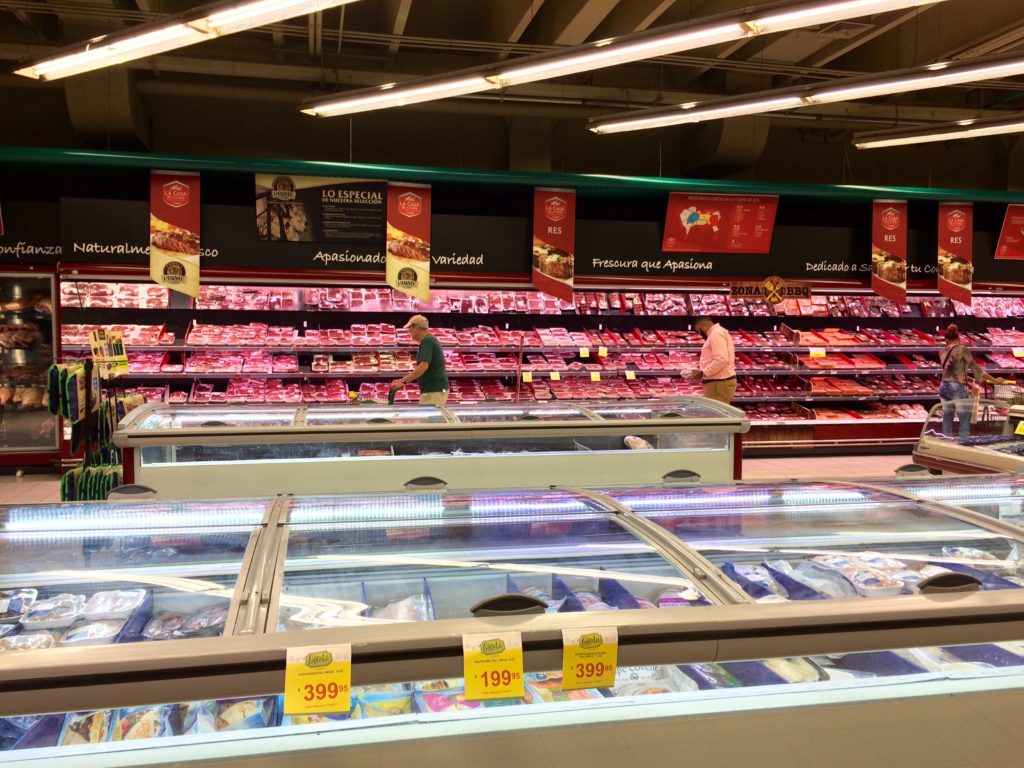 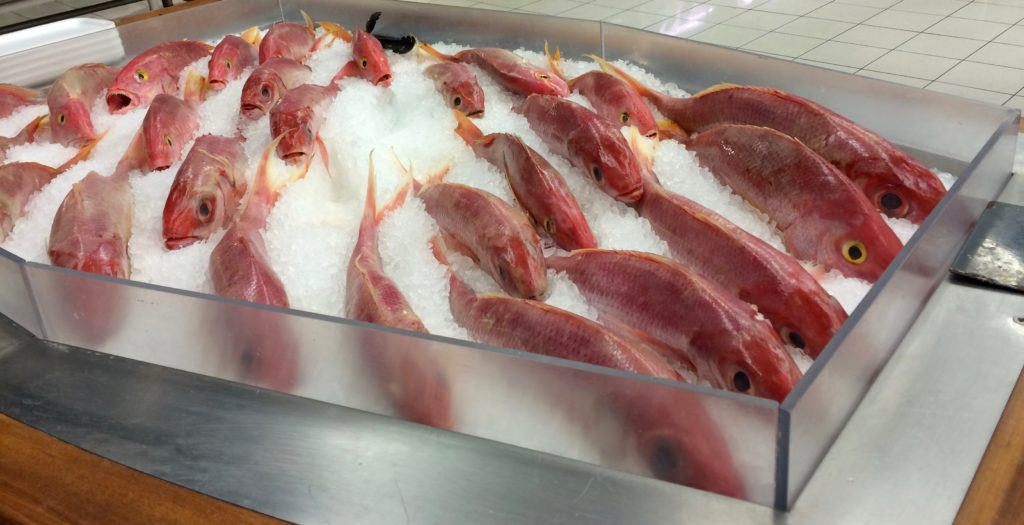 I’m not sure why, but somehow a whole fish is less unnerving to me than a mammal or even a chicken. In China I watched while over several days a huge swordfish on ice (with a lot of its sword removed so they could get it into the store) vanished chunk by chunk from the French chain grocery store, Carrefour. I was amazed, but not appalled.

The class divide worries me wherever I travel in the world. I don’t want to be a naïve North American so accustomed to purchasing chunks of meat in cuts pre-wrapped in non-disclosing parcels, that I fall into dangerously stupid situations for not believing my eyes and nose. But I don’t want to be a judgmental racist/classist/ageist person either.