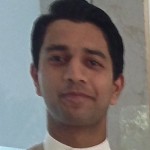 India is replete with strange pairings such as science and romance, cows and religious observance, beauty and squalor. No afternoon visit held greater disparity than ours when we moved from viewing the Jantar Mantar Observatory to the Hawa Mahal.

Never mind that the Jantar Mantar Observatory is a well-preserved, giant-sized physics lesson from the 18th century, the place would be perfect for a 21st century school field trip. The whole thing is like walking through a 3-D astronomy textbook. The science geeks in our group were absolutely giddy.

Here are a few of the installations. 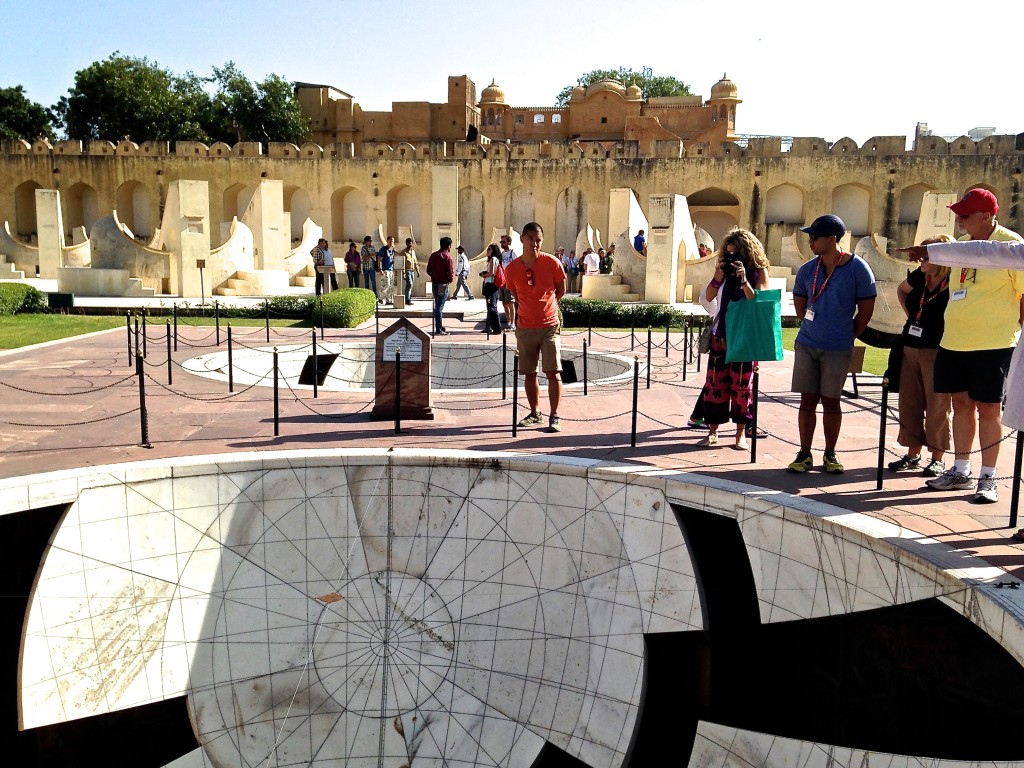 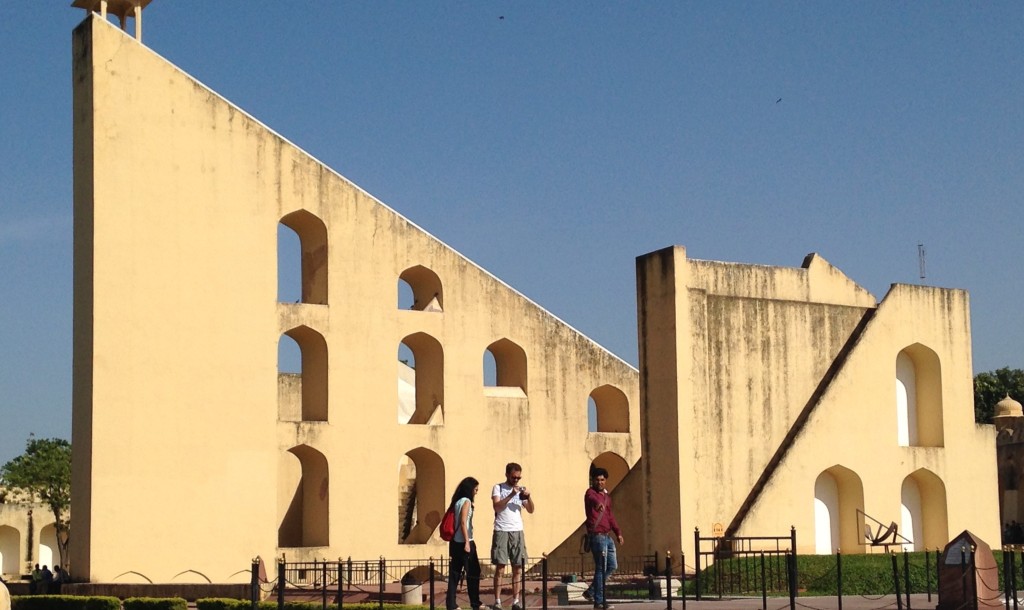 The Palace of Winds facade for the Perfect Romance Novel

When we drove past Hawa Mahal, the “Palace of Winds” with its lacy ornamental façade—which historically allowed royal ladies to view the city from the windows, thus obscured from view—all I could see was the cover art for a romance novel. Too bad I never write romance. It would have been perfect! Maybe I can make the shift . . . . . or maybe not . . . . 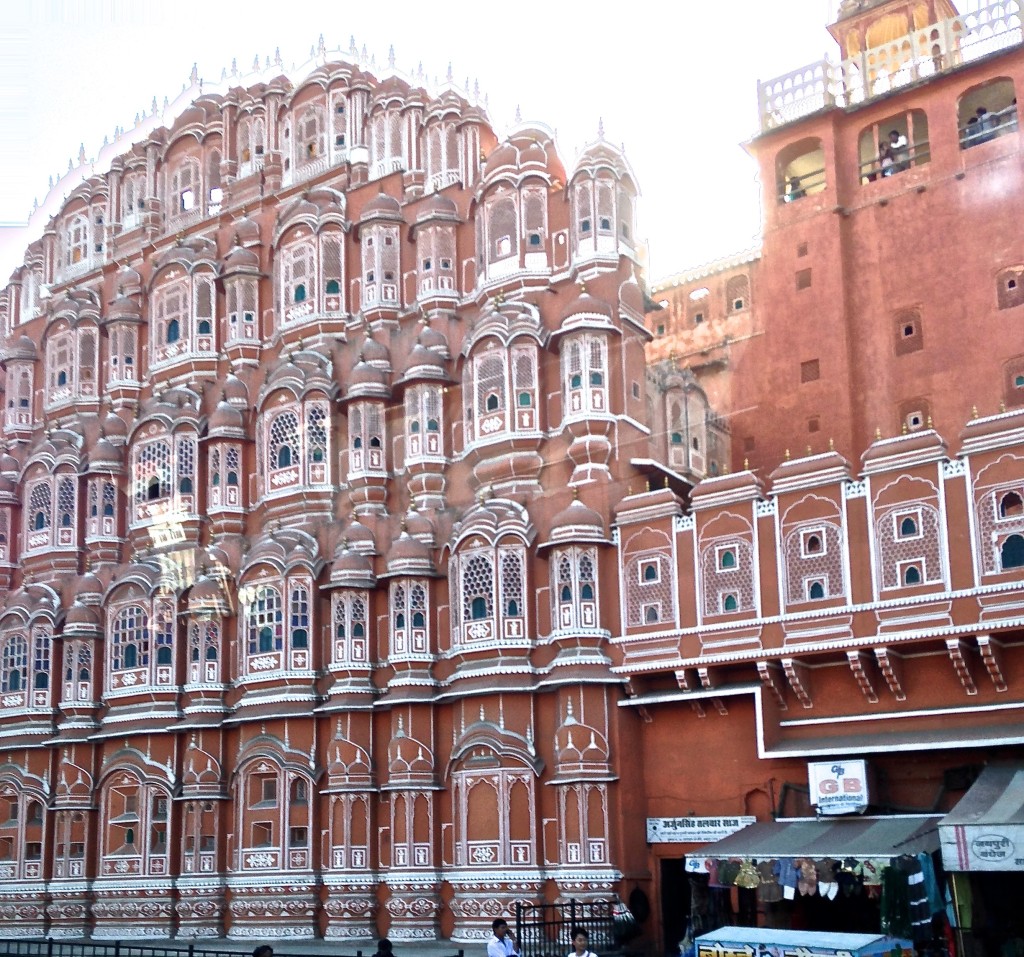 Hawa Mahal, the Palace of Winds