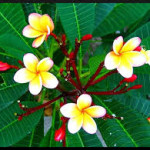 The ruins of Copan is an extensive site that gave us much to see and do. Once again, we learned that the actual foundational level of the city was something like 16 feet below the present surface where we were walking. Archeologists had to excavate to that depth to discover it, but since there is no way to protect those lower levels from the elements, they made their notes and covered it all up again. This is always problematic because other eyes would see other meanings and make other connections. People from various disciplines can add immeasurable dimensions to an archeological site. But I do understand that the forces of constant weathering would destroy the artifacts in a few short years.

Like many of the more developed sites we’d seen, attempts have been made to cover each of the exposed monuments with thatched roofs to protect them from the sun and rain [see stella R]. But a case in point are the famous steps [below], which can no longer be scaled by tourists. The local guide showed us photographs of how much has been destroyed by footsteps, sun, and rain, before they made the temple off-limits for climbing, and raised a protective covering over it. Truly a very sad level of destruction had occurred. Maybe it’s a good thing that something like 90% of all the ancient cities of Mesoamerica remain unexposed. 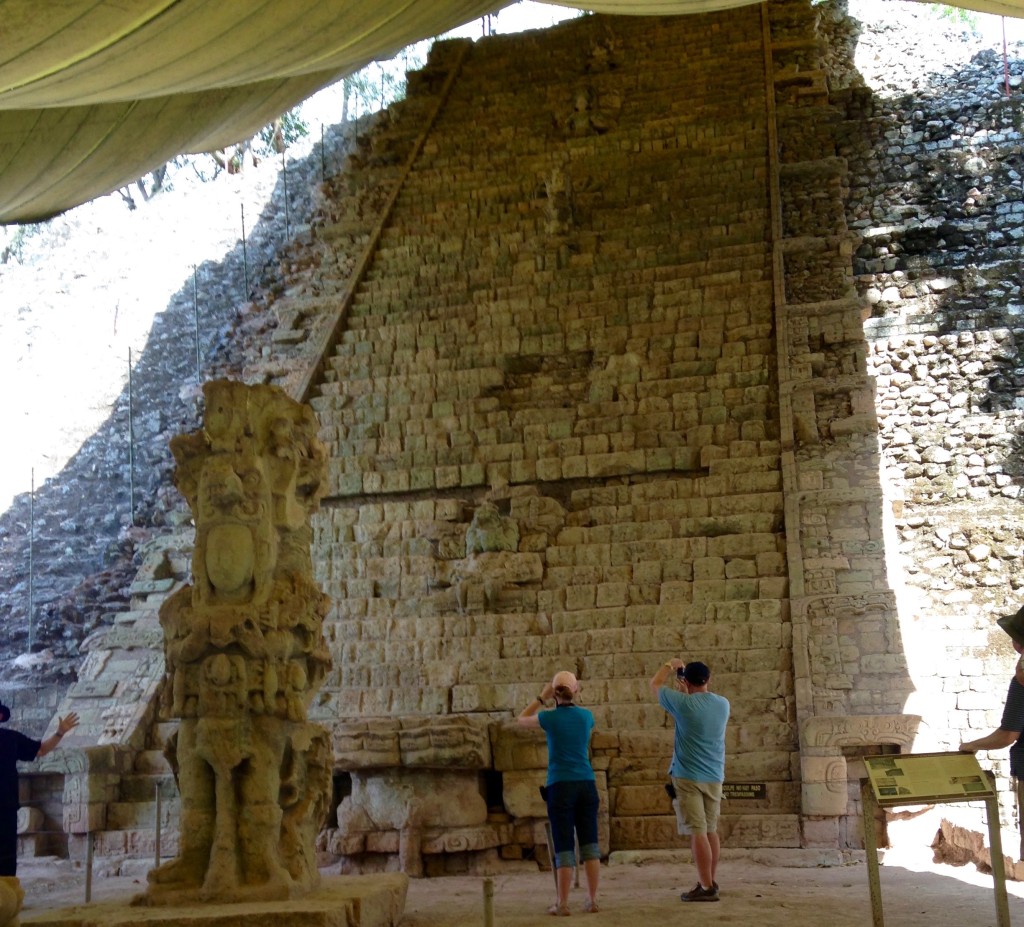 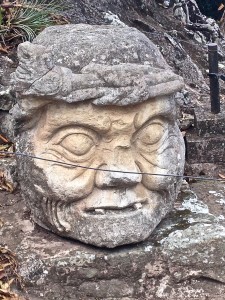 We discovered this unfriendly head [L] along a ledge on the monument as we were climbing … and ascending … and going up … and over … and around …. well you get the idea!

[Below R] As we left the park, we spied another unfriendly fellow under a bush–a boa constrictor. It wasn’t going anywhere very fast, having just swallowed a rather large lunch–presumably a rodent of some sort. But the snake noted our presence with an aggressive stance.