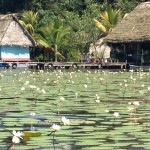 We knew in advance that our motor boat route would propel us along the Rio Dulce River to the Caribbean Sea, but I didn’t realize until it was over what variety and history we would experience along the way. We began our journey at the point where the river flows out of Lake Izabal with its small Spanish colonial fort called the Castillo de San Felipe de Lara, apparently built to stop Caribbean pirates from entering the lake during colonial times.

A little later the river flows into a long narrow lake called El Golfete with a number of huge rocks protruding as islands for bird sanctuaries and we even saw a few fish leaping. Once again back to being a river, the Rio Dulce meanders past a few shore-side dwellings, whereupon the motorboat drivers cut their engines so we could enjoy the serenity of the area. 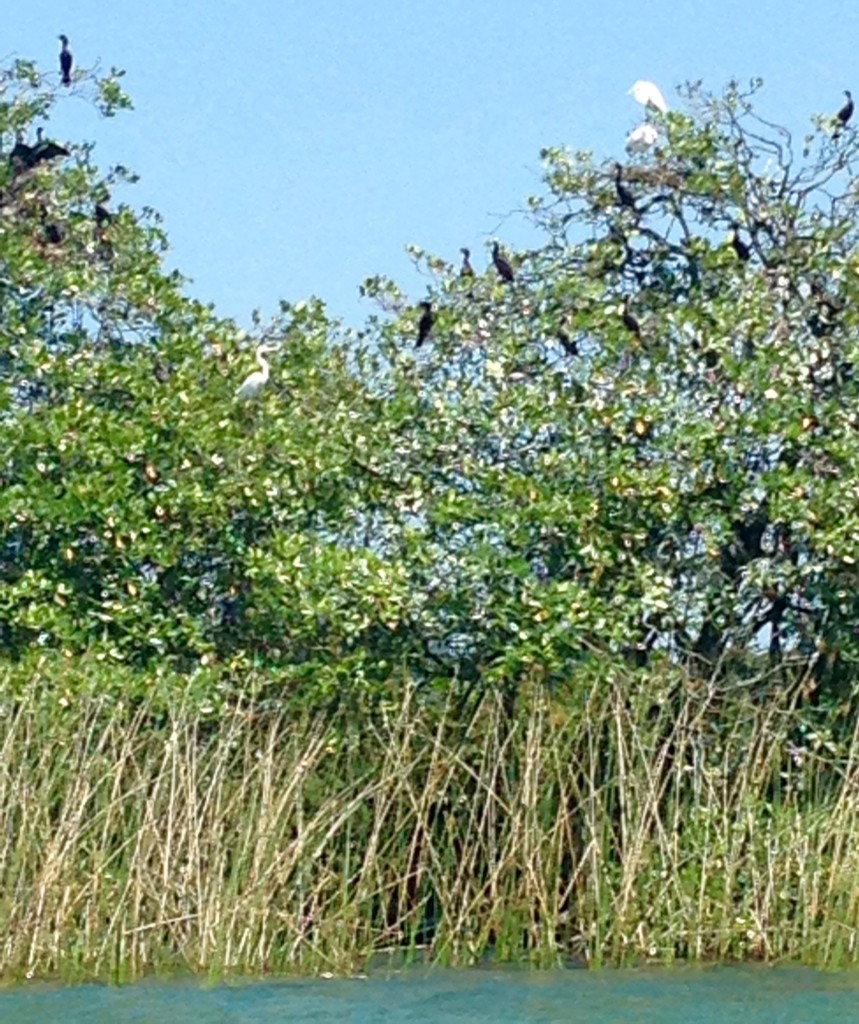 A day like none other on the Rio Dulce River—perfect weather, great companionship, and spectacular jungle canyons. On either side of the river gorge, teak, mahogany, and palm trees grew thick, with flowers in the under-foliage. Toucans and howler monkeys flashed by in the trees overhead. 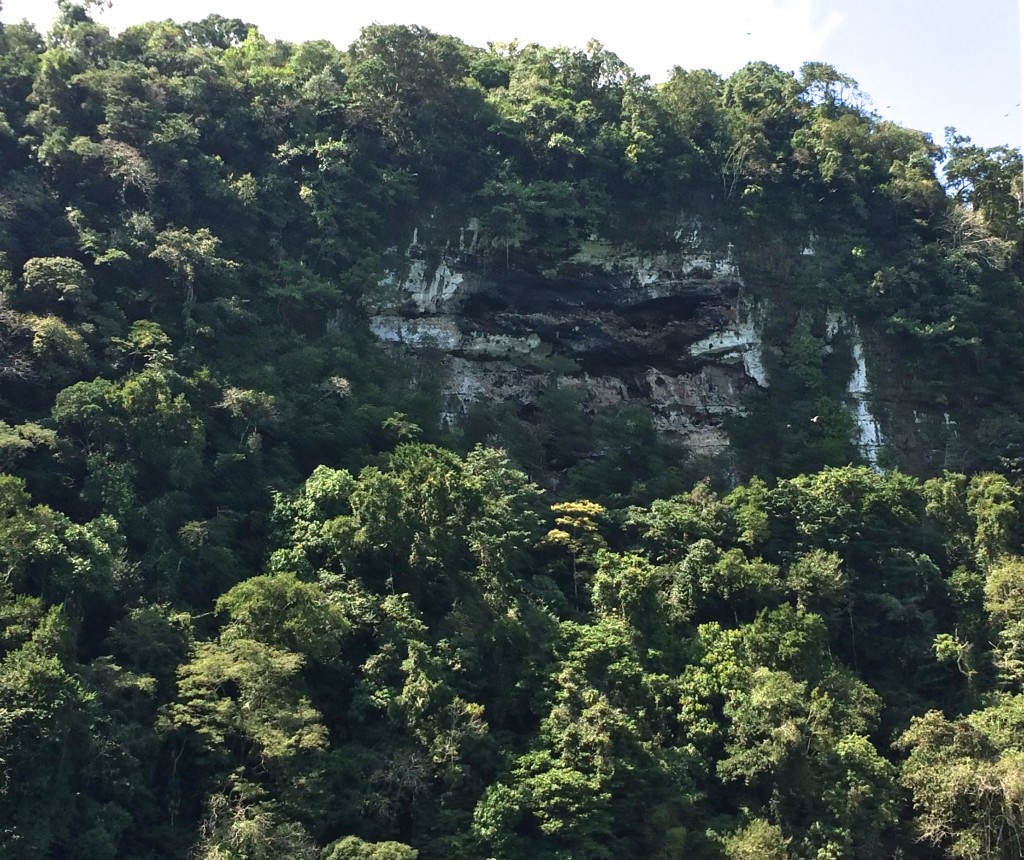 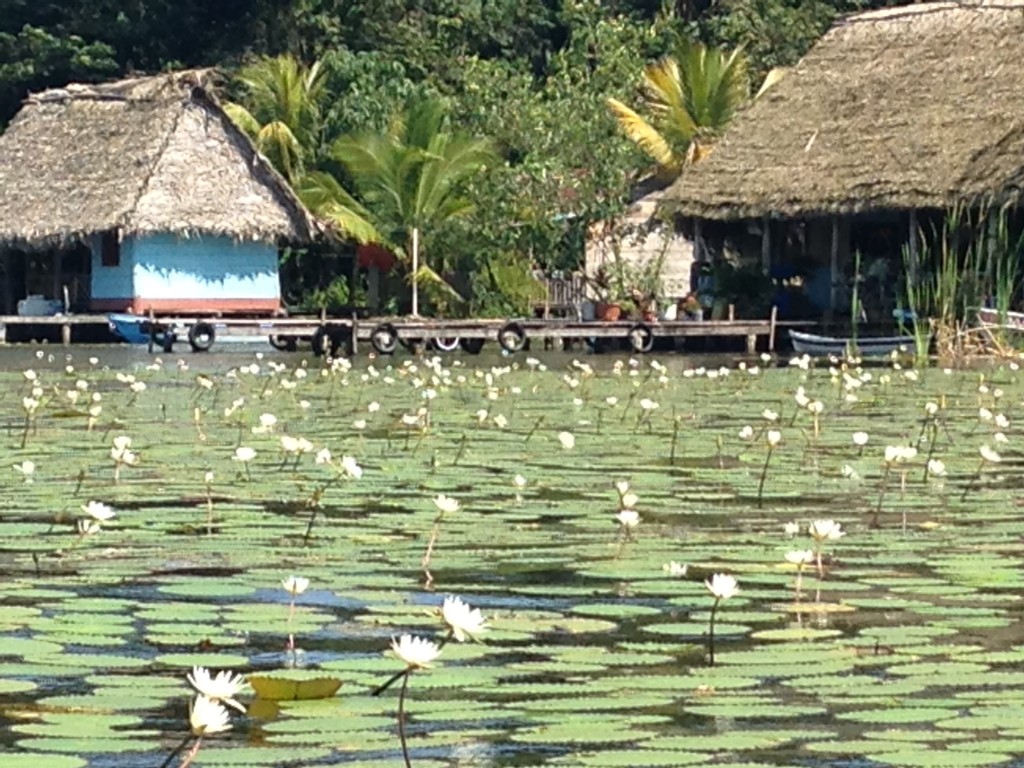 As we floated through acres of water lilies in full bloom, young girls paddled out to greet us in dugout canoes loaded with  bracelets and small wooden carvings to sell to tourists.

I was amazed at their balance, at how they could stand up in their wobbly canoes, hand us the goods, make change, and paddle off. 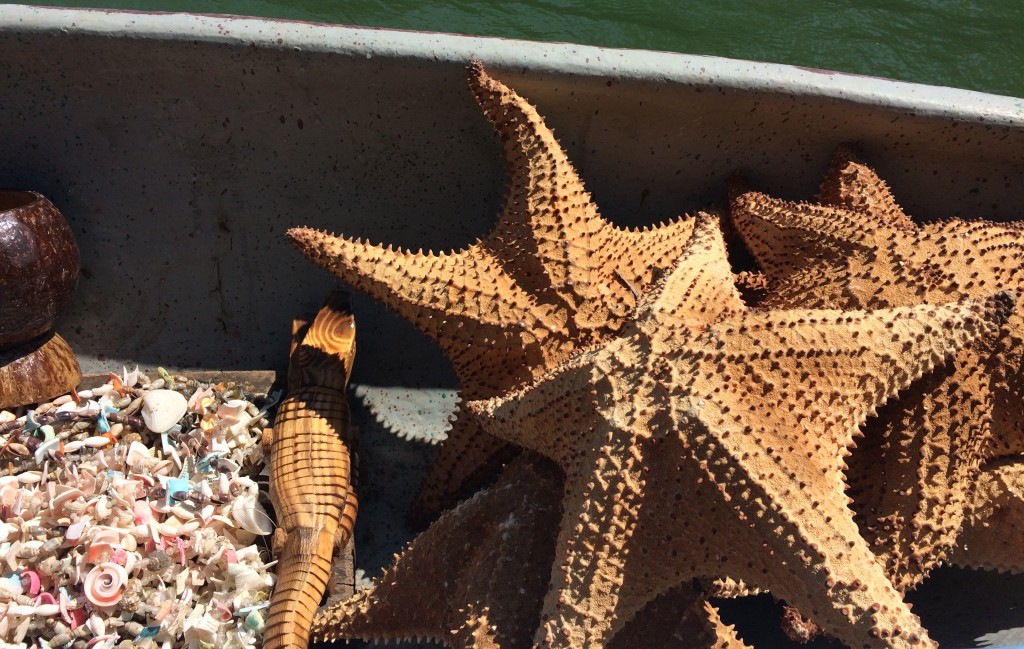 Continuing down the river, we approached the town of Livingston. I reached into the water and licked my finger—the fresh water had begun to turn salty, which meant we were near the Caribbean Sea. On open water again, the motorboat picked up speed, its prow rose high in the air, and we were off toward the salt sea.

The Amatique Bay Hotel opened to us in a splendor of yellow, with a lighthouse, an old fort, and an old Catholic church besides the modern buildings where we spent the night. 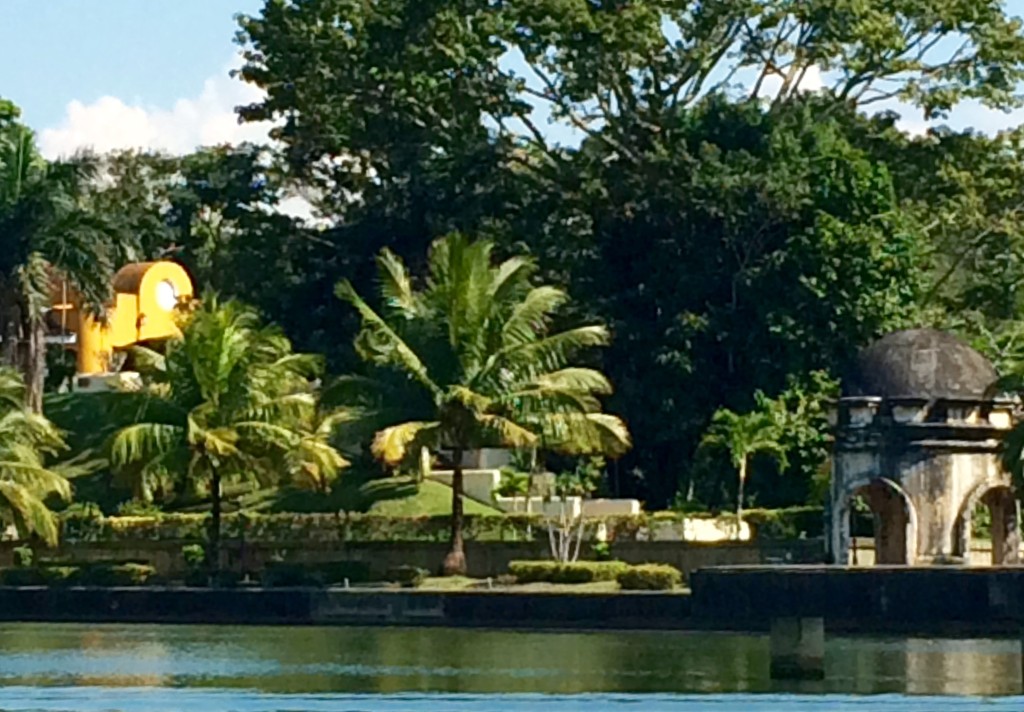 While the hotel may have been at its peak as a spectacular resort a few decades ago, the pools were still lovely. If I just had a small fortune, I’d buy the place and restore it to its former grandeur. 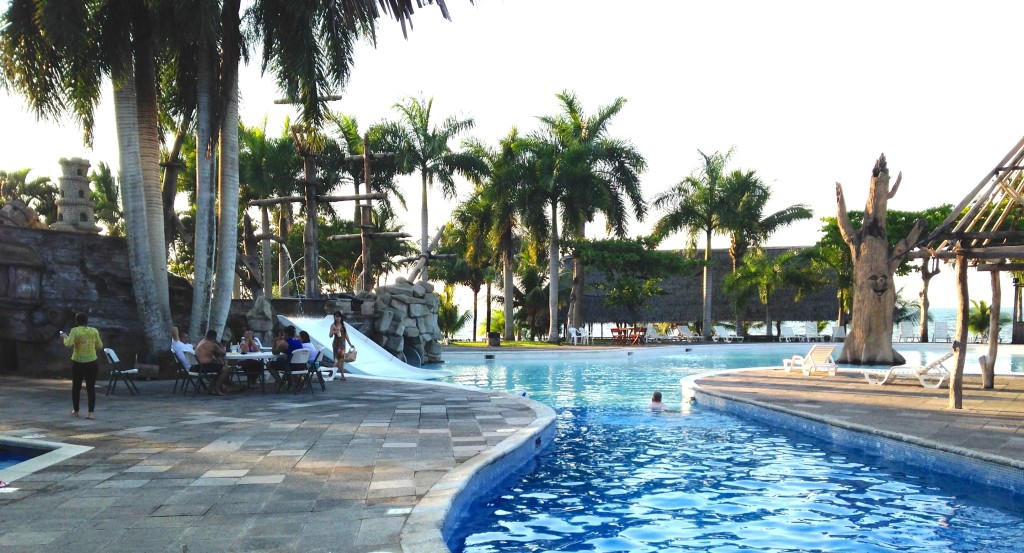