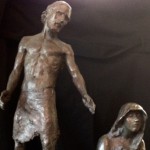 JM Bryce: I’d love to hear how your decision to take a cruise came about, despite suffering from Parkinson’s Disease, Trevor. How long have you and Day Christiansen been friends?

Day: Trevor and I have been friends since I was a student in college. He was teaching painting and drawing and I was studying art and design.

Trevor: Some friends invited me to go on a cruise in the Mediterranean with them. Actually, it was a gift from the dear friends who market my art. I was absolutely delighted. I love to travel.

JM Bryce: How long had you known you were suffering from Parkinson’s Disease?

Trevor: I had been diagnosed with Parkinson’s disease for at least two years by then. I’d also been dealing with Prostate Cancer, but from a travel perspective the Parkinson’s affected me more. I didn’t think I could manage alone.

Day: So that’s where I came in. The changes I saw in Trevor had to do with his stamina. He would tire easily and that was the hardest part of traveling. So it was important to conserve what energy he had. Wherever possible, I would find a wheelchair for him–airports and museums tend to make it easy. But it was impossible for him to stand in line, so I did that for us both.

My job was to help with all the technical things of travel such as keeping track of tickets and passports, taking care of luggage, making sure we were on time, and generally assisting him with the physically demanding aspects of travel that might be confusing. He’s never been a detail man, but certainly when one feels exhausted it’s hard to keep track of things. I hoped to make it as comfortable for him as possible.

Trevor: It’s true. Day is phenomenal with detail and organization. I just let him take over and do it. Initially, we flew to London to visit some of my friends who lived there and to see the city again.

Day: For me it was a first time in London. I would get up early and walk around the city looking at the many buildings and places. Then I’d come back to the hotel about the time Trevor was waking up, have breakfast with him, and then we’d go do something together. That way I could see a lot on my own, and then we could enjoy things that were workable for Trevor

Trevor: From London we flew to Barcelona, where we met several other friends, making it a group of four for the cruise.

Day: Part of the reason we chose a cruise was so Trevor could have a room and feel settled. He could choose whether to go into ports or stay on the ship depending on how he was feeling that day. With three of us, we could trade-off as far as doing things. If Trevor needed to sit down and rest, someone amongst the three of us might want to do that with him, which left the others free to do some sight-seeing or exploring. Trading off like that worked well.

Trevor: I worried that I might become a burden to my friends.

Day: Not at all. I had a very good time because we are good friends—we know each other well, so that makes it easier to anticipate what you can do to help and how your time is going to be used.

The Surprises of a Changing Body

Trevor: Some things take you by surprise as your body changes. I fail to realize that I’m speaking softly. Formerly when I traveled I could communicate quite quickly with strangers, but now it’s more difficult.

Day: Your speech is very soft now, Trevor, but it wasn’t pronounced on the cruise. You may have been aware of it then, but it wasn’t obvious on the trip.

What I’ve noticed about Trevor’s Parkinson’s over time—even before it was diagnosed—is that his condition changed a lot depending on different medications. After his diagnosis when he was put on medication I saw a big improvement in his energy level.

JM Bryce: Did you have any worries about how to be a caregiver to a Parkinson’s sufferer?

Day: Parkinson’s is very different for each person. With my father, it affected him as to mental issues like mathematics, or complicated cognitive functions. With Trevor, he’s as witty and charismatic as ever. On the cruise it seemed to affect him primarily in speech and muscle strength.

With my father, he became more homebound all the time. With Trevor I think he’s just as social as ever, but since he can’t get around on his own, it has limited his social activities. Not being able to drive makes it’s more difficult to get around. 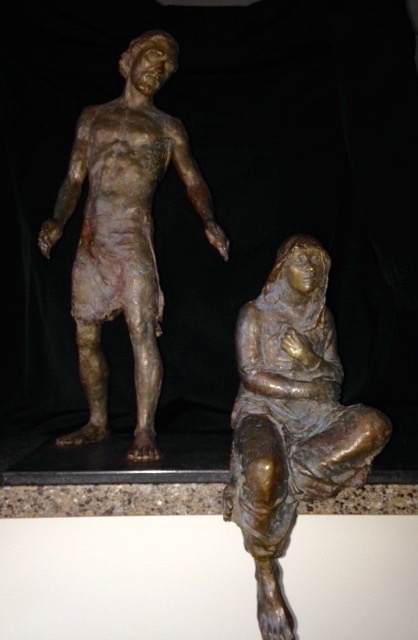 Trevor: I resent not being able to drive. Of course, the licensing people were completely right. My balance is poor. In fact, if I had to sum up my experience with Parkinson’s it would take two words: going downstairs. There’s a constant anxiety because of balance. Going down the stairs I have to talk myself through every step. Going up the stairs is fine.

The creeping aspect of Parkinson’s is the most irritating thing. You anticipate doing things you’ve done all your life and suddenly you can’t. It’s kind of like doing all things over again, like when you were a child.

Day: We didn’t perceive it that way on the cruise.

Trevor: The effects of Parkinson’s was reduced for me on the cruise because Day is such a perceptive friend, always ready to help. In traveling you’re constantly dealing with the unknown, so my anxiety was greatly reduced by having him along. The unusual things we saw and did were what I wanted to savor on the cruise.

It became delightful to be in these different places. Sometime places I’d visited many times seemed fresh again.

Why Take a Cruise When You’re Ill?

JM Bryce: What would you want a fellow Parkinson’s sufferer to know about taking a cruise?

Trevor: Increased perception and enthusiasm for the things I’d known was renewed on the cruise. To see Michelangelo’s Sistine chapel again, for example, was extremely pleasurable. A slower pace has given me increased delight, but increased physical vulnerability. A sensitive companion was an enormous gift.

JM Bryce:  Dear Reader, if you would like to see more of Trevor Southey’s art, please go to www.trevorsouthey.com.