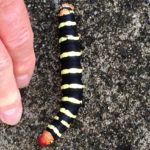 This week I’ve experienced something of a paradigm shift in understanding Santo Domingo. The old paradigm from the first six weeks in the country seems limited now, but it came about quite naturally based on the first people we met. This included lethargic doormen, stern security guards, craaaazy drivers, and a long line of clerks who’ve been to the customer relations school of “Ho-hum, a customer, guess I’ll act deaf and scowl a bit.” We wilted in the humidity and flinched at unexpected odors. Everything was new and a lot was difficult.

Our first hint that Santo Domingo is home to quite a different class of people than we’d been encountering began during our brisk  morning walks in the near-by park. Groves of trees fill the park. Palm trees of all kinds line the paths, along with a vast array of others in every size, shape, and hue of green. Here a flamboyant tree has dropped petals on the path. I felt like I should pick my way along and not disturb the beauty. Whenever we leave the park, we see lined along both sides of the street, expensive new-model cars. Not a dent, scrape, or spot of dirt on any of them. Quite a change from the scruffy vehicles who maneuver in front of us when we’re out driving. 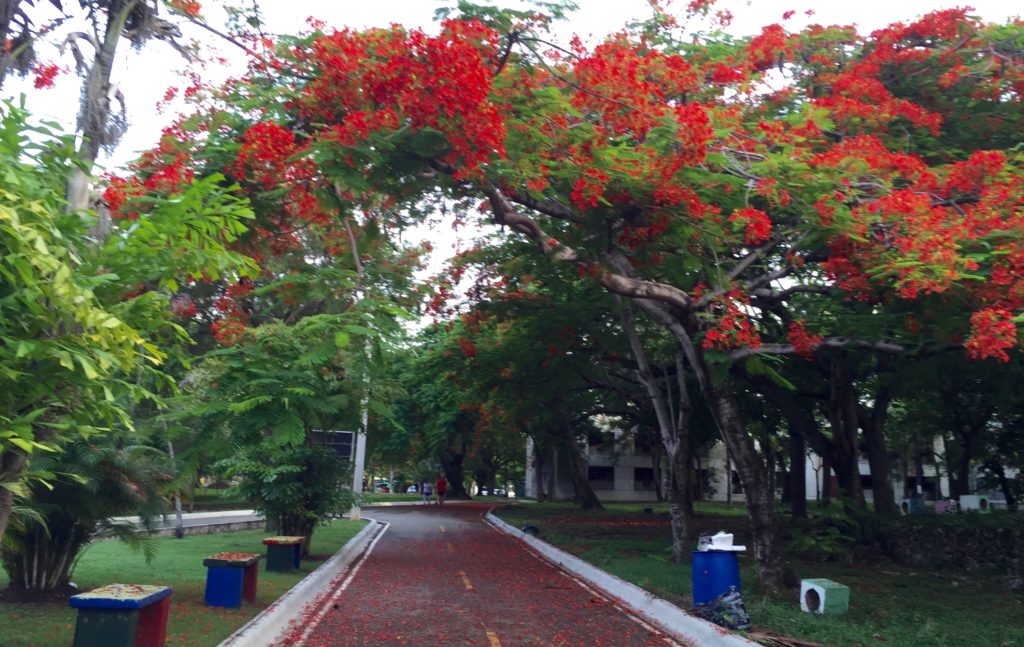 A Different Stratum of Society

This week we further encountered a different stratum of society. An education specialist (K through university) that I’ve been working with on a project, asked me to discuss the Whole Language (literature-based) approach to language acquisition with five teachers at a school where she was consulting. To prepare, I scoured the children’s section of Cuesta bookstore for appropriate English language picture books, found a couple of good ones, and purchased another in e-Reader version. I prepared an hour’s discussion, including a set of handouts, and felt prepared.

When I arrived, the entire faculty of 25 people had assembled. The school secretary quickly duplicated my handouts for the larger audience while the tech person put the e-Book up on a big screen. With the consultant friend beside me as Spanish interpreter, I dove in. It’s been four years since I’ve taught a course at a university, and the experience re-awakened in me the joy of discussing books and ideas.

Tickets to the National Symphony Orchestra 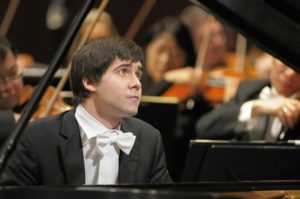 The consultant’s thank-you gift was tickets to the National Symphony Orchestra that night. A late meeting, however, meant we missed the Beethoven. But we arrived in time for the Rachmaninoff piano concerto performed by a young man from Ukraine, Vadym Kholodenko. In certain passages I was aware of his utter virtuosity, but primarily I experienced an overwhelming sense of exultation in the sheer beauty of sound. Tears sat on my lower lids, but I was too entranced in the music to blink them away. The concert ended with a powerful Dvorak symphony.

Everything was beautiful, from the bank of live ferns lining the front edge of the stage (so we didn’t have to stare at orchestra members’ shuffling feet) to the red-coffered sound wall backing the orchestra. During intermission we walked amidst a sea of beautifully groomed women wearing pearls and gorgeous cocktail dresses, escorted by men in well-cut black suits.

Yes, a completely new paradigm had opened to us for the city of Santo Domingo.