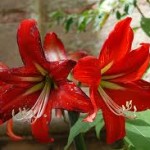 As we drove through the countryside to Guatemala City, we spotted the painted cemeteries and volcanoes that make Guatemala such a distinct country. The painted cemeteries had been built very near the villages, the above-ground sepulchers built to resemble brightly plastered little houses. I saw almost enough joy in those colors to make me start thinking about death in cheerful terms.

Around the next bend we saw this colorful village clutching precariously to the hillside above a swiftly running river. Can you see the similarities to the cemetery? Conversely, I’ll bet it’s easy to see that the cemeteries seem more prosperous than the hillside shacks housing people. Seems so sad to me. 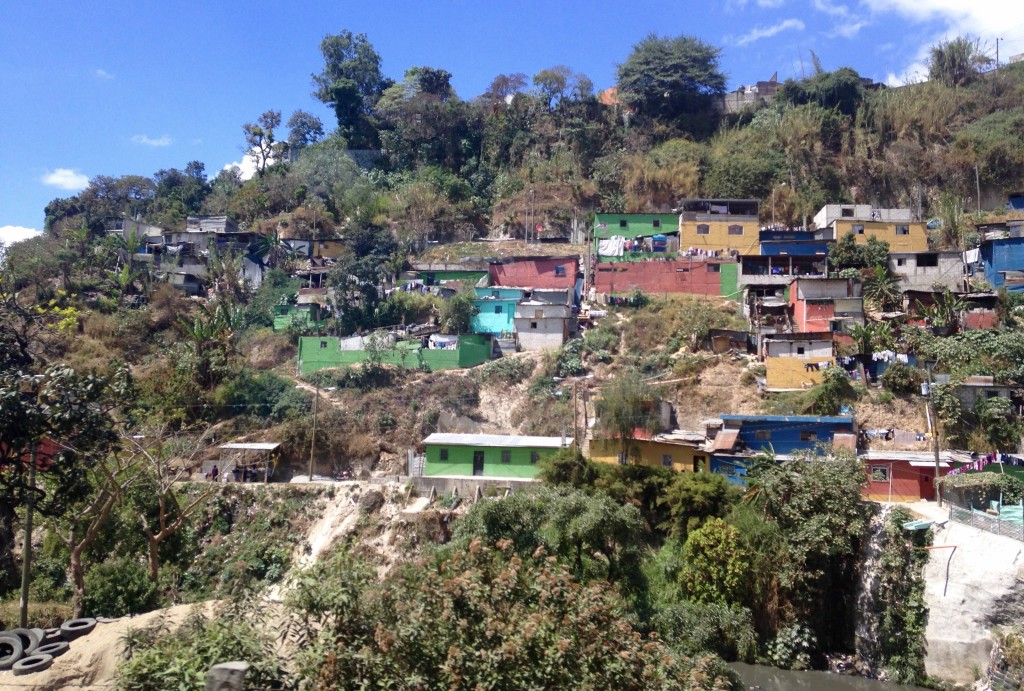 The Active Volcanoes of Guatemala City 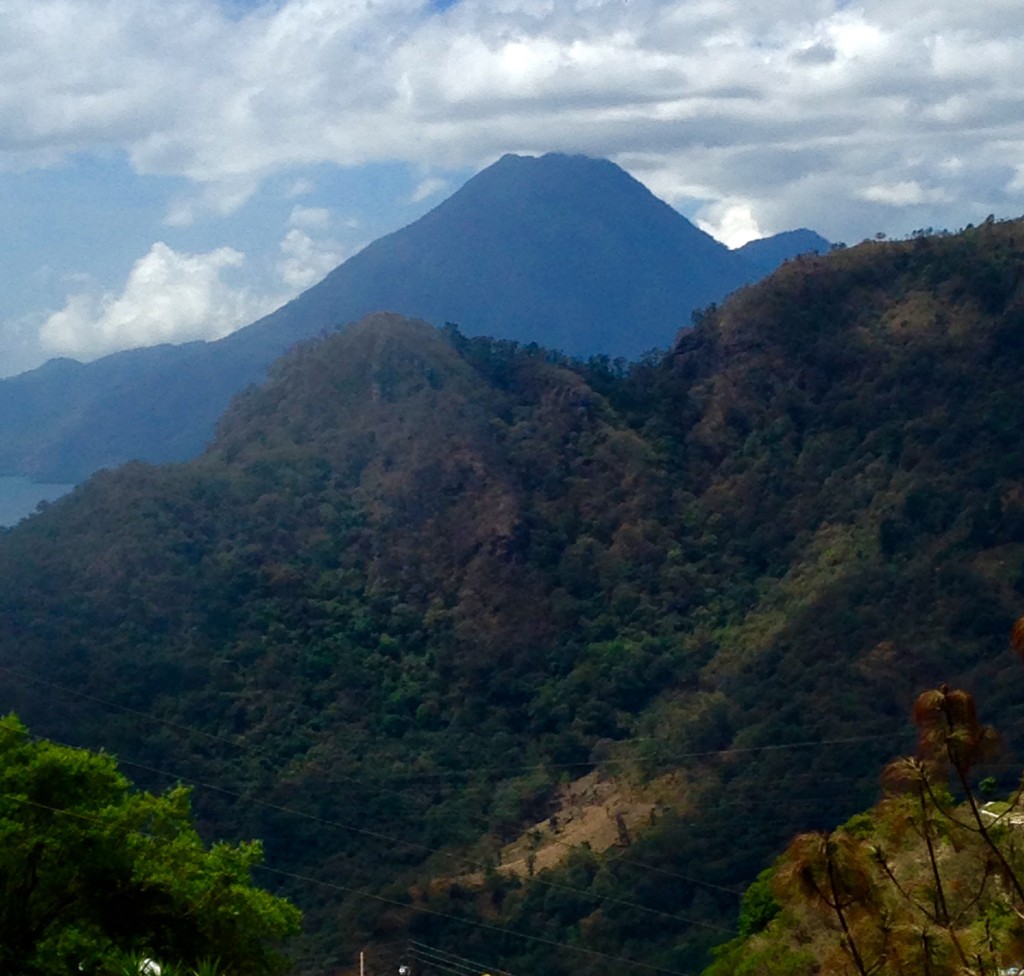 The conical volcanic mountains rose as majesticly as other, less malevolent mountains, but I couldn’t set aside the fact that so many of them housed active volcanoes.

Is it ever possible to drive into Guatemala City past all those active volcanoes surrounding the area, and not be struck with a sense of ever-present danger? I wondered if a phenomenon like that could ever become ordinary to a citizen.

But then, I used to live in a Missouri city where ice storms, sink holes, and tornadoes were a way of life. Ah yes, it’s an uncertain world out there.

Survey for the Population of Guatemala City

Some day I’m going to survey the population of Guatemala City as follows:

Other alarming features of Guatemala City

I vote the entrance ramp to the Grand Tikal Futura Hotel in Guatemala City as ranking up there with the extraordinary physical phenomenon of the region. In fact it might rank alongside the top few amusement park rides I’ve taken. It’s a steep curving one-way ramp with an increasingly thrilling drop on either side all the way up to the third floor parking lot. The hotel is lovely, of course, with North American style shopping and food courts.

And night after night, clearly visible from our hotel room, we saw a volcanic mountain smoking on the edge of the city, the fiery red lava flowing down its side.