If you, too, are a landlubber from the interior of the continent you may understand the mystique of seafood, marinas, and totem poles on Vancouver Island. Boats sat in the marina at Genoa Bay in North Cowichan awaiting the weekend, I suppose. Hard to resist the idea of hopping into one and speeding off. 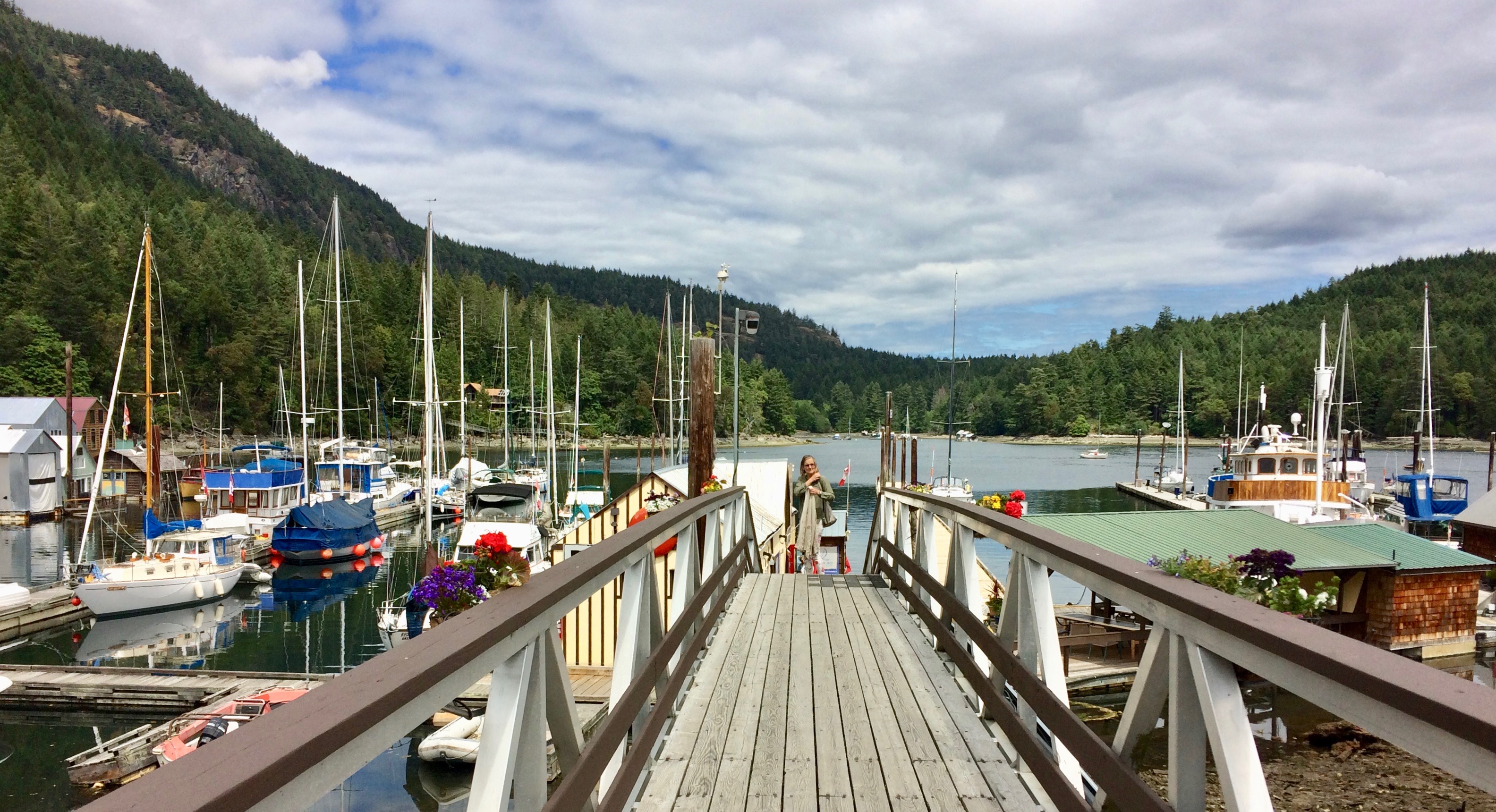 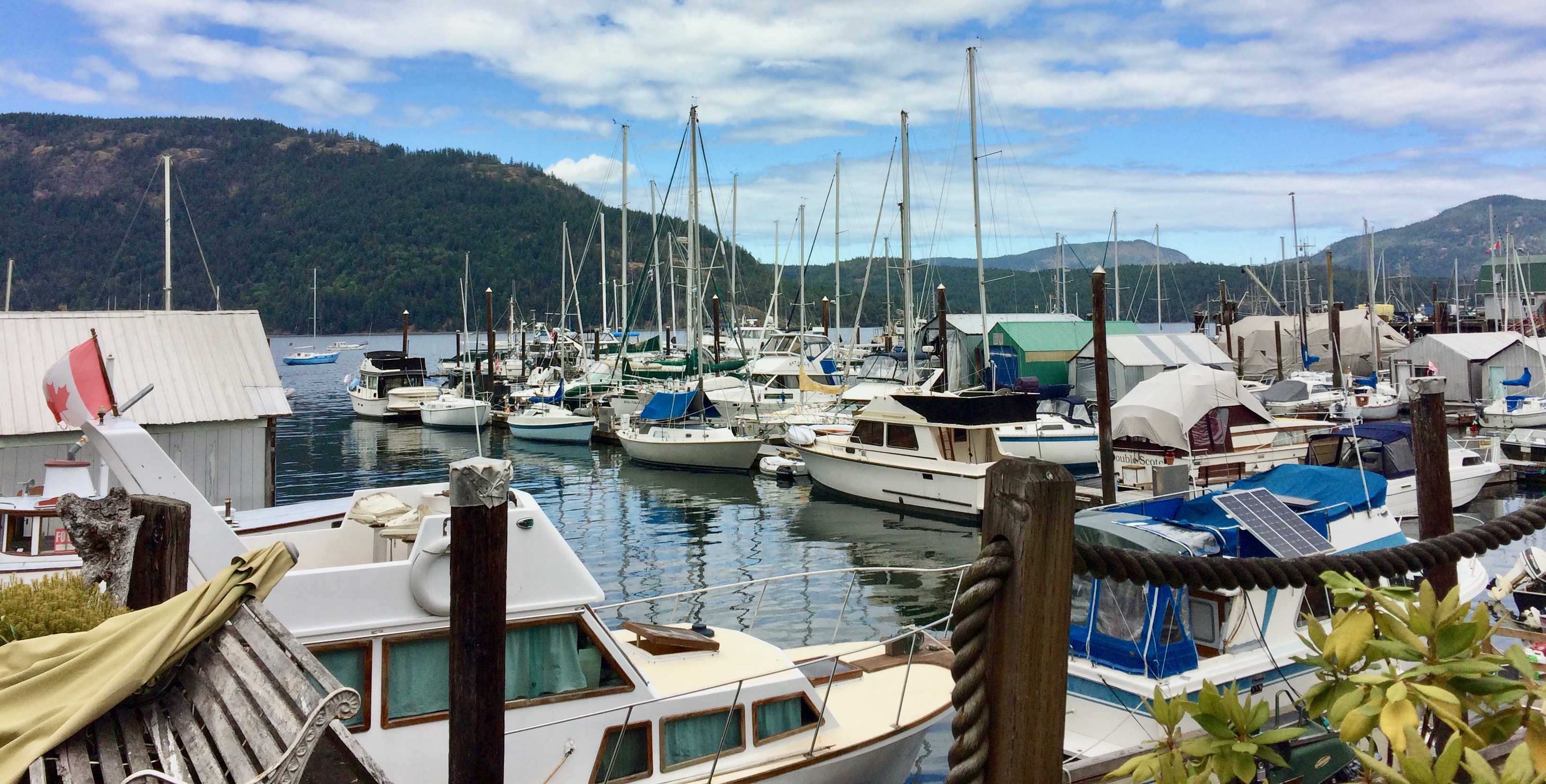 The tide was out, exposing rocks and barnacles up to the usual waterline. Some people say low water is ugly, but I think the texture variations from water to rocks to land are very interesting. I could see how the board walkway from the marina to Genoa Bay Cafe, our lunchtime destination, is designed to float with the water level. The barnacle level on the post proved it. I secretly wanted to stay a few hours to watch the boardwalk float upward as the water flowed landward, but my friends claimed a compelling interest in lunch. 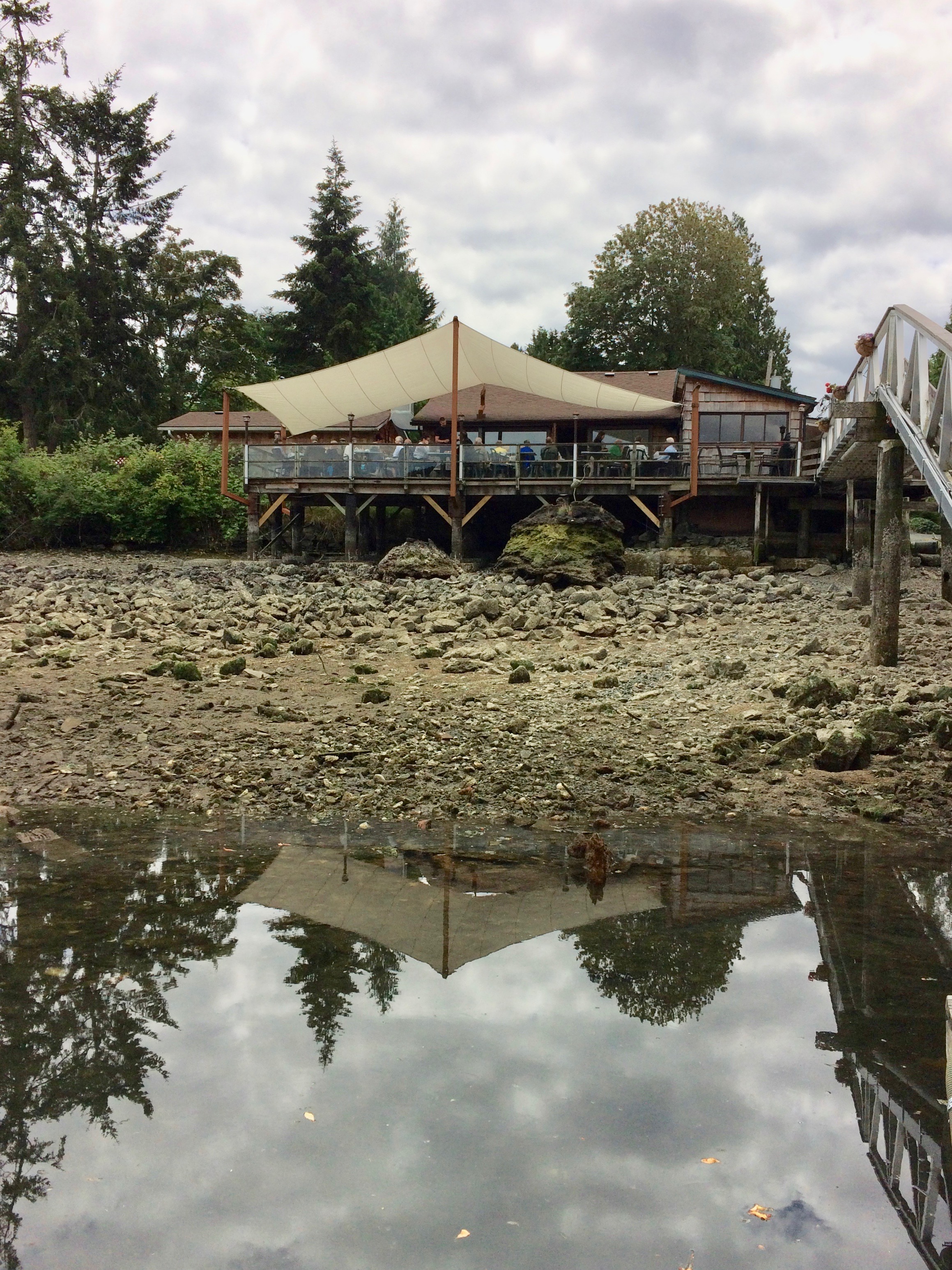 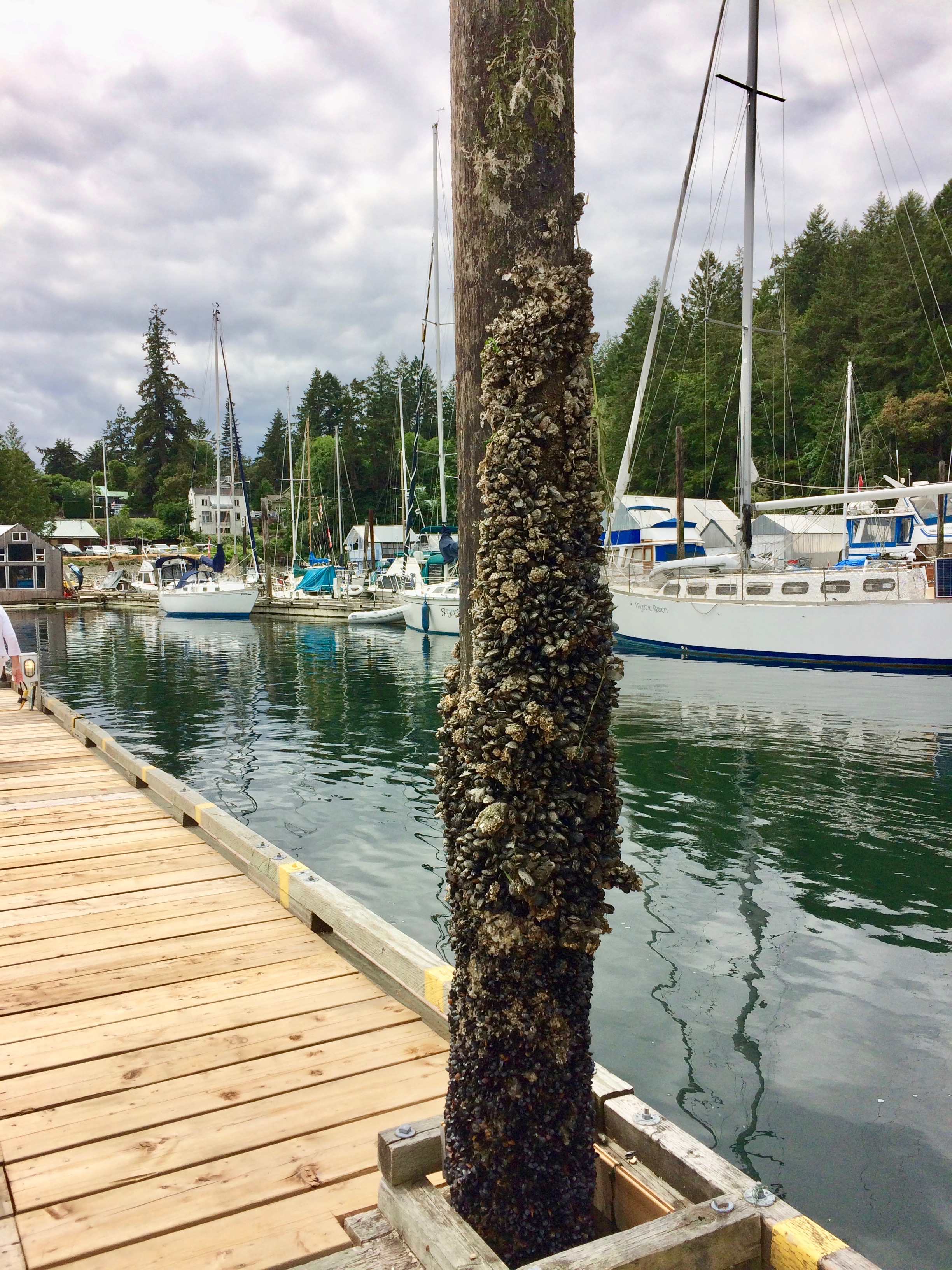 Genoa Bay Café came highly recommended by friends for our lunch time destination, and it turned out to be a really good little restaurant on the wharf. 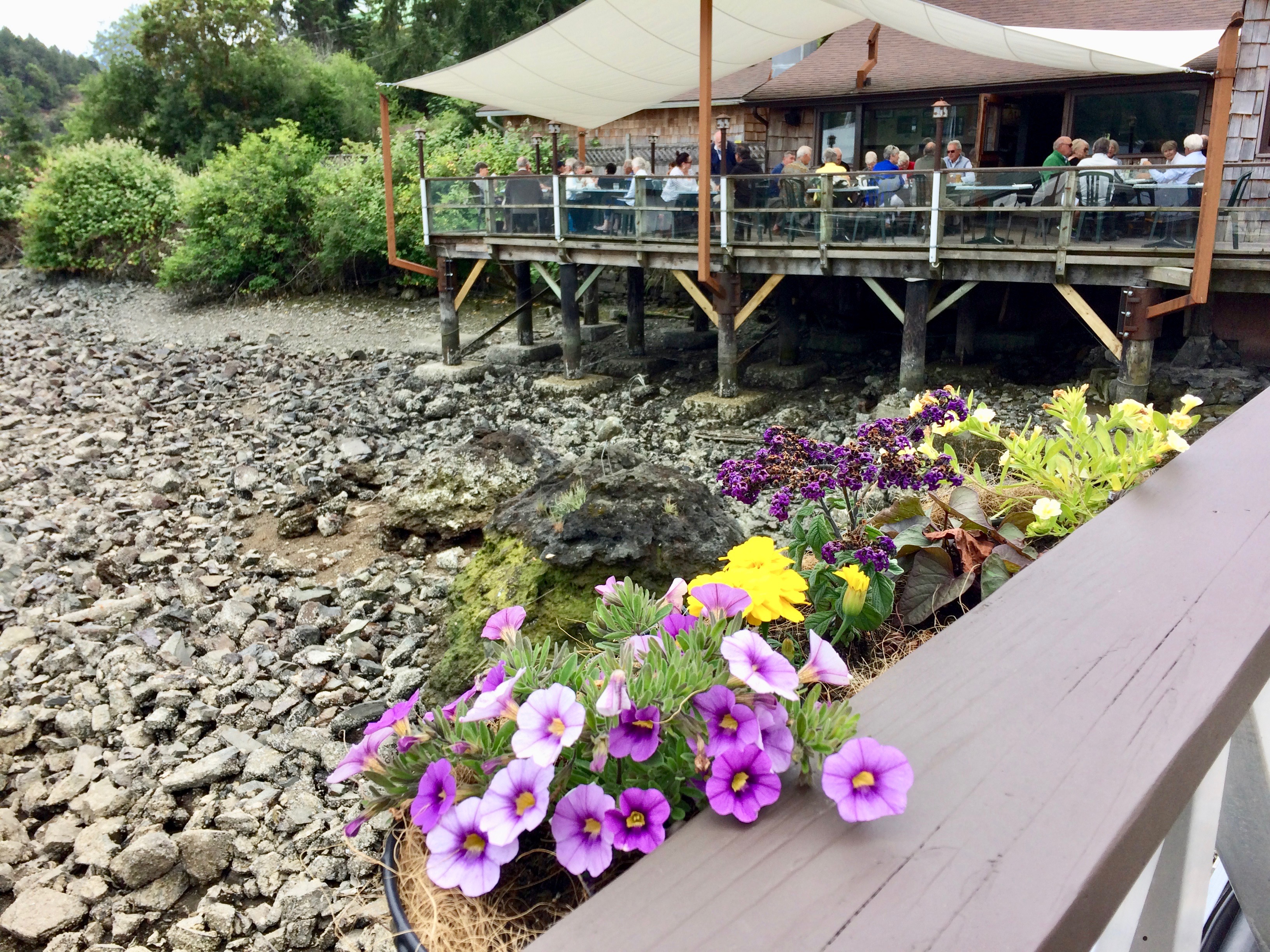 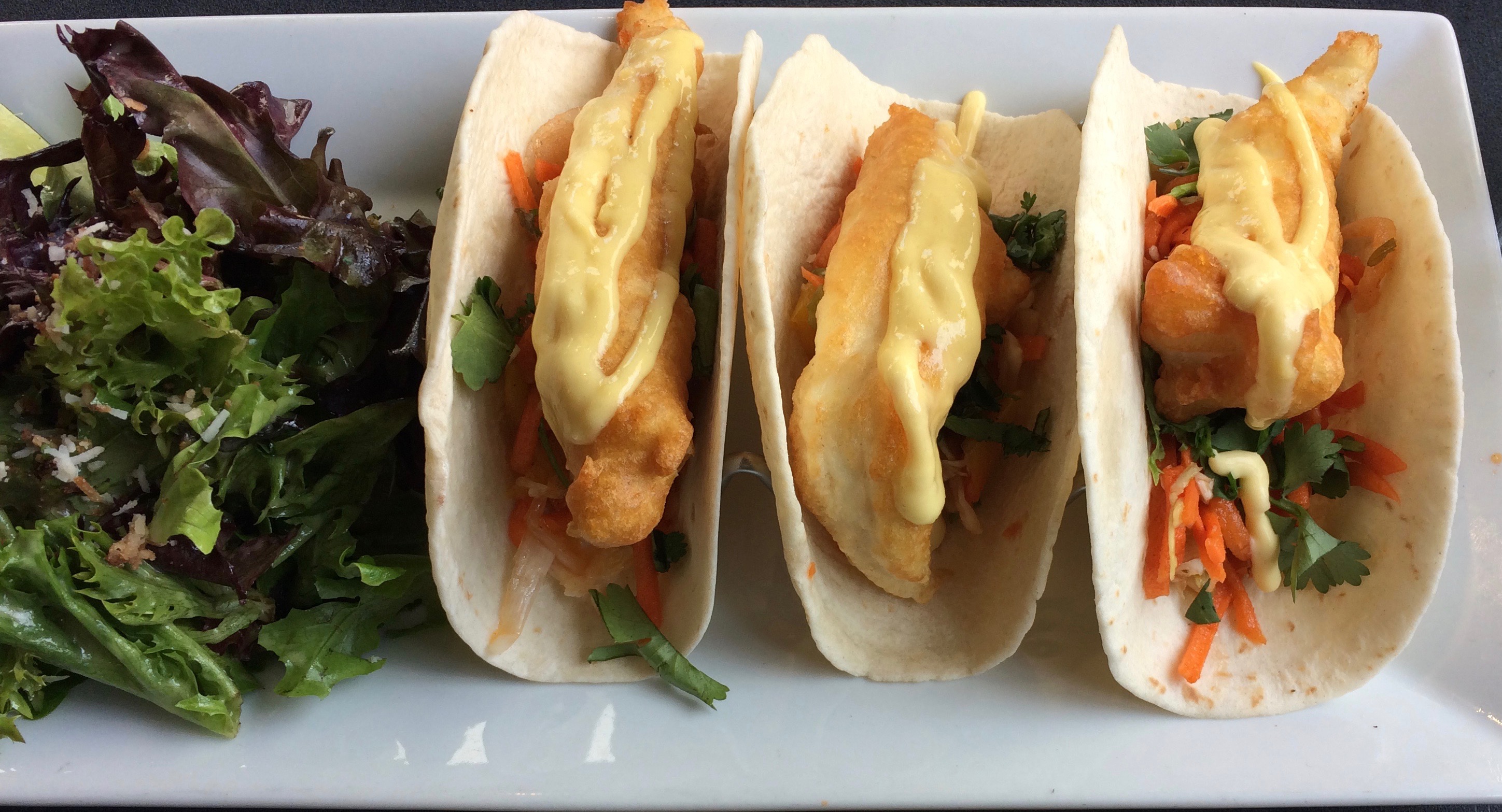 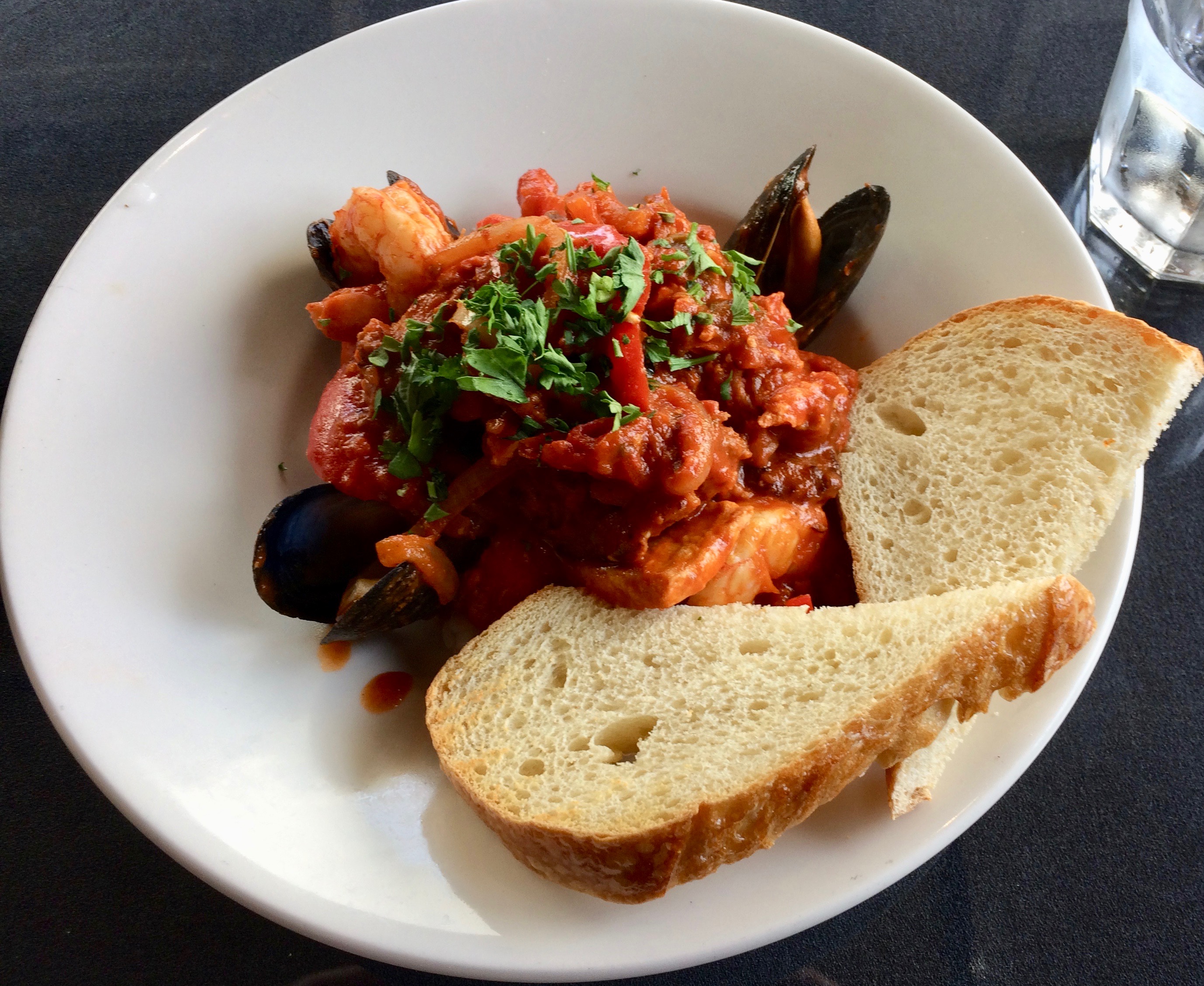 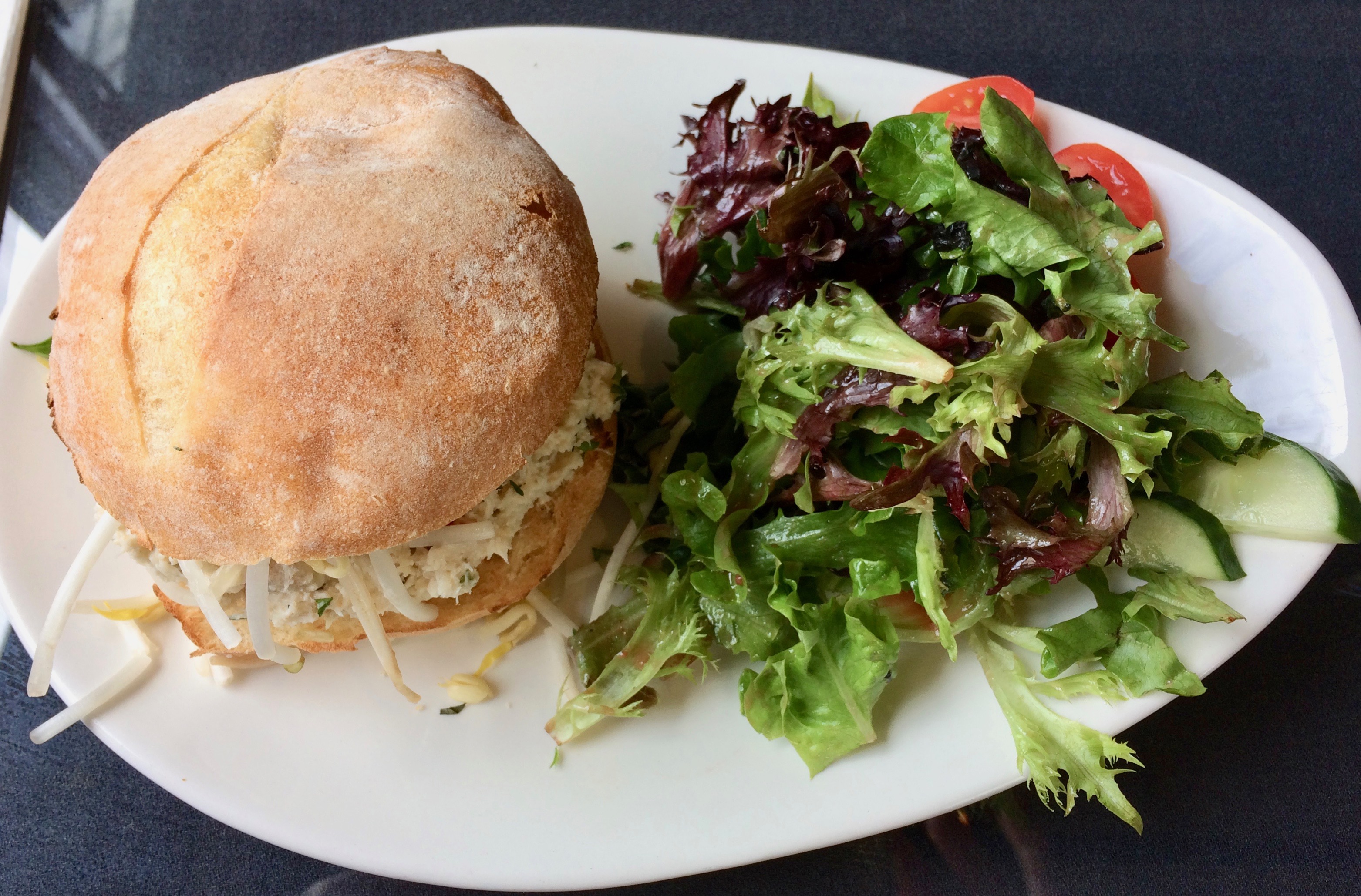 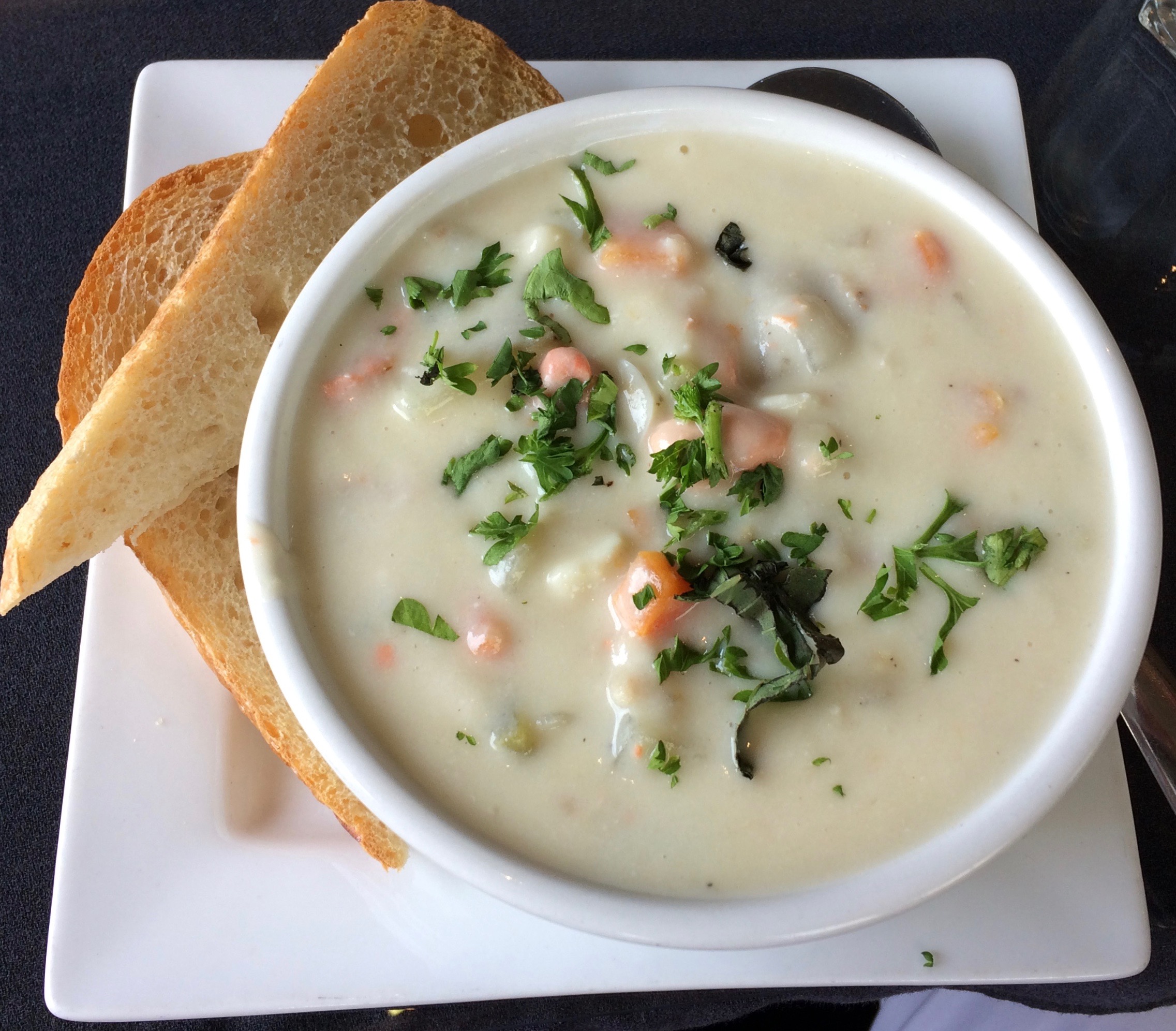 I don’t think of myself as a foody, and my readers know I don’t normally spend much time photographing what I’m about to eat. But I have to say, for me, seafood is part of the mystique of Vancouver Island!

From Genoa Bay, we headed to the city of Duncan, which claims to have the most outdoor totem poles in the world. As we walked around the downtown area, I saw several enormous totems on every street. They all had signage identifying the carver and the significance of the shapes. With a little time, you could make something of a study of them. However, I felt like I was on a treasure hunt. How many totems can I photograph before my friends say ENOUGH!

Below are my photos to prove I found 25 of the 41. If you’re planning a visit to Duncan, here’s a map in case you want to visit them all Online first. 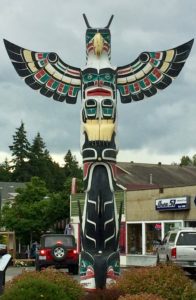 While most of the totem poles stood alone, some were grouped together. As a child, the pictures of totem poles I saw in National Geographic Magazine terrified me. They’re still haunting figures, the stuff of dreams. My idea of the most frightening  horror film ever would be Duncan at night with forty-one totem poles on the prowl. 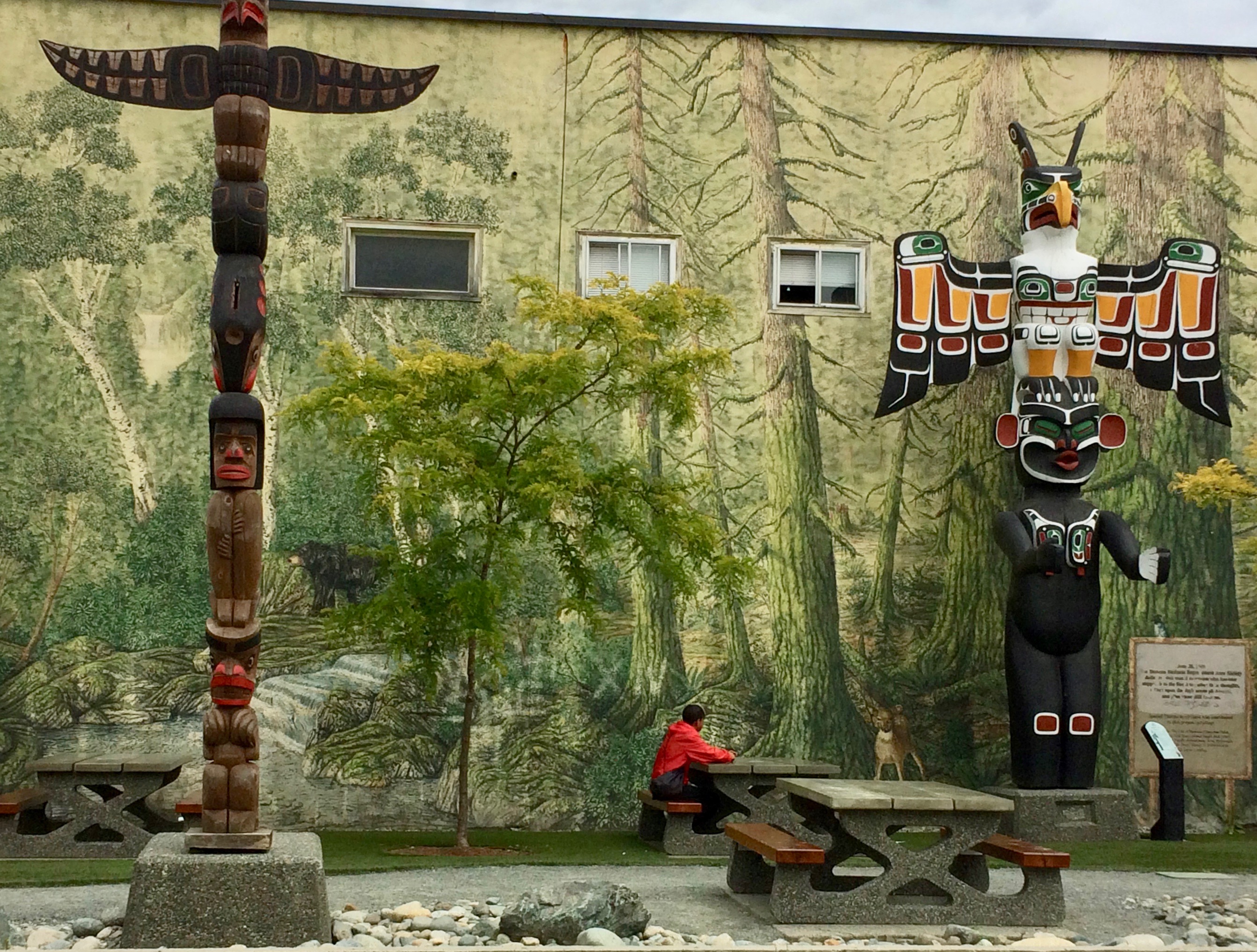 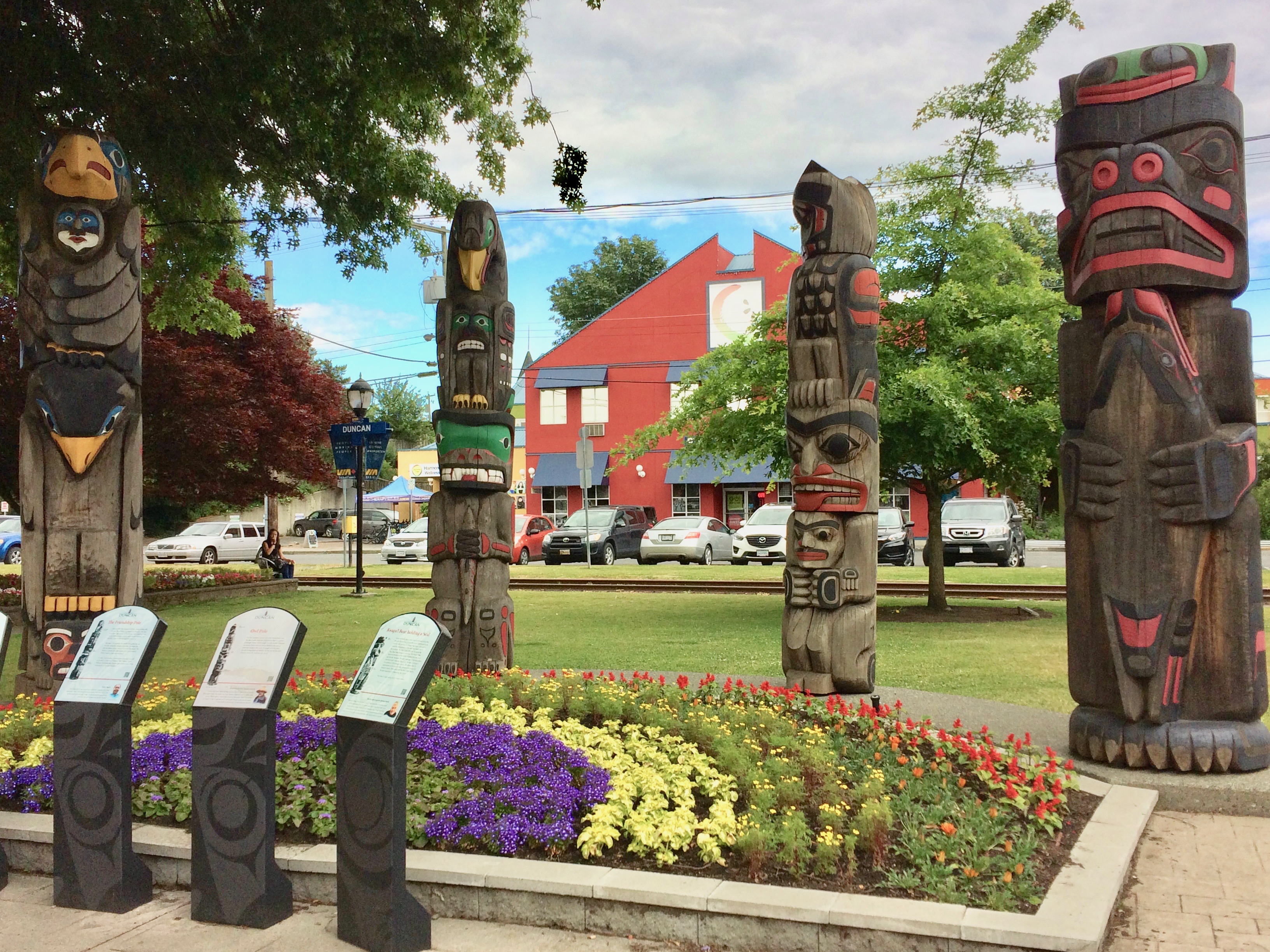