When you first encounter Helena, Montana, you might wonder how such a diversity of architectural lines could happen, from minaret to mansion in cowboy country. We drove into town on Prospect Avenue. About the time it intersected with a street called Last Chance Gulch, we knew we were in mining country. But in the distance, could that really be a minaret? 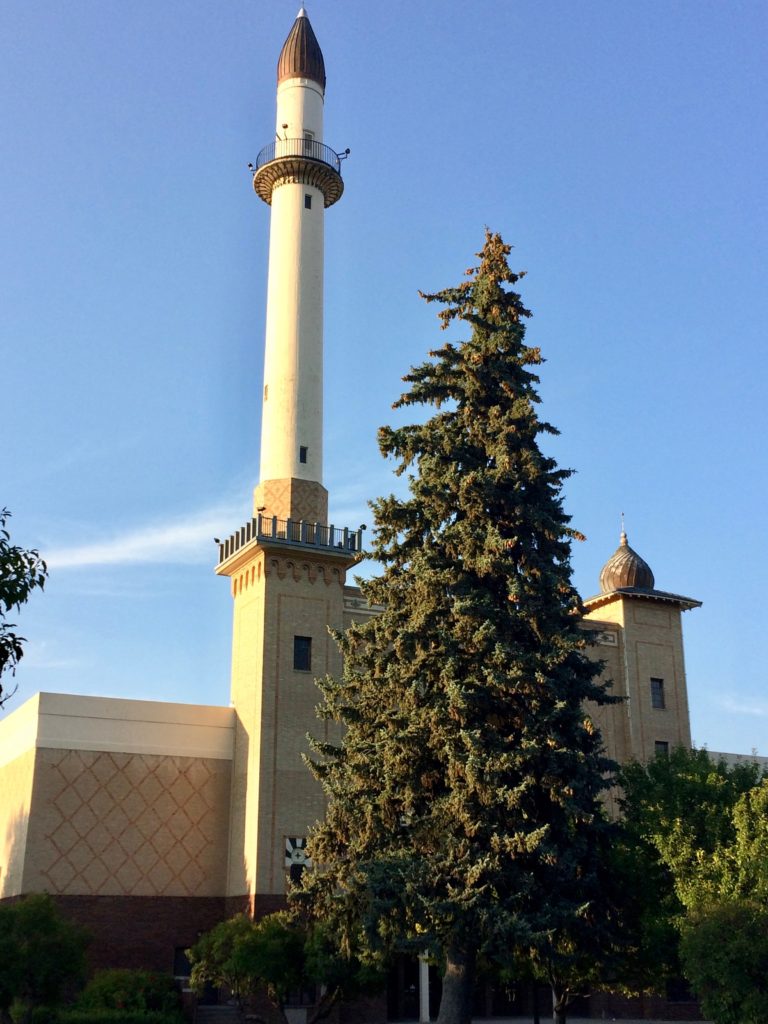 Minaret on the Civic Center

We drove slowly toward it, wondering at the juxtaposition of Islam in a western ranching area. When we read “Civic Center” on the beautifully tiled front of the building, it raised even more questions. A minaret on a Civic Centre in Montana seemed an unlikely combination of public interests.

Later we learned that during the prosperous 1920s a men’s club called the Shriners built Helena’s Algeria Shrine Temple. Built in Moorish Revival Style, it came complete with minaret and tile facade. After only a few years of ownership, however, due to the Great Depression of the 1930s the members had to sell. The city eventually bought it, and with some restoration work converted it into a Civic Centre with an auditorium and ballroom for both public concerts and private receptions. 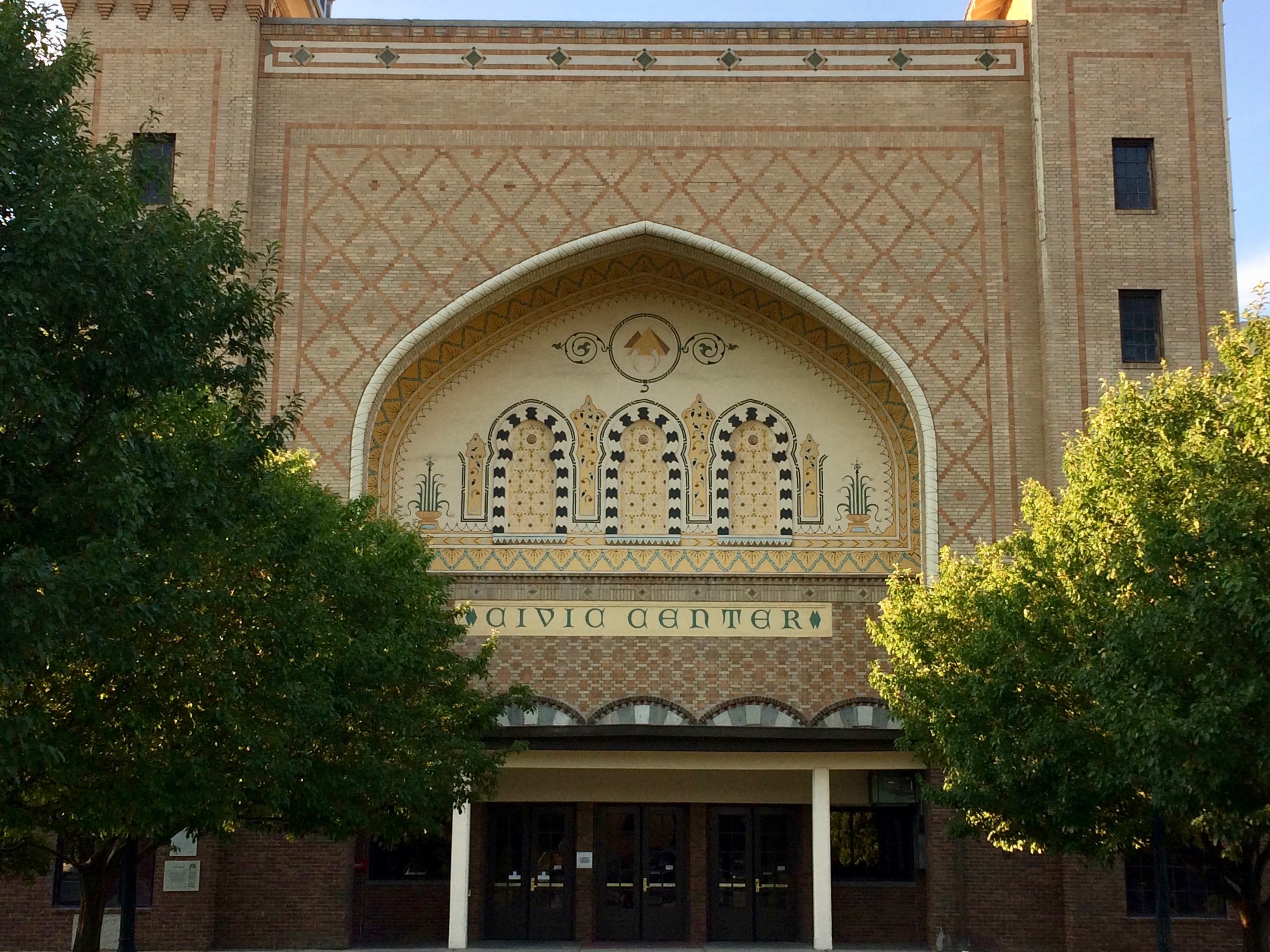 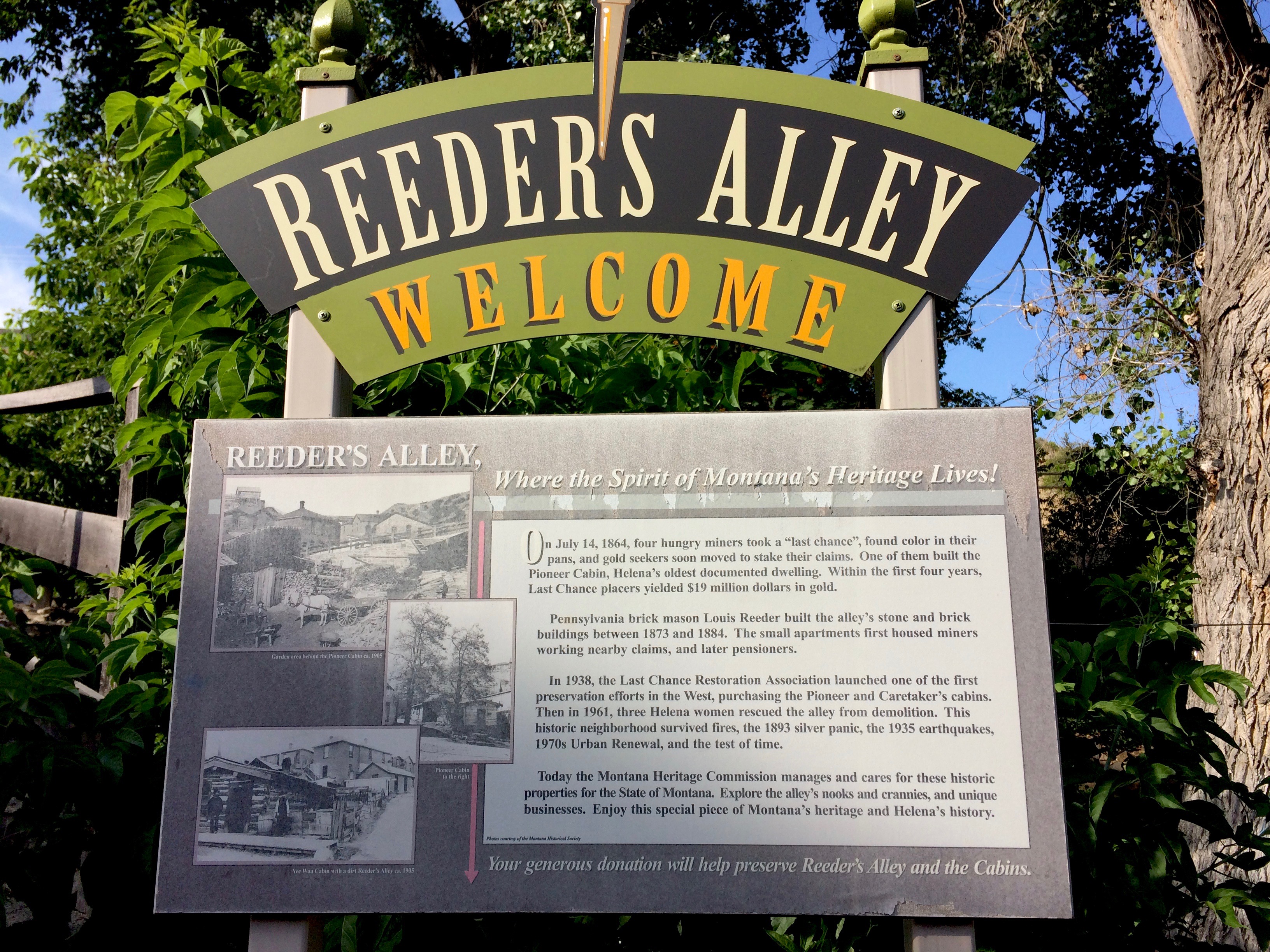 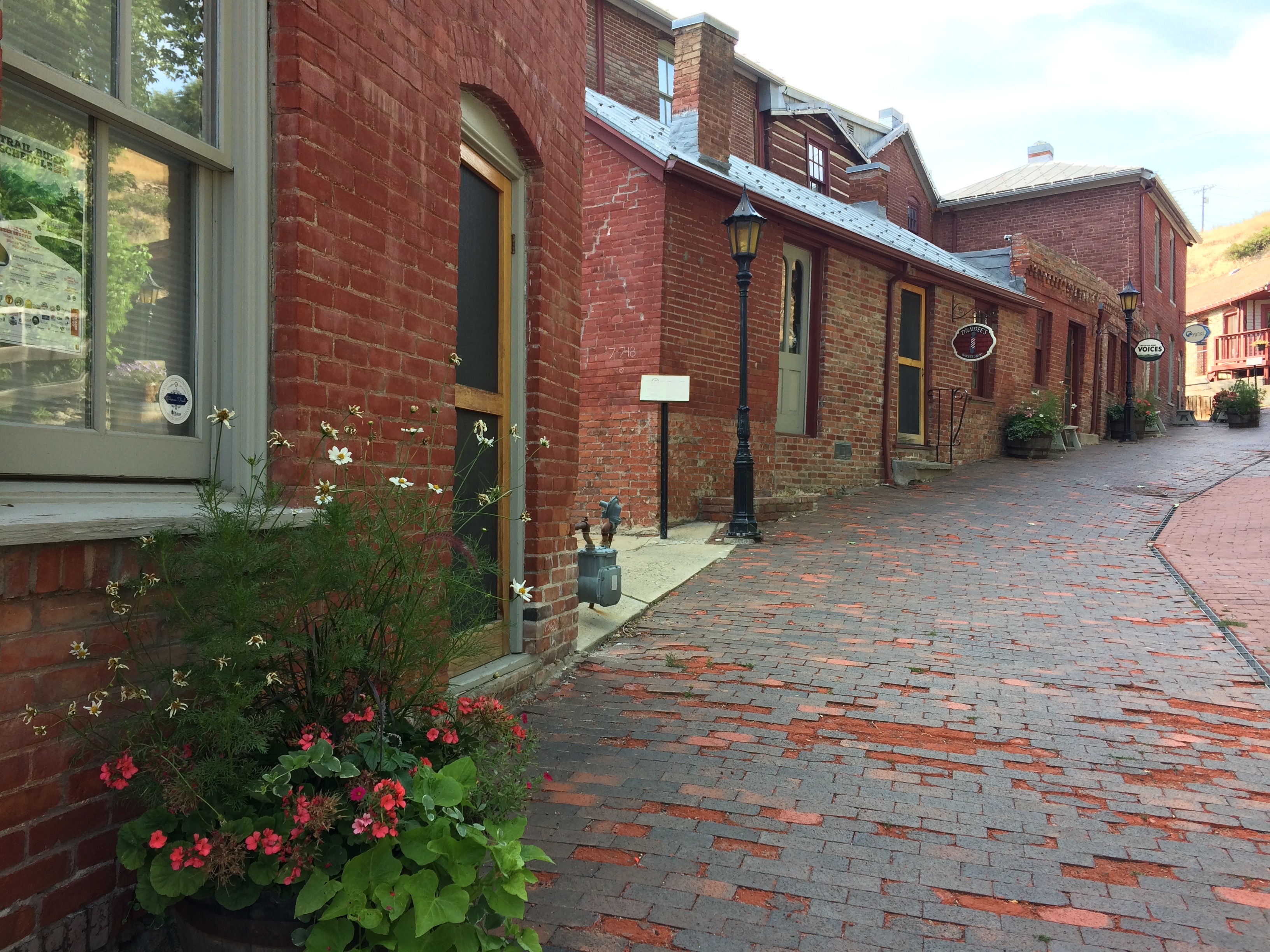 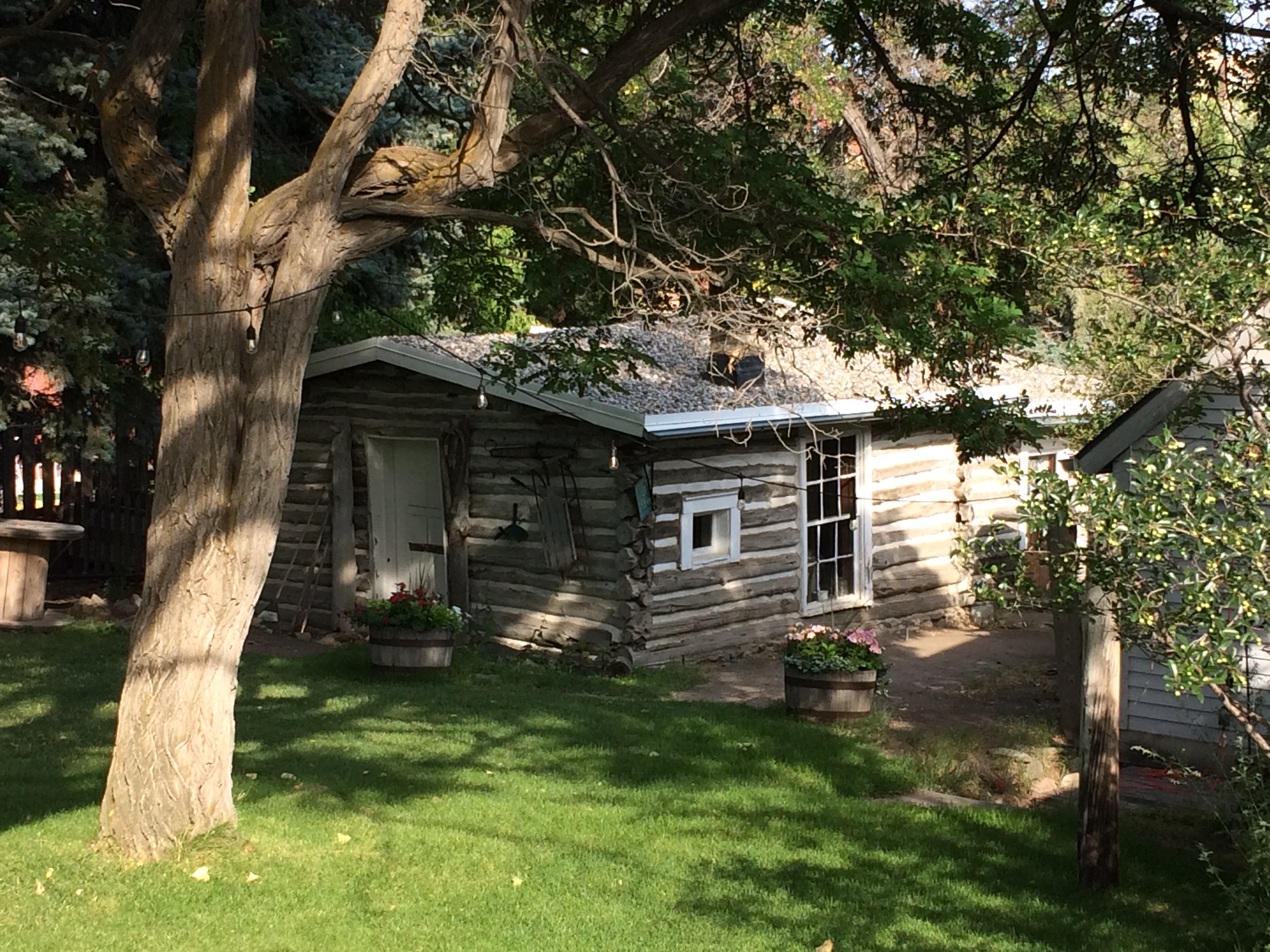 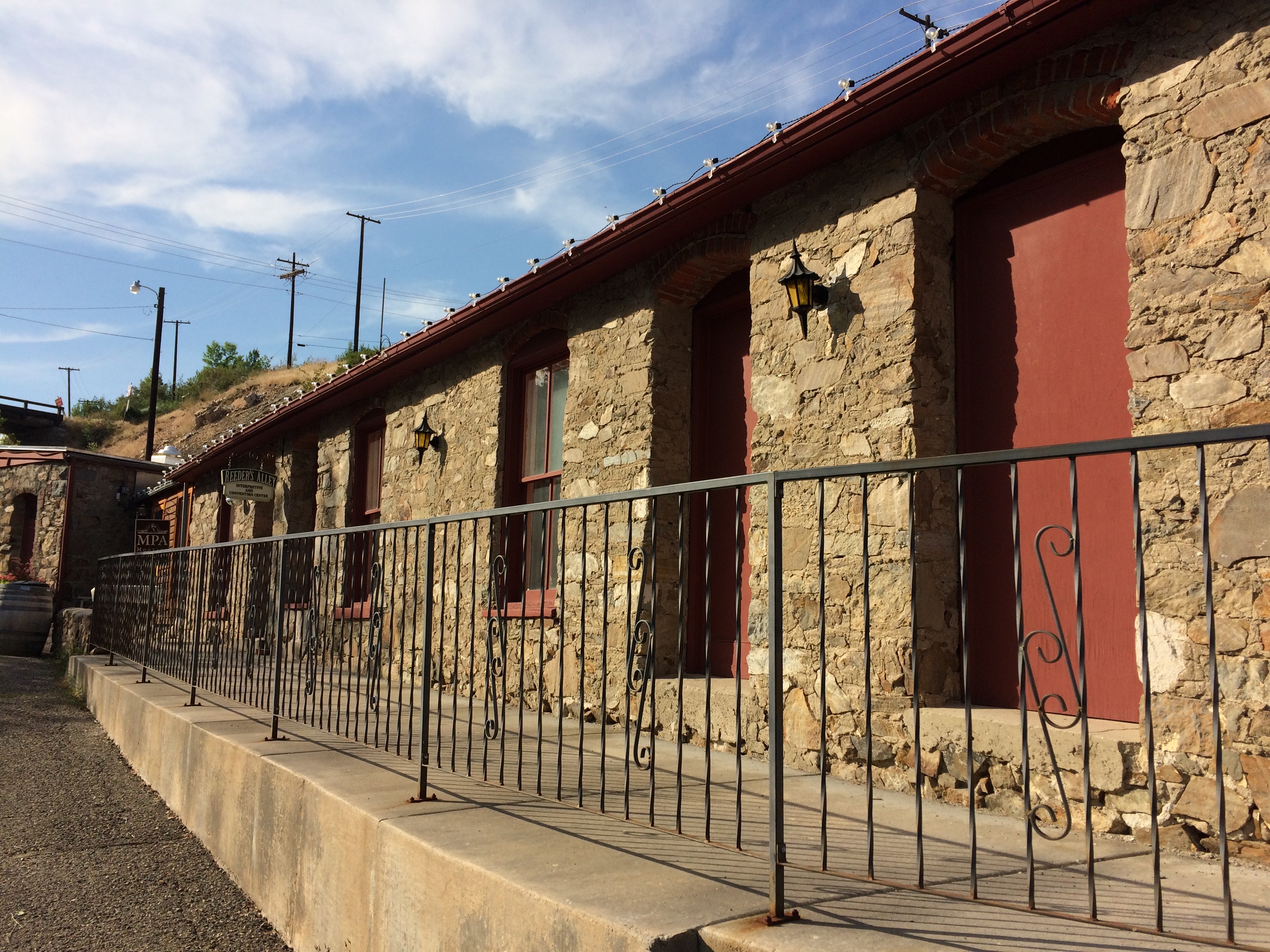 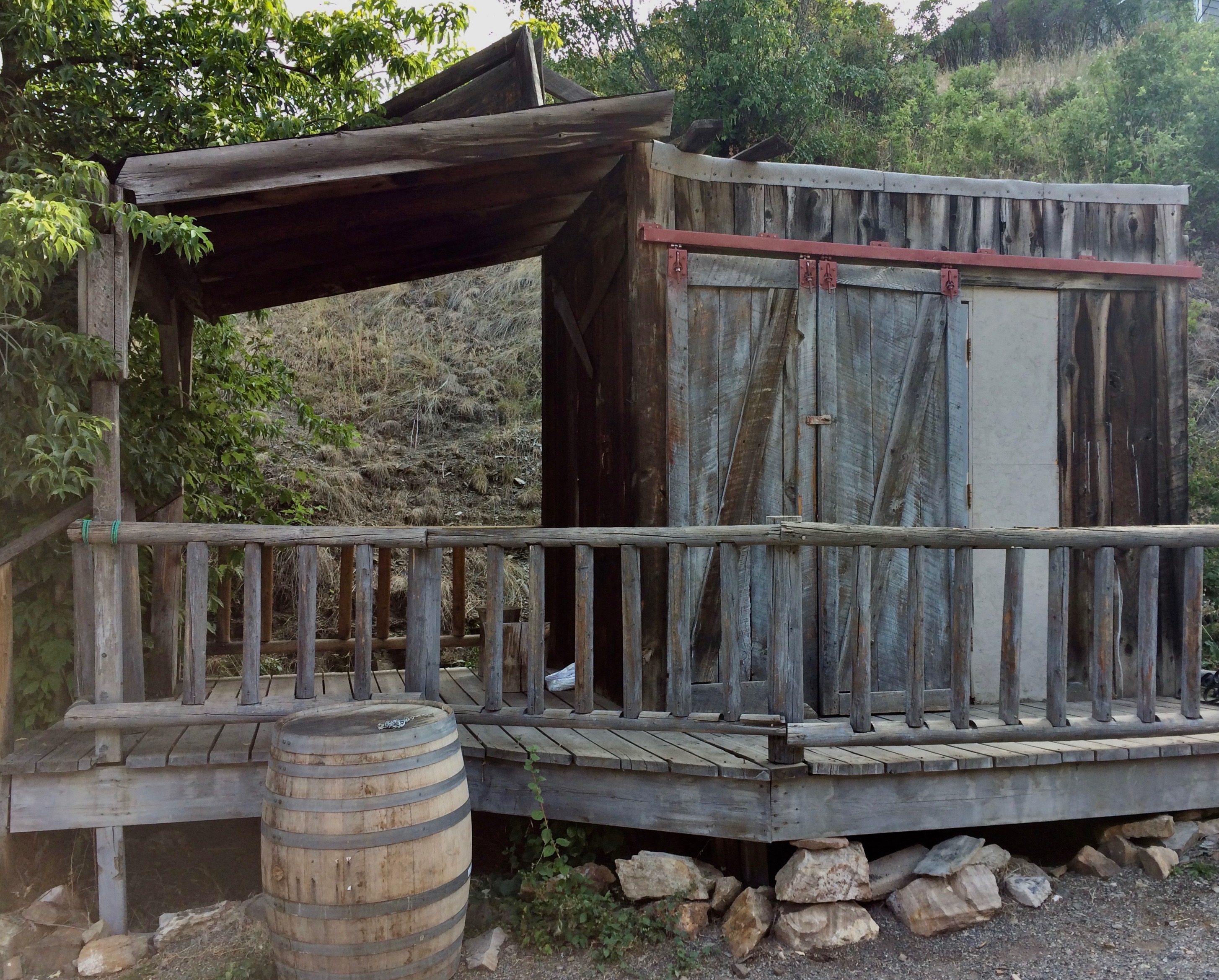 Near-by we discovered Reeders Alley where a Visitors Center contains a wealth of information about the town of Helena, past and present. Mr. Reeder was an architect during the gold rush era of the 1870 and 80s, who built a series of one-room brick apartments for the miners to live in. Recently restored, they now house offices and boutiques and a nice Tex-Mex type of restaurant with a pleasant over-look of the city park.

During dinner we enjoyed music from a concert in the park below. Afterwards we walked downhill toward the sounds and discovered a band shell and at least 500 people seated on the grass or folding chairs they’d brought with them. The city sponsors the free Wednesday evening concerts, Alive at Five, all summer long. No alcohol and tobacco are allowed in the park, so it was a far quieter and more congenial group than you’d expect to encounter at a rock concert.

The renowned cowboy artist, Charlie Russell (1864–1926), lived during the gold rush era. Even if you’re not into bucking broncos and First Nations lore, there is much to admire in his art. Helena is home to the C.M. Russell Museum, subtitled “The Art and Soul of the American West.” The museum is definitely worth a visit, but it closes early (at 5 PM), so you’ll need to plan accordingly.

The Last Chance Tour Train leaves from the C.M. Russell Museum at various times during the day. We appreciated the wealth of historical background to the city the conductor supplied; however, jouncing along on wooden seats with no springs and facing into the setting sun makes picture-taking useless. I’d advise taking the train tour first, and then exploring on your own (the reverse of how we did it). If you’re feeling fairly energetic, you can also discover Helena’s historic buildings on a walking tour.

Our city map indicated a Mansion District, which immediately raised our curiosity. On closer look, this was the district where all the millionaires built their ostentatious homes during the gold mining boom of the 1880s. The mansions today are in varying states of preservation. Some retain their magnificence, often as state-held societies, BnBs, or privately owned and obviously cherished. Others are for sale, and an occasional unfortunate has been sub-divided into apartments making for a fairly seedy presentation. All of the mansions have a recorded history, if you want more information. But here are a few I loved on first sight. 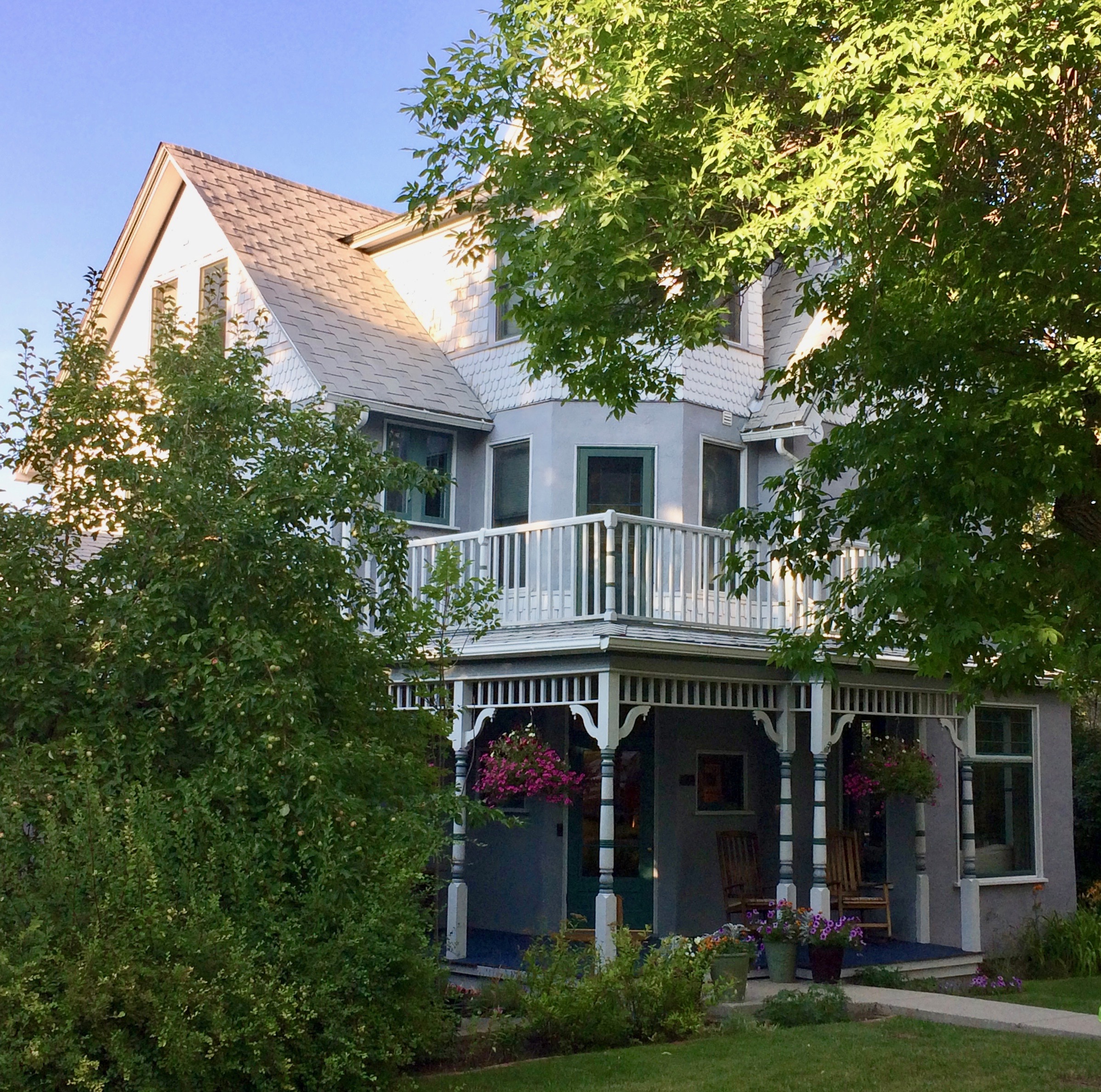 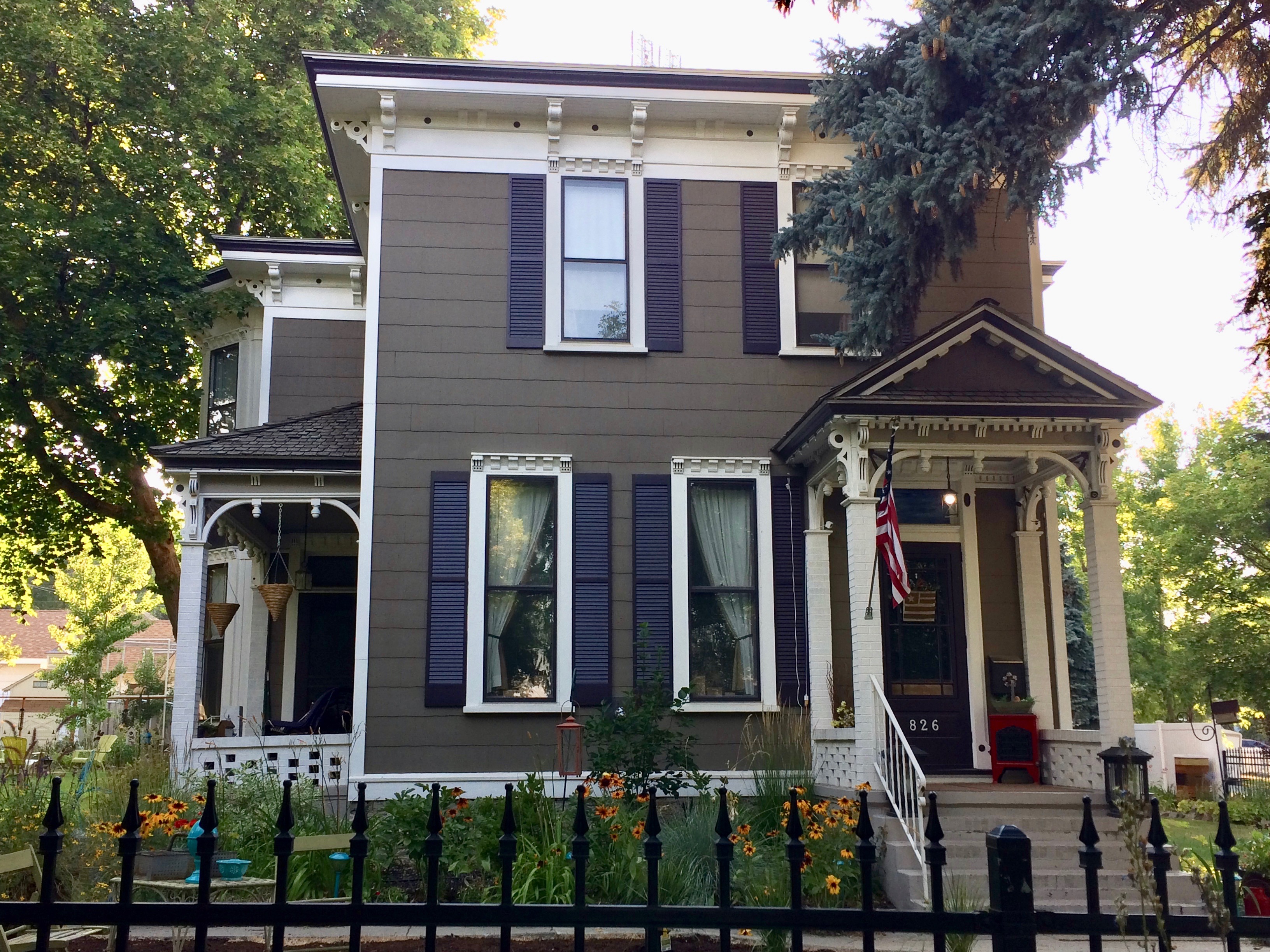 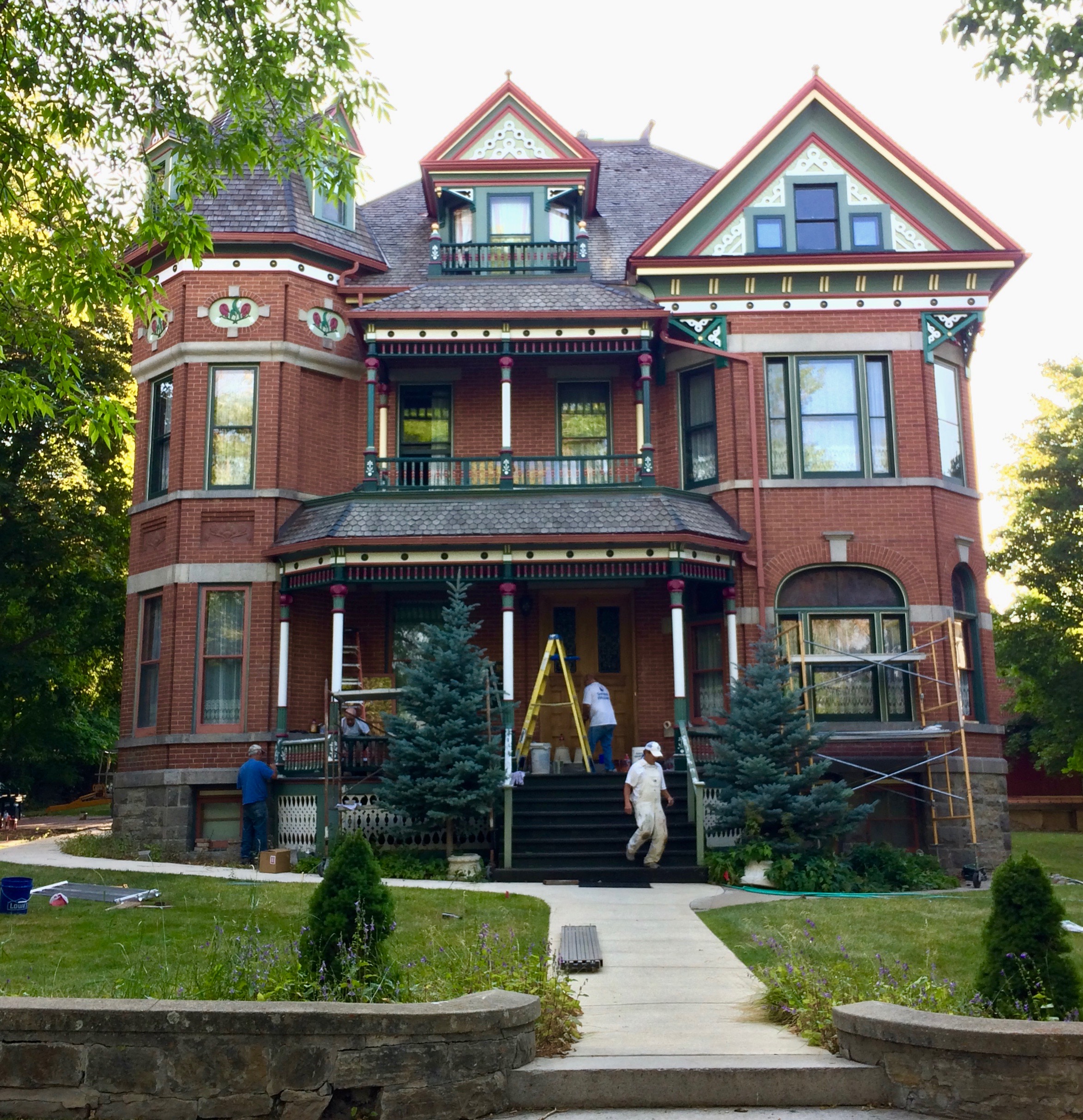 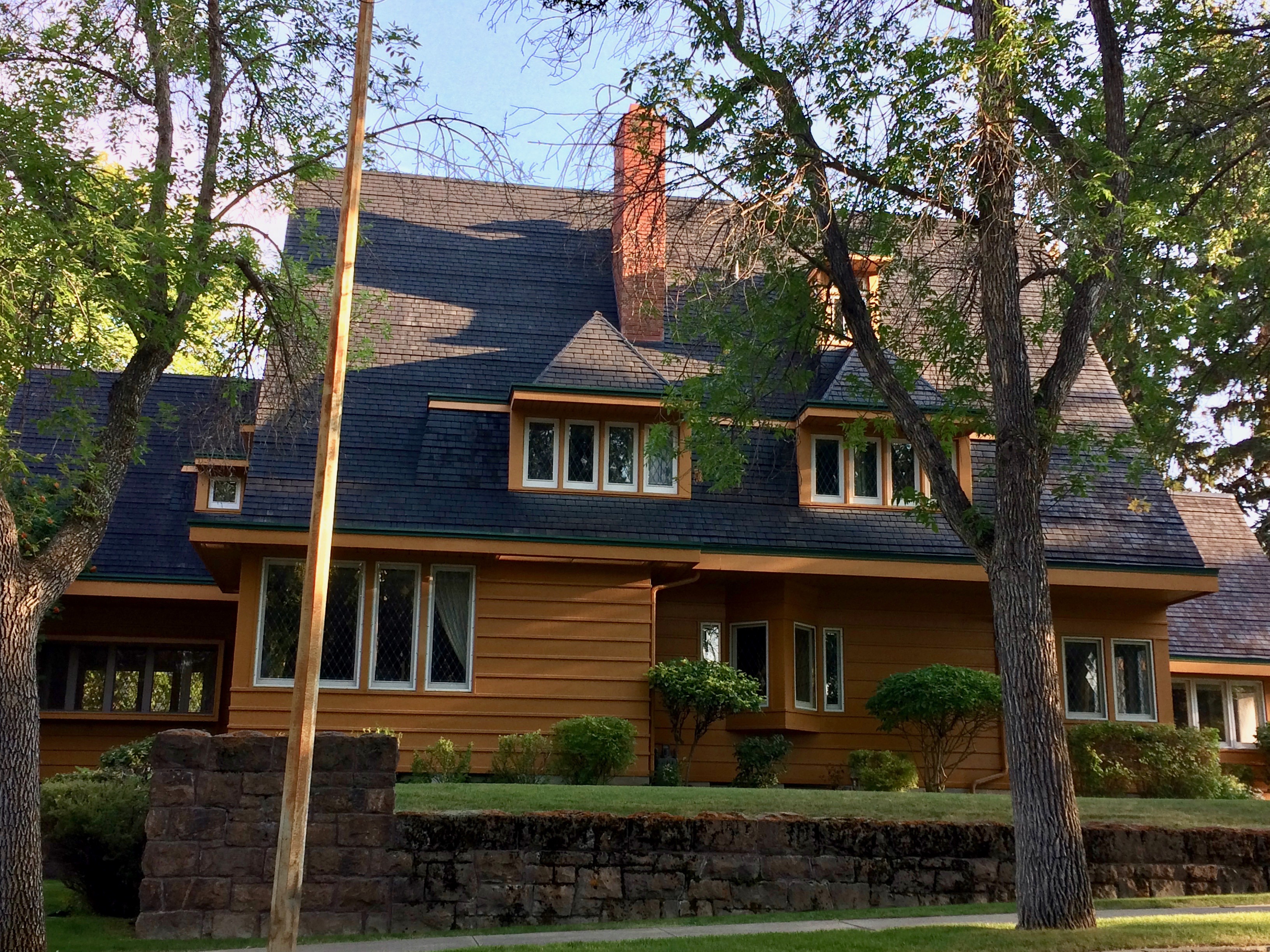 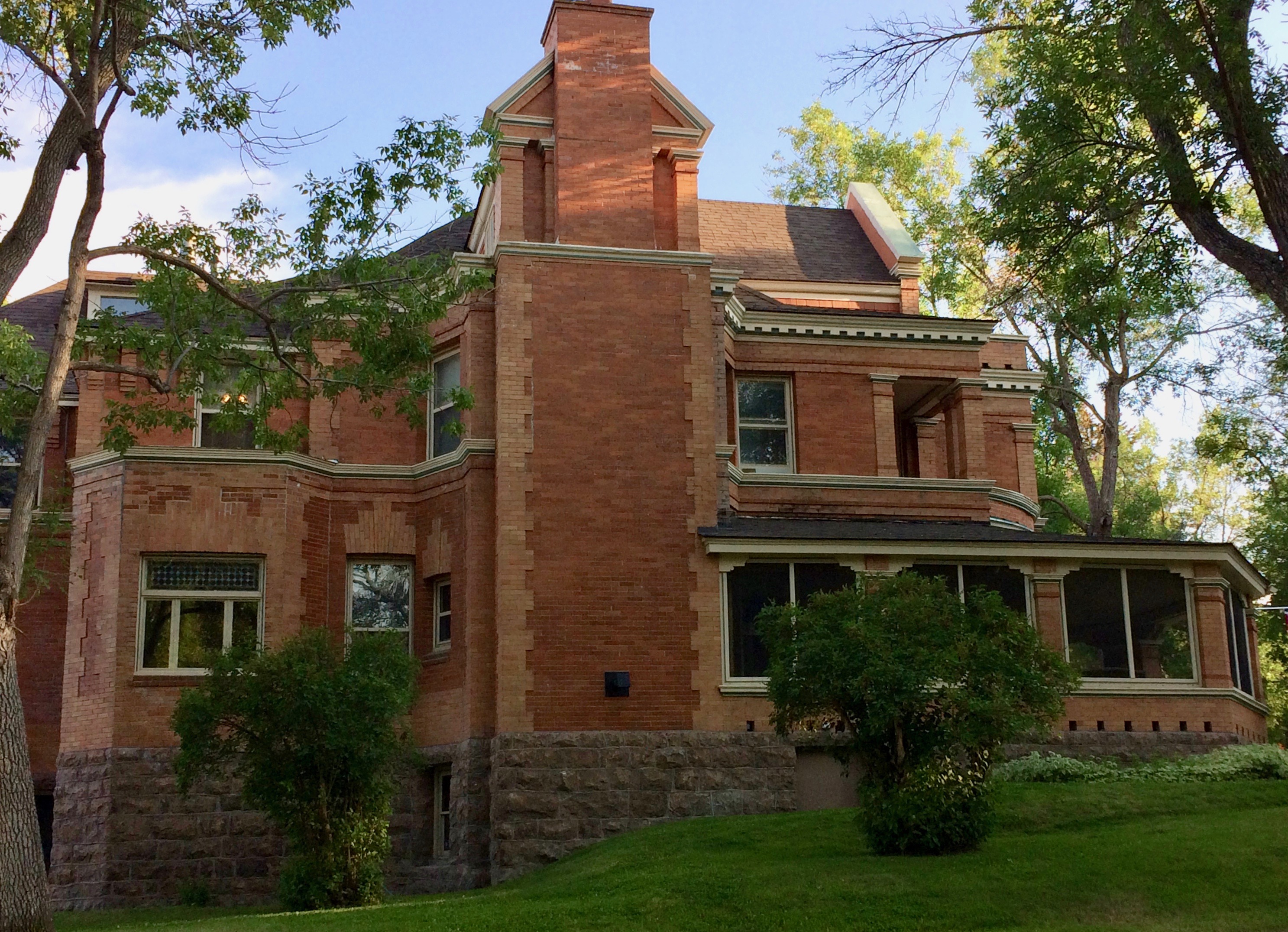 During the gold rush years, Helena reputedly had the highest per capita income of any city in the United States. The wrangling for the town to win the honor of state capital may not have been entirely ethical, but winning the bid resulted in the longevity of Helena in contrast with other towns in the state that have dwindled to has-been or ghost-town status. 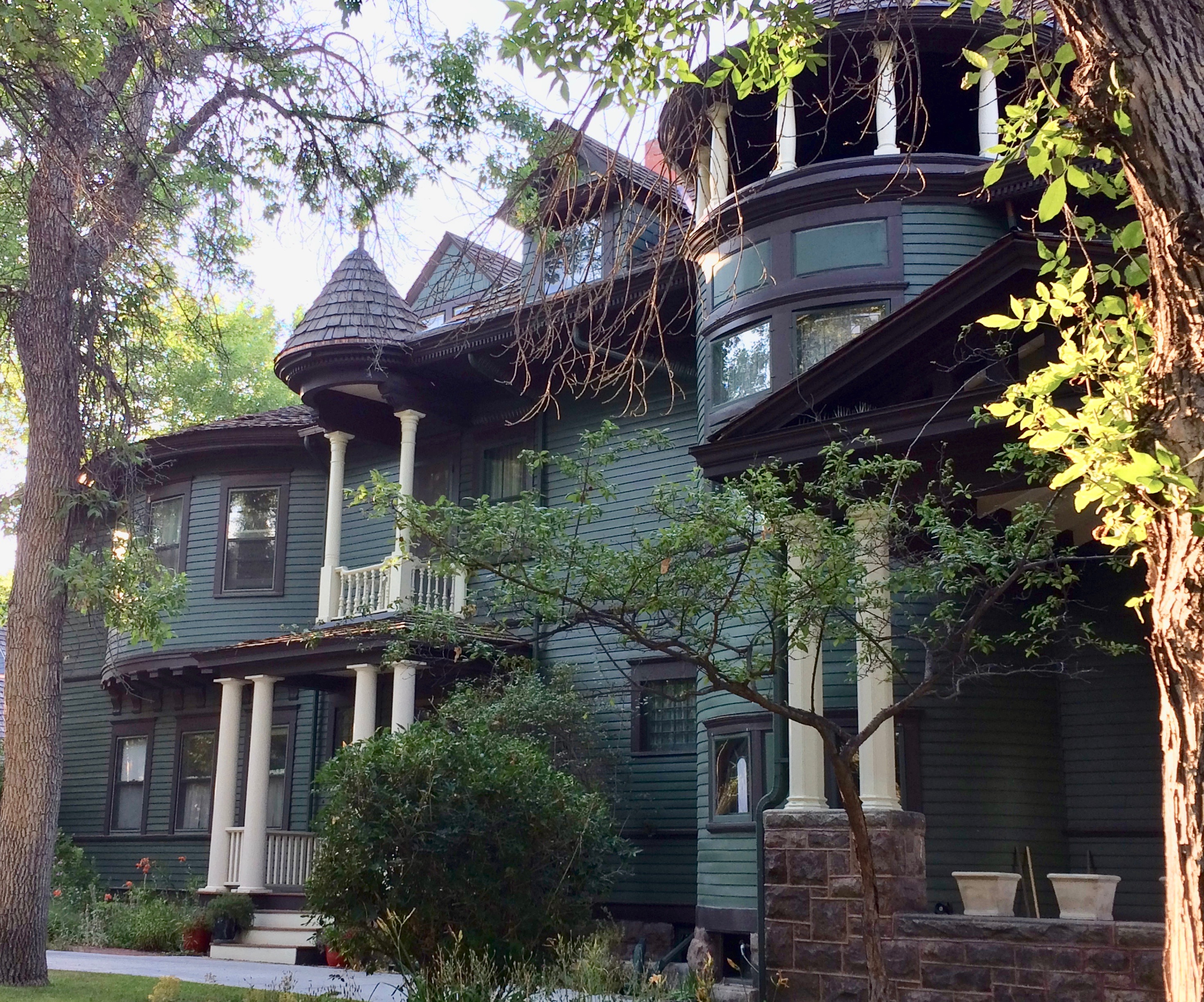 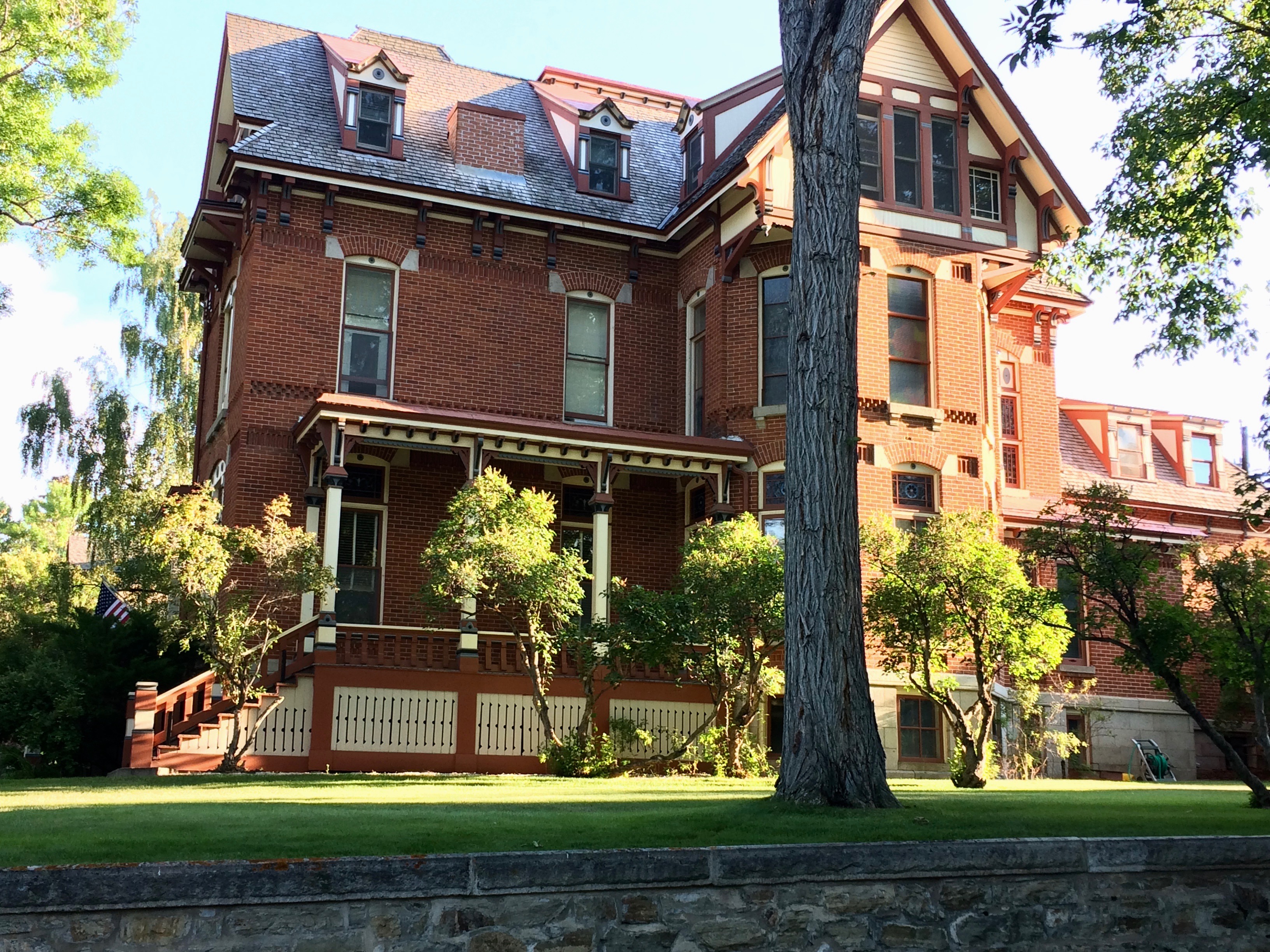 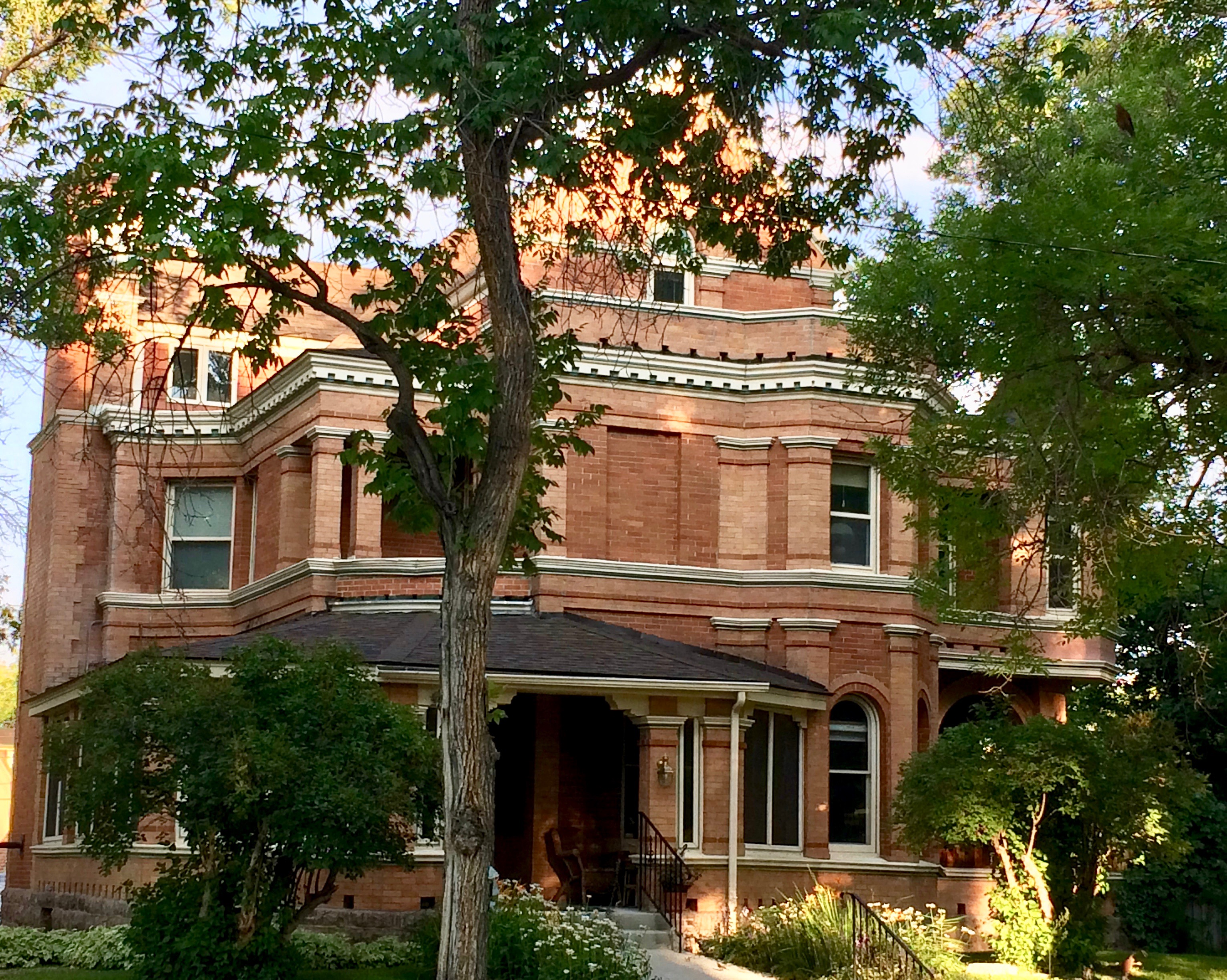 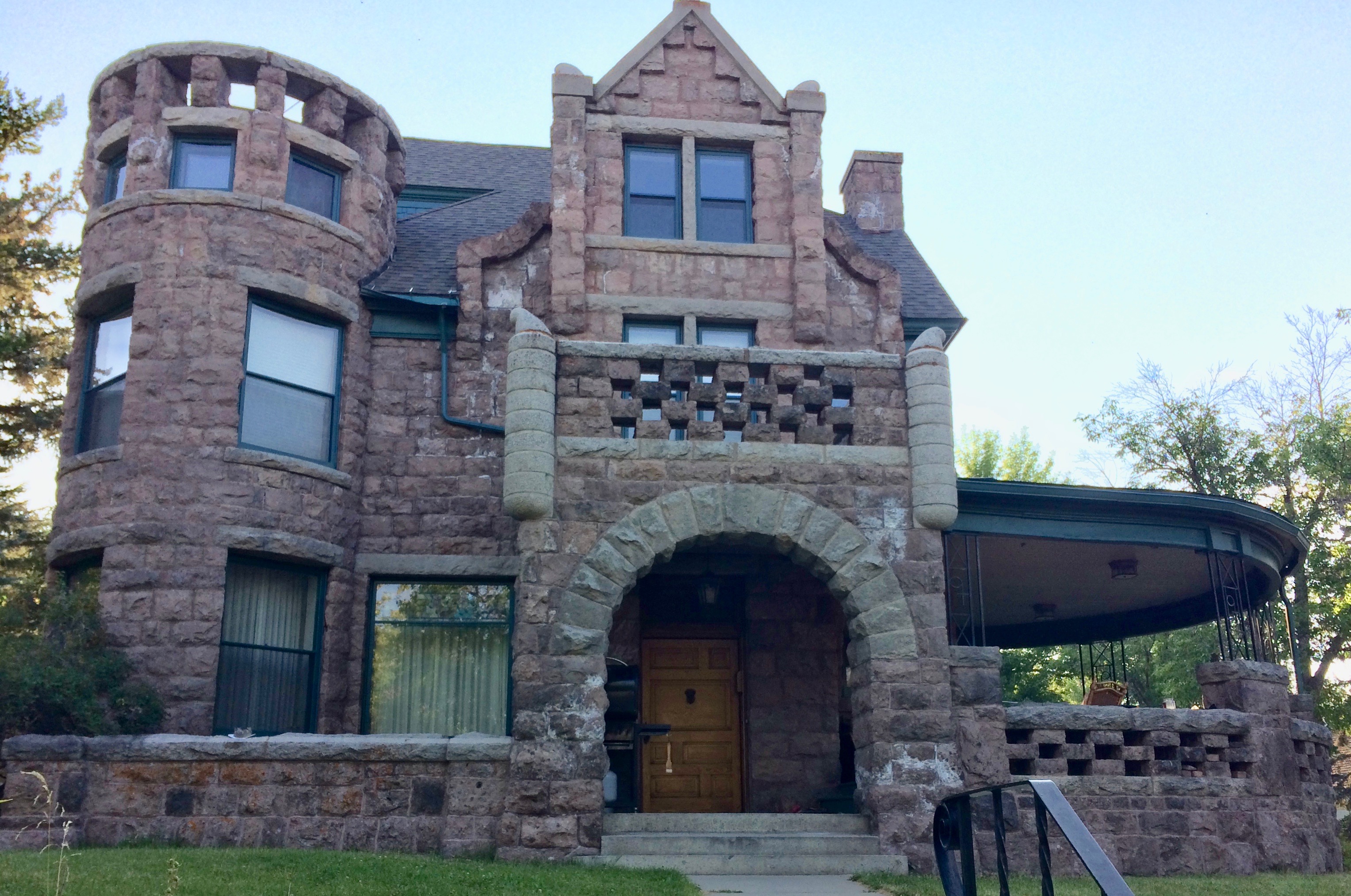 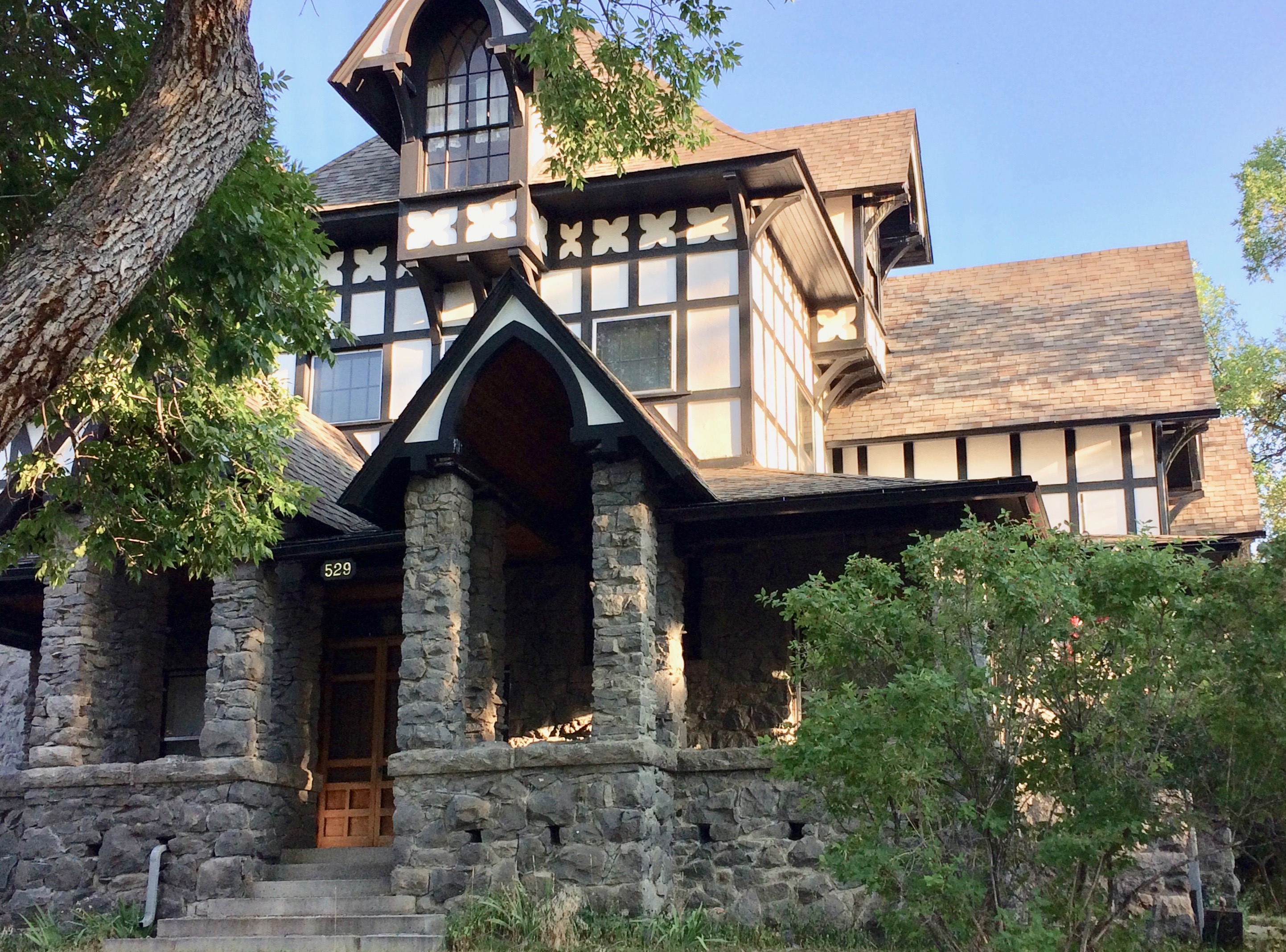