My visits to Whitefish, Montana, where I stay with my daughter, involve a juxtaposition of the sublime and the ridiculous. I’ll start with the sublime.

The little mountain town of Whitefish is located directly adjacent to Glacier National Park on the west side. The park still holds 25 active glaciers, but that’s not many compared to the 150 that were found in the area in 1850. All scientific studies of the glaciers state unequivocally that they are shrinking rapidly in size. Many reports indicate the active glaciers will disappear in our lifetime. So, if you want to see Glacier National Park along with its glaciers, amidst some of the most beautiful landscapes ever created, be sure to plan your visit sooner rather than later.

The photo below shows the autumn back-drop for one of the highway pull-outs where you can view rapids and waterfalls. 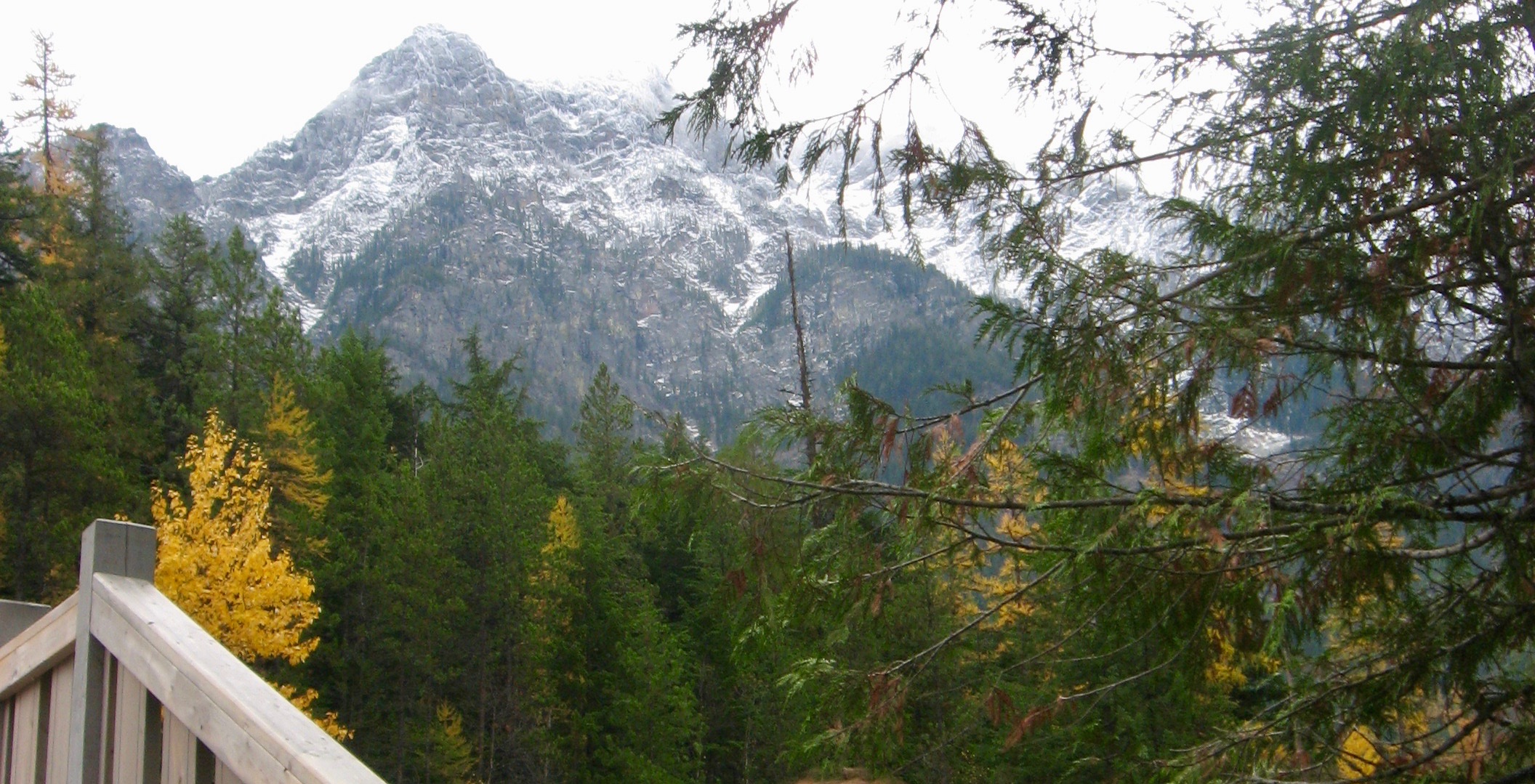 One of the most unforgettable hikes of my life begins east of Lake MacDonald Lodge. You park your car at The Loop, get on a free shuttle with a fearless driver who takes you up the (terrifying) Going-to-the-Sun Road. If you want to be the most fearful passenger in the park, sit on the righthand side of the shuttle so you can look straight down thousand foot drops all the way!

You get off the shuttle at Logan Pass, and hike down the Highline Loop trail for 11 or 12 miles through some of the most magnificent country in the world. 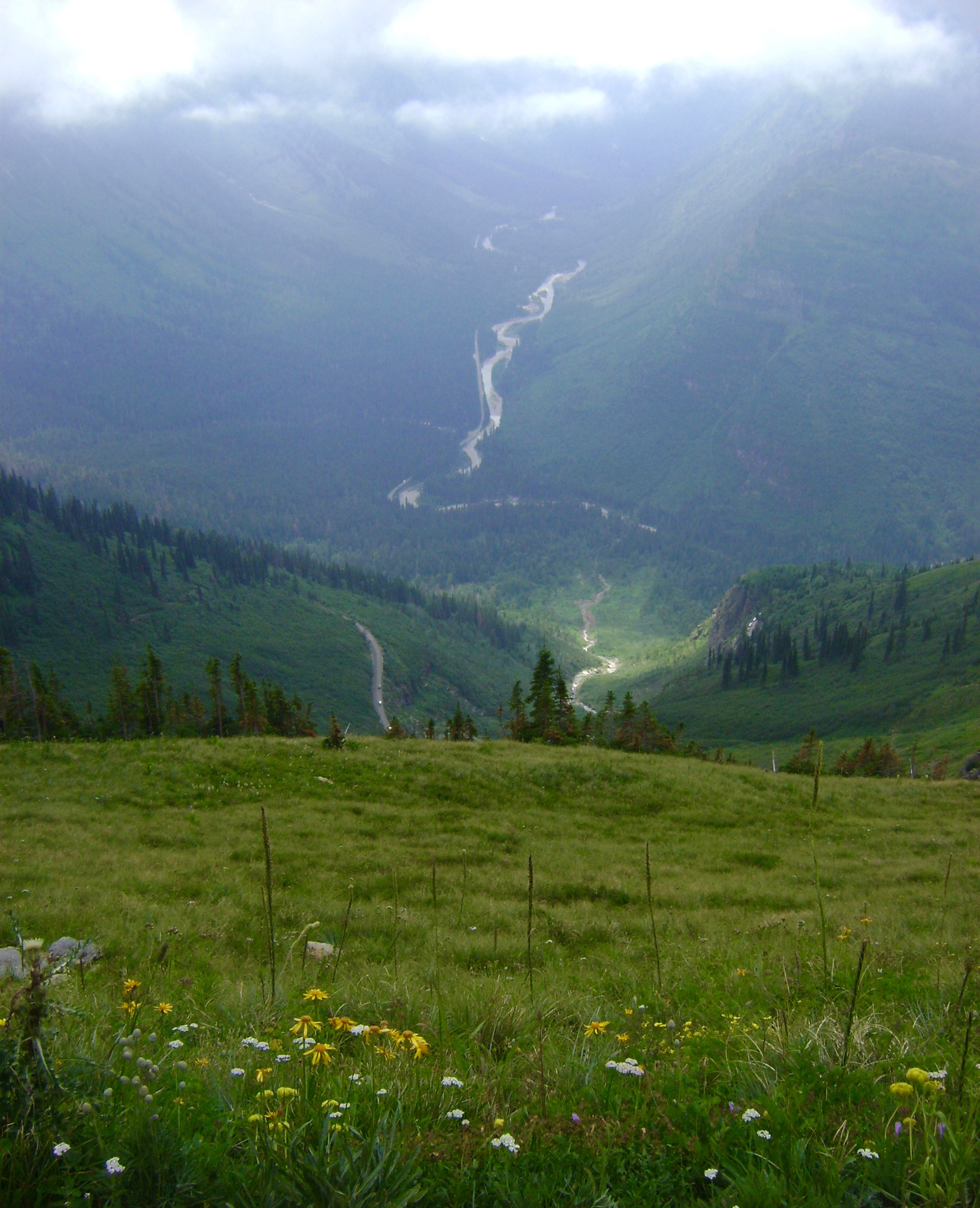 I’m going to write about this hike in my next blog, so be sure to drop by next week, but these three photos should prove that the sublime truly exists in Glacier National Park. 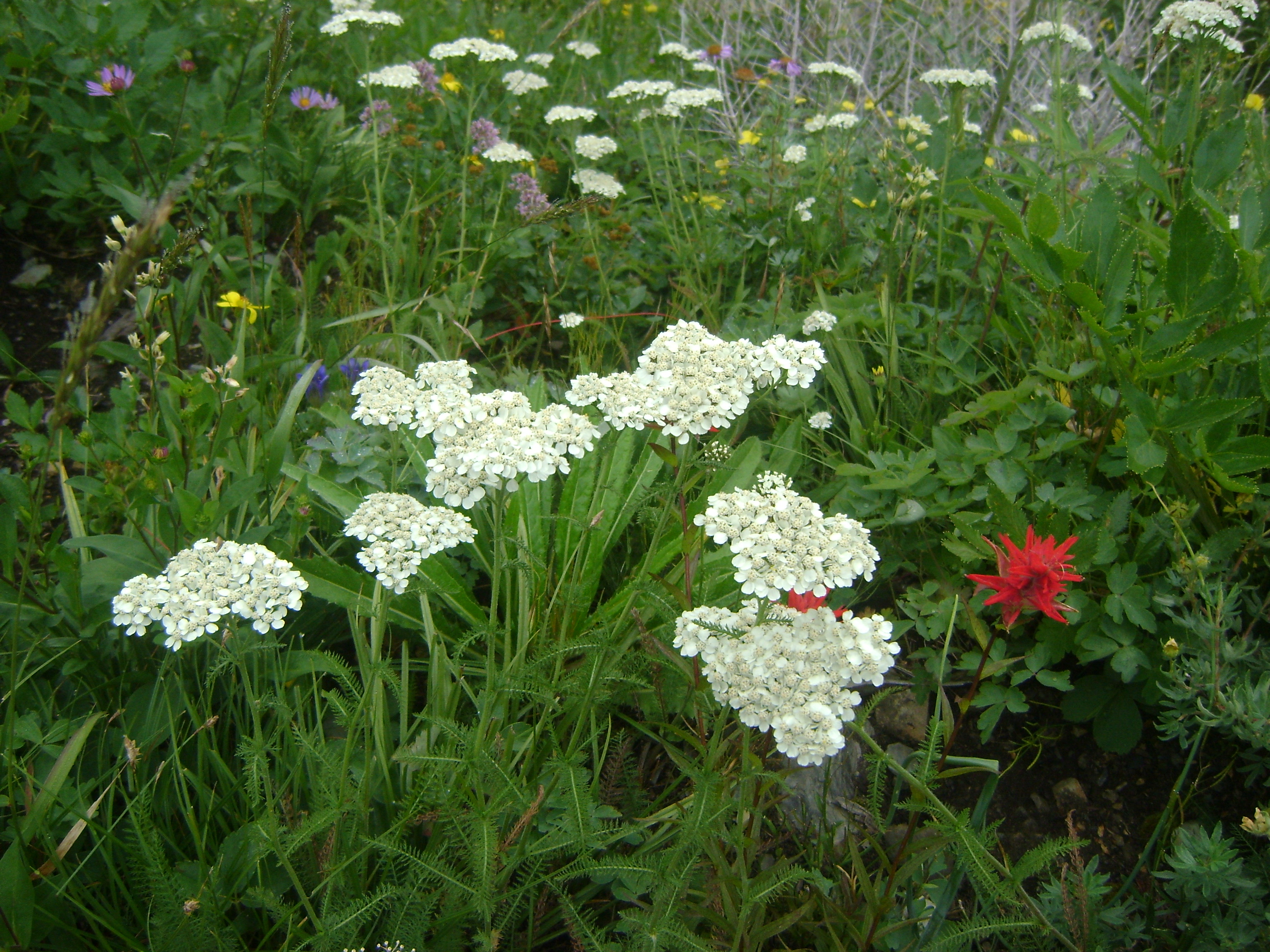 My daughter lives in an apartment that doesn’t know straight up. Actually, the locals tell us the place began its life in the late 19th century as the first hotel in Whitefish, Montana. Apparently it was built by someone who thought southwestern architecture (arches and plaster) was a good idea in the Rocky Mountain northwest. When the hotel rooms were combined into apartments, the result was three of the most strangely configured apartments ever created. The closets are so shallow they don’t accommodate modern hangars. The kitchen counter space measures a 21-inch triangle.

The first time I walked in the front door (which opens directly into the bedroom, BTW), I entered a liminal zone in which up and side-ways are confused. When I get out of bed in the morning, I can slide straight from the bedroom into the bathroom. If I read a book on the living room sofa in the evening, when I stand up, I tip south towards the bathroom and have to clutch the door frame. This means that if I try to walk from the bedroom through the living room to the kitchen, I can’t help smacking into the bathroom door.

Most astonishing, however, is the way the south deck is progressing little by little down a very steep grassy slope to the beautiful Whitefish River valley. Eventually–maybe only a matter of decades, who knows?–the structure will come to rest on the shoreline to become an historic blotch on a pristine landscape.

Don’t think of this as some kind of twilight zone in which nails mysteriously emerge from the hardwood flooring at night and cracks appear in the ceiling where none had been the day before–although this does happen. And please don’t anyone say, “she lives in a stupid apartment with a good view.” That would be too reductionist! (Although true!)

Here’s the thing: I can watch white-tailed deer wander the hillside while I’m luxuriating on the living room sofa, a cup of tea at hand, the latest Louise Penny novel on my lap. You’re imagining a large-paned front window, aren’t you? No. I’m seeing all of this through a laundry/closet. The window at the far end of this tiny dual-purpose room is exceedingly narrow and high but looks out to the Whitefish River valley. Since the living room floor tips south into the bathroom, as I said, I have to tip my head at a bit of an angle to put the deer into proper perspective, their feet planted perpendicularly in the tall grass.

But there’s always a price for beauty. Right? And in this case the price is rather low. Given the going rental prices in the area, this ridiculous apartment is about the right price for my young professional daughter.