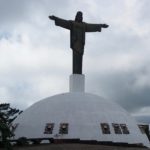 I can tell you how not to take the teleferico in Puerto Plata to the top of Mount Isabel de Torres. I am equally well-versed in the most unpleasant way to see the Puerto Plata Christus and gardens on top. Simple. Visit on a day when the teleferico isn’t running. We assumed that if the official website says the teleferico is open from Monday through Sunday with hours from 8:30 am to 5 pm daily, that’s what we’d find. Nothing on the website indicated closure dates, so you’d have to be as lucky as we were to choose a day the cable car was not operating.

We left Cabarete nice and early to get an early time slot, but as we approached the teleferico ticket office we saw a lot of men standing around. They announced that the cable car was being repaired and would be out of commission for three days or more. They insisted that the site was open, but the only way to get to see the Christus and the gardens at the top was to hire one of them for a princely sum to guide us to the top. I said, “No way!” But I was outvoted.

The guide got into the backseat of our car and we began the winding trip through the back-roads of Puerto Plata. The road is paved; however, the ascent is so steep that the engine of my compact car began to over-heat. I wondered at times if we’d make it up the 2, 565 feet to the top. We passed straggling groups of people hiking up the mountain, but you’ve got to be in fairly spry condition with a lot of time to spare in order to undertake that kind of exercise.

The 360 degree view of the countryside was an excellent experience. But other aspects of this remarkable site for the replica of the Rio de Janeiro’s Christ the Redeemer statue were underwhelming to say the least. 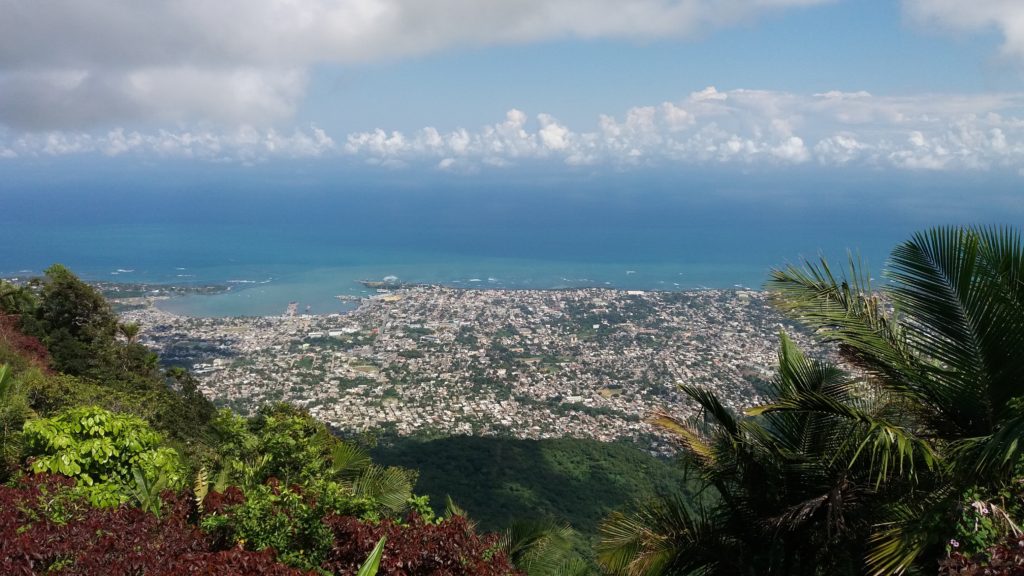 When we arrived in the parking lot at the top, we discovered that the area was essentially closed. A few other visitors had also driven to the top, each with a “guide.” No restaurants or museums were available, and only a couple of the shops were open. (I bought a deck of playing cards for 250 pesos; my friend bought the same deck of cards from the same store five minutes later for 125 pesos.)

I had read that the gardens at the top were very beautiful, and I thought a slow day might be a good time to explore them. Maybe they are beautiful in some other season of the year, but on the February day of our visit, they needed all kinds of care they weren’t receiving. 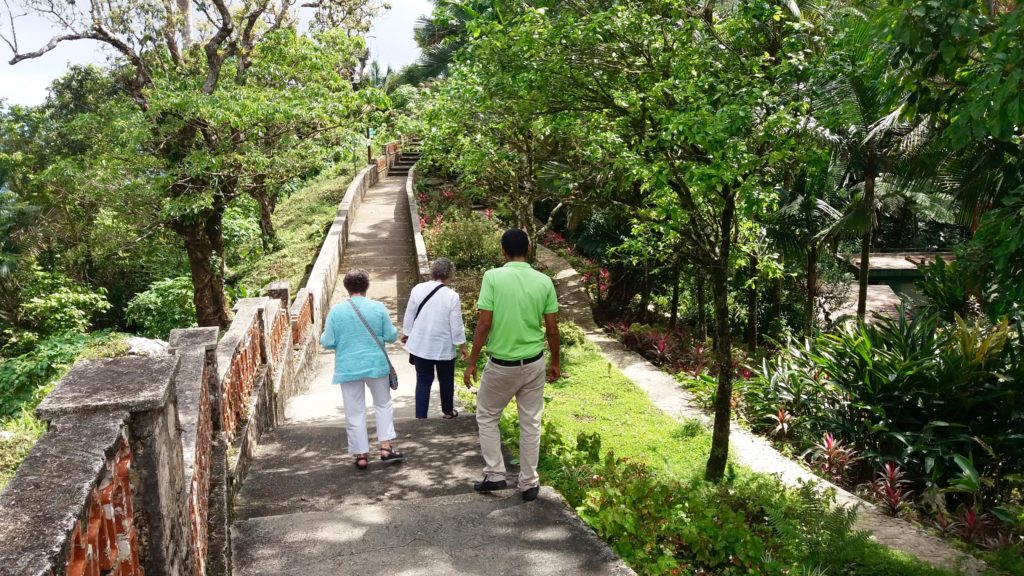 The path at the top

Our ever-vigilant guide tailed us along every step of the way. Often when I would start down a path, he would say, “Not open, come back.” Sometimes I’d keep going, him on my heels, and I found he was usually right. The path would end in a derelict structure, someone’s good idea that had not been maintained and had fallen into ruins.

The long way back 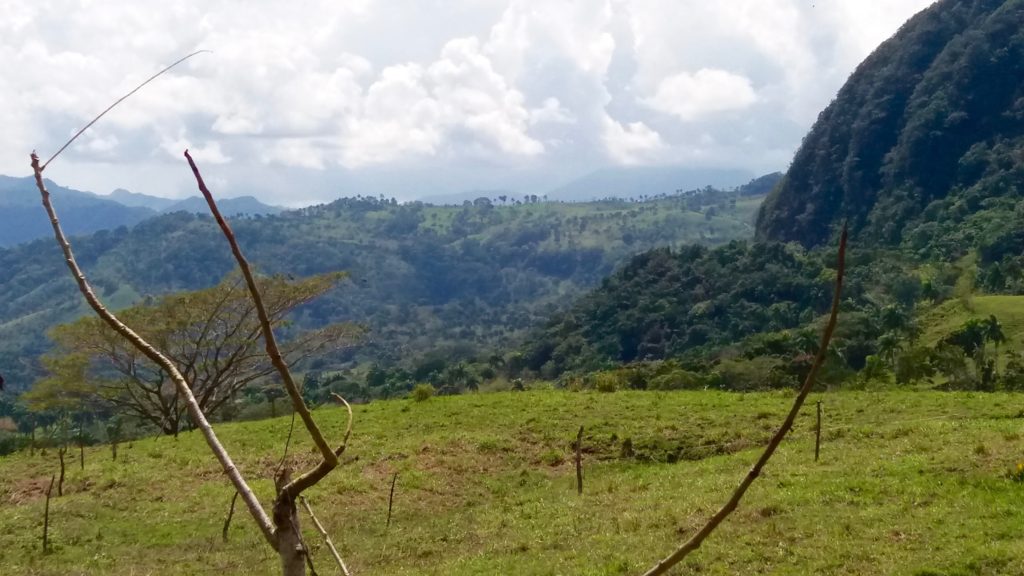 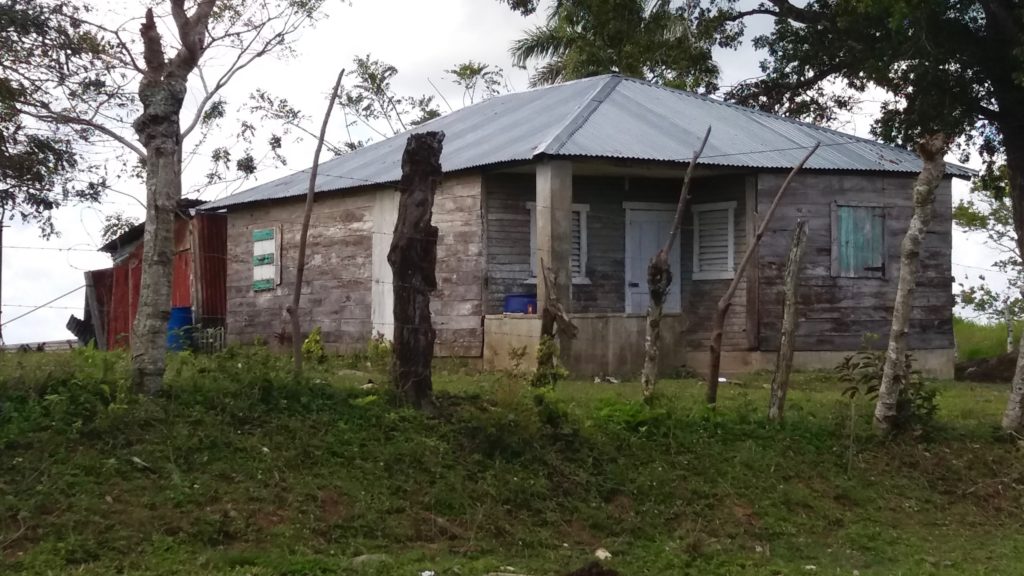 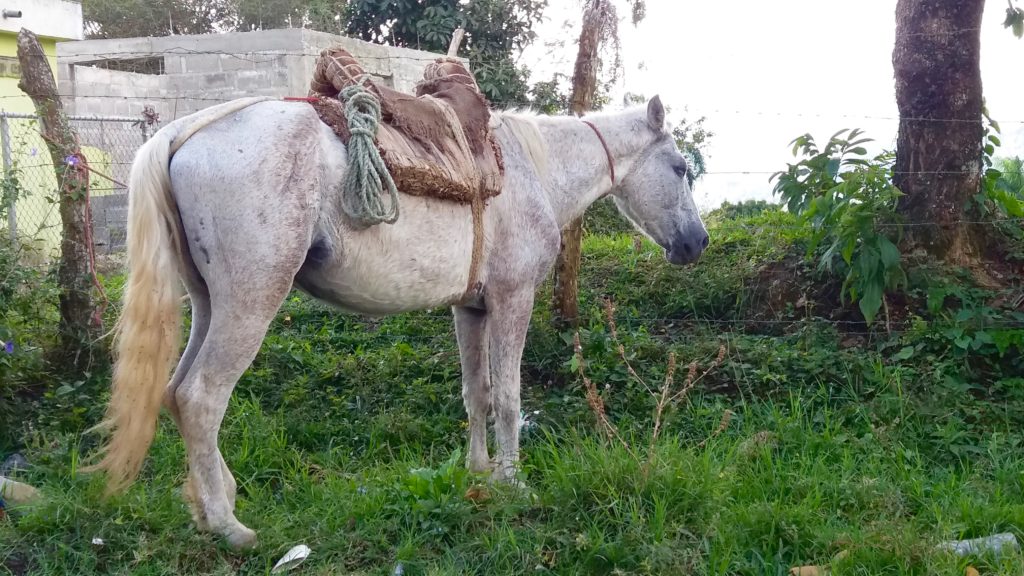 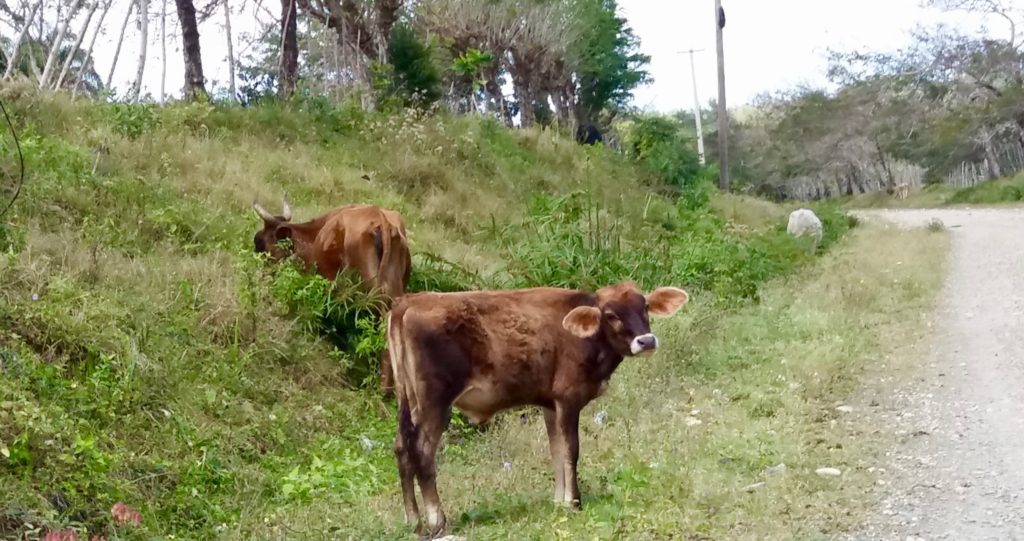 The disappointments we had experienced to this point, however, were eclipsed by the trip back down the mountain. I kept the car in the lowest gear so I wouldn’t have to ride the brakes, but after a very short distance we could all smell them over-heating. I was worried. It was entirely possible that we’d end up in a pile at the bottom with no brakes at all.

I’m grateful to the guide for one thing. When he smelled the brakes, he offered to show us an alternate route down the mountain that wasn’t so steep. From one point of view it meant a couple of hours hard driving on a narrow, bumpy, winding country road that meandered over hill and dale.

From another passenger’s point of view, we were given a rare opportunity to view more of the rural life of the Puerto Plata environs than most tourists can imagine! So we made lemonade from the lemon of a day we were handed and enjoyed the fresh air and the views of country life on the other side of the mountain. I’m not sure the guide was as happy as we were. 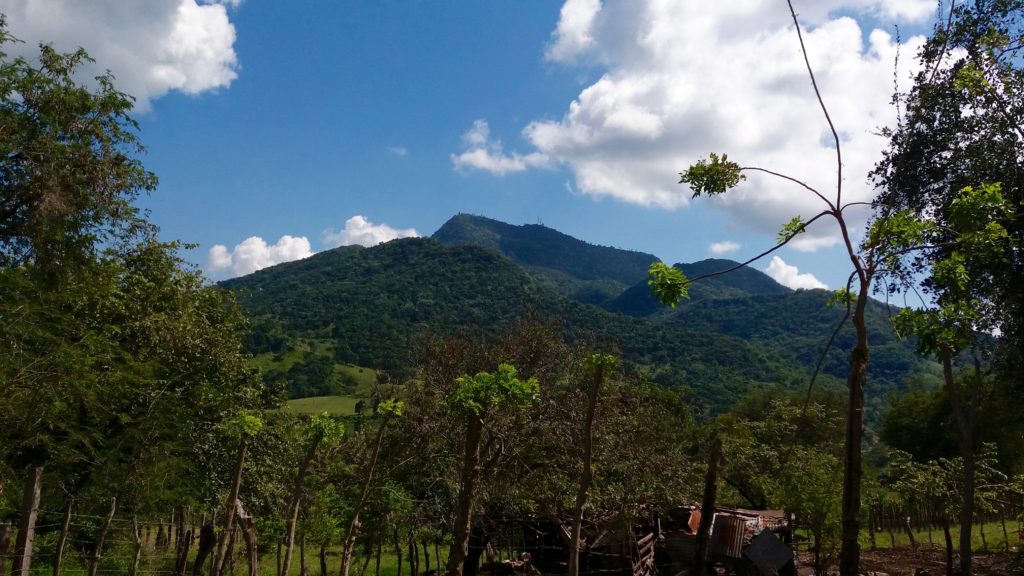 I’m sure all my readers want exactly the same experience we had, so remember this narrative for all its pointers on how to take the longest road down.