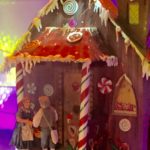 On weekends throughout December a professional company performs the Christmas operetta Hansel and Gretel in Parque Iberoamérica outdoor amphitheater. We happened on the opening night, which was a free performance and enthusiastically attended by families who brought their children. Initially the stage was bare, with a suggestion of forest. When the expected curtain time was substantially delayed, the children in the audience demonstrated their eagerness for the show to begin by clapping, and the adults joined in.

Much of the show is lit with color screens and almost all of the scenes had some degree of fog blown in. This helped create the fantasy mood, but it made it very difficult to photograph! I hope you can see through the haze. 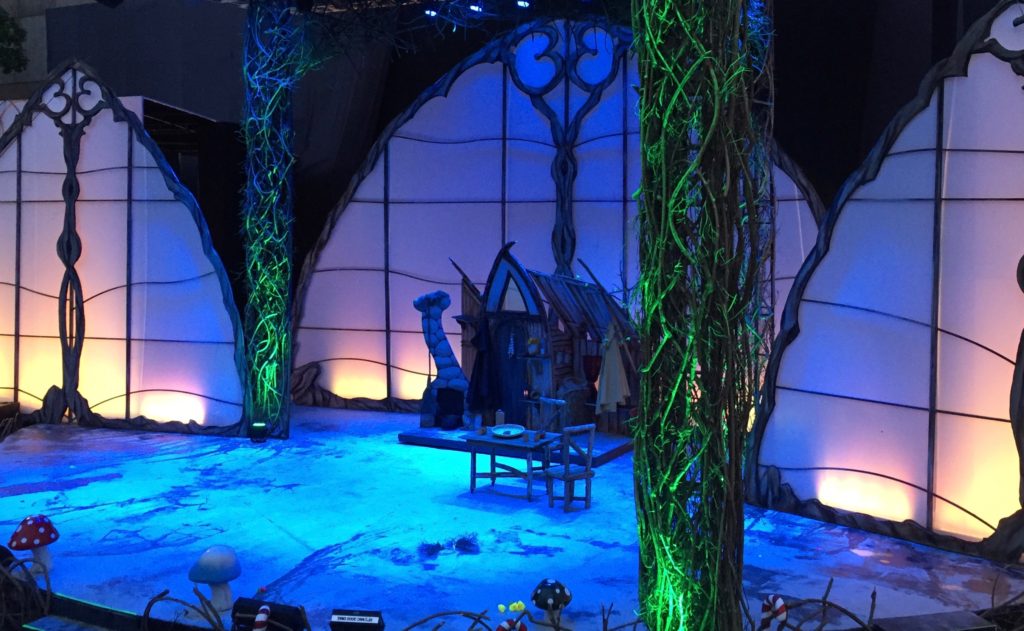 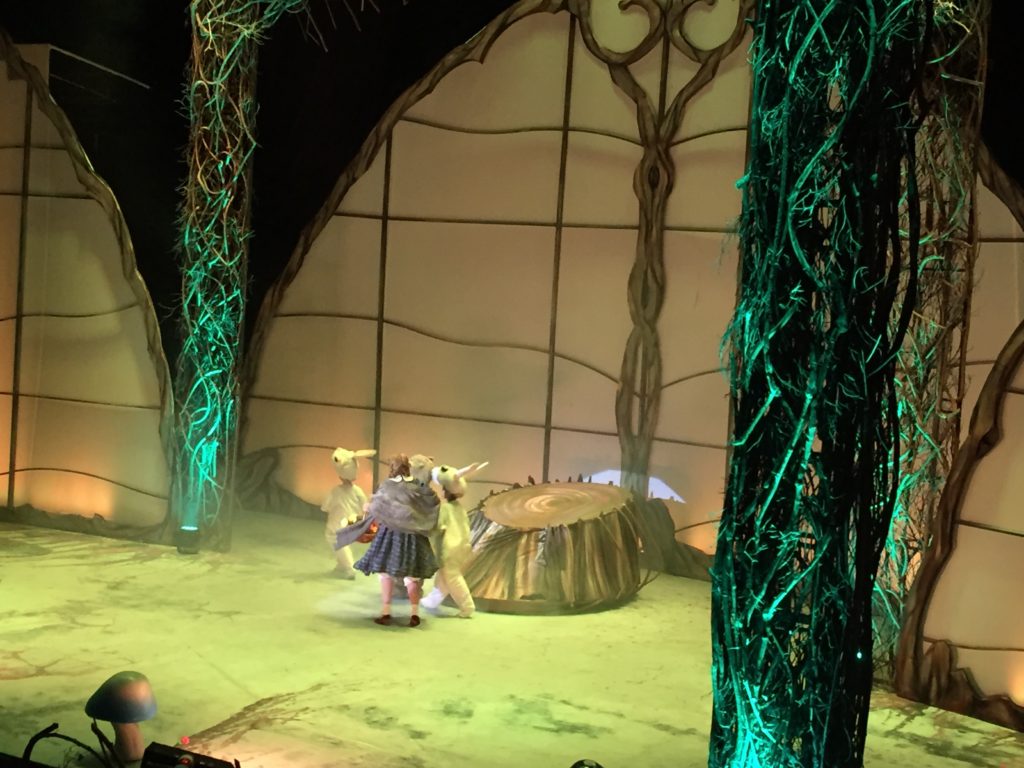 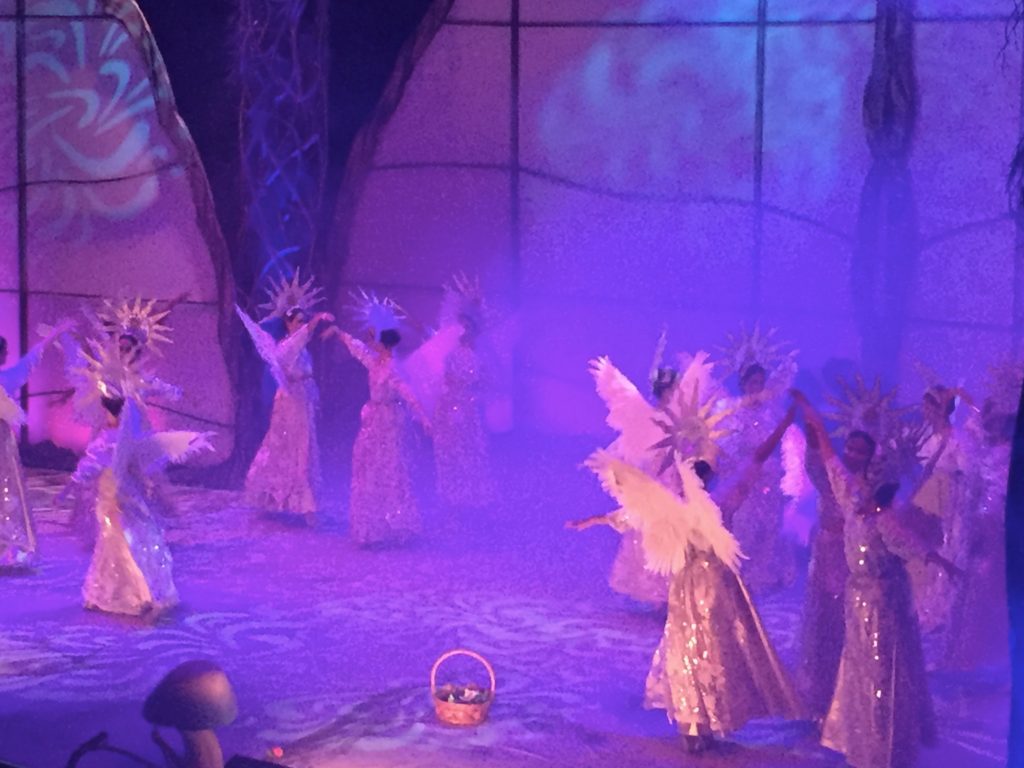 I like the changes the librettist made to the much darker Grimms Brothers version such as softening the reason Hansel and Gretel become lost in the woods overnight. This, of course, makes way for the joyous reunion of parents with children at the end when the spell is broken and all the gingerbread people return to life as children.

This production of Humperdinck’s Hansel and Gretel used the German musical frame with a Spanish translation of the libretto. In addition, Caribbean rhythms were incorporated for the witch and her two dancing cronies, the crows, who were particularly delightful villains. Every time the entire audience burst into laughter (except for us), we understood the performers had inserted some local humor. Even the fluent Spanish speakers in our group didn’t get the jokes, no doubt because they’re North Americans. I wish we could have understood the double entendres and other nuances of this rollicking performance. 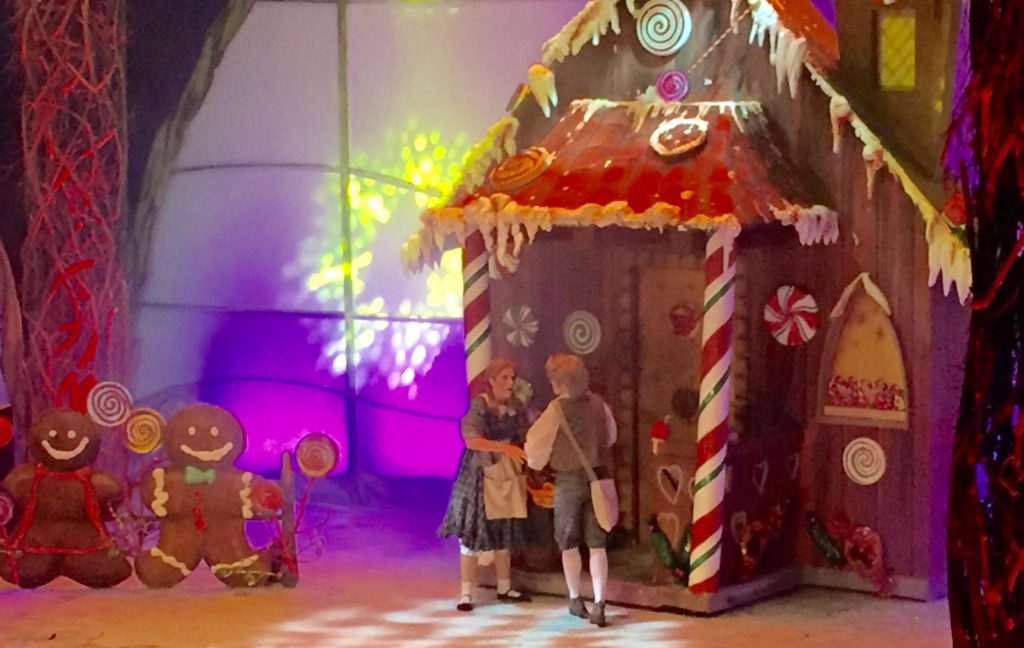 Hansel & Gretel and the gingerbread house 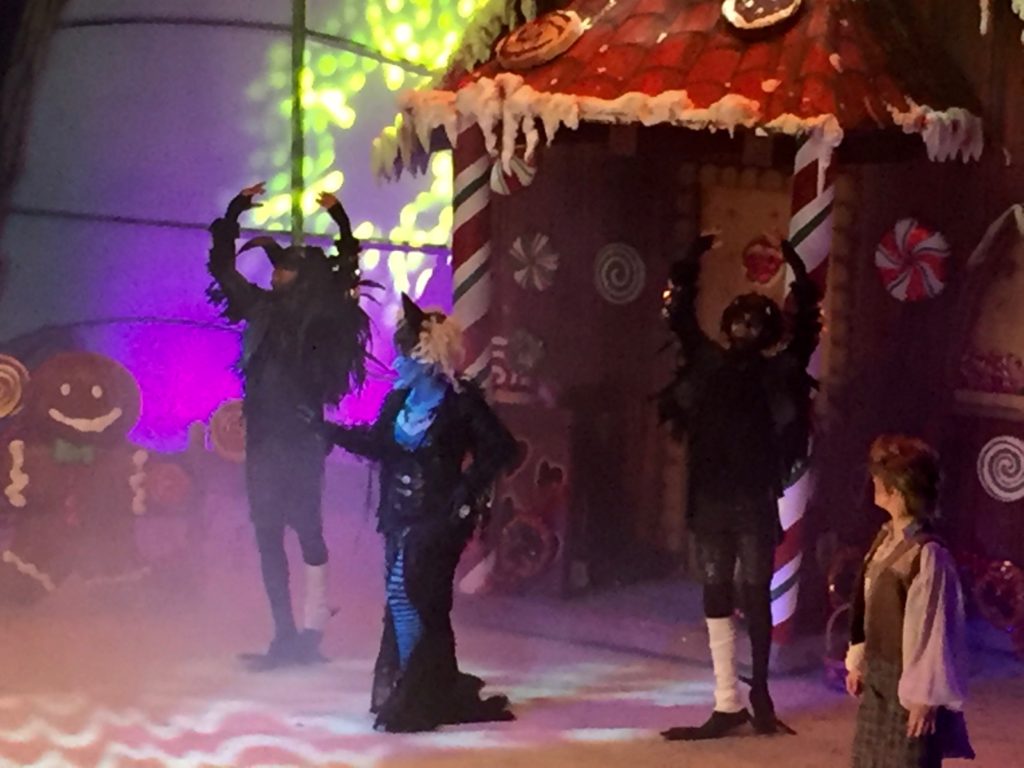 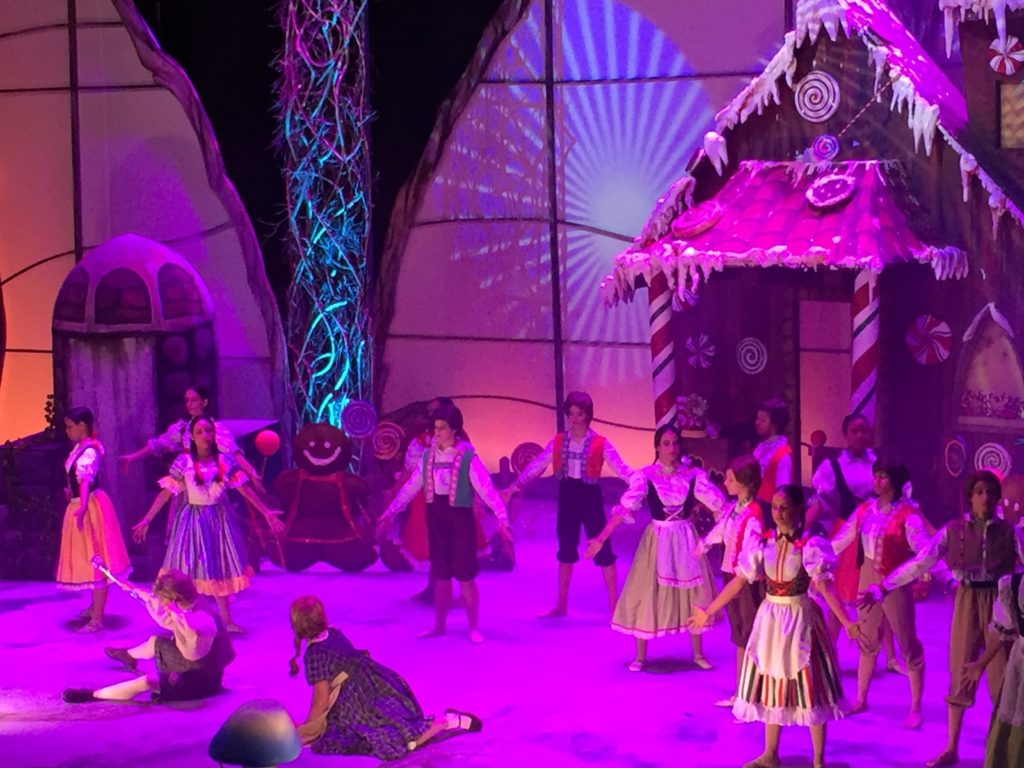 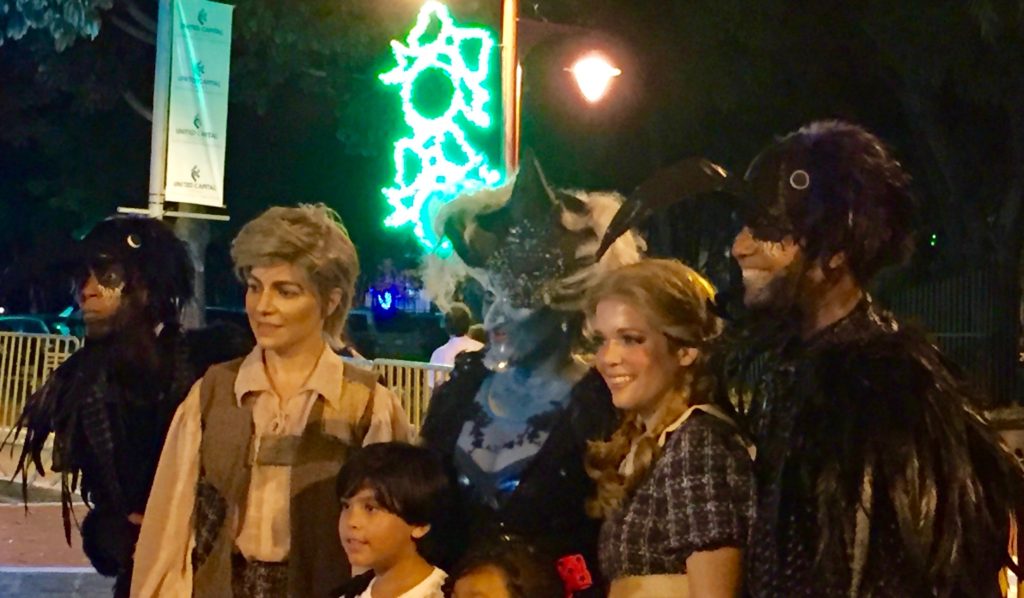 The singers were excellent and cast very well. The sets and costumes were imaginative and functional at the same time. Incidentally, when the stagehands finally rolled the gingerbread house set onto the stage, everyone cheered. To me this suggested that the audience had a rich history with the operetta and loved it well.

I hadn’t really known what to expect, of course, but this production surpassed in every way the hope an audience member brings to a performance. All in all, the Parque Iberoamérica amphitheater production melded the Bavarian flavor of the original operetta with the Caribbean sensibilities of the audience. The combination made for an inventive and exciting interpretation.