If you’re heading to the Puget Sound, is it better to fly or take a road trip into the Pacific Northwest? When time is less a factor and if you’re coming from the south, the entire west coast is too beautiful to miss by flying over it. However, if you’re coming from a point further east like we did, you have to drive through some of the barren sections of the country. Few trees, just forever-miles of scarce and crisping grass, which is the view from much of Highway 84. But what makes any road trip worth it is serendipity. The pleasure of discovering the unexpected along the way. 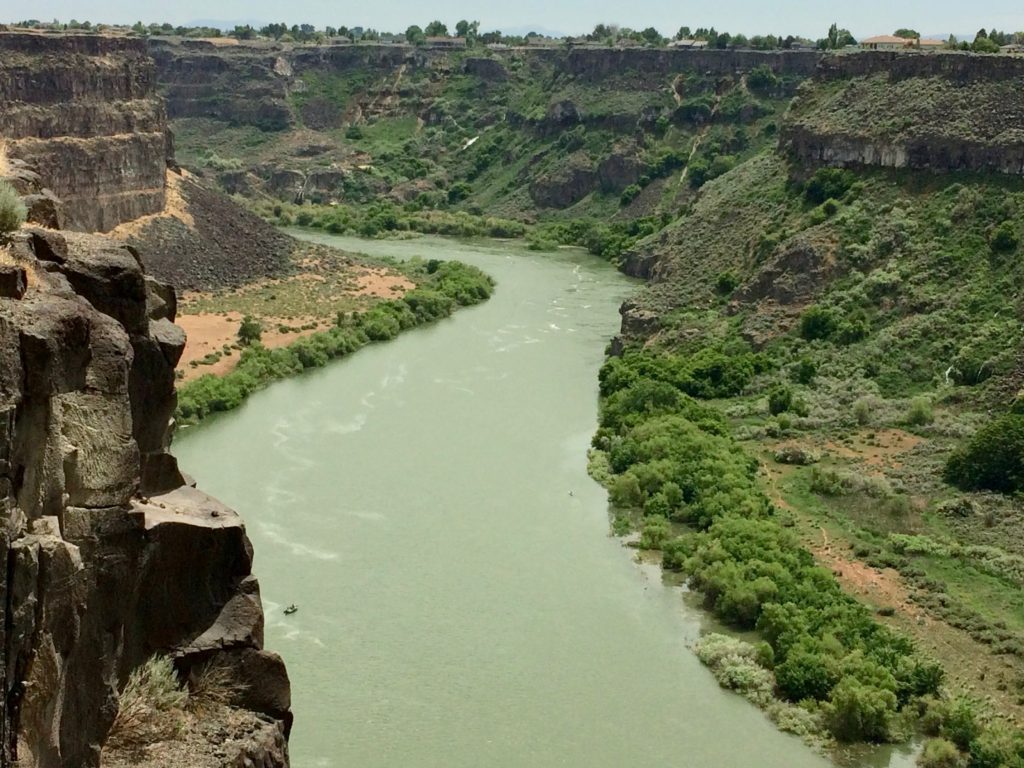 Our goal of driving through Mount Rainier National Park the next day was firmly in place, but we happened to see a sign for Twin Falls, Idaho, at about the same time we realized we were ready for something more substantial than travel snacks. Without any advance consideration, I quickly made the turn to the south on a stem road. In a few minutes, we discovered that the city of Twin Falls is cut off from the rest of the world to the north by a huge gorge carved by the Snake River through black basaltic columns. 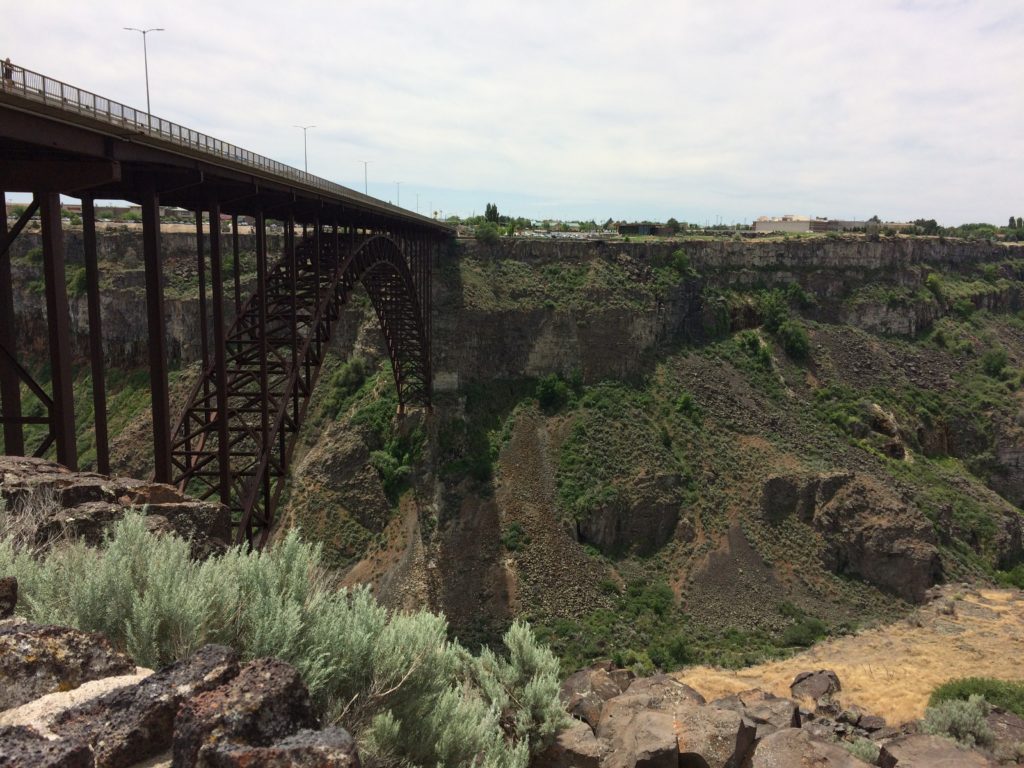 The four-lane truss-arch span across the gorge, Perinne Memorial Bridge, has beautiful lines iconic of a past era. Built in 1926, it’s height of almost 500 feet makes for some dramatic views as you stroll across. There’s a pedestrian lane on either side of the bridge, plus a pull-out on either end to park your car if you want to view the river gorge from a closer perspective. (Next time through we’ll find those twin falls!) 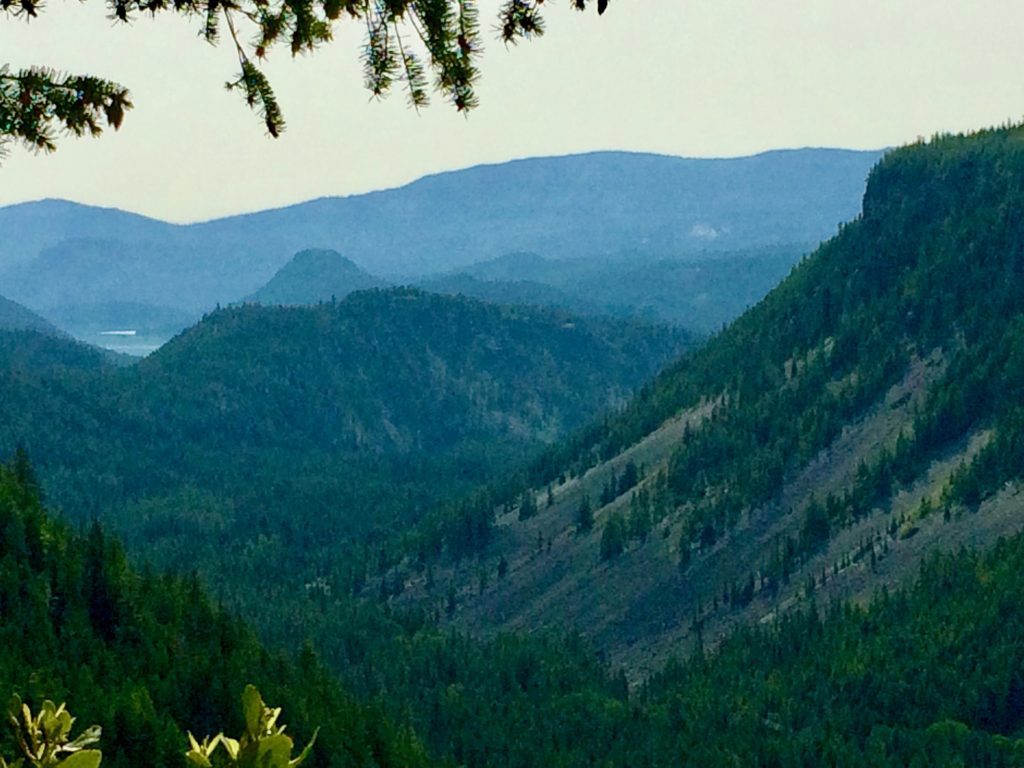 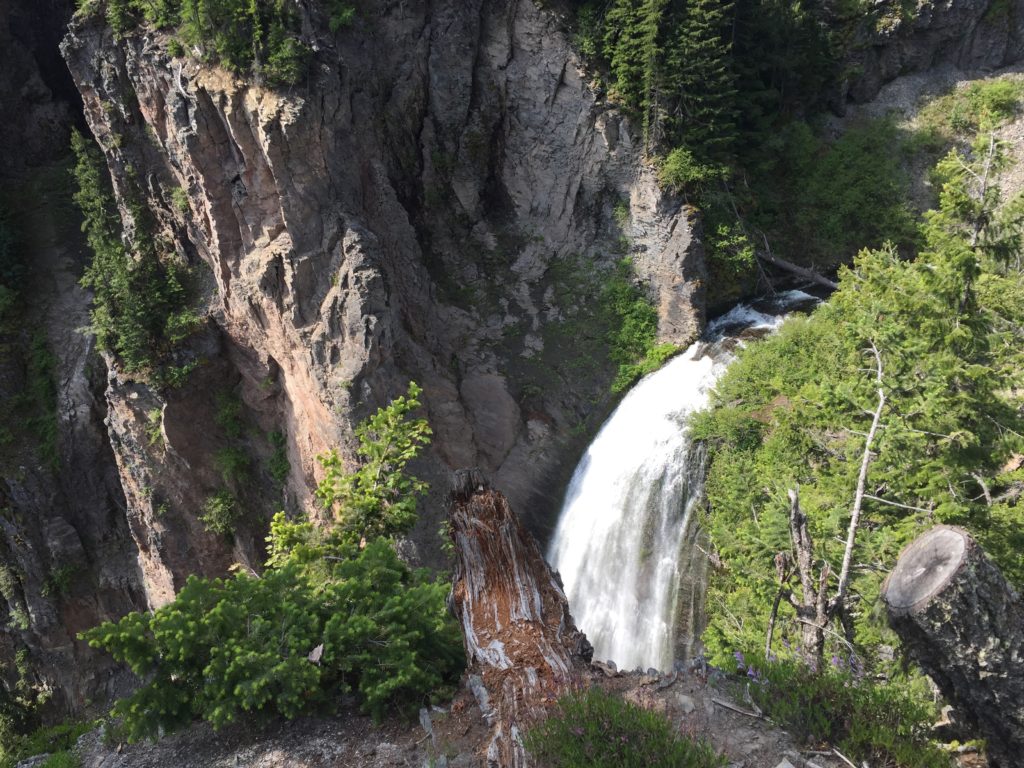 The black basalt lava flows didn’t end there. We continued driving north and west to White Pass with it’s black basaltic columns (similar to those I saw in Iceland) just outside Yakima, Washington. The White Pass ski area, located in a beautiful part of the Cascades, also hosts summer adventures. Rimrock Lake (and dam) along the course of the Tieton River has basalt mountains on all sides, with trees down to the water and outcroppings of black rock on all sides instead of a beach. 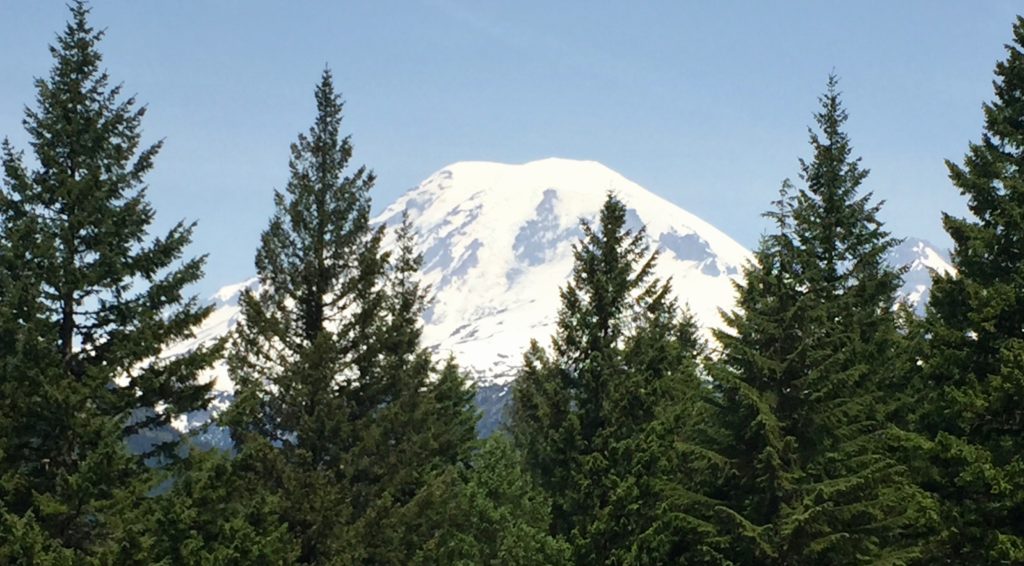 Spectacular views of the approach to Mount Rainier on a sunny, cloudless day. 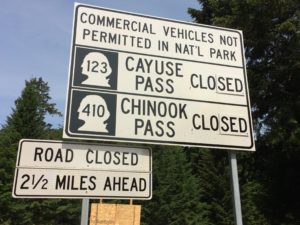 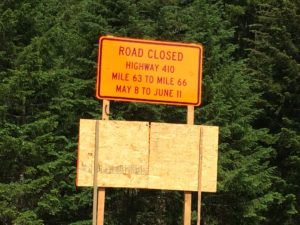 At Steven’s Canyon, however, which is the entrance to the park, the many closure signs seemed to foil our plans to drive through Mount Rainier National Park. We sat in the car in front of those signs a good ten minutes before we decided to drive as far as we could. See as much of the park from the east side as possible. 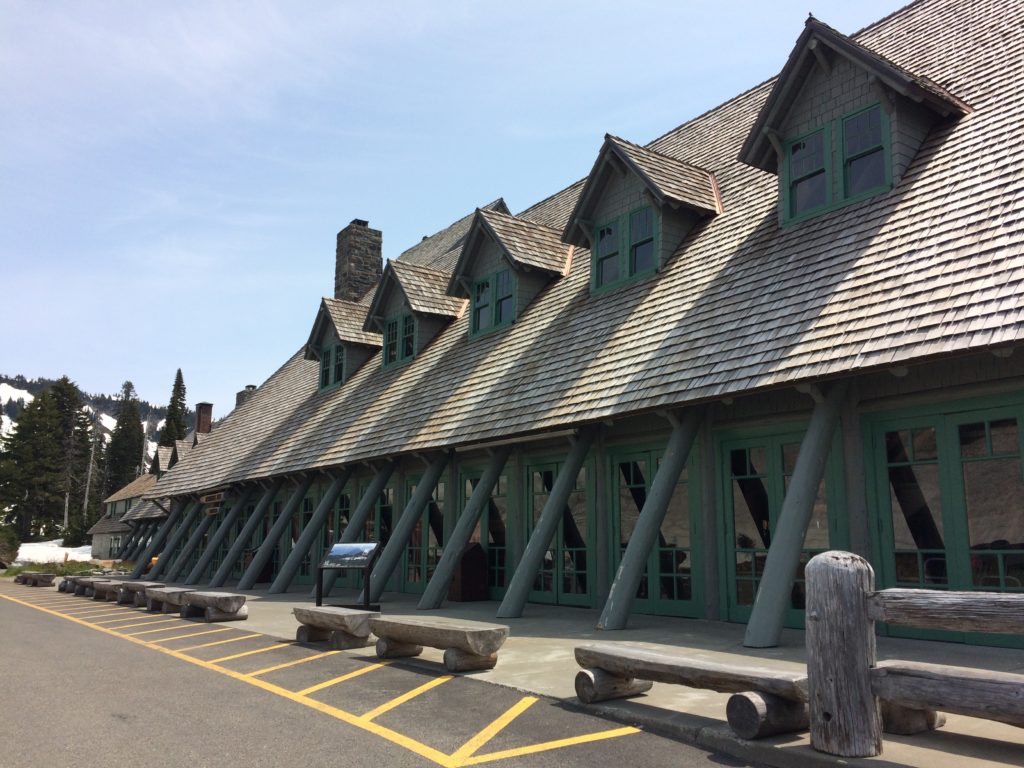 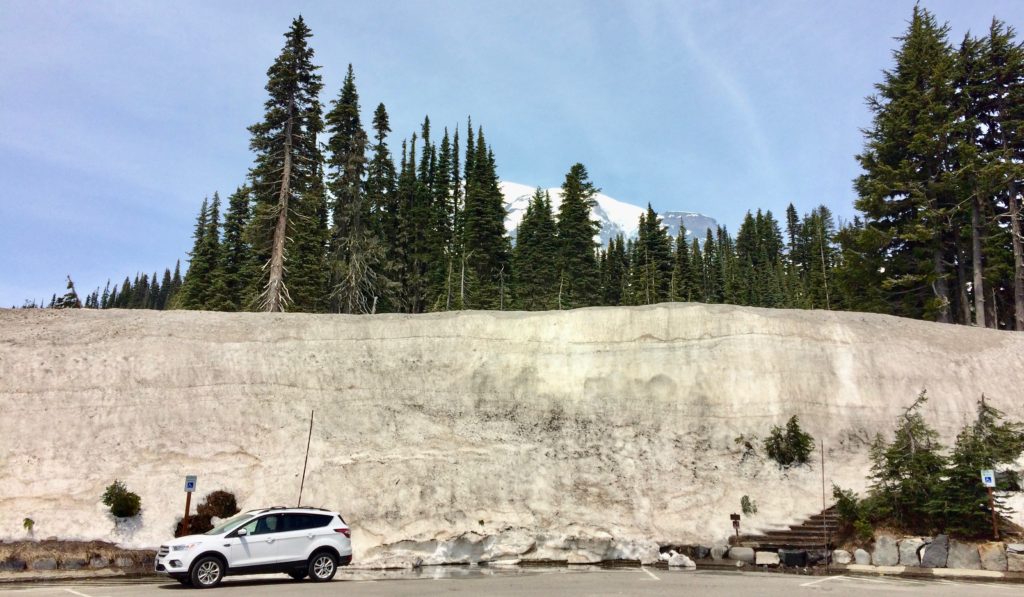 Mountain of snow in front of Paradise Inn 6 June

As things turned out, the Paradise Inn road was very much open. The height of the bank of snow in front of the inn as late as June 6th wasn’t surprising to me. That’s because I’d visited on years when trenches with at least ten-foot high walls of snow had to be dug from Paradise Inn to the employees chalet.

This year, the most noticeable change was the presence of construction equipment and crew. When I’d attempted earlier to make reservations at Paradise Inn, the website had explained that the spacious Annex rooms were closed for 2018 in order to complete renovations. A few years ago I stayed at the lodge proper, with rooms a bit small and a little old fashioned, a shared bathroom at the end of the hall. Despite what some would consider inconvenience, I hope the old structure of Paradise Inn doesn’t suffer modernization.

Just take a look at this amazing lobby. Now imagine it with a roaring fire in the hearth at the far end. 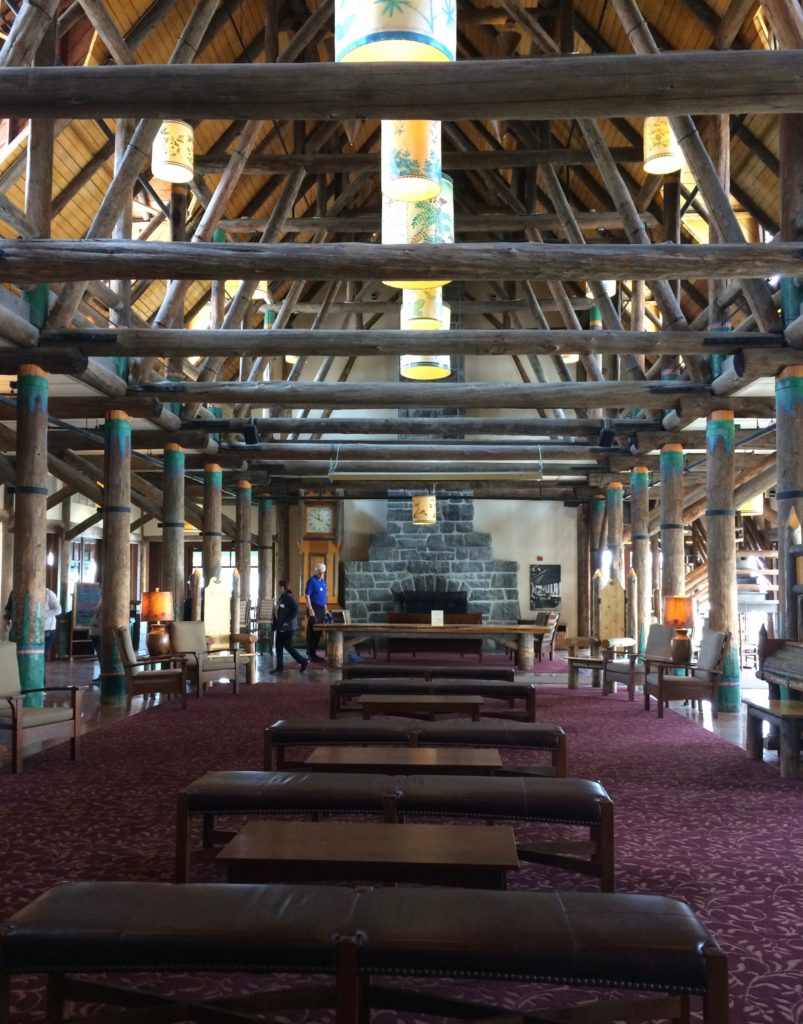 We arrived in time for lunch. Very fine indeed–just like I remembered! 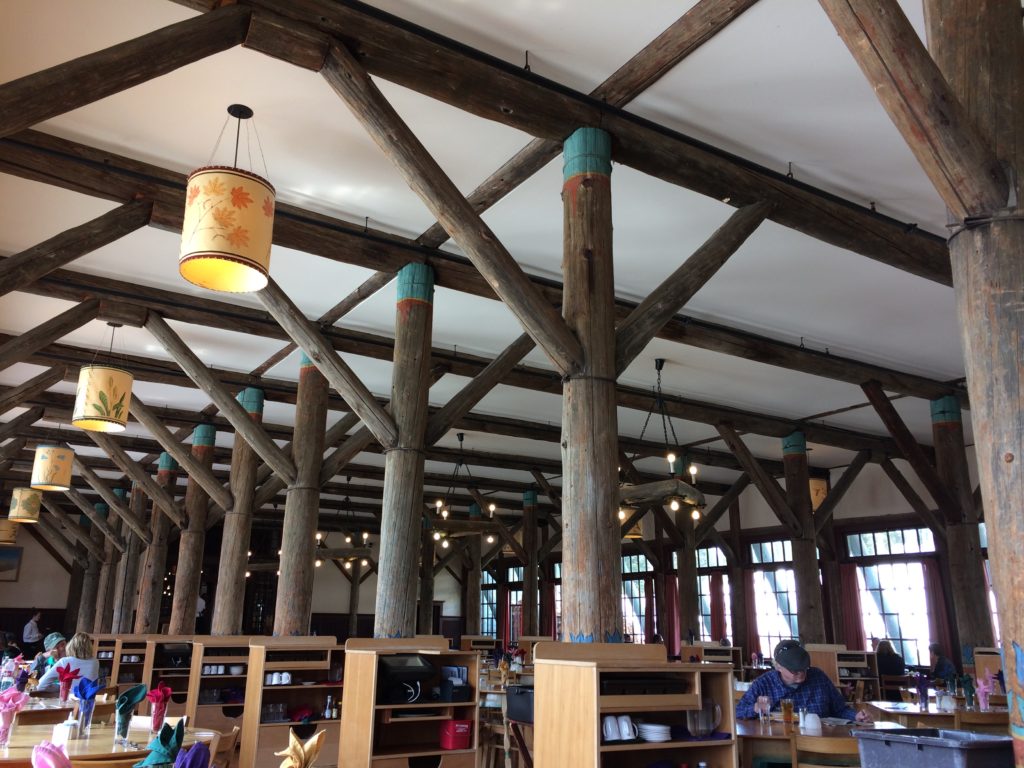 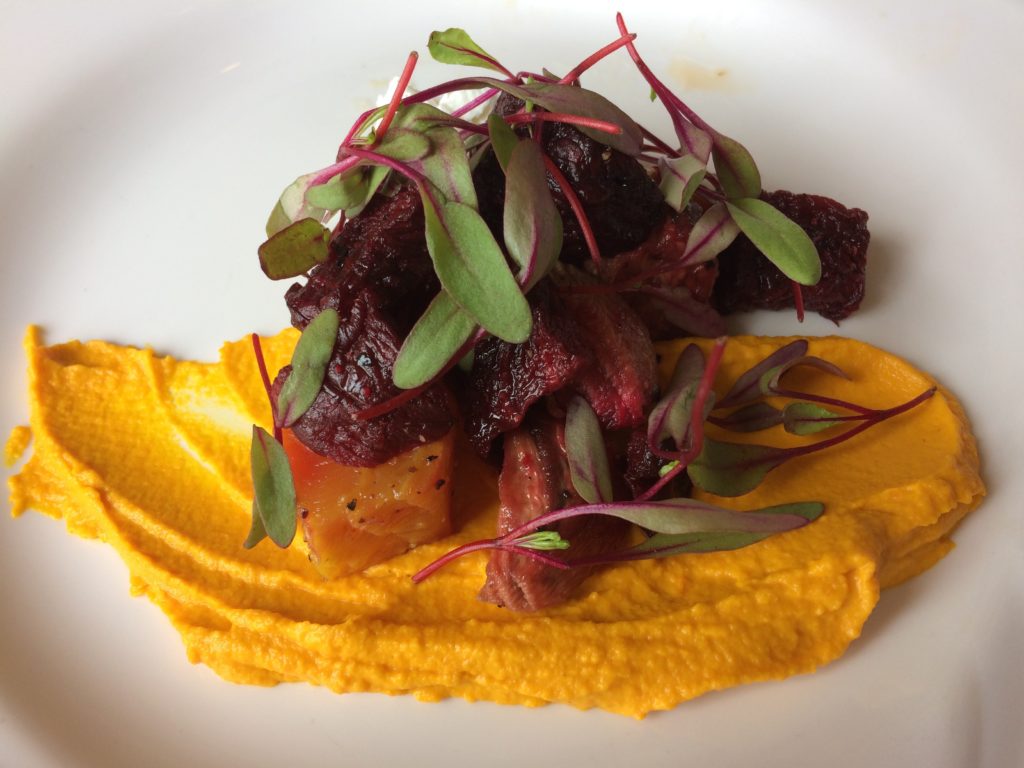