Since our duties were very light, exploring Bainbridge Island while house-sitting became a pleasurable afternoon event. Whether it was sprinkling, drizzling, raining, or merely overcast, we ventured out. The Scenic Byway road seems to be carved from a huge, old-wood forest that allowed only infrequent glimpses of the water.

Bainbridge Island is sheltered by land masses on all four sides, thus protected from Pacific Ocean storms, tsumanis, and other destructive surges. On our drive, we learned that on this island a park means an open, sunny area with lawn and tennis courts or other recreational facilities. Where I come from, you can recognize a park because of the shade trees planted in strategic locations. 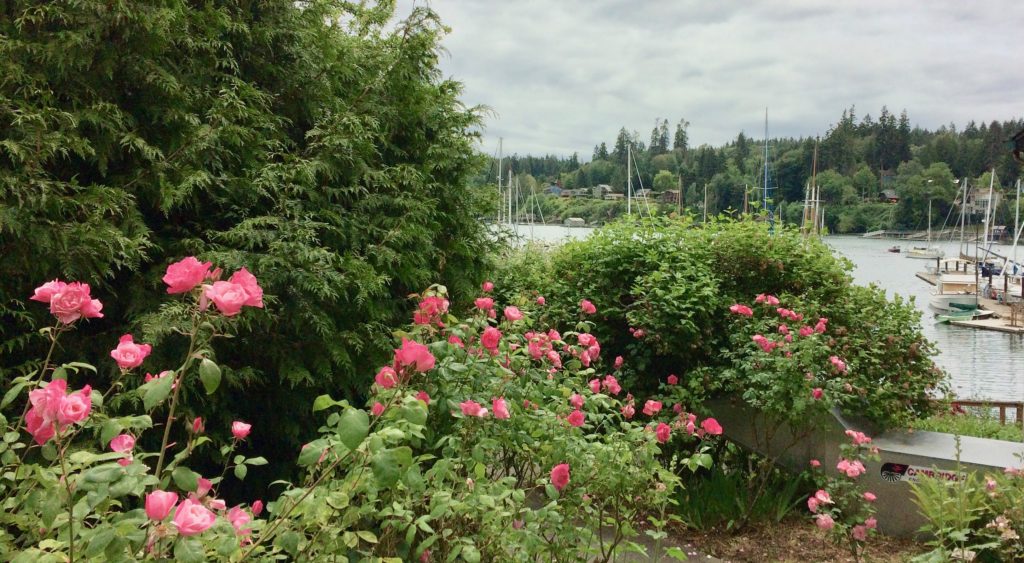 Eagle Harbor through the roses

Our plan to explore the island a little each day included lunch in downtown Winslow. As can be expected, we experienced a wide range of cuisines. Our first restaurant, Harbour Public House, served a tasty lunch and provided these views of Eagle Harbor.

Bloedel Reserve took up the better part of another afternoon. It takes about 2 hrs to walk it, so they say, but that’s true only if you have an unerring instinct for direction. We had a map in our hands to guide us and we have Ph.D.s on the wall back home to prove we aren’t stupid. But the fact is, we were lost most of the time. On the upside, we developed a certain fondness for areas we cycled through frequently, such as the beautiful Japanese Gardens. 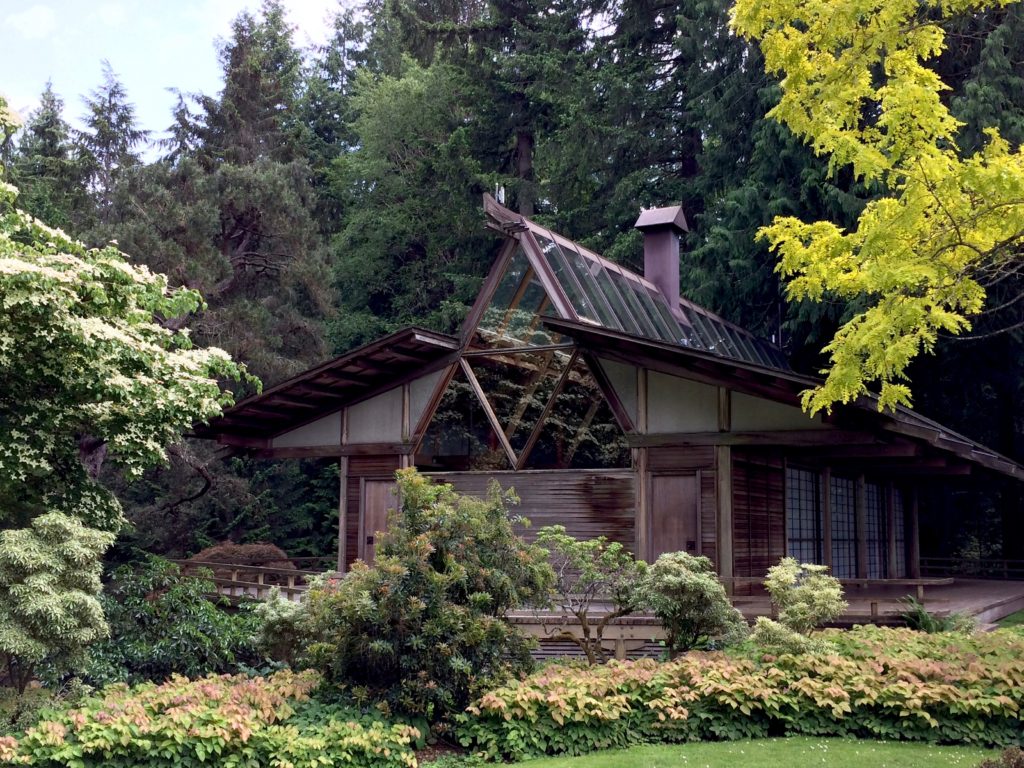 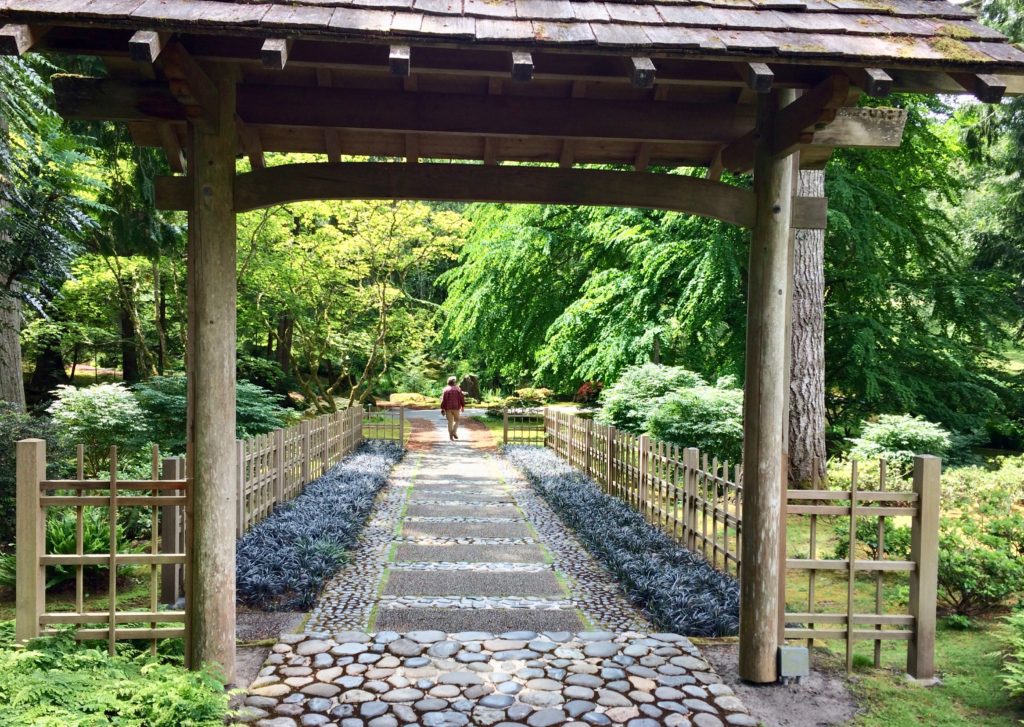 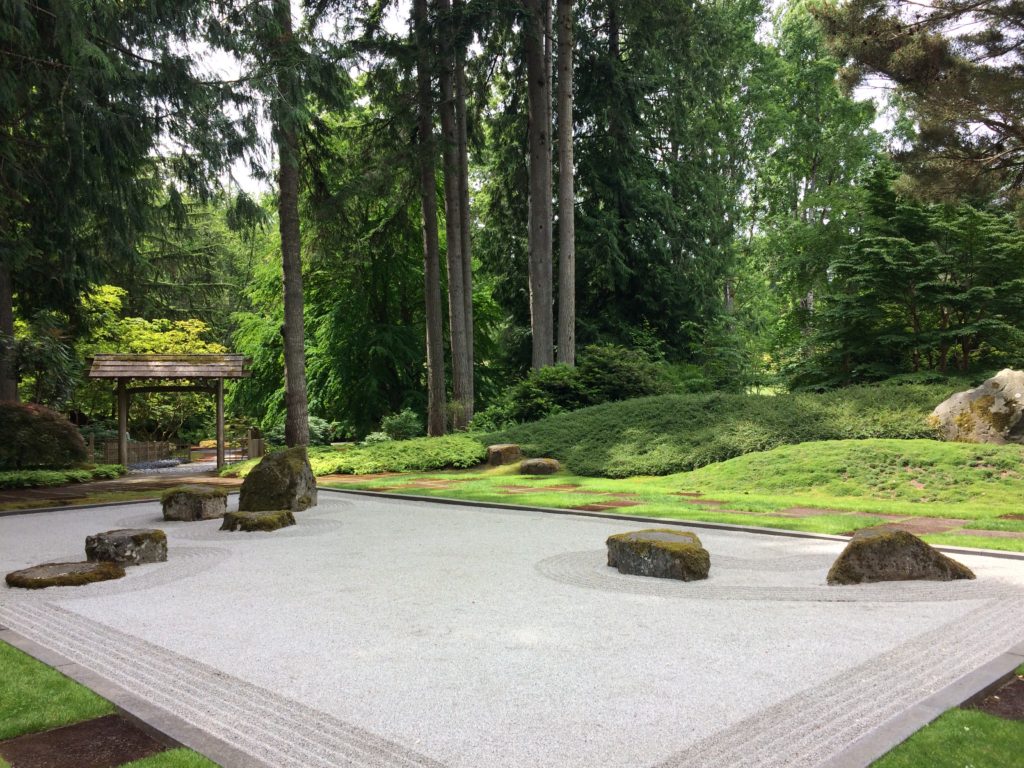 The trick is not to pay too much attention to the map because it’s not drawn to scale. You also can’t be shy about getting instructions from the grounds crew as to where you are and how not to end up at the Japanese Gardens for the tenth time. All this, because the numbered places of interest on the map have no corresponding numbers in the grounds. 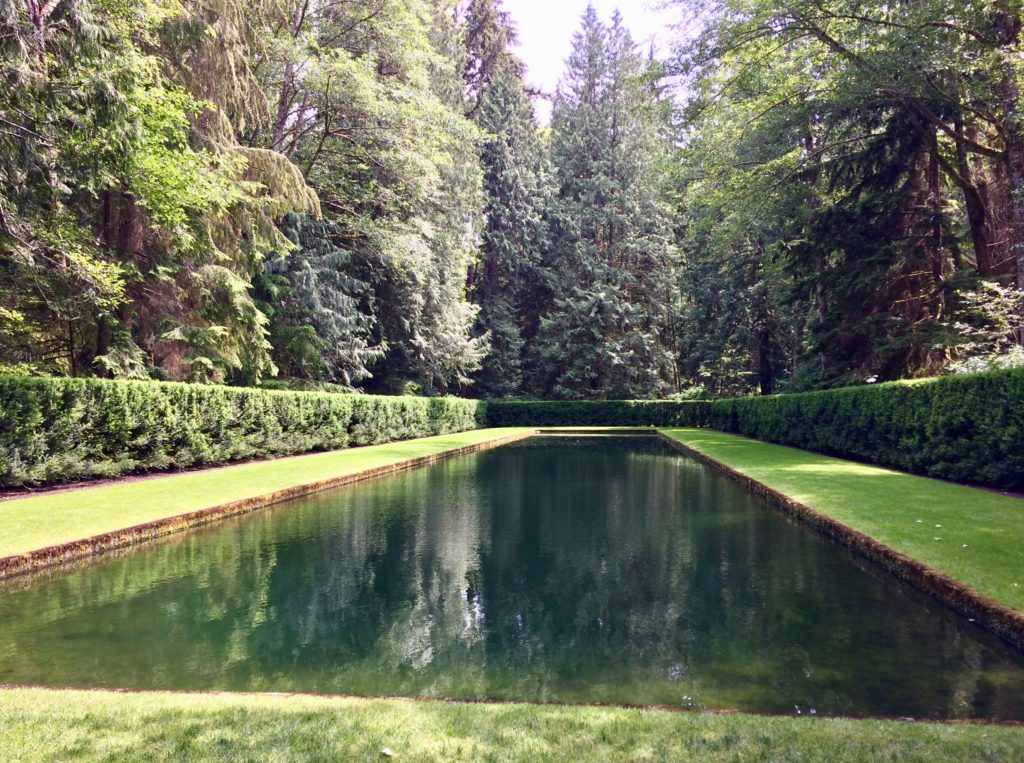 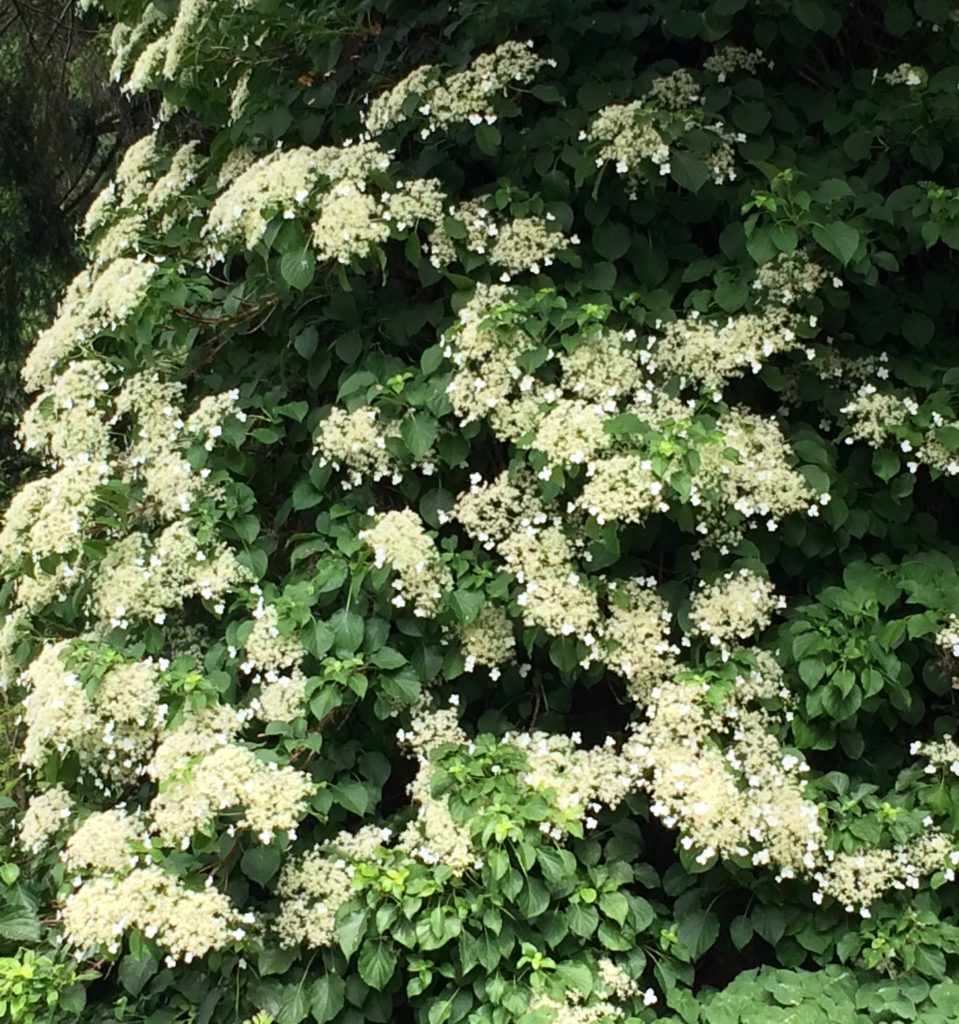 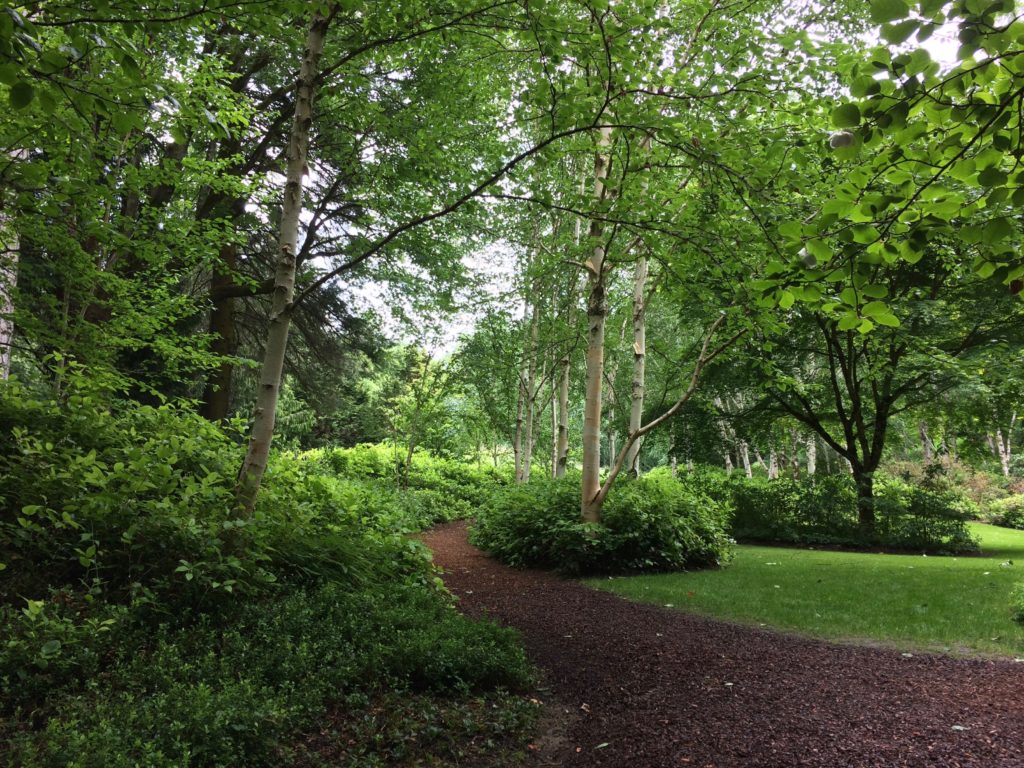 When at last we made our way out of the maze, we pointed out the lack of signage as a problem to the kind clerks at the entry gate. They said that part of Mr. Bloedel’s legacy was for visitors to simply enjoy the grounds and not be concerned about the names of things. That’s all fine and good for Mr. Bloedel who knew the names of all the trees and shrubs, and planned the layout of the park. The approach does not work well for a visitor who likes to learn such things. 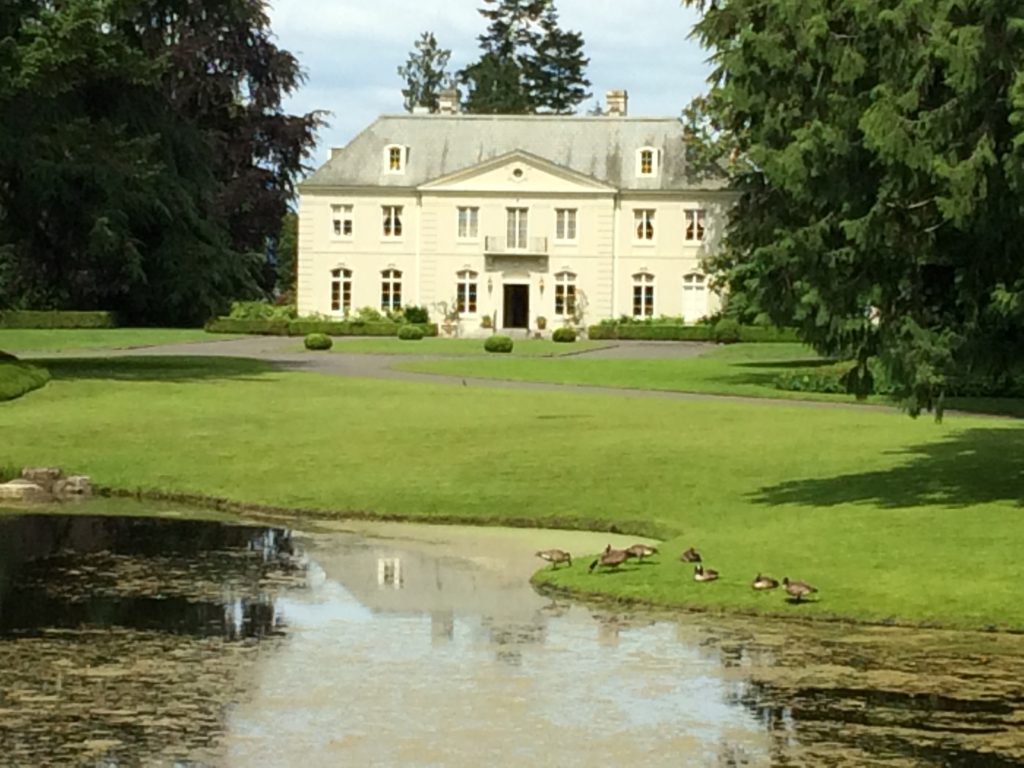 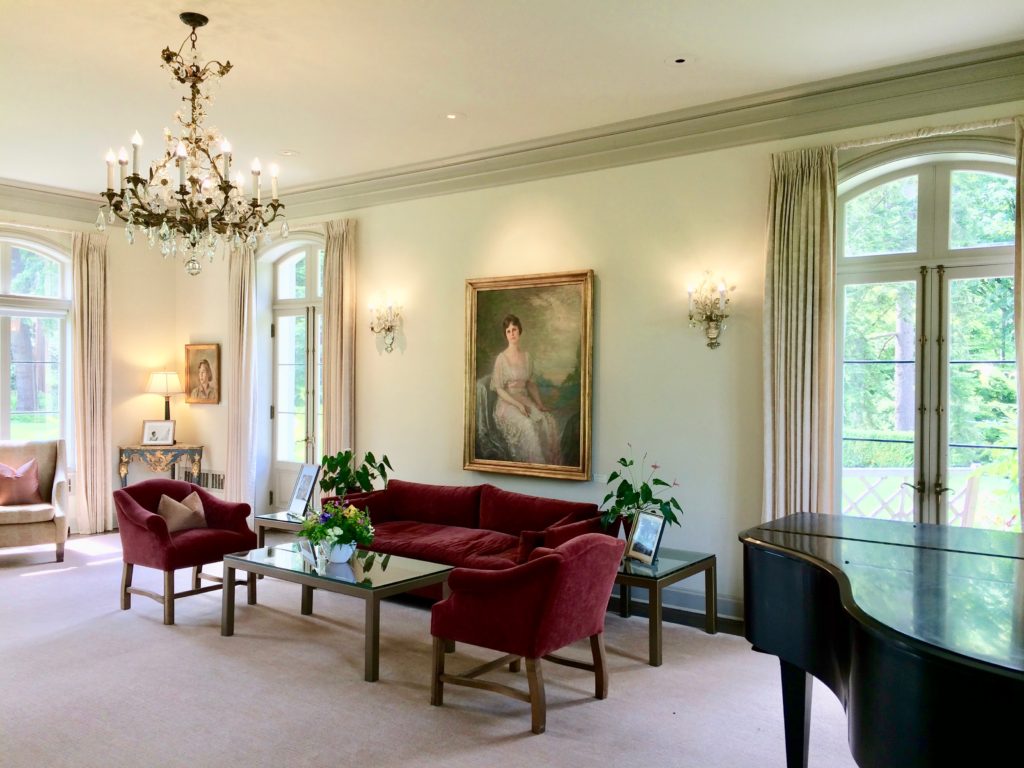 Besides, Mr. Bloedel is very dead and I’m very alive. So whose needs should be met?

Well, as I responded to the ticket-takers, “Lost and cross,” is not a good take-away for your patrons. What would it hurt the ambience of Bloedel Reserve to have a little four-inch high post with the name of a bush or a lake or a tree on it? 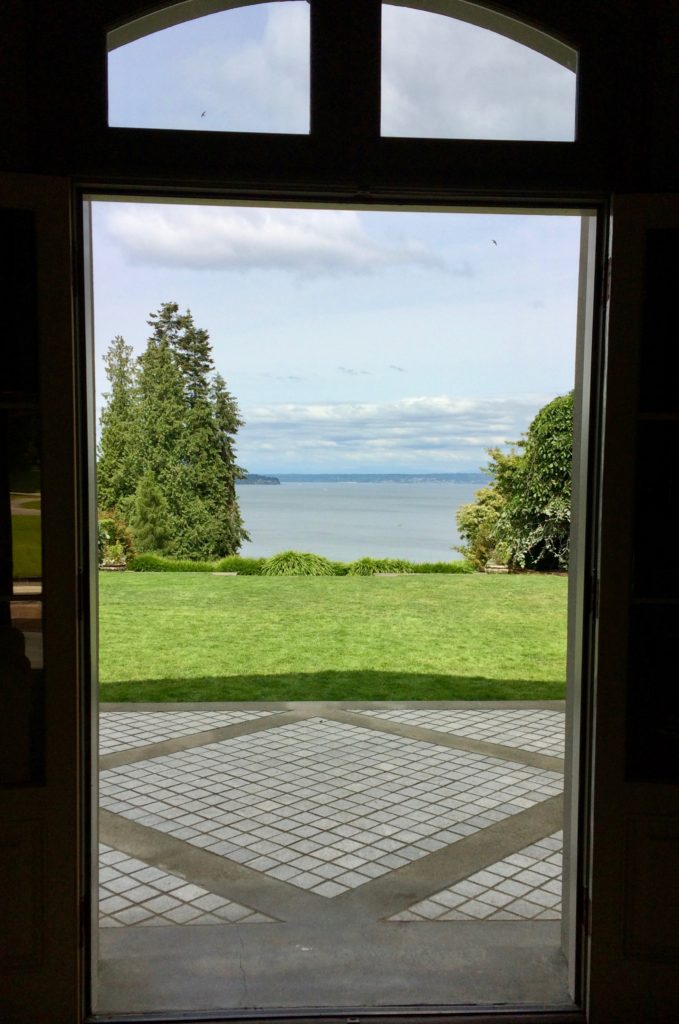 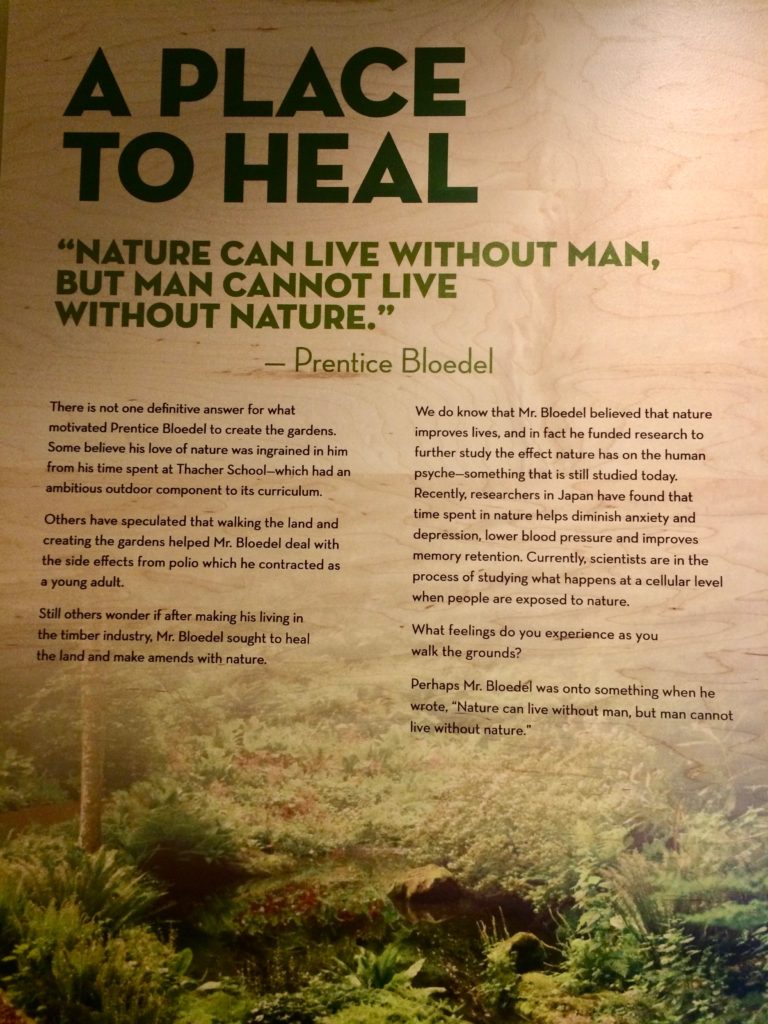