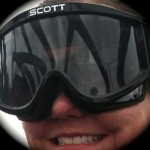 The first thing on our minds this morning was a dune buggy ride on the Oregon sand dunes! Our access point to the Oregon Dunes National Recreation Area needed to be from the north near Florence.

We could either go south from Bend through Newberry National Volcanic Monument, which appealed to us a lot. Or, we could take a shorter route up over the mountains through Deschutes National Forest.That was the road we decided on. It was late April, but the light rain gradually turned to snow as we gained altitude.

The dunes are an amazing sight and we were eager to explore them. At first we planned to rent dune buggies so we could go where we wanted to. Then we realized we could take a ride on a larger vehicle, driven by a pro, so that’s the option we took. 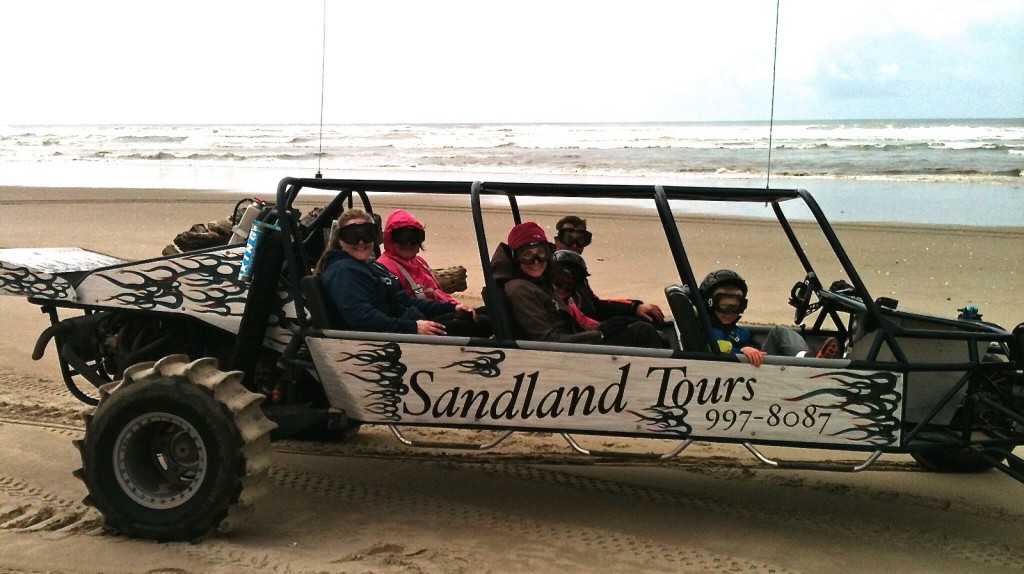 In retrospect I’m so glad we let a man who knew the dunes do the driving. He took us up inclines we never would have dared attempt at speeds that took our breath away. As inexperienced drivers, we’d never have dared do any of that.

The driver was a retired fellow who had driven the dunes for years, and from time to time he’d stop the vehicle to check how we were doing. We’d spit enough sand out of our mouths to exclaim we were great. After we’d gotten our bearings a little, off we’d go again! 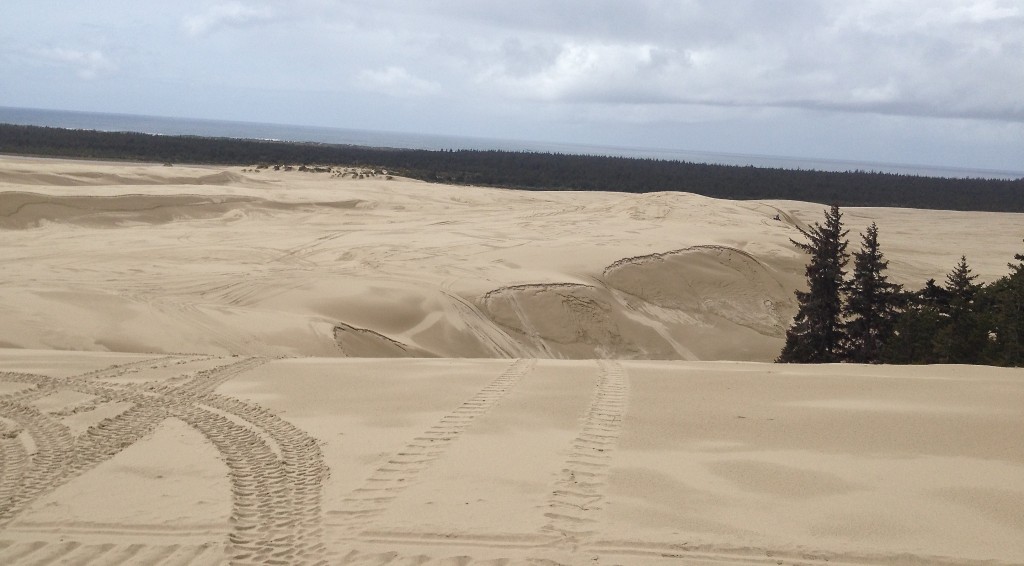 He told us some of the history of the dunes and explained the effect of the wind and the waves on the shoreline. When he pointed it out, we could see how decades of tree-planting had stopped the progress of the sand dunes just before they over-took the town of Florence.

At the end of the day, I took a full dose of Ibuprofen for my poor arthritic neck that had been jerked this way and that. (And I noticed my daughter had to take an equally full dose for her shoulder muscle aches). But it was worth it, every minute of it! She wasn’t bored and I lived to tell!

We spent the night at the lovely Driftwood Shores Resort and Conference Center in Florence, which couldn’t be closer to the ocean if it were floating on it. A few steps out of our private doorway and we could stroll down the beach, the tide taking the ocean further out as the sun set. My daughter took this magnificent photo. 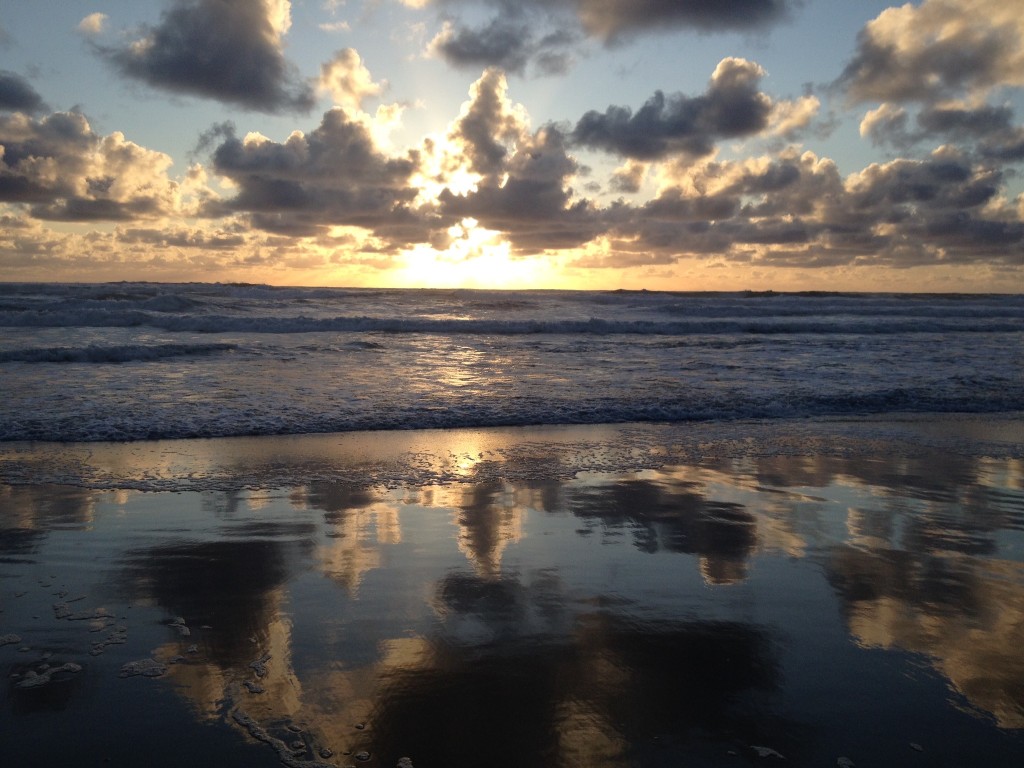 The brief verdancy of lawn was like a green moustache to the guest rooms, the marsh grasses only a few feet away, the sand of the beach just beyond. All night the rolling of the ocean sang a constant ostinato, a heaving undertone to the white noise that filled the quiet.