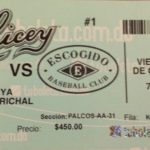 The season opener for Dominican baseball at Quisqueya Stadium had it all. Action, fans, color, music, non-stop noise, and the best empanadas in town. The music grew louder as we walked from the parking lot to the SW front of the stadium. By the time we reached the security guards, who briefly searched bags, the music was so loud we couldn’t carry on a conversation. Parking was only about 100 pesos and tickets were 450, which came to about $11 for a really good time.

At game time of 7:15, both teams lined up facing the Dominican Republic flag pictured on the jumbotron in preparation for the national anthem, “Quisqueyanos Valientes.” The song is martial in nature with a very beautiful melody line requiring a rather large vocal range. The male soloist for the night sang a capella and kept his pitch for all four verses—which is notable. A very enjoyable performance.

“Quisqueyanos Valientes” has been sung as the national anthem since 1883, but was not signed into law until 1934.  Quisqueyanos is the indigenous term for people living on the island. While some scholarship disputes whether the word is actually Arawak Taino in origin, the term Quisqueya is popularly thought to have originated prior to the use of the Spanish term for the island, Hispaniola.

The two big rival teams in the DR were playing against each other. The Tigres wore blue and so did their fans. The Liones wore red, as did their fans. The Tigres in blue seemed to be considered the “home” team for the night, because they had a mascot wearing a blue costume and a cat-like head who came out and did a few dance steps and jigged around a bit. In addition, half a dozen girls in skin-tight silver pants with form-fitting blue tops danced on top of the Tigres’ dug-out. The Liones’ mascot and dancing girls weren’t there for the opening game. Not sure why.

Empanadas at the game

I’ve heard some people claim that a baseball game is as entertaining as watching paint dry. But the same thing could probably be said of any sport or musical event. It just depends on what constitutes entertainment for you. I thought the Tigres and Liones rivalry was worth all kinds of energetic shouting. By the top of the seventh inning the score was tied 3-3. That obviously means the teams are equally talented, so it was going to be a tight win.

The forecast was “partly cloudy with a 20% chance of rain” so that means good weather, right? Nope. In the middle of the 7th it began to pour. I’d never seen how they cover the grass with a huge tarp before. Quite a beautiful maneuver, actually. The fans seated under the open sky left the stands, while those of us under the awning waited out the rain. 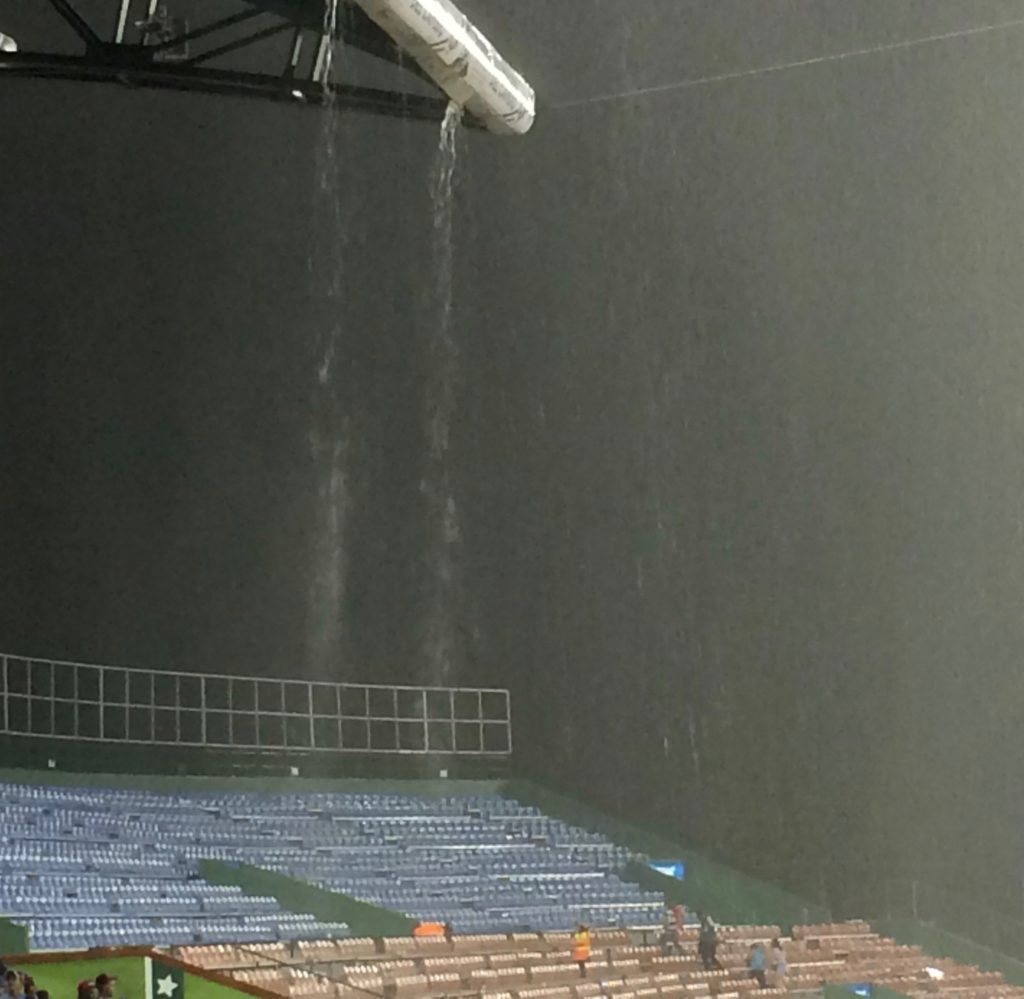 They kept the music playing. Very soon, the Dominicans were dancing in the aisles and I loved it. But half an hour later it was raining even harder, so we left. I heard the score was called at 3-3, which seems like a very equitable solution for rival teams in a small country. 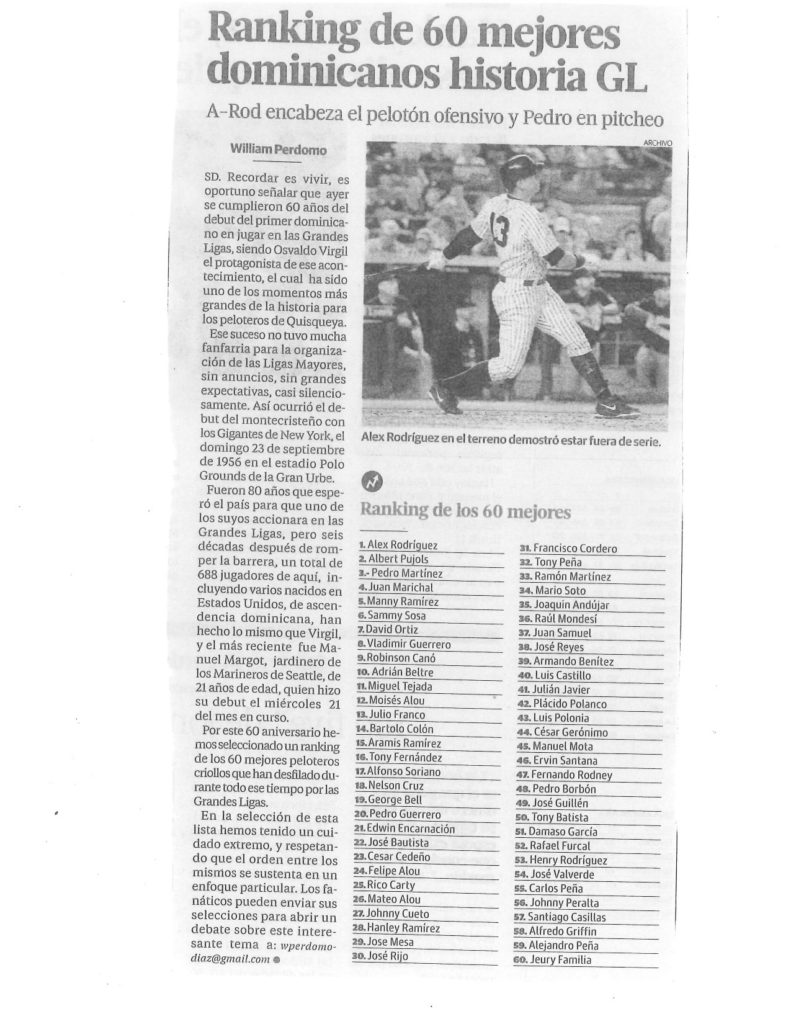 The history of baseball in the Dominican Republic is worth some study. How does it happen that one particular sport becomes elevated so that every little boy plays it in the street hoping to be picked up by a buscone, signed to a team, and make it into the Major Leagues?

MLB Academies in the DR

Virtually every team (all thirty of them) has an academy in the DR for training talent. Many began recruiting on the island as early as the 1980s. Most teams have beautiful new state of the art campuses in the Boca Chica area. English is one subject that they all teach in addition to the baseball regimen. Here’s some nighttime photos I took of several. 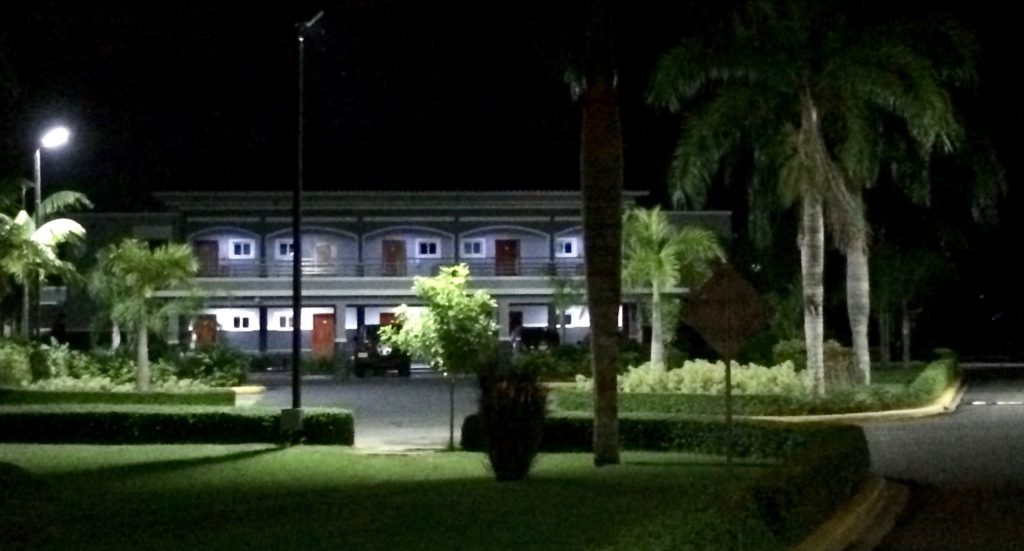 For an interesting article that discusses the role of buscones, go to “MBAs Study Baseball in the Dominican Republic.” One issue it develops: What is the role of the approx. 3,000 buscones in the DR (unofficial agents who scout for players, take them in at age 13, and train them until the boys can sign a contract at age 16)? Exploitative or Helpful?

For more information you might read “Major League baseball academies thrive in the Dominican Republic.”

I plan to visit the baseball museum in Boca Chica the next time I’m in the area. It’s called Sala de Exhibicion MLB, or in other words, the Dominican Major League Baseball Memorabilia Center. Apparently it’s housed in the BHD bank building right on highway #3.