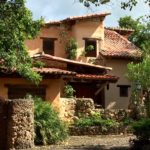 For me, a perfect day begins when I take someone new to discover Altos de Chavon and Casa de Campo, adjacent destinations on the southeast coast of the Dominican Republic. Altos de Chavon is an exquisite replica of a sixteenth century Mediterranean Village that operates a little like a movie set. It’s a lovely place to visit, but nobody really lives there. 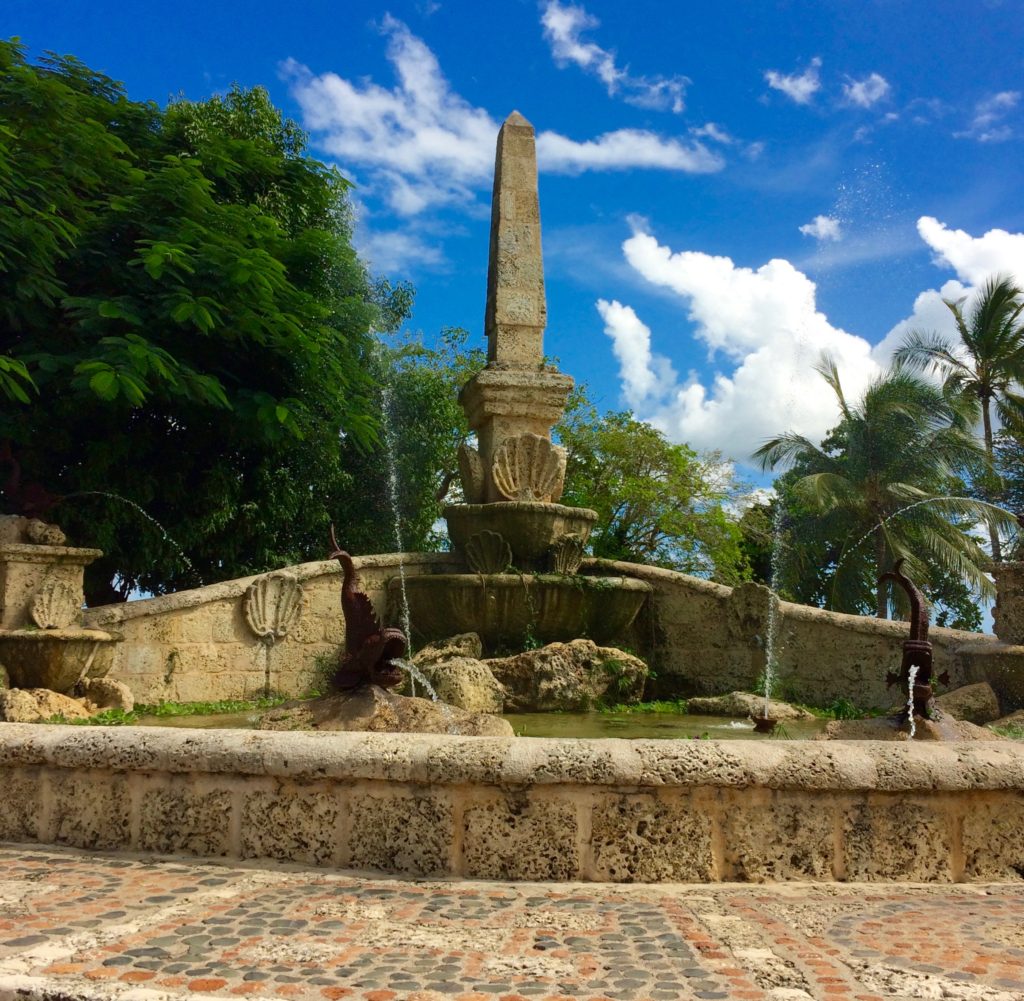 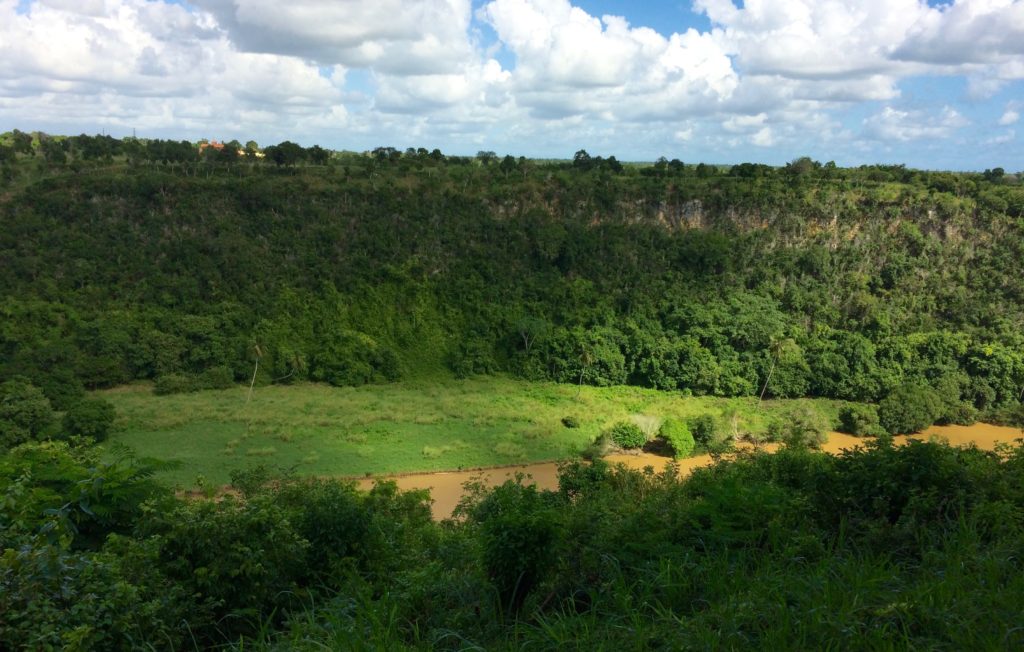 The name refers to the heights above the Chavon River where movies such as Jurassic Park, Apocalypse Now, and some of the Rambo movies were filmed. The first time I visited, a movie company was using the site as set, so we avoided the streets where filming was going on. 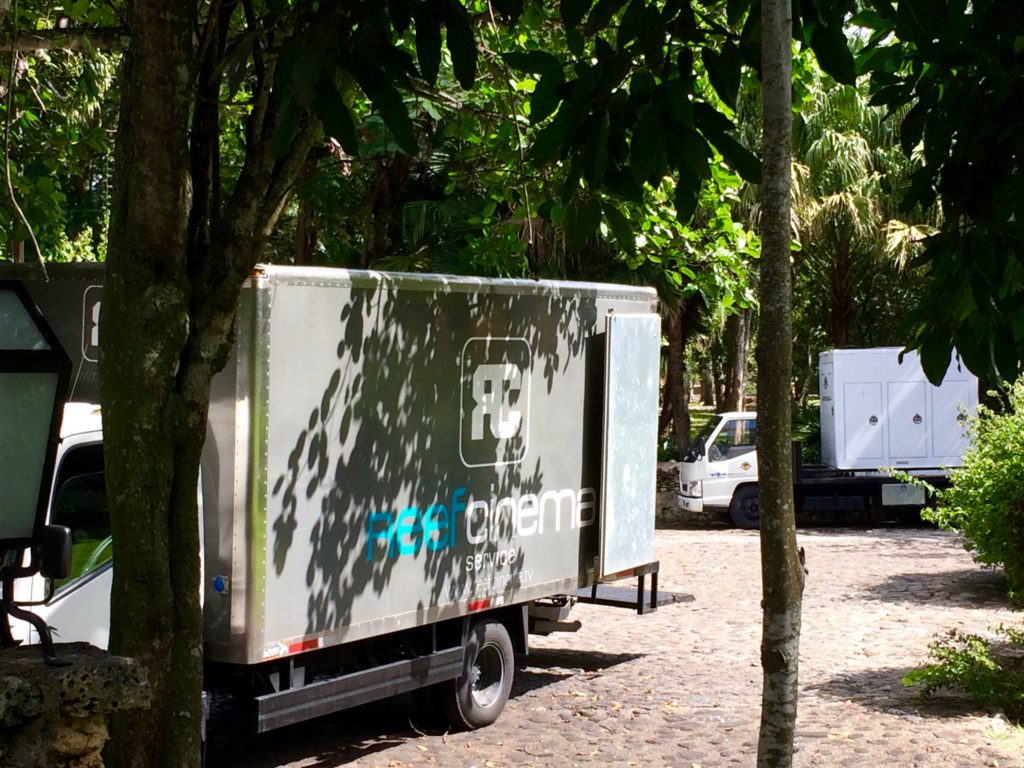 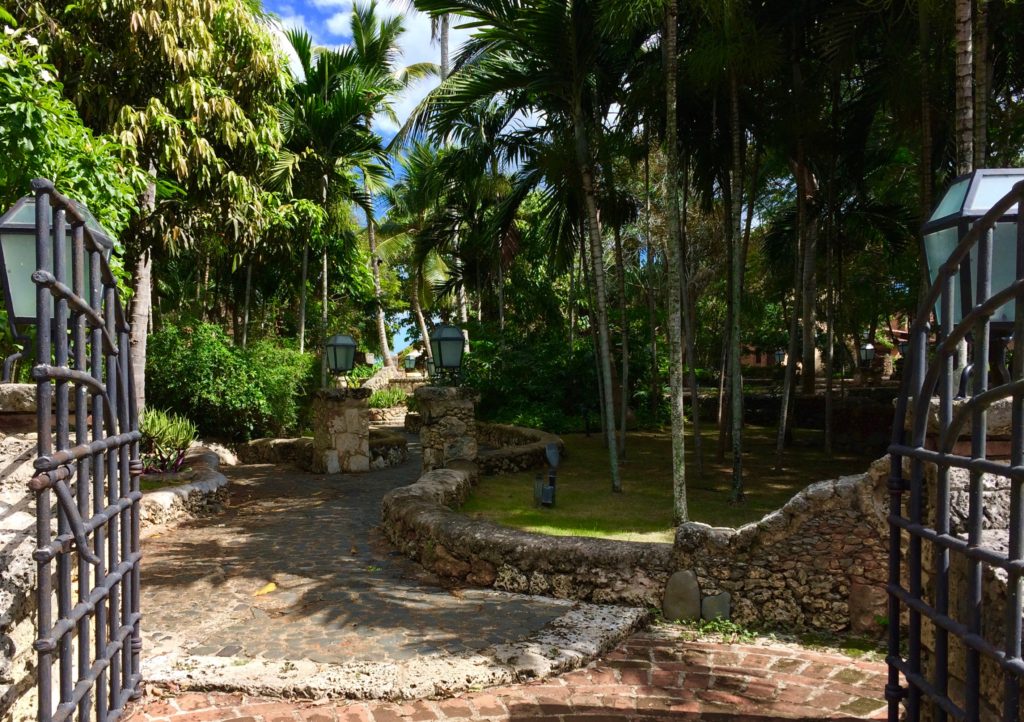 I love taking a stroll in Altos de Chavon just to bathe in the ambience, and we always plan to stop at one of the outdoor cafes for lunch. 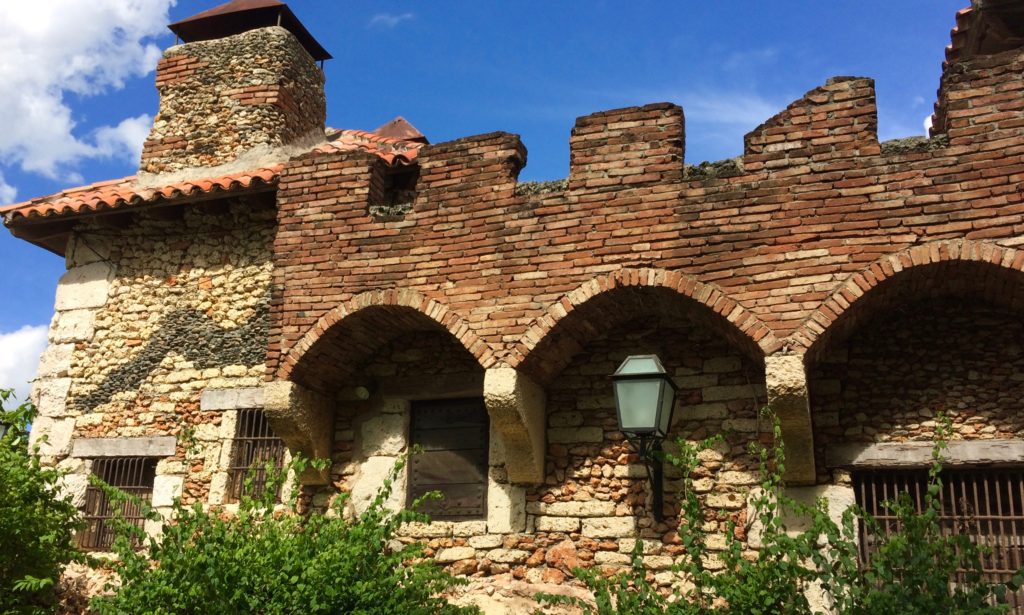 Local artisans sell folk handicrafts, primarily hats and dolls, near St. Stanislaus Church. And Margarita, the donkey, is usually available for a photo or rides around the cobblestone square. 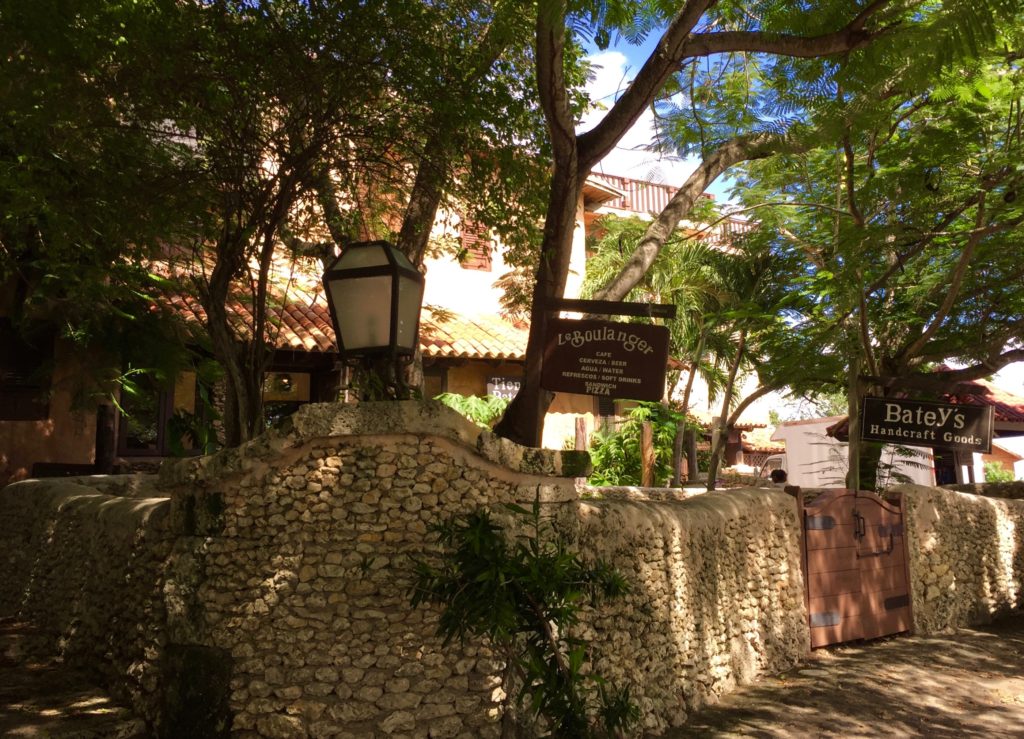 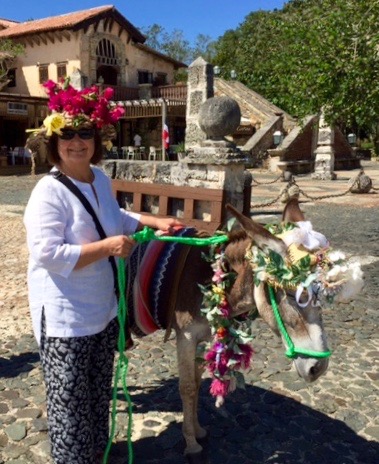 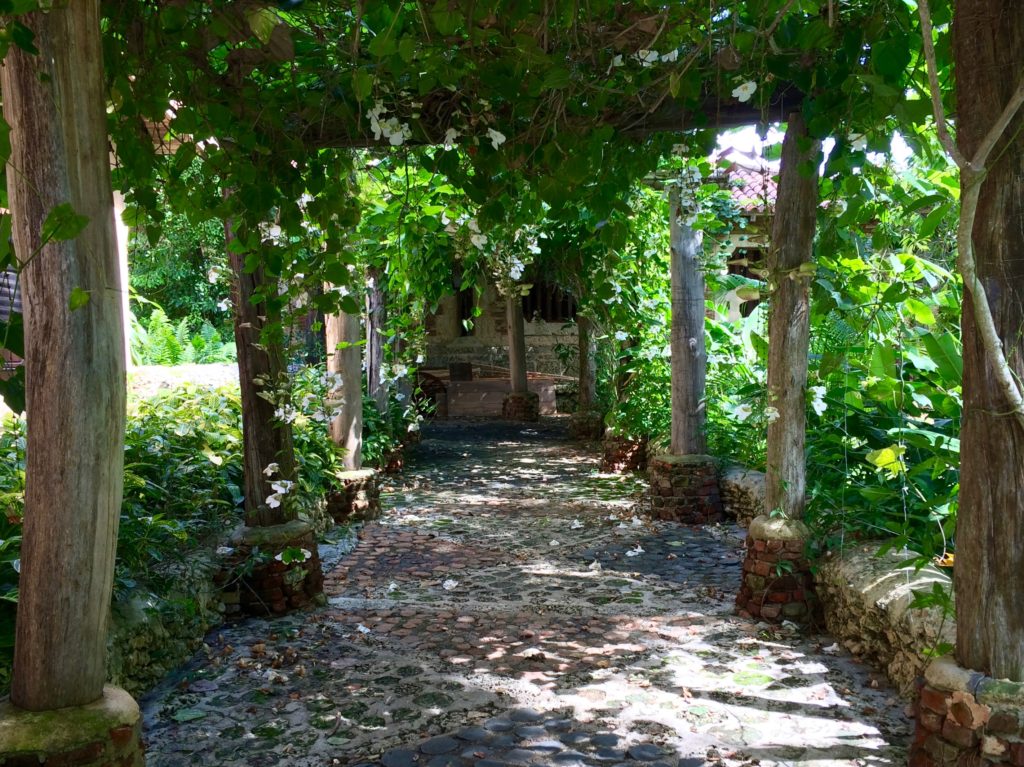 The next time I visited, we observed two family milestones events as participants entered and exited from St. Stanislaus Church: a wedding and a christening. My plans for a future visit are based on the hope for an evening performance at the massive Amphitheater. 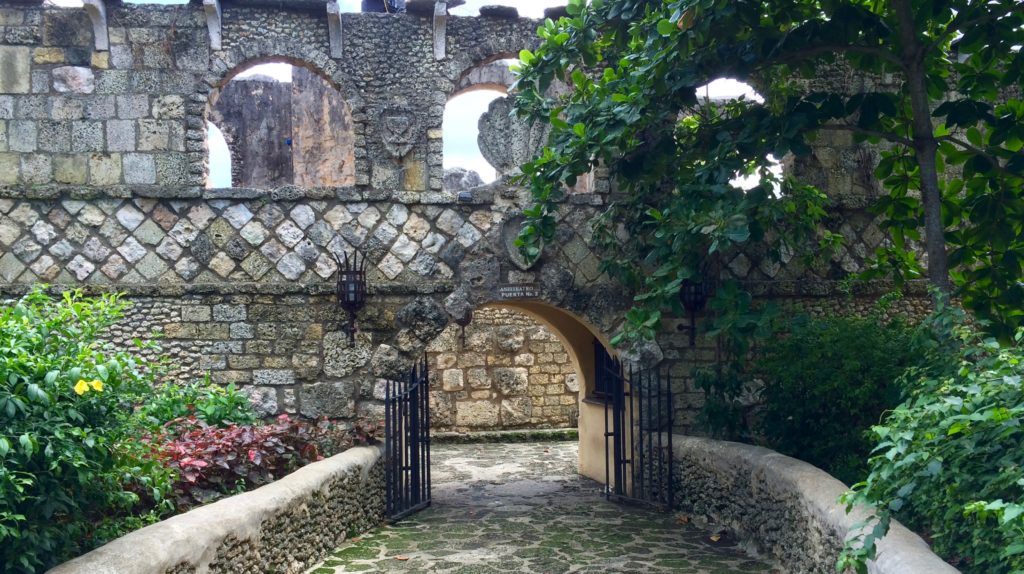 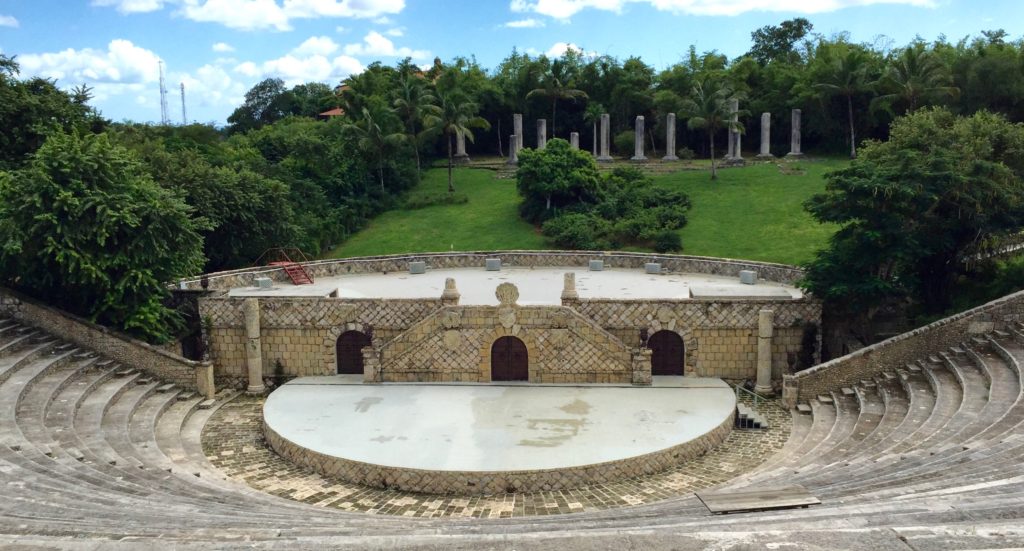 Altos de Chavon is known for its rotating exhibits at The Gallery, its permanent collection at the Museum of Archeology, Art Studios by Emilia Robba, and the Altos de Chavon School of Design. Construction was begun in 1976 and completed in the 1980s under the direction of the Italian architect Roberto Copa and industrialist Charles Bluhdorn. 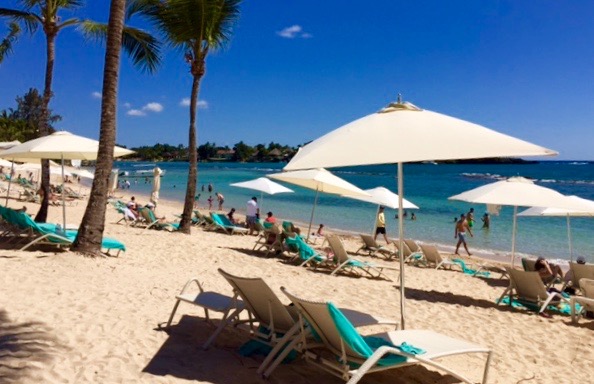 The extensive Casa de Campo grounds adjacent to Altos de Chavon are laid out as residential areas with homes and some low-rise condominiums surrounded by first-class recreation. For some residents the draw is probably the excellent marina, superior golfing, or the beautiful Mintas beach. My first visit involved meetings in the hotel’s wood-panelled conference rooms. The hotel staff served an excellent buffet lunch to the conference-goers, everything beautifully done. 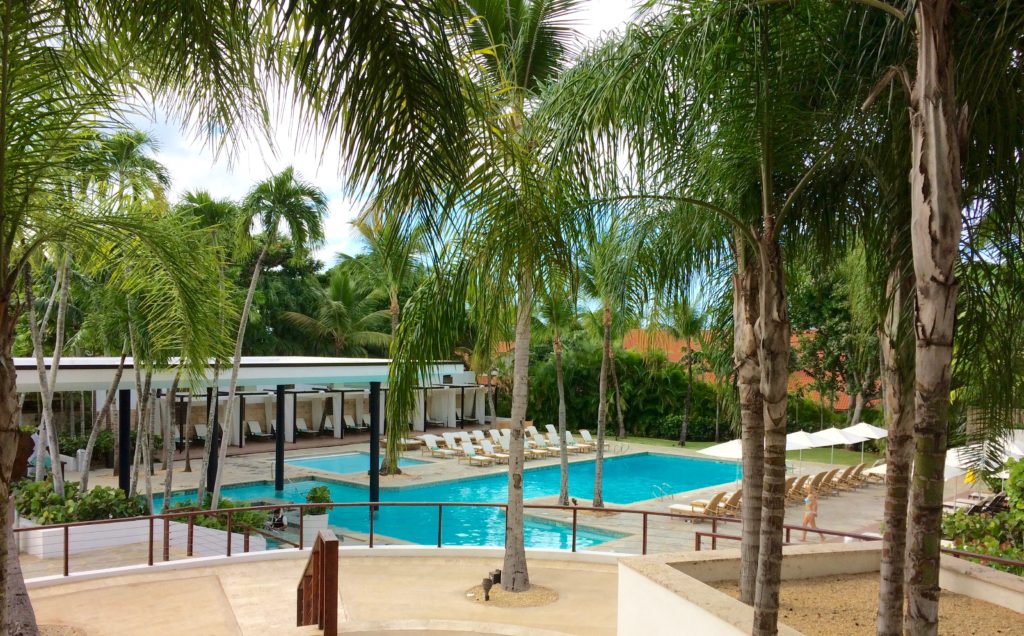 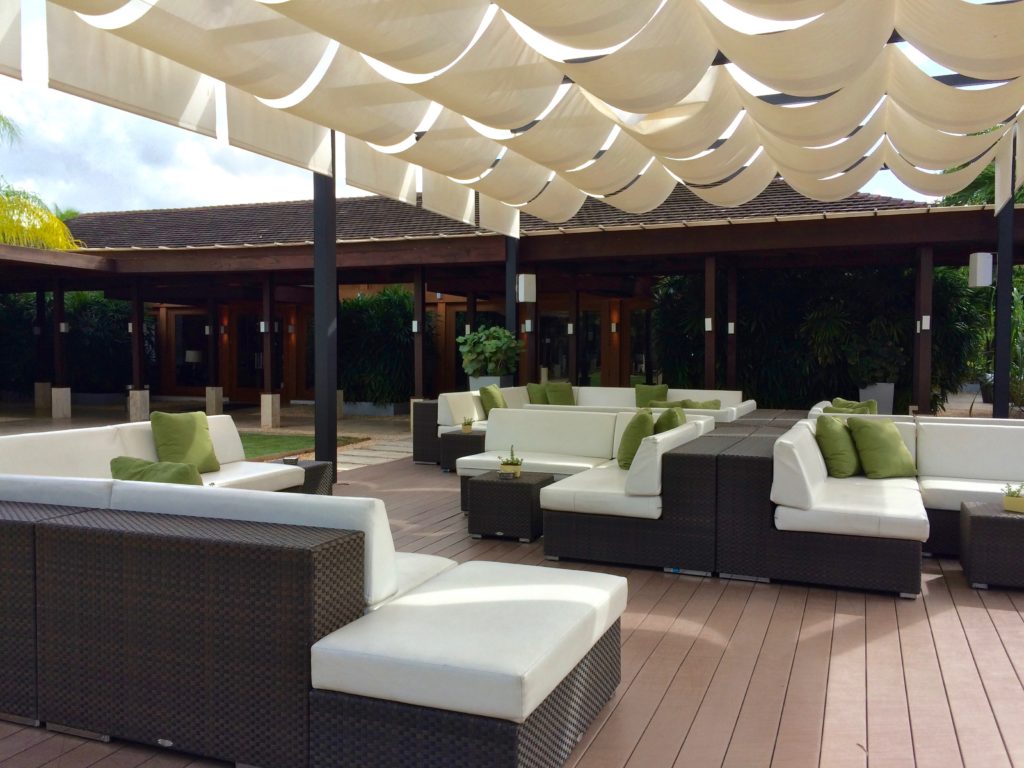 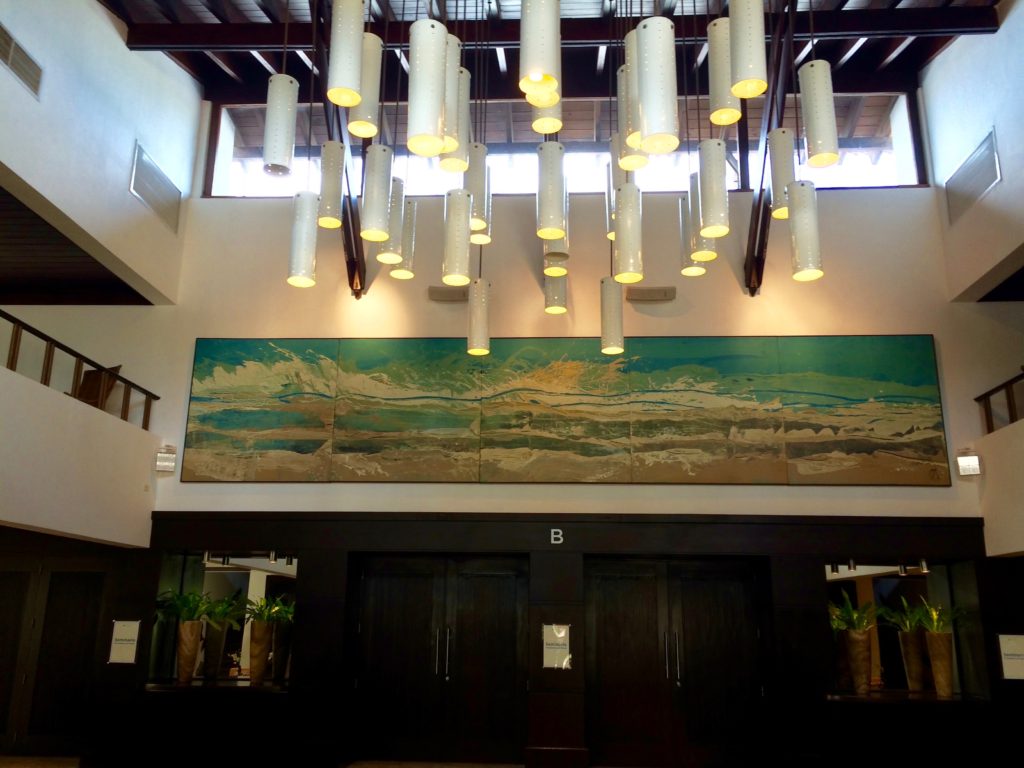 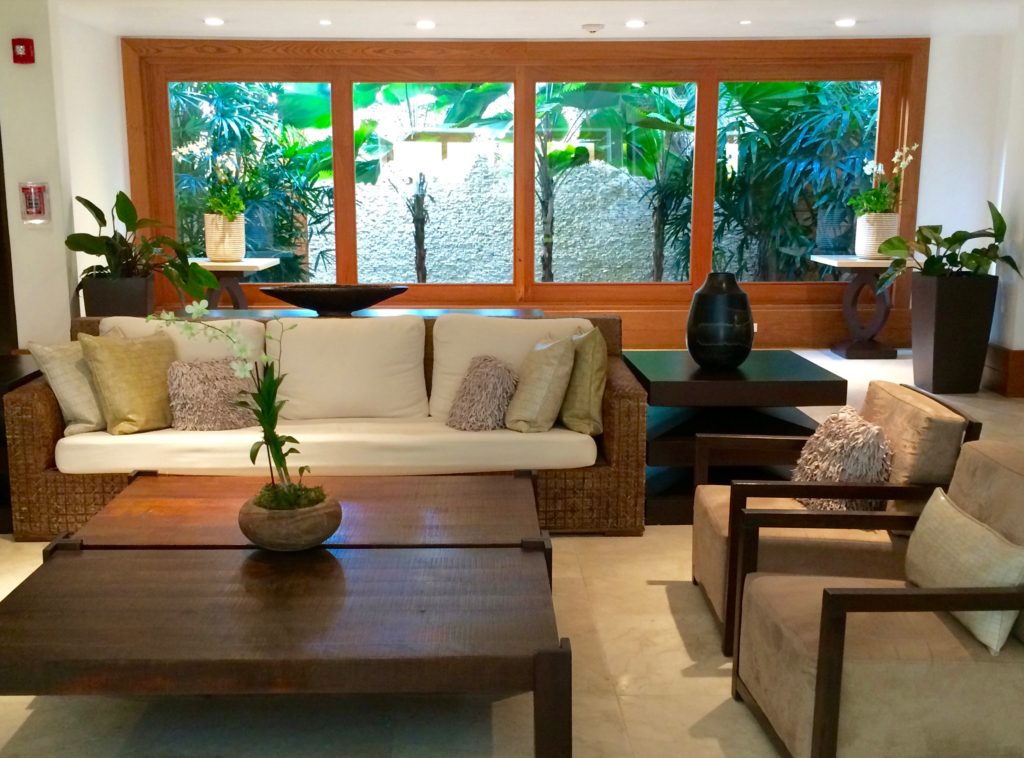 While there’s much to admire in Casa de Campo, its chief draw for me is the game of polo. I first discovered polo when I was in my early teens. I could imagine dashing headlong down a grassy field on the back of a beloved horse, spectators cheering. What I couldn’t imagine was why polo was dropped from the Olympic games after 1936.

But the idea of training a perfectly good horse to stop on a dime and not flinch when a mallet is swung close to its head seemed fairly useless to the important people in my life. Nevertheless, for decades I remained attached to horses and dreams of what seemed to some like a bizarre accomplishment. Mortality always rules in such cases, and polo lessons became impossible. Finally my polo ambition devolved into a bucket list entry: Watch a live polo match at beautiful Casa de Campo near La Romana! 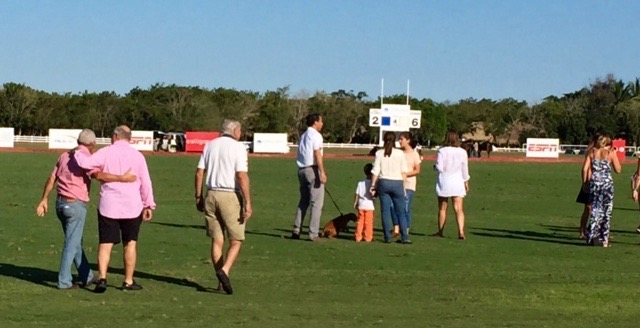 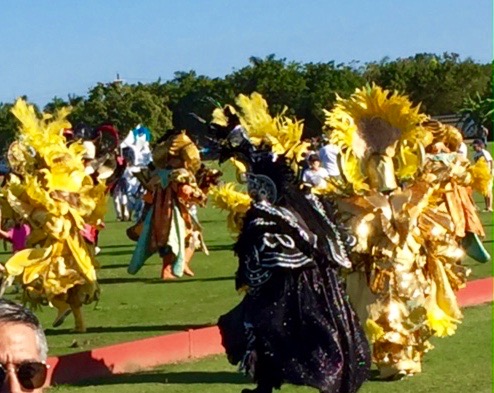 I loved watching the horses run full tilt and stop in an instant. The day we attended, the game involved four chukkas. After the first two when the teams took a break, the spectators flooded onto the field to repair divots. Following them came brilliantly costumed pre-Mardi Gras figures, whirling and flashing in the afternoon sunlight. The professional polo season begins in November and ends in April, but you can take lessons year round.

If you want to visit Altos de Chavon and Casa de Campo for a day trip, but don’t plan to spend the night in the Casa de Campo hotel, here’s the drill. Go to the Casa de Campo website and email your request to Security. Tell them the date of your projected trip, the passport numbers for each person in your car, and the make and license plate number of the car you will be driving.

On the day of your visit, just before reaching the two guard houses in the middle of the road, drive to the low building on the right, park your car, and present yourselves at the front desk to the security people. If you want a day pass for the beach, it will cost $25. If you want to watch polo, it’s free (no tickets required either).

They’ll also send you on your way if you want lunch at Altos de Chavon. When you reach the gate to Altos de Chavon, the entry fee is waived with local ID. For tourists, it’s something like $5 US.