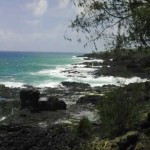 My sister has developmental challenges in that she lives in a 40-year-old body, but emotionally she’s a pre-teen and intellectually much younger than that. She does very little reading, writing, and math. My parents adopted her as young child from a Mother Theresa orphanage in Calcutta, India. She’s been a member of our family since she was a child, but I was grown and gone by that time. I’m a senior at this time of my life and am now her legal guardian, so I have to say I was a little surprised when she called me and asked me if I’d like to take a cruise to Hawaii with her.

I had some questions as to whether we would make good travel companions. She can be pretty defiant and has problems with authority figures. Because of it, sometimes she can have roommate issues. She dislikes people telling her what to do. If she’s crossed, she can get angry and kick a hole in the wall.

In my parents declining years, my husband and I became her caregivers for six years, but she’s been in independent living for the past nine years. The system is set up to make sure the clients have choice, which helps her feel more on her own, more independent, and not simply doing the family bidding. During this time of community placement she has worked various places as a dishwasher, food prep, and clearing tables. The staff has been working with her on her anger issues. They do not approach her in a high-authority way; instead, the staff is very reasonable with her. Fortunately I had no behavioral issues with her on the trip.

She was able to save enough money for her dream vacation – a cruise to Hawaii. The 17-day cruise didn’t fit our travel window, as we determined that neither of us could take more than a week off from work. So she agreed to fly there and take the 7-day cruise to the different islands. We flew into Oahu and cruised to each of the main islands, Maui, Kauai, Molokai, Lanai and the big island of Hawaii.

My sister’s developmental age makes traveling with her similar to planning for a trip with a young child. She would look at pictures and make choices that way, but she can’t make any reservations on her own. Since her mental processing age is pre-teen, the staff went through the pictures with her. I would email the staff all the shore excursions that were available on each island, and the staff would explain them to her. The report I got back was that she most wanted to see the volcanoes and go snorkeling. 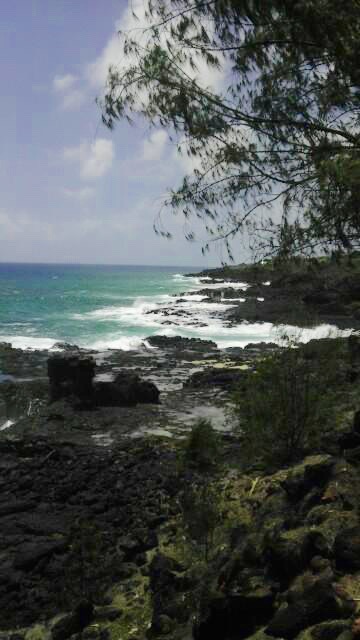 My sister’s cruise to Hawaii

Consequently, we signed up for three snorkeling trips, which turned out to be three too many. We both got seasick and had to experiment a bit with seasickness remedies both on the cruise and on the smaller boats. We started out with a patch, which helped. On the second excursion we tried the acupuncture wristbands, but we both got seasick and decided we’d had enough snorkeling. In order to cancel our third snorkeling event, however, we had to go through the ships’ infirmary. They introduced us to another medication that was effective.

I was proud of my sister for being able to catch onto how the snorkeling worked. But in another way the snorkeling excursions were very disappointing. They kept us too high up in the water where the colors of the coral were all greyed-out. I asked the guides why that was, and they said “Tourist pollution.” By contrast, years earlier when I’d lived in Samoa, I had seen very beautiful, colorful coral.

When I went through the itinerary before we left, I had picked out a Zip-line. My sister was more afraid of the zip-line than snorkeling, but she closed her eyes and held on. I admire her for her sense of adventure.

Keeping track of her

Probably the most taxing aspect of the trip for me was trying to keep track of her at the breakfast buffet. Guests could go anywhere in the food court on ship, so finding her again was a task. On the other hand, she enjoyed certain routines. For example, she wanted to be with the same waiter every night. Her speech is clear, with direct, short sentences and he was very good to set up a personal connection with her. The personnel on the cruise were all wonderful to her. The cleaning lady came every day and my sister enjoyed leaving a tip for her. 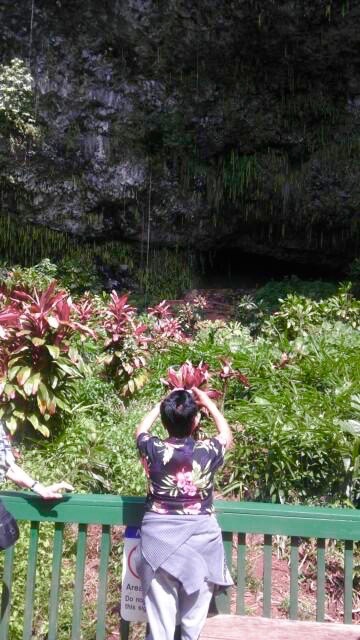 My sister photographing the foliage

The entertainment on the ship all day long appealed to my sister, so we listened to the history of the islands, made leis from fresh-flowers and brown/black seeds, and watched the Broadway-type shows with singing and dancing. But the performer who really caught her attention was the magician. One of his stunts was to be locked up in a swimming pool on board ship. How he got out of that situation caught my sister’s imagination. She wanted to be right there by the side of the pool to watch him do it.

Another of my adopted sisters is a Samoan who had married a Hawaiian. They live at Kona on the Big Island and showed us fun new places. She took us on wonderful hikes to the waterfalls and souvenir shopping at the flea market at Kona. We were glad to get to do shopping on the islands instead of on the ship.

One day my sister was particularly excited, because she had determined to pay for our lunch that day. Being able to be the generous sister who did the treating mattered a lot to her. I tried to keep in the background when she processed transactions on the ship’s card. Of course it was linked to my credit card, but it was still a good way to help her feel independent. The ship’s card was used for extras like pictures—at every port there was always a photo booth set up with characters from the island. I also made sure she had cash to tip.

Beyond the variety of things to do and see, I think her greatest joy came from experiencing the independence money could give. She lives in a world of “about me,” and it was exciting for her to be able to give. Interestingly, all the souvenirs she chose were for other people, not for herself. And these gifts were never the same. Each was a very specific choice for individual roommates and staff. 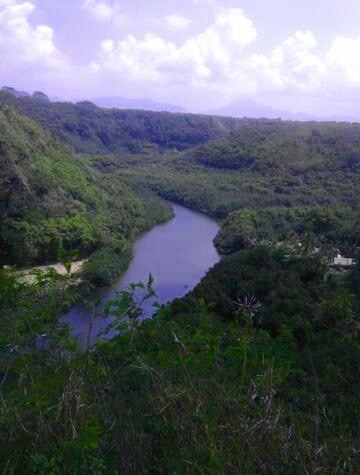 Hawaii through my sister’s eyes

Did I have any fun?

Yes, I did. One great pleasure for me was watching how people responded to her. She’s very short, like a pre-teen, and sometimes speaks like one. She’s very gregarious and I appreciated how kind people were to her. I also enjoyed watching her be tickled about having paid for everything. That showed her desire for independence being fulfilled.

Would I have had more fun with someone else?

No, I wanted to be there for her. In some regards it was a service, but that’s what I enjoy doing. I felt gratitude to her for being able to pay for our experience together, and I was also grateful for being part of some happy memories that we’ll treasure for the rest of our lives.