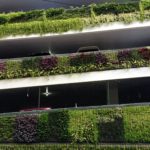 Cultural sensitivity and road rage are categorically incompatible. But cultural sensitivity is more difficult to achieve than at first appears. I’m thinking of Dominican driving practices. I conclude many of my blogs with an Astounding Driving Event that is befuddling in the moment (translate that as terrifying), but amusing in retrospect. I’ve found another way to look at it.

While I was in India recently, we saw road events from a great height. We were taken from one beautiful place to the next in a very large tour bus with huge windows arching up through the ceiling. This vantage point allowed us to view the traffic below in specific detail, but without any personal engagement. What I saw was fluidity of movement. I had never seen so many near misses in my entire life, but somehow, inexplicably, they make it work. The traffic obeyed no laws that I’ve ever driven under, but we didn’t see one single accident in our week there. How did that happen?

The difference for me in the Dominican Republic is that I’m in one of those little cars down there having near misses. I’m one of those drivers having near-heart events with every near miss. But if I think about the traffic in terms of a fluid, it all makes sense.

Think about how a fluid works. If there is a gap in the flow, the fluid flows quickly from sides and top—anywhere possible—to fill that gap. A fluid allows no spaces. A fluid always seeks to fill a space. The same thing happens with the traffic here. If I keep the distance from the next vehicle that I was taught would prevent rear-ending accidents, some other driver pulls in front of me. If I don’t nose my car right up to the car in front of me, I’ve left a gap that the other cars see as a vacancy to fill. We’re all part of a fluid.

For the first month I was here, I declaimed to the occupants in the car that other drivers were bullies who hadn’t gone to kindergarten and learned how to take turns. I don’t have to do that now. The other drivers are simply following the law of fluids. And I’d better become a fluid rather than a cork in the flow. Seeing it that way eliminates road-rage.