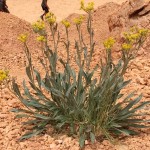 Bryce Canyon National Park is just a short drive east of Cedar Breaks National Monument on Hwy 12. Both the Lodge and Ruby’s Inn at the mouth of the park were full, so we stayed in a tiny town called Tropic and took a chance on the Bryce Trails B&B. That chance was a lovely experience, with large, clean, and comfortable rooms in a tranquil setting. The host and hostess proved helpful in every way, the breakfast superior, and we’d recommend the B&B without reservation.

That night we attended a ranger presentation, expecting an introduction to the night sky we hoped to see, supposing the clouds parted long enough for us to see the stars. Instead we heard a very basic summary of world anthropological and geological theory with the history of astronomy thrown in. While it may have served the cognitive level of middle school students, it would not have satisfied their curiosity about the solar system. Very disappointing.

While Bryce Canyon is listed as a dark sky park, we did not factor in the Blue Moon. Ever since I was a child I’ve heard the phrase “once in a blue moon” in reference to a rare event. And that’s what we got the first night we visited the park. The second full moon to occur in a single month is a Blue Moon. Not only was the moon full, but the sky was also overcast. I guess we’ll have to make another visit to a dark sky park. Natural Bridges National Monument further east in the Four Corners area is also an excellent place to observe the starry sky, so that might be an option for another year.

Bryce Canyon allows an up-close encounter with the red rock formations we’d seen at a distance the day before in Cedar Breaks. The best way to see the park is to leave your car at the Ruby’s Inn complex near the entrance and take the free park shuttle that runs every ten minutes or so. The shuttle allows unlimited hop-on/hop-off access to the most famous formations. Visitors are allowed to drive their own cars, but parking is at such a premium that the shuttle is far more convenient. 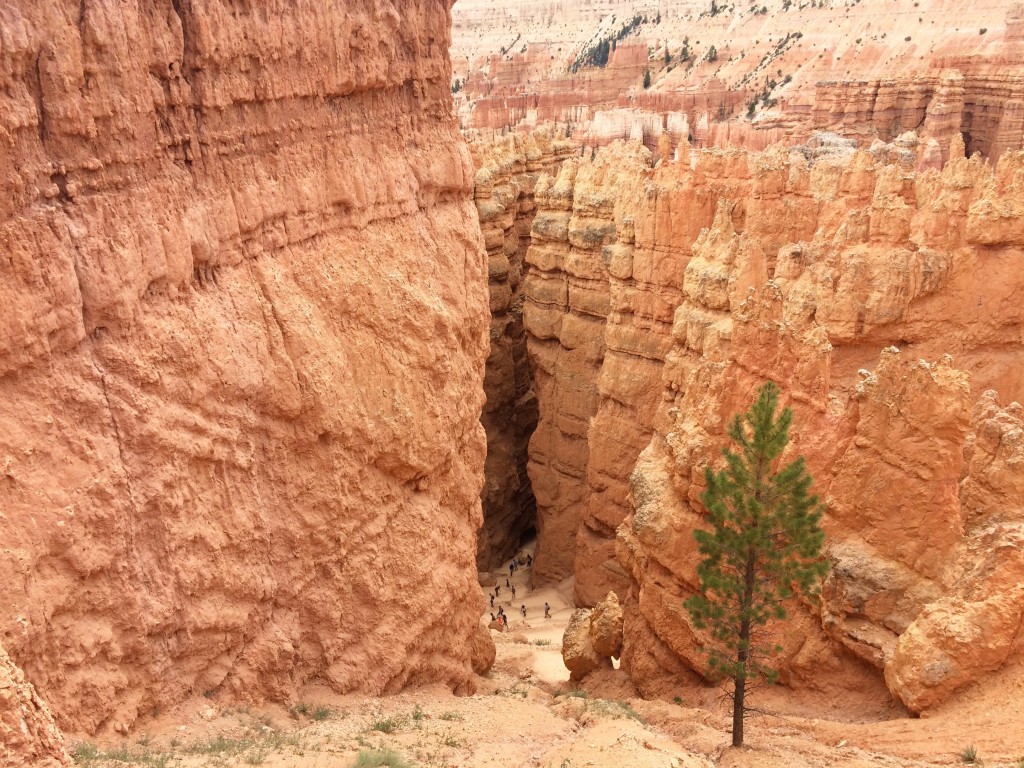 We intended to hike the Navajo Loop, but were lured into the depths of an amazing slot canyon. Incidentally, no signage at a crucial juncture told us how to stay on the loop. We watched various groups of visitors try to figure it out, which made for some interesting people watching.

The next morning we arranged for a helicopter tour of Bryce Canyon National Park. My friends had taken similar tours before, but it was a first for me. I loved the experience and would do it again in a heartbeat! Here are some of the views of Bryce Canyon from the sky. 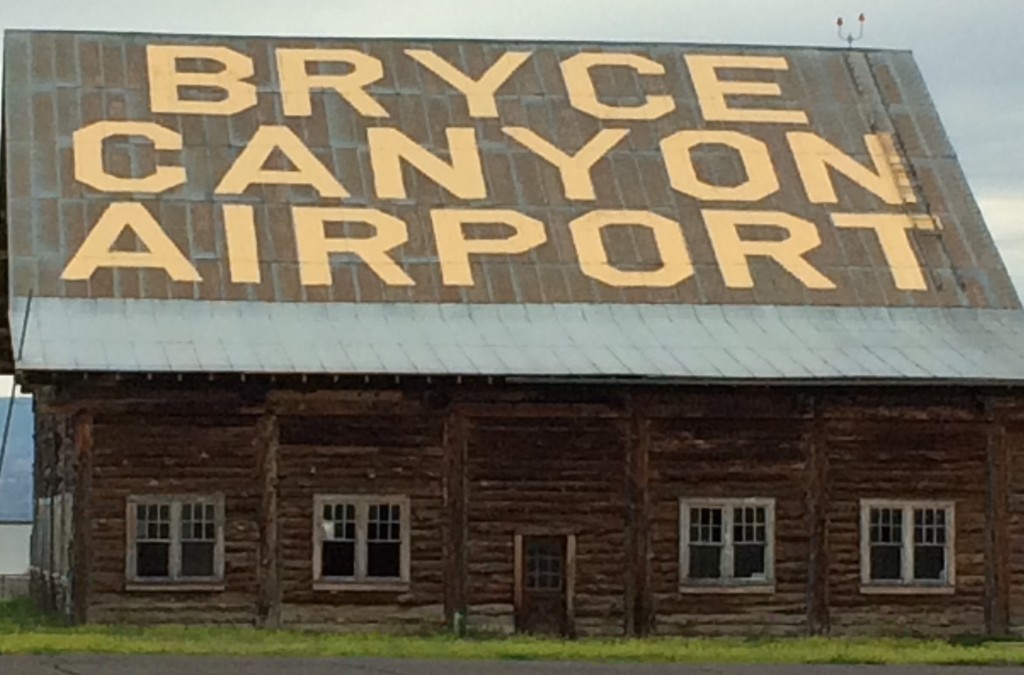 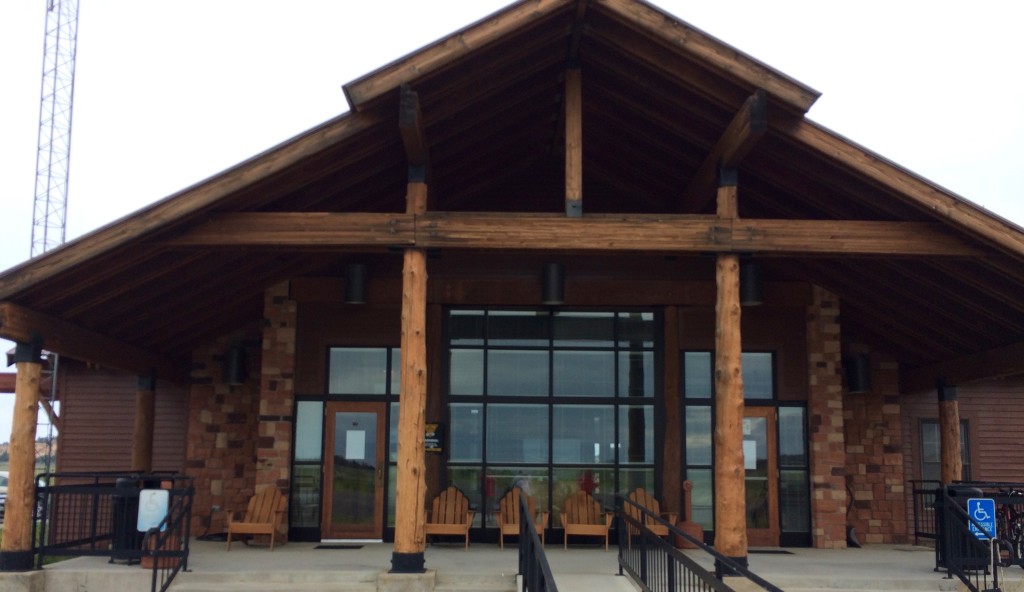 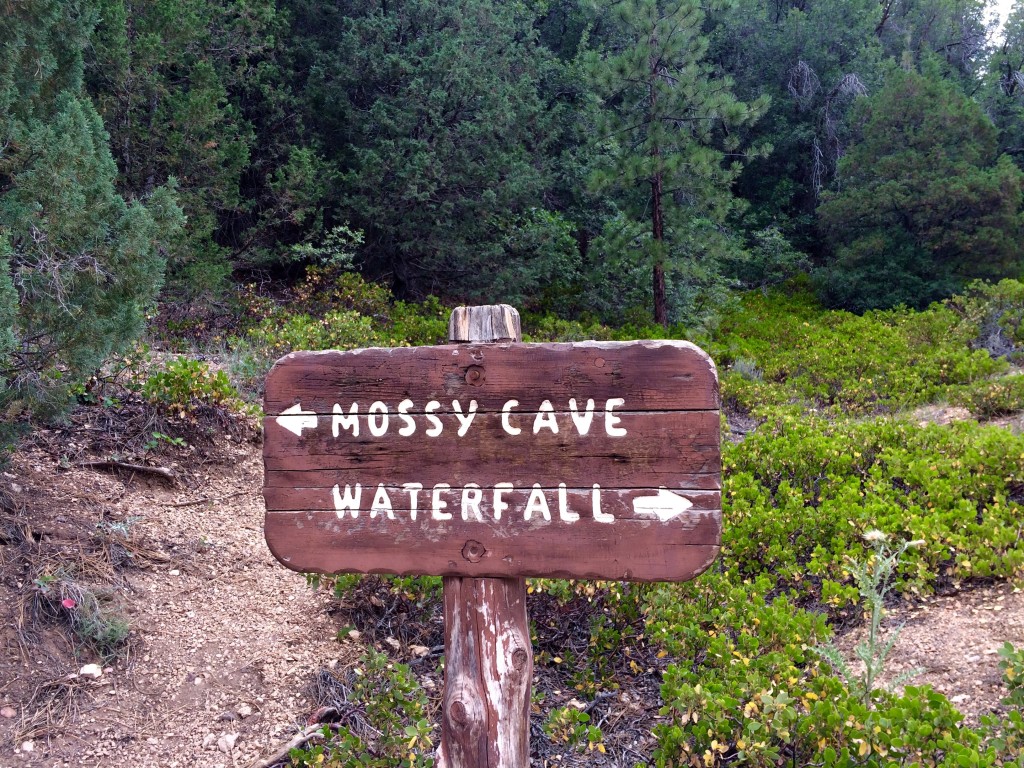 We then drove out of the park back toward Tropic to take the Mossy Cave hike. It’s a gentle incline with all sorts of lovely vistas, culminating in the view of a … yes … a … mossy cave.

Strangely, the National Parks service placed their marker directly in front of the cave so that it’s almost impossible to take an unimpeded photo.