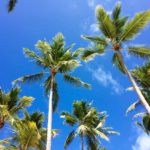 The beautiful resorts at Punta Cana have it all—azure water, soft white beaches, sunshine and darkness in near equal amounts, chocolate grown and processed in the country, recreation dedicated to a multitude of interests, plus its own airport. This was our first visit to a Caribbean beach and I have to admit to the enchantment I felt with the palm trees all around, the sound of the waves, the sand of the beach as fine as white flour. Walking bare foot has so little abrasive quality that it doesn’t even hurt under your sandal straps. 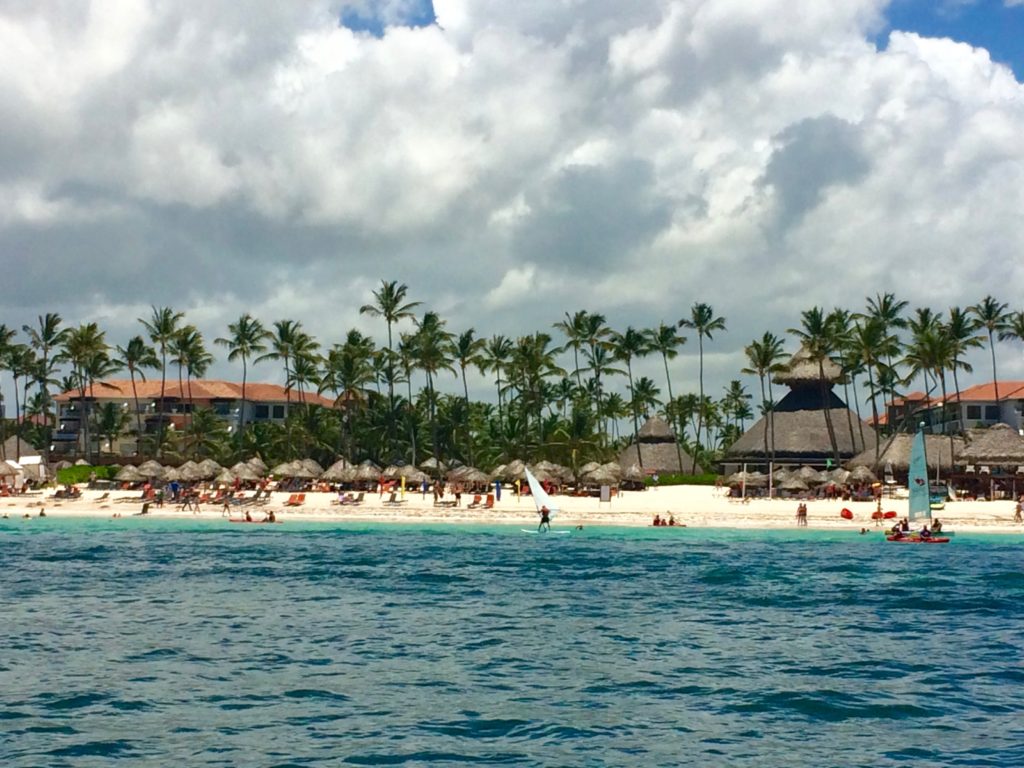 The sand clings to your skin like a coating. I considered rolling my body in it after applying insect repellant instead of using sunscreen, but furtive experiments on more limited skin areas were unusually unattractive. I’m still working on the concept as a practical solution for sunburn prevention. 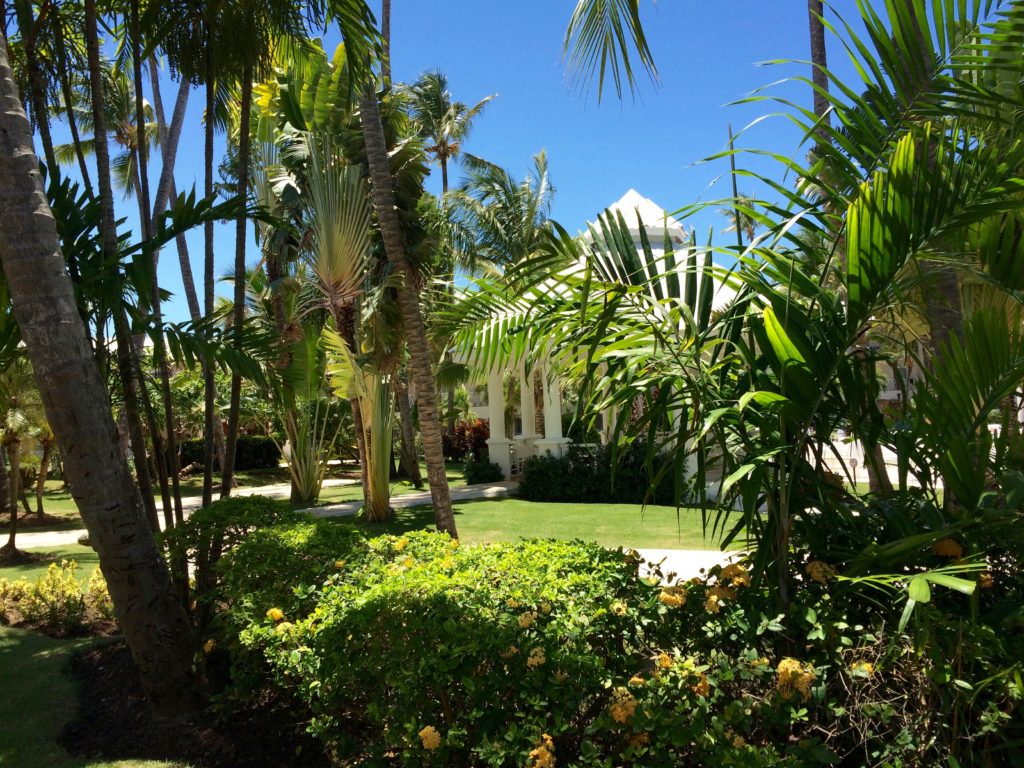 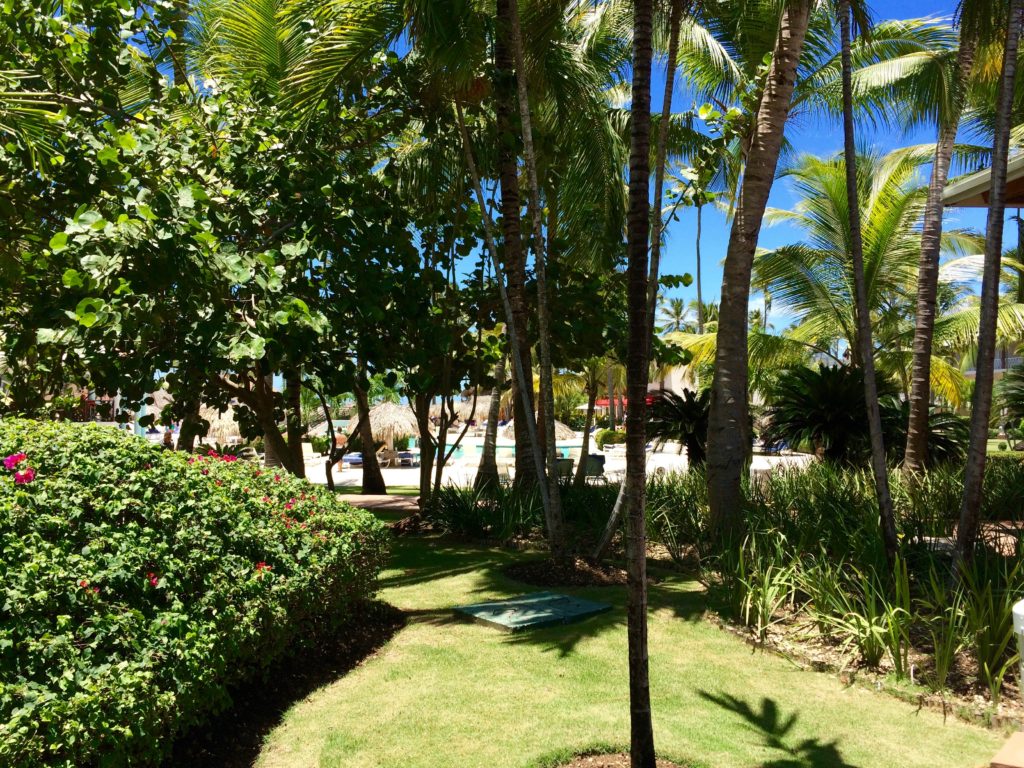 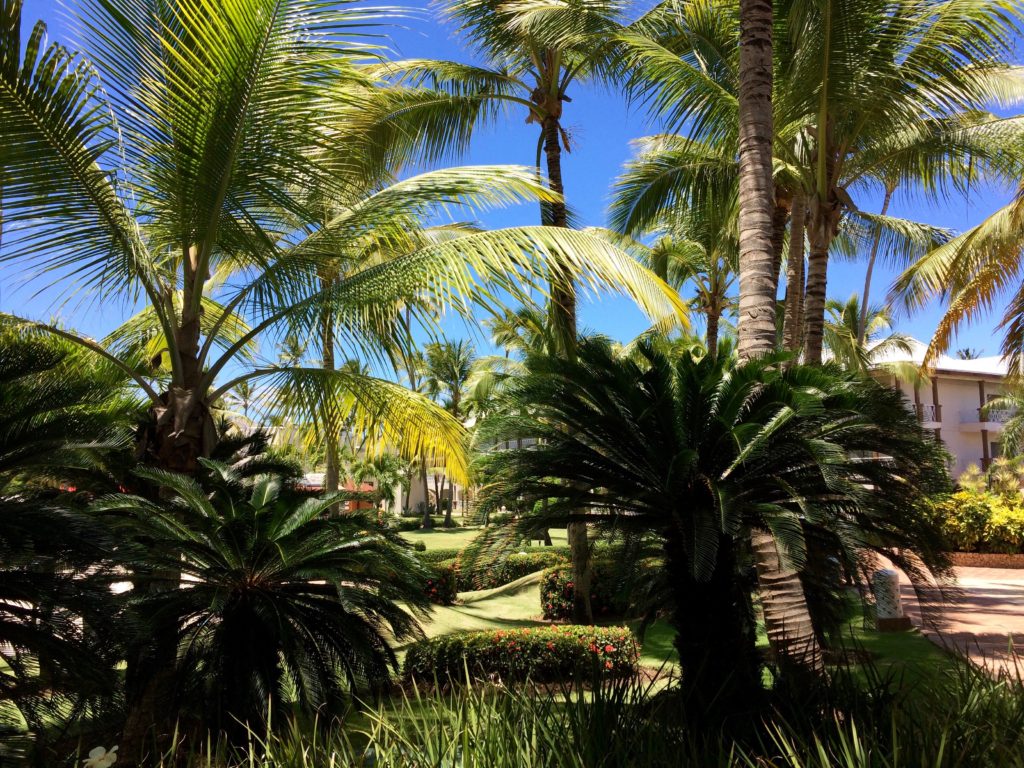 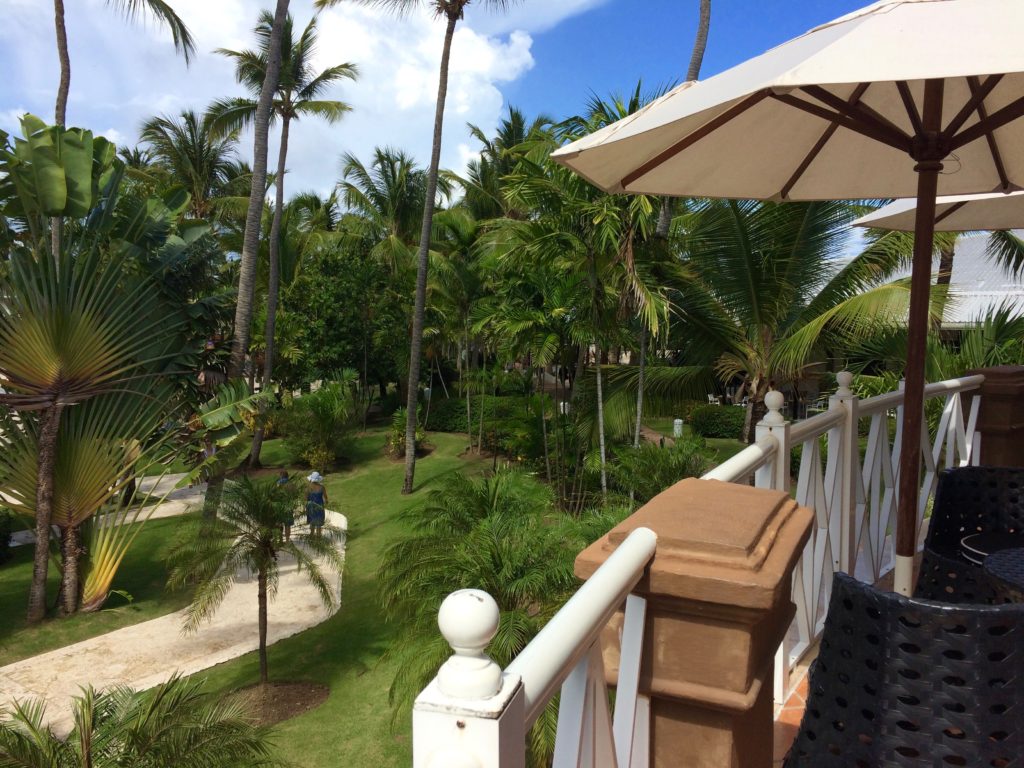 These photos show our first views of Be Live, an All-In resort. Everywhere you could point a camera was truly a photo-op with beautiful foliage and sparkling pools. It was an All-In affair with a buffet available any time of day or night. One evening we made reservations at a Mediterranean restaurant with a dress code and white tablecloths—a nice treat for visiting with friends.

But we will never go back to Be Live

Our out-of-town friends treated us to an excursion on a catamaran. The entry point to the beach was fitted out like a traditional Caribbean pirate cove, complete with a pirate ship in the harbor. It made the same stops as the catamaran, only slower. At one point our boat stopped and all the snorkelers aboard including me, jumped into the sea and headed for the reef, which is where the beautiful fish congregate. 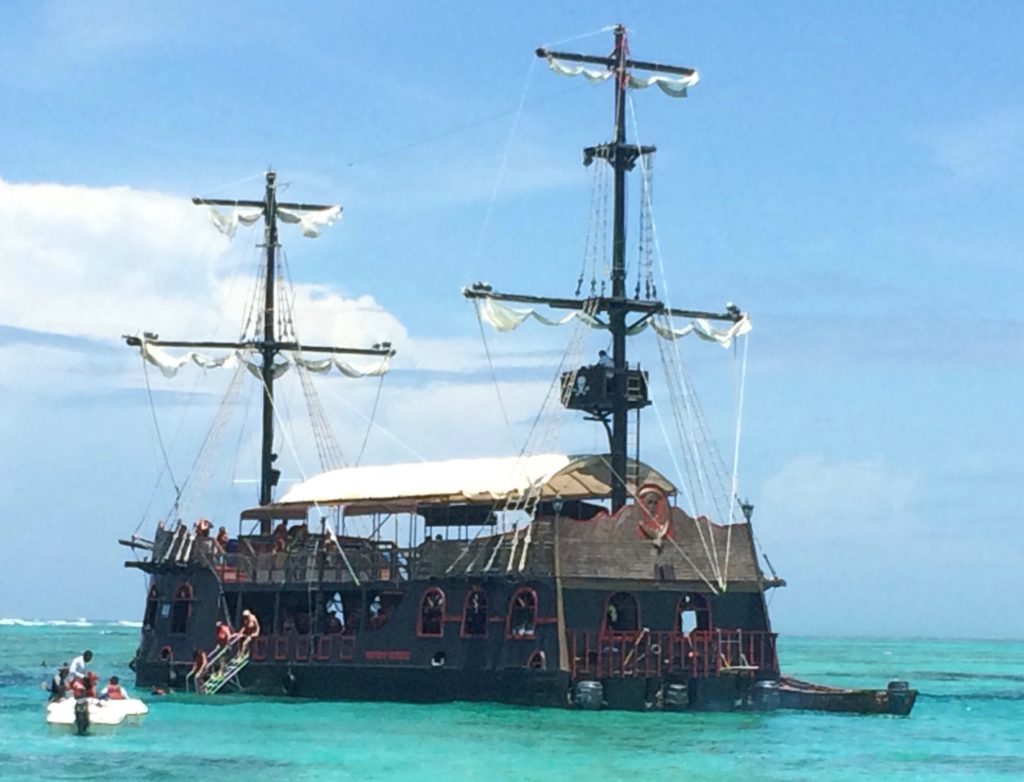 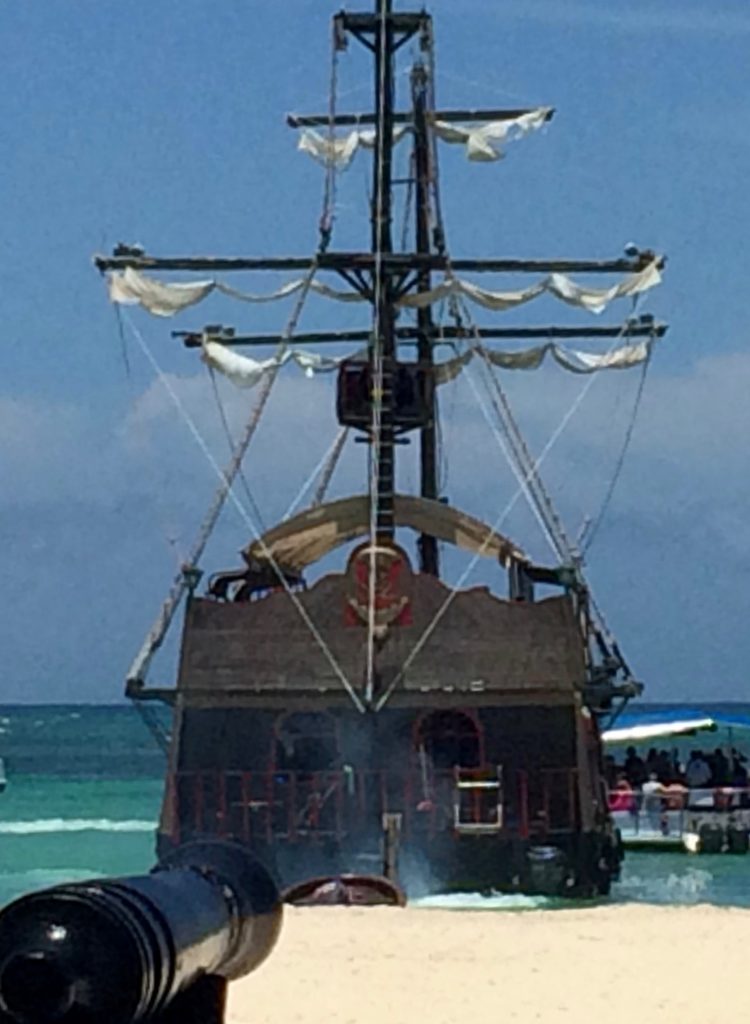 My friend is near-sighted and saw a lot of ocean floor grass – which was lovely, of course. I have better distance vision and saw several kinds of pretty fish swimming above the grass. But after what felt like a lot of time face down in the water, the reef still seemed far away. The tide was not pronounced because of the reef, but it was in fact going out. Combined with that, a number of smaller parasailing craft drove through the area where we were snorkelling, which created a lot of waves. Swimming proved very tiring while wearing life vests, so it was probably a good idea to have returned to the ship when we did.

The catamaran next stopped in about three feet of water. Everyone climbed out of the boat and stood around in the water drinking rum and coca cola while the speakers from the boat blasted us with US-style rap music. It was all rather novel for about ten minutes. After an hour? How about annoyed, deafened, and tired.