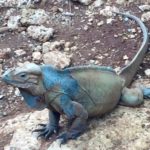 Just a few miles west of La Romana, Cave of Marvels holds ancient aboriginal petroglyphs and Rhinoceros-iguanas in pens nearby. The guide told us that Cueva de Las Maravillas is owned by the government but operated by a trust that purportedly protects from vandalism not only the stalactites and stalagmites, but also the petroglyphs. As to the stalagmites, most of them were erased when the shiny tile flooring was installed, so I’m not sure what he meant by “protect.”

But that didn’t quite prepare me for what had been done to the petroglyphs. I’d seen impressive photographs of the Ancient Taino people’s drawings on the shadowed walls of the cave and looked forward to a first-hand view. When the guide told us the cave drawings had started to look faded so they had their workers freshen them up, my eyebrows nearly hit the closest stalactite!

How to Deface a Petroglyph

The freshening must have been done with instruments as lacking in subtlety as a one-inch black household paintbrush or a wide-tipped black felt marker pen. Someone went so far as to draw a large smiley face on a stick figure, an in-your-face kind of statement about the value of aboriginal art. I felt sad for the Taino people and wondered what they think about the defacement. Patrons aren’t allowed to photograph the caves without a special permit, so I can’t show you any examples to support my indignation.

Fortunately only about 20 to 30% of the caves are currently open to the public. We can hope that some future enlightened curator will ban all felt-tip markers so that any remaining cave-drawings will appear just as faded as time has legitimately rendered them. 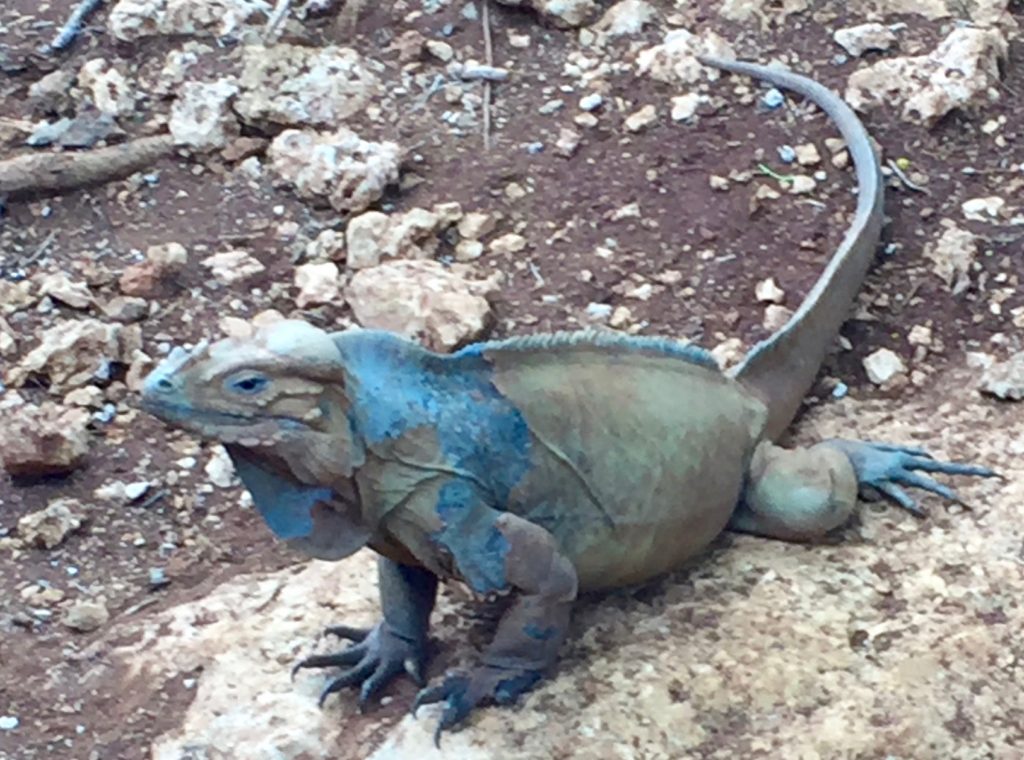 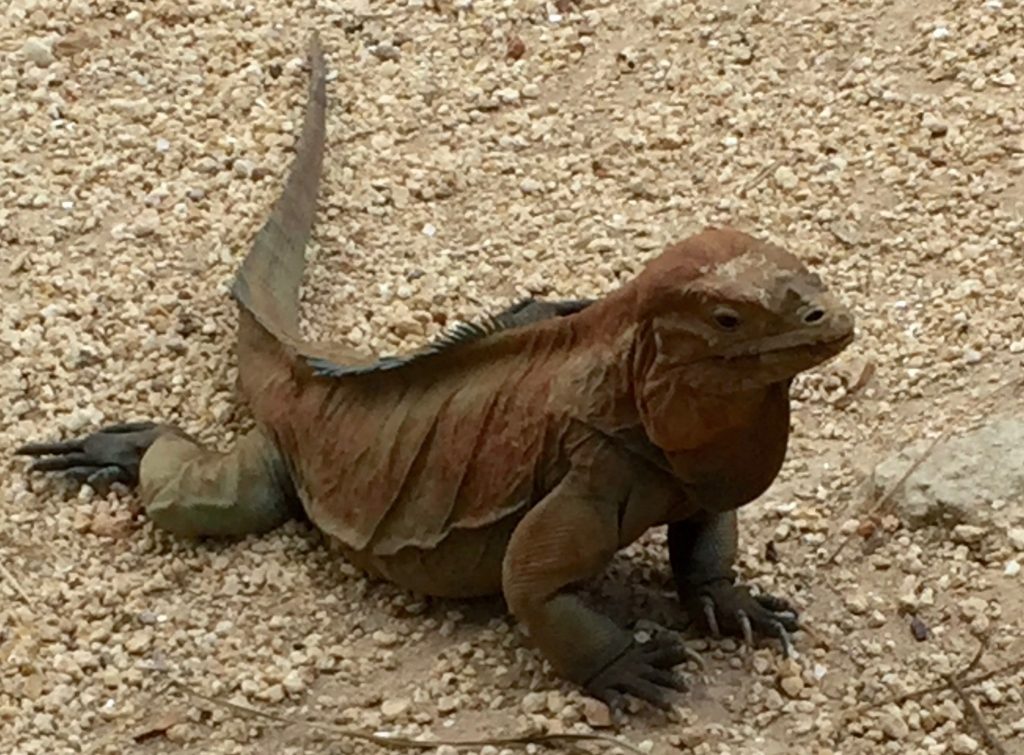 Outside the Cave of Marvels we discovered a sanctuary for rhinoceros-iguanas. They are big (growing up to three meters in length) and ugly and fascinating, a very close cousin to the dinosaur. One enclosure used brown gravel and rocks, and the iguanas there are a rusty-brown, almost indistinguishable from the surroundings. The rocks of another enclosure were more grey in tone with a slight bluish tinge, and you can see how very blue those iguanas were.

We also captured a video of a rhinoceros-iguana power-play that occurred in one compound. I can imagine character and motive for this guy! Maybe the prototype for a gamer’s narrative?